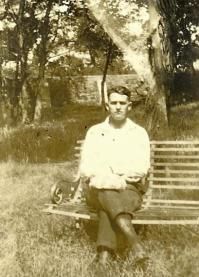 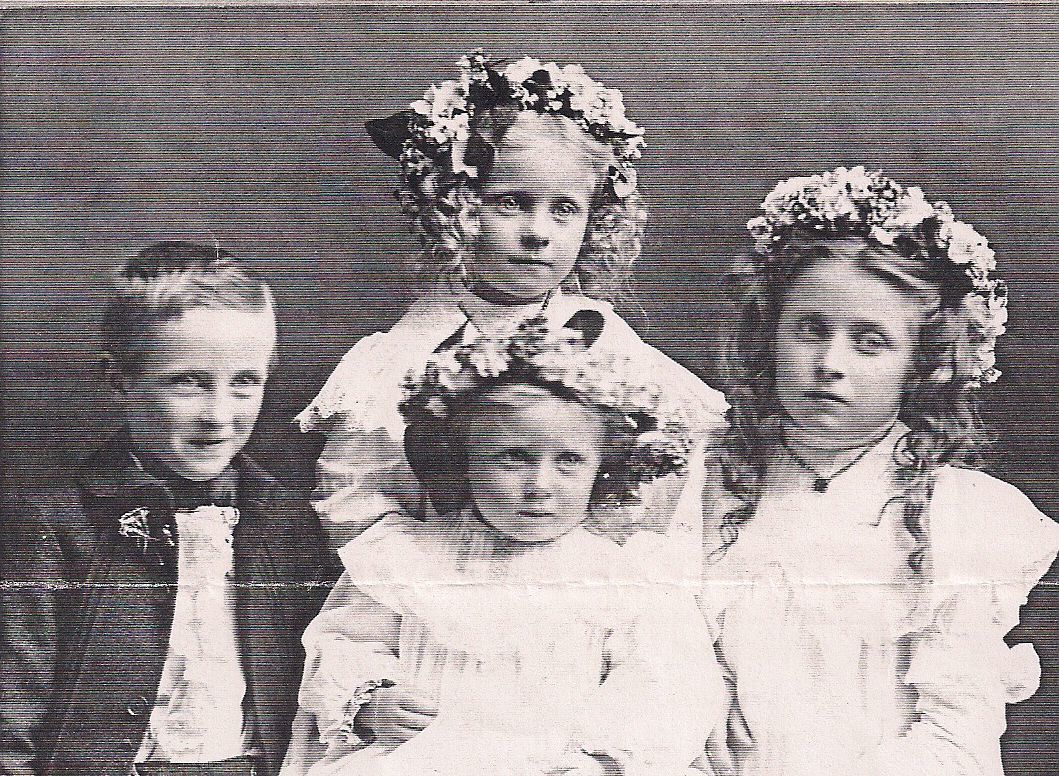 Walter Cozad, left, and his sisters, Hazel Cozad, top, Ruth Cozad, center, and Eva Cozad. Later there was another sister, Vesta Cozad. The baby, Ruth, was killed in a buggy accident later on the day this photo was taken, circa 1902.

Walter Cozad, left, and his sisters, Hazel Cozad, top, Ruth Cozad, center, and Eva Cozad. Later there was another sister, Vesta Cozad. The baby, Ruth, was killed in a buggy accident later on the day this photo was taken, circa 1902.

A world-wide epidemic caused by influenza viruses led to between 50 and 100 million deaths in 1918 and 1919 (as much as one in every 18 people). Because neutral Spain was not censoring news, it became associated with Spain, but its origins are more likely to be the U.S. or France.

It came in three waves: Spring 1918, autumn 1918, and winter 1919, and the second wave was unusually deadly. Unlike typical flu pandemics, it disproportionately killed young, healthy adults. Many researchers have suggested that the conditions of the World War I significantly aided the spread of the disease. And others have argued that the course of the war — and subsequent peace treaty — was influenced by the pandemic.

It’s difficult to imagine what this type of outbreak would be like today. In 1918, approximately 1.8 billion people inhabited this planet, 20 percent of the current population. Were this same pandemic to happen today, the number of illnesses would be astronomical. But, new research shows the Spanish flu and its associated pandemic may have been partially caused by an event we remember every November: World War I.

The First World War started July 28, 1914 and ended Nov. 11, 1918. On April 6, 1917, the US Congress voted to declare war on the German Kaiser and his allies. It is estimated that 18 million people lost their lives during the war, which ranks among the deadliest in human history.

President Donald Trump will travel to Paris to participate in a Nov. 11 commemoration of the 100th anniversary of the armistice that ended the war. The President’s participation in this event will highlight the sacrifices that Americans have made, not only during World War I, but also in the century since, in the name of liberty.

Our family was directly affected by both World War I and the influenza epidemic. Both my husband and I have great uncles who died of the influenza while serving in basic training in the army. Fortunately, people who knew them have told stories about them, so they are not forgotten.

My husband’s great uncle, William “Bill” Thompson of Coweta, Oklahoma, was the youngest child of his parents and was much loved, especially by his niece, Agnes Gausnell. She wrote about him in her childhood memoirs, “Oklahoma Tomboy.”

Agnes told how in July 1918 her Uncle Bill took her to a store and bought her some red and white stripped material for her mother to make her a Fourth of July dress. There is a whole chapter in her book about the red and white striped dress, but her favorite part of the celebration was when Uncle Bill danced the last dance with her and told her she was his favorite Fourth of July girl.

In September that year, Uncle Bill was drafted and left Oklahoma for basic training at Fort Pike, Arkansas. In early October, his mother learned that he was ill with the “influenzie.” She traveled to be with him so she could nurse him with her “hot toddys,” which she believed could have saved him. But the doctor would only let her give him sips of water. She was with him when he died, and she and another soldier escorted his body home. It was a horrible blow to his family.

My great uncle, Walter Leo Cozad, was born in 1896 in Lookingglass, the only son in his family. He signed his draft registration card on June 5, 1918. He died of the Spanish influenza on Sept. 5, 1918 while receiving basic training at Fort Lewis, Washington.

His family remembered that so many people at the camp were sick and dying that there was no one to care for him, and he died alone in his tent. His father took the train from Roseburg to Fort Lewis to bring his body home. Again, what a tragic blow to his family. He is buried in the Lookingglass Cemetery next to his parents. His name is on a plaque at the Douglas County Courthouse.

War is such an awful waste of lives. But to think that these men died before ever getting out of boot camp might even be worse. Nevertheless, we remember them fondly and honor them for their sacrifice.

Patricia Gausnell is a native of the Roseburg area and began researching family history as a teen. She is volunteer at the Family History Center of The Church of Jesus Christ of Latter-day Saints and has taught genealogy classes at Umpqua Community College. She also loves helping others find their roots.