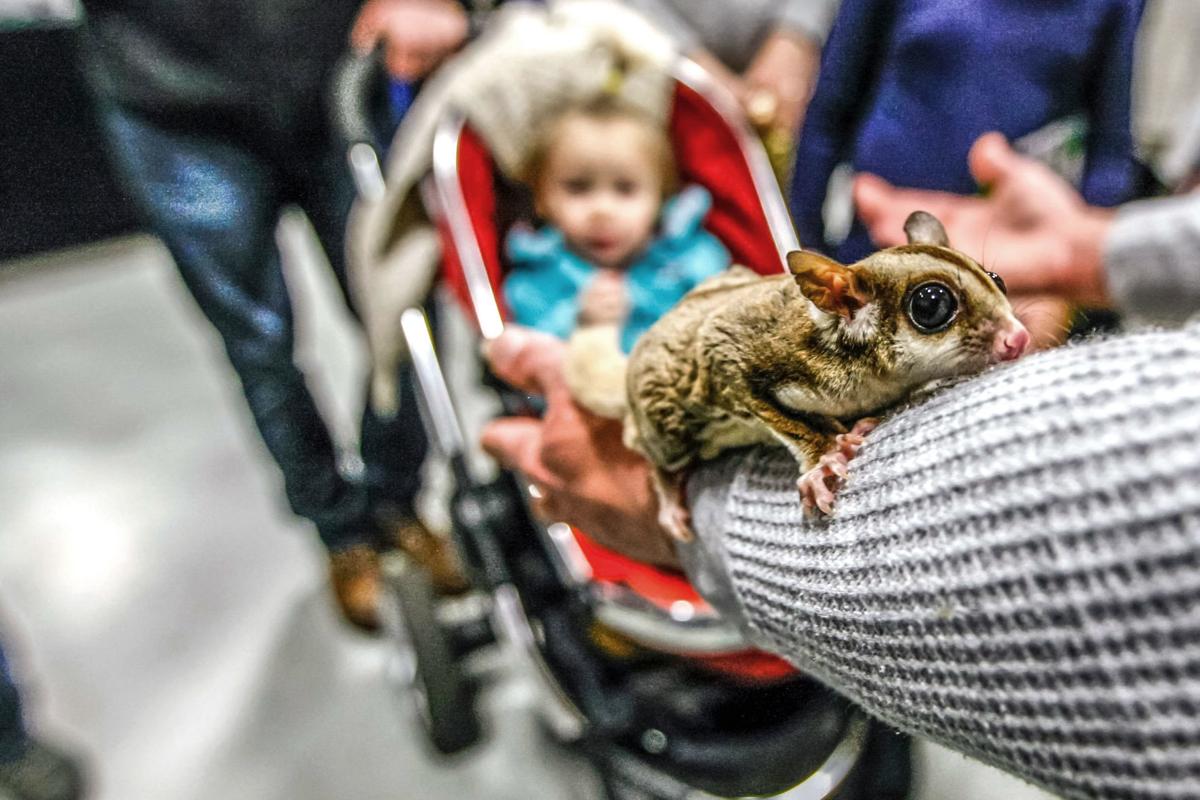 While Kayna Hahn, 18 months, looking on, a sugar glider crawls up the sleeve of Brad Church at the Pocket Pets booth during Sportsmen’s & Outdoor Recreation Show in 2018. 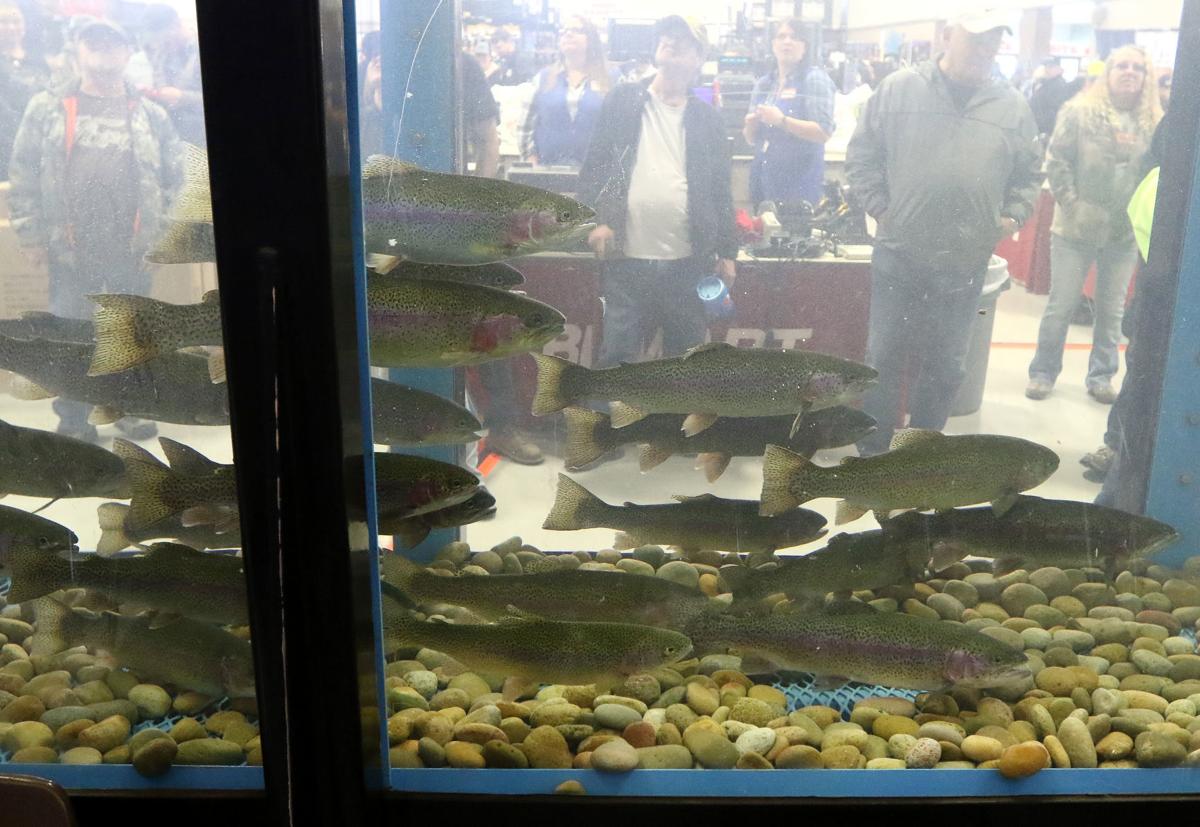 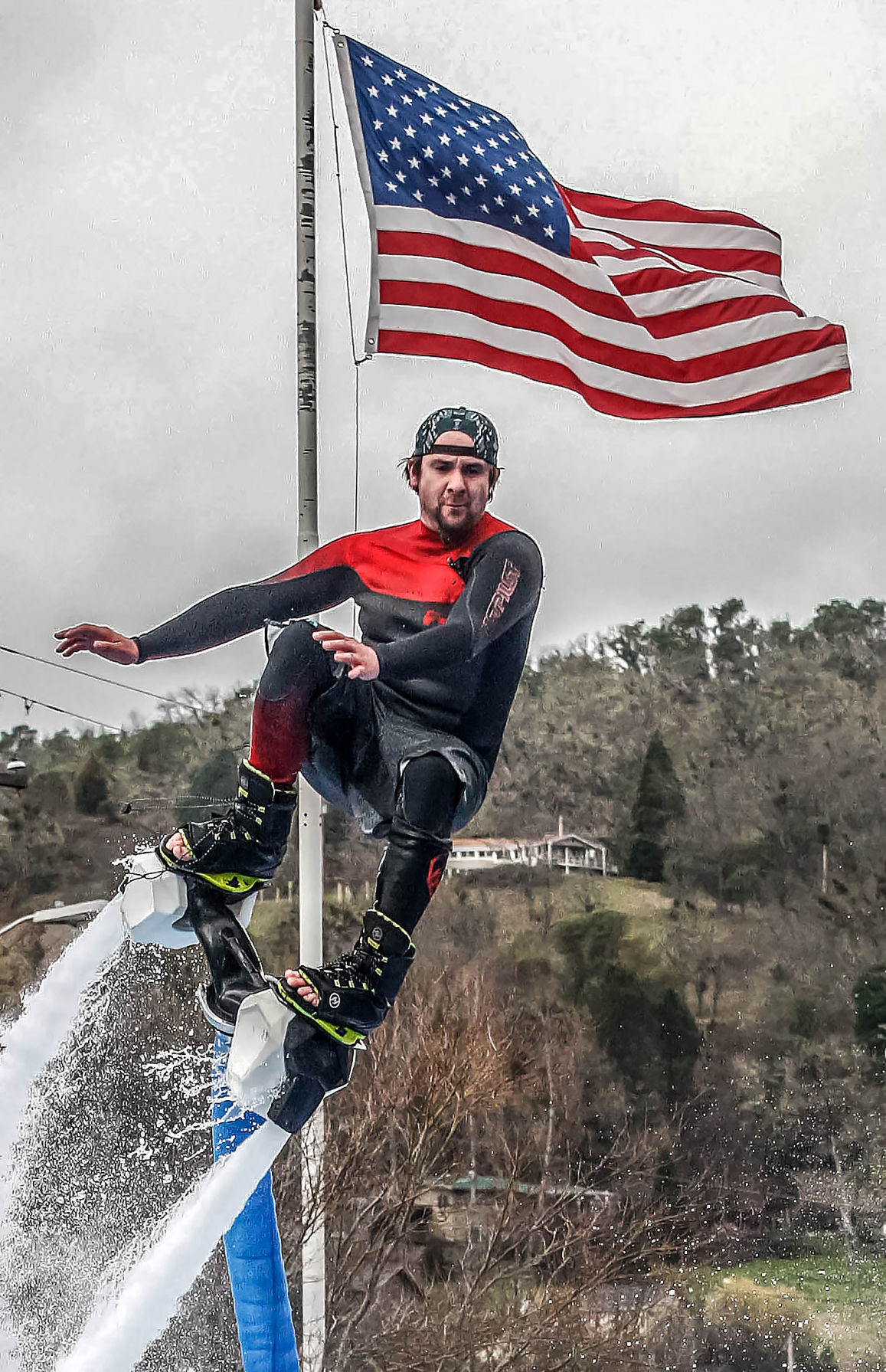 Levi Walker rides a Jet Deck into the air next to an American flag at the Douglas County Fairgrounds at the annual Sportsmen’s Outdoor Recreation Show on Saturday.

While Kayna Hahn, 18 months, looking on, a sugar glider crawls up the sleeve of Brad Church at the Pocket Pets booth during Sportsmen’s & Outdoor Recreation Show in 2018.

Levi Walker rides a Jet Deck into the air next to an American flag at the Douglas County Fairgrounds at the annual Sportsmen’s Outdoor Recreation Show on Saturday.

Ever wonder how big a record-sized bull elk would look like in real life? Or, for that matter, the mount of an Oregon state record Columbian whitetail buck that was tagged in the Drain area back in 1949?

Those pieces will be on display this weekend at the Douglas County Fairgrounds during the 24th annual Seven Feathers Sportsmen’s & Outdoor Recreation Show.

The mounts are part of the show’s Tour of the Northwest Big Game Animals, which includes 20 animals on display. Also included will be wolf and bear mounts, which tour producer David Morris said in a press release are “educational pieces so people can understand the impact of those two species on deer and elk populations.”

Also on display will be the “Legends of the Northwest,” which will include 16 unique displays. One with local ties is the Oregon state record black bear that was taken in Douglas County in 1988. Others include a buck with corkscrew antlers, a mule deer doe with antlers and a 35-pound, 13-ounce Rio Grande turkey. Its size when it was taken in Clackamas County in 2001 set a world record for an archery hunt.

Other birds — live ones — will serve as attractions.

Joe Krathwohl will present the 5-foot tall, 95-pound double wattled cassowary and several other birds on stage during his Birdman Bird Show. The cassowary is a bird from the Australian rain forest and is considered the oldest living bird species in the world.

“It’s literally a living dinosaur,” said Krathwohl, the producer and presenter of the bird show. “It’s considered the most dangerous bird in the world. It has some human kills on its resume.”

Others at the show will include a condor, a gyrfalcon, an African bateleur eagle, an Asian steppe eagle.

Other displays and exhibits will be kid friendly and include trout pond, archery range and a shooting gallery run by the Oregon Department of Fish and Wildlife. Plenty of exhibits covering fishing, hunting, camping, kayaking and climbing, among others, will be available. Per usual, a giant fish tank with trout and salmon will make its return to the show.

Jon Mitchell is a page designer, photographer and writer for The News-Review. Reach him at 541-957-4214, or at jmitchell@nrtoday.com. Follow him on Twitter