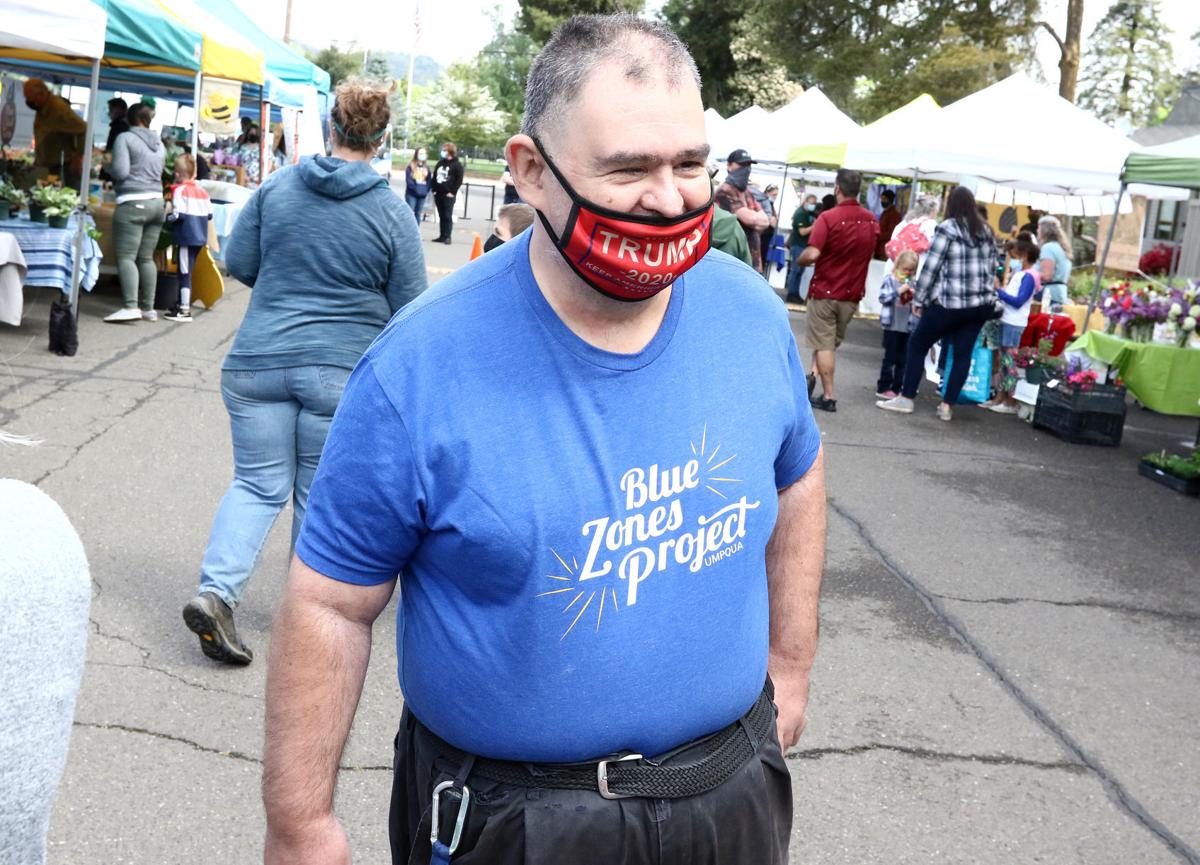 Mike McNeal, of Roseburg, walks through the Umpqua Valley Farmers’ Market on Saturday in Roseburg. 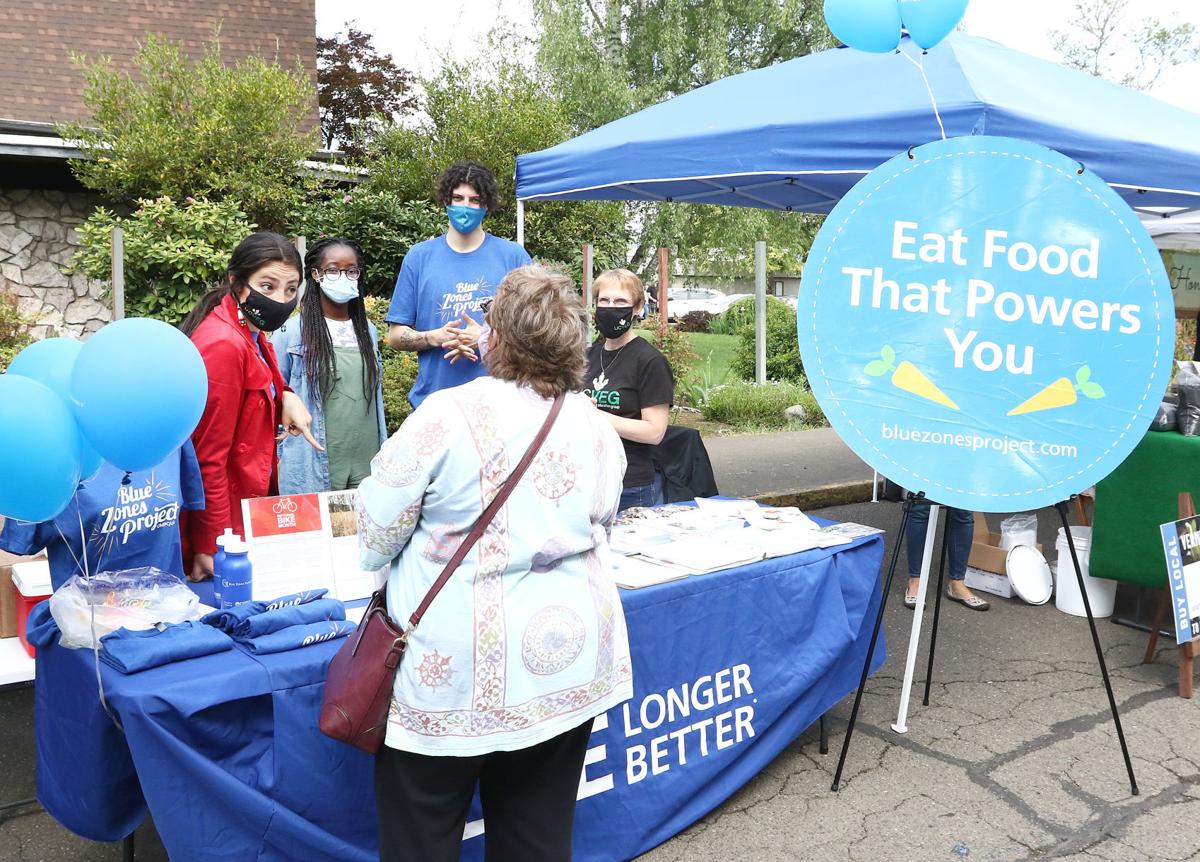 Visitors stop by the Blue Zones Project Umpqua booth at the Umpqua Valley Farmers’ Market on Saturday in Roseburg. 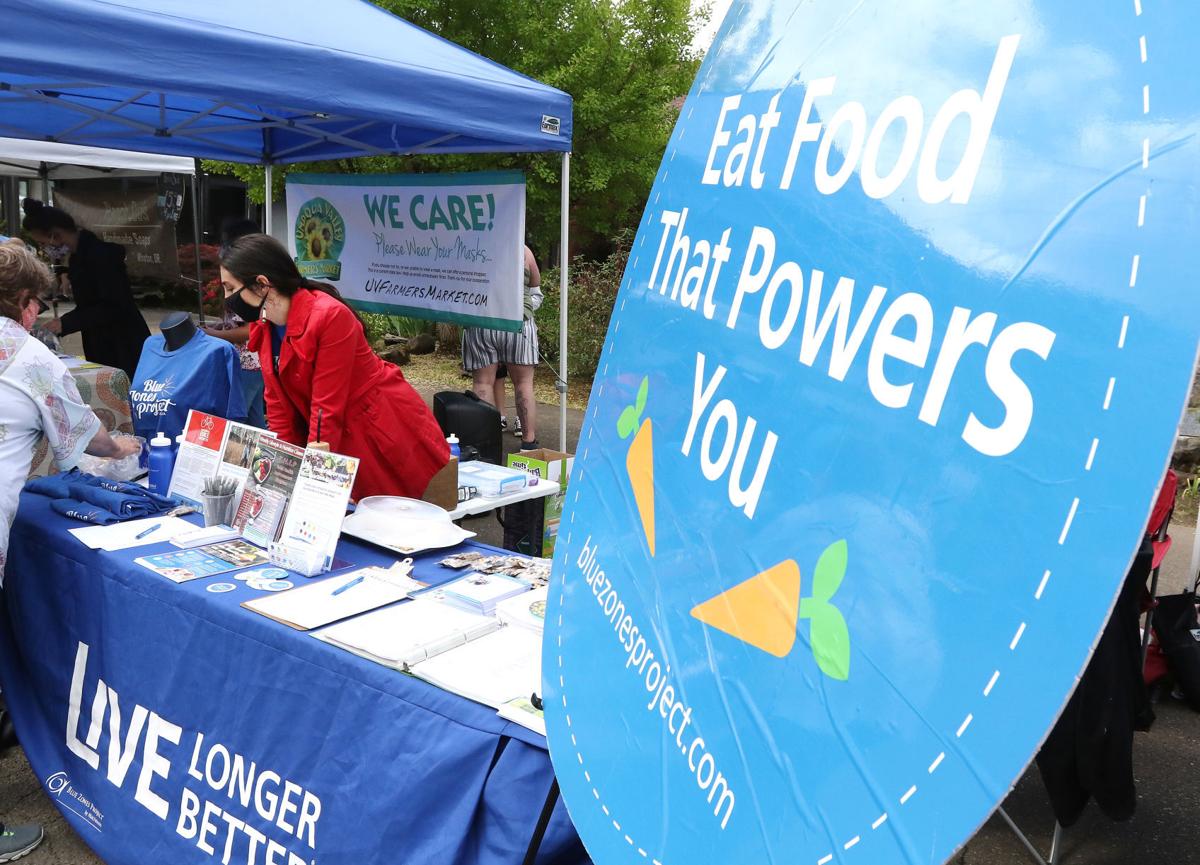 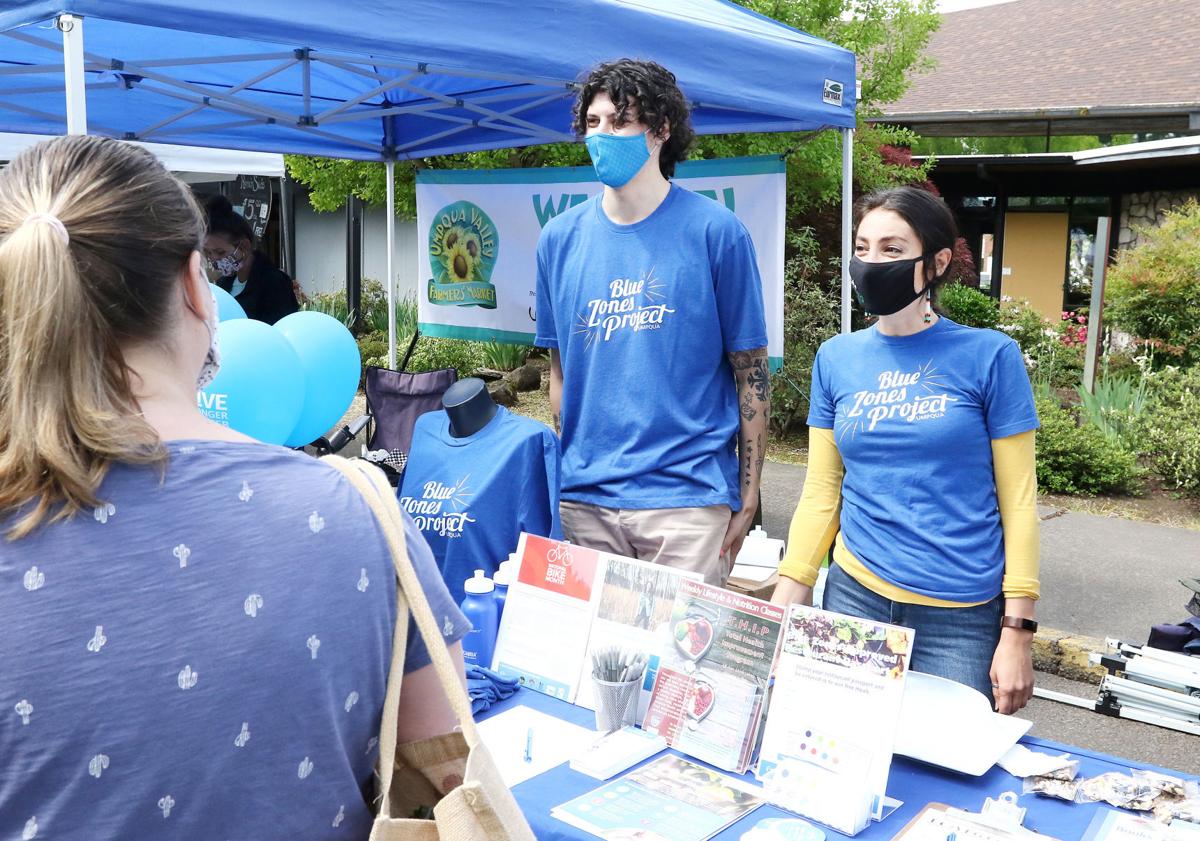 Mike McNeal, of Roseburg, walks through the Umpqua Valley Farmers’ Market on Saturday in Roseburg.

Visitors stop by the Blue Zones Project Umpqua booth at the Umpqua Valley Farmers’ Market on Saturday in Roseburg.

Mike McNeal was in bad shape.

The Roseburg man’s body was swelling from top to bottom, and he had no idea why. In October 2019, McNeal, 49 years old at the time, finally checked himself into CHI Mercy Medical Center.

“I couldn’t even fit into the MRI machine,” McNeal said.

On Saturday, Blue Zones celebrated its fourth anniversary with a celebration at the Umpqua Valley Farmer’s Market in west Roseburg and with an “Art in the Garden” event as well. At Monday’s Roseburg City Council meeting, Mayor Larry Rich declared May 1 as “Blue Zones Project — Umpqua Day.”

Blue Zones Project — Umpqua is a wellness advocacy group that launched on May 1, 2017, in central Douglas County as a “demonstration community” under the Blue Zones Project structure. This past January, the local group was promoted to being a fully “certified community,” joining just a handful of other communities across North America.

McLean had known a few of the people involved with the local Blue Zones project and said they kept trying to talking him into coming in and visiting. He finally figured, “Why not?”

He weighed 297 pounds when he starting making the biggest changes in his lifestyle, primarily as it pertained to diet and exercise. He started eating more fresh vegetables and walking multiple laps a day around his southeast Roseburg neighborhood.

Within a few weeks, he was 50 pounds lighter.

Juliete Palenshus, community engagement director for Blue Zones Project, said that once the organization was launched locally, she had no doubt that they would reach nationally certified status.

“We knew we were going to get it because we had had an amazing response in the community,” Palenshus said. “But we still had to prove it.”

The certification came after a national review team conducted an assessment with community stakeholders in October and November and reviewed the project’s objectives. After verifying that the local chapter had successfully completed its goals — which included engaging residents, working with large organizations to become Blue Zones approved, and passing several environmental and health-conscious policies — the national review team awarded Blue Zones Project — Umpqua with certification.

Blue Zones has a number of events for May during National Bike Month.

Legacy and tradition with a twist

Legacy and tradition with a twist