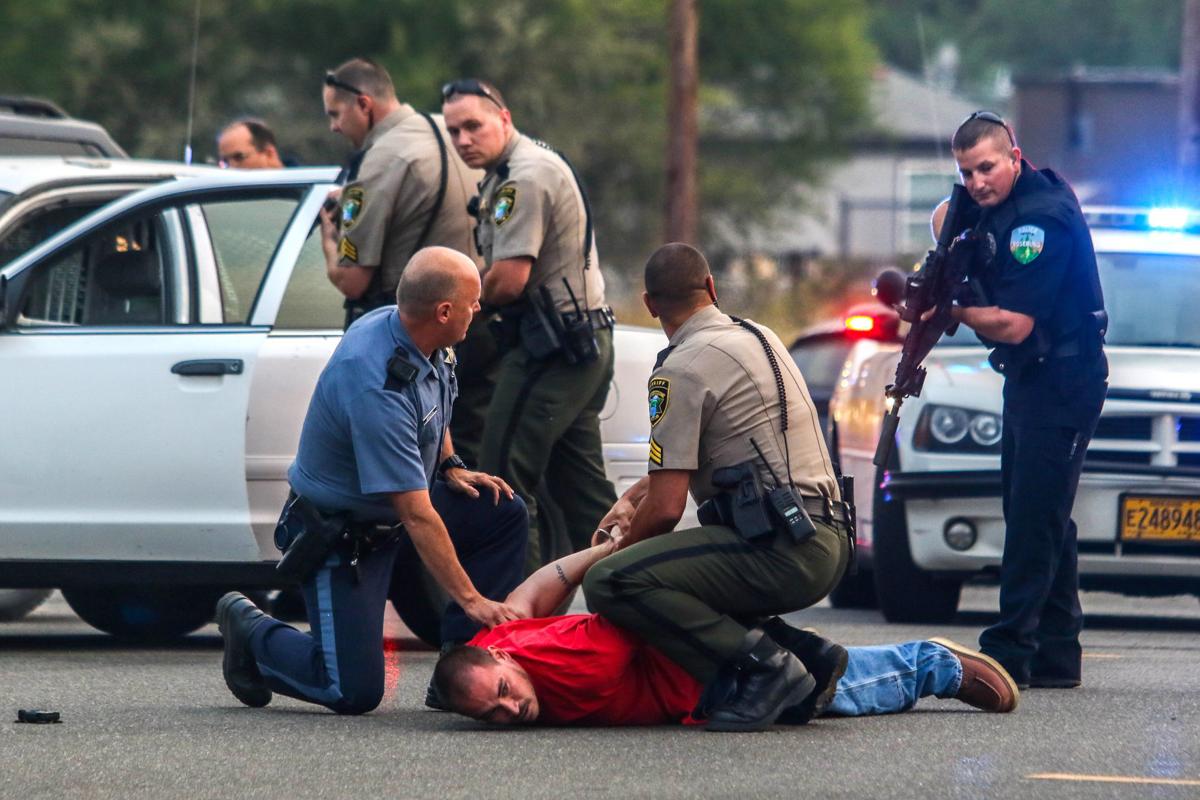 Police officers detain Johsua James Kramer at gunpoint in the parking lot of Abby’s Legendary Pizza after a short chase Monday night. He is being held in connection with a reported shooting of a female on Southeast Downey Avenue. 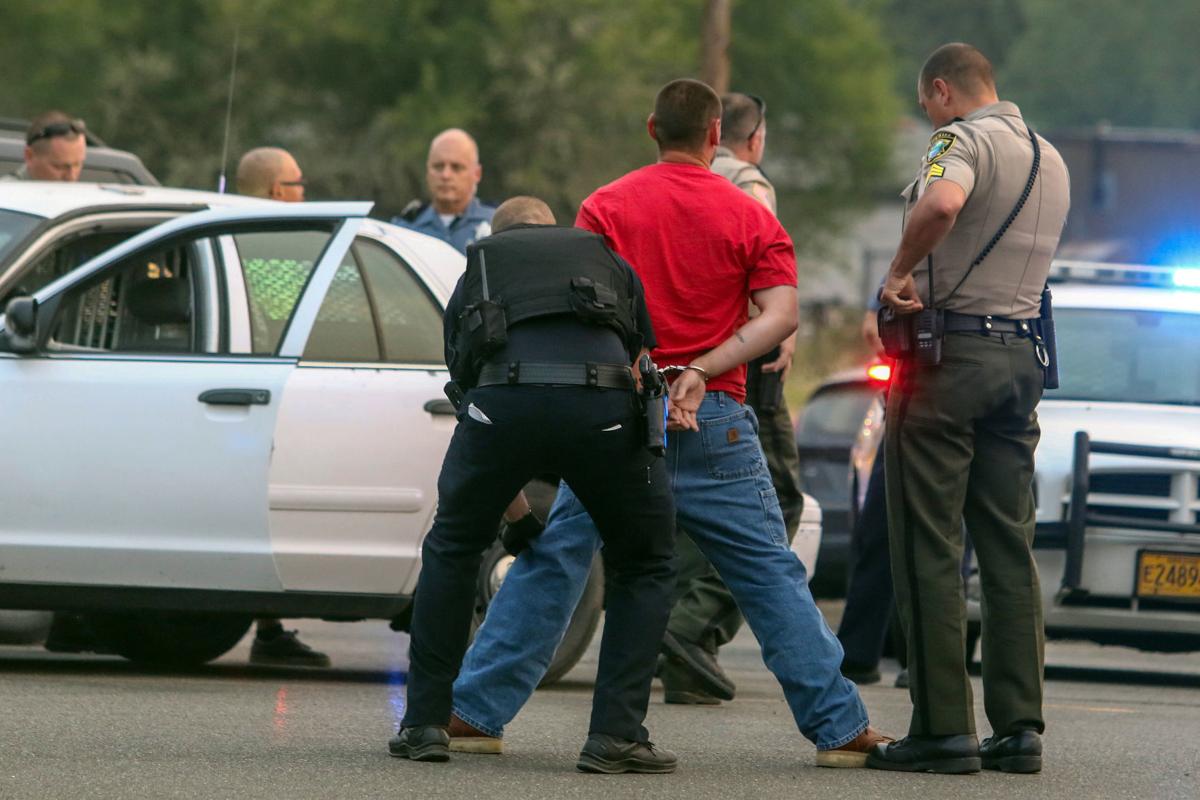 Police search Joshua James Kramer in the parking lot of Abby’s Legendary Pizza in connection with a shooting on Southeast Downey Avenue on Monday night. 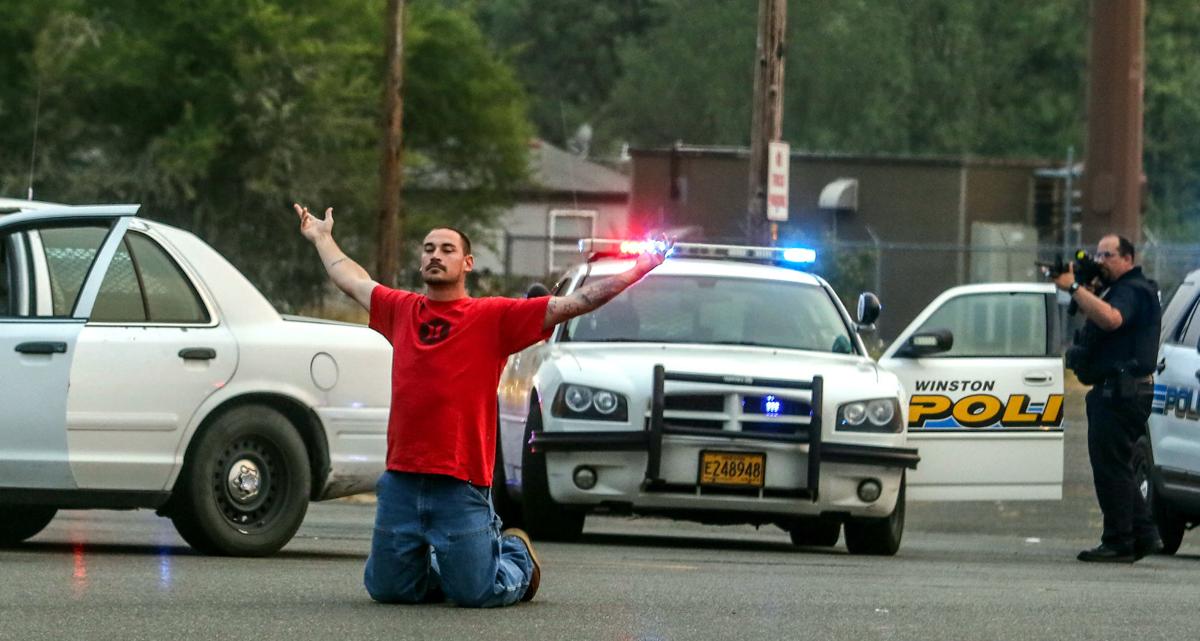 Johsua James Kramer is detained at gunpoint in the parking lot of Abby’s Legendary Pizza on Northeast Diamond Lake Boulevard after a car chase on Monday night. 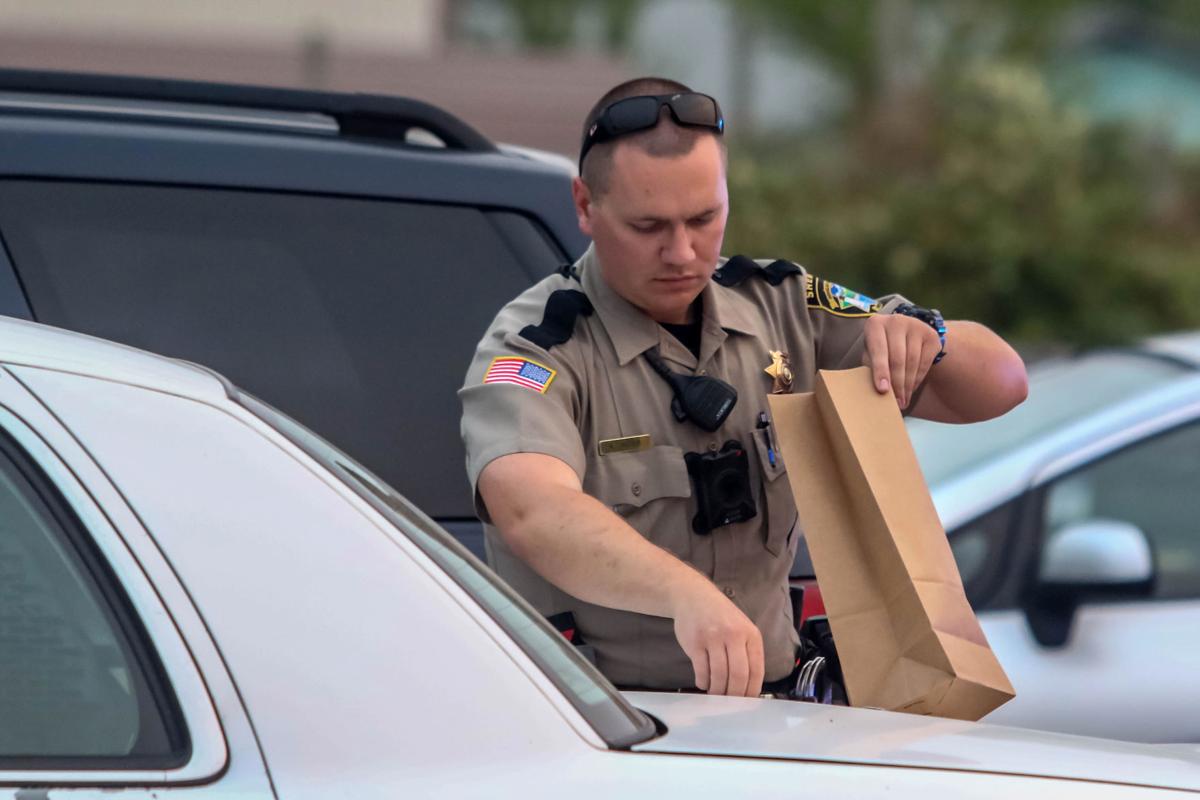 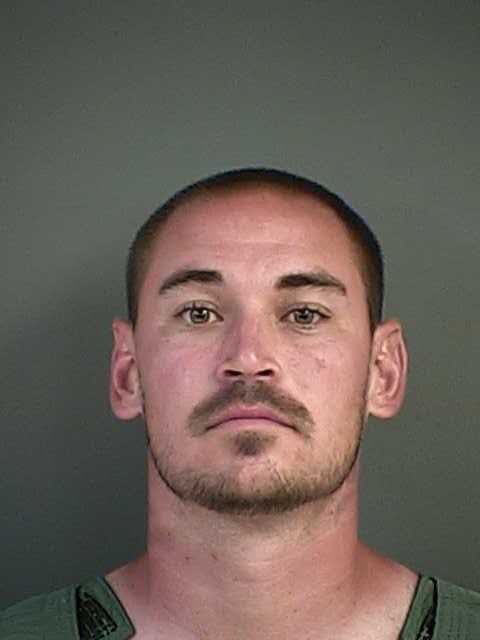 Police officers detain Johsua James Kramer at gunpoint in the parking lot of Abby’s Legendary Pizza after a short chase Monday night. He is being held in connection with a reported shooting of a female on Southeast Downey Avenue.

Police search Joshua James Kramer in the parking lot of Abby’s Legendary Pizza in connection with a shooting on Southeast Downey Avenue on Monday night.

Johsua James Kramer is detained at gunpoint in the parking lot of Abby’s Legendary Pizza on Northeast Diamond Lake Boulevard after a car chase on Monday night.

Police arrested a Glide man in connection with an alleged shooting in southeast Roseburg Monday evening.

Roseburg police responded to Southeast Downey Avenue after learning a 34-year-old woman had been shot and injured. The woman’s condition and identity are unknown at this time.

Police said Joshua James Kramer, 32, was identified as a suspect but left the scene before officers were able to arrive.

Kramer led police on a short chase in a white Crown Victoria that began at about milepost 5 on Highway 138 East on Monday, according to police. At one point, spike strips were deployed, which Kramer swerved to avoid.

Kramer then pulled into the back parking lot of Abby’s Legendary Pizza, where he was eventually arrested.

Another adult male passenger in the car was detained, but it is not known if he was connected to the case.

“I saw the driver get out. Police had their guns drawn, tasers drawn and (they) lifted up his shirt,” said Abby’s Assistant Manager Jenny Cook.

She said police called telling her to lock the doors and then called back when it was safe to open them again. She said she wasn’t alarmed because she’s used to guns.

Jarred Eakin was in the backyard shooting a bow and arrow on Southeast Walden Avenue when he heard gunshots on Monday night, on Southeast Downey Avenue, across Ramp Avenue near Eastwood School.

“When I ran in, the lady was lying on her side, and I screamed if anyone else was in the house,” Eakin said. “She was screaming. She had a newborn and kept screaming the guy’s name.”

Eakin told a younger woman at the scene to grab the newborn and leave, while he focused on treating the inury.

Eakin said he found the woman in the middle of the room with the police on speaker phone. He said the woman didn’t want to be touched or moved, but he said his first aid training kicked in, and he did what he could with the T-shirt he was wearing, to stop the bleeding.

“I’m shaken by the blood and everything,” Eakin said.

“By the time we heard the gunshots and came out the side gate, the pickup truck was tearing off,” Eakin said.

Another neighbor, Brandon Willis, said he was right there when the shooting happened and heard it all.

“The guy pulled up and I kind of turned my back, and all of a sudden heard gunshots and I ran,” Willis said. “I was not going to stay there in that situation with gunfire and bullets flinging, so I took off. I was scared for my life for sure.”

Kramer is lodged at the Douglas County Jail on suspicion of first-degree assault, attempting to elude a police officer and recklessly endangering another person. His bail for the assault charge is set at $375,000.

Roseburg Police Sgt. Jeff Eichenbusch said there is no threat to the public at this time and that the case is still in the early stages of its investigation.

The Douglas County Major Crimes Team has been activated.

If you want more details here is what I heard on the tv news. The suspect changed vehicles (from the truck to a Crown Vic. a former cop car) and was arrested in the Abbies parking lot located on Diamond Lake Blvd. Since we have two Abbies the location is helpful to know.

Police: Kramer led police on a short chase in a white Crown Vic.

where was the crime reporter

Not sure what First Degree Assault is, but if someone fires a gun at you 7 times that sounds like attempted murder, especially if it is someone you know.

I think you are correct