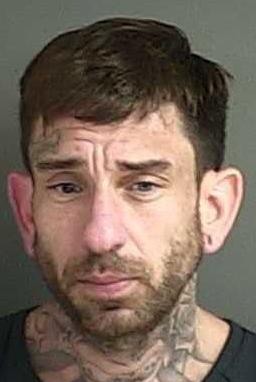 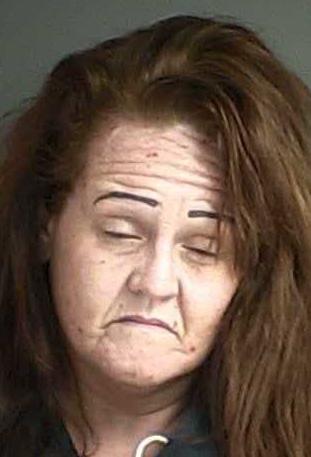 Two people were arrested after the Douglas Interagency Narcotics Team executed a search warrant at a home near Sunnyslope Elementary School in Green Tuesday night.

Team investigators and the Douglas County Sheriff's Office had received a number of complaints of "obvious" drug activity at a home in the 2300 block of Cannon Avenue in Green, according to a press release Wednesday morning.

The home is approximately a block and a half from the entrance to the elementary school.

A "targeted" investigation by DINT indicated that both methamphetamine and heroin were reportedly being trafficked through the home.

While executing the search warrant, investigators discovered more than a quarter pound of meth, approximately 18 grams of black tar heroin, a small amount of a substance suspected to be fentanyl, cash, a firearm and "a substantial amount of evidence of distribution," the press release said.

Timothy Francis Bond, 43, of Roseburg, was lodged in the Douglas County Jail on suspicion of unlawful possession of meth, delivery of meth within 1,000 feet of a school and for being a felon in possession of a firearm.

Also arrested was Leah Bethany Wilkins, 42, of Roseburg, who also was lodged in the jail on suspicion of heroin possession and delivery of heroin within 1,000 feet of a school.

Both were scheduled to be arraigned in Douglas County Circuit Court on Wednesday afternoon.

And all the while Roseburg Let - RED BARN - OPEN a Dispensary Right in the Middle of 3 Schools. High School Middle School & Elementary..

Too bad there isn't a death sentence for selling this poison.

Mugshots are rarely flattering but GEEZ! talk about lowlifes.

Gotta keep them borders open though! Democrats need to the registration drive going by keeping the borders open regardless of the drugs they bring in.

Quick question for all you pot heads out there: How many people like these two DIDN'T begin their wonderful life of drugs with pot? Just curious since everyone knows that pot is not a gateway drug. [sarcasm]

What I have found is there is also a principal I call "gateway people". Hyper socialization combined with a lack of caution can result in meeting and socializing with the worst of the worst.

More likely cigarettes and alcohol are your "gateway drugs". (not sarcasm)

And all the while Roseburg Let - RED BARN - OPEN a Dispensary Right in the Middle of 3 Schools. High School Middle School & Elementary..

There is a look I call the "Roseburg look".

I think the area has some interesting verbal dialects I call Roseburg accents. Might be prison dialects.