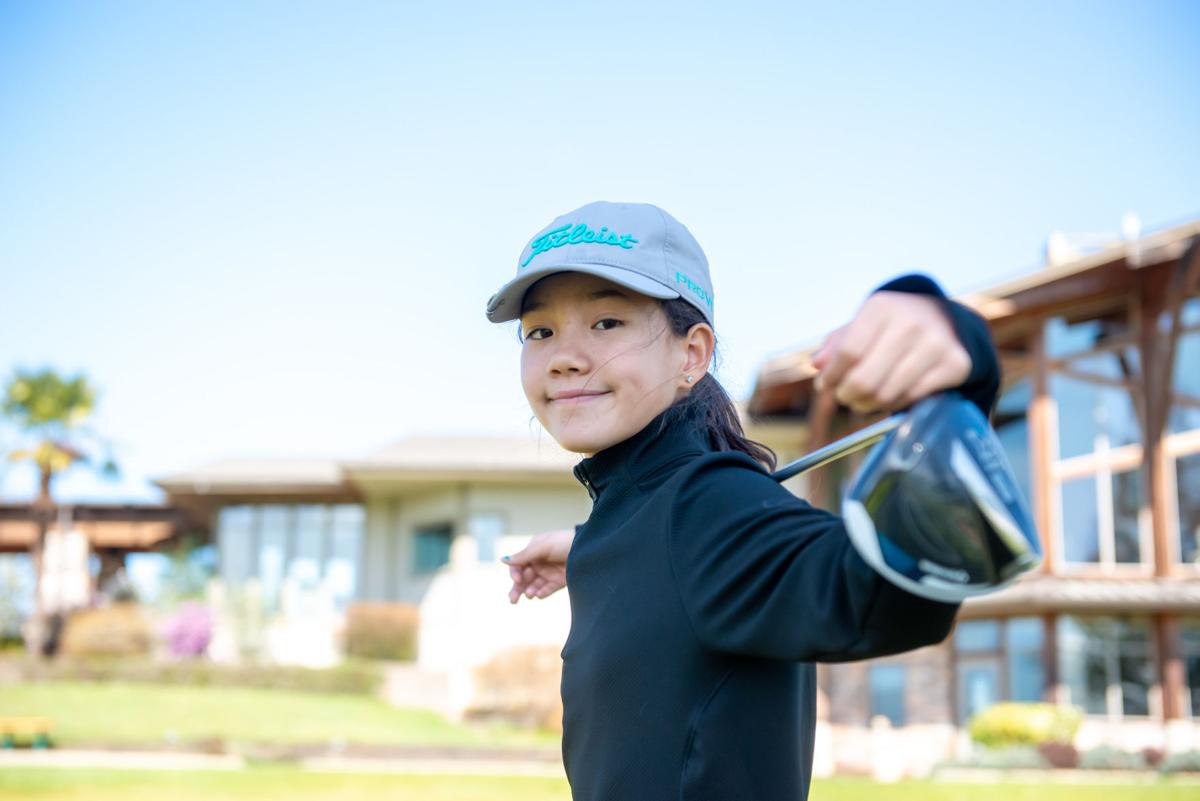 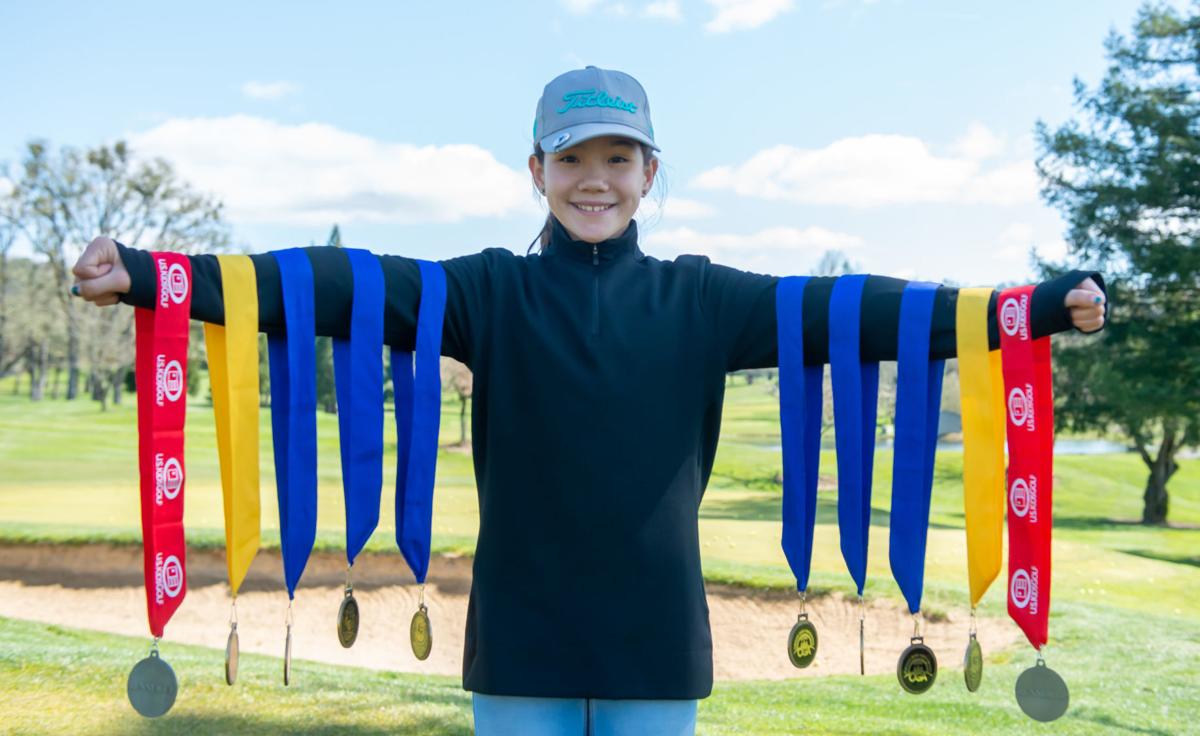 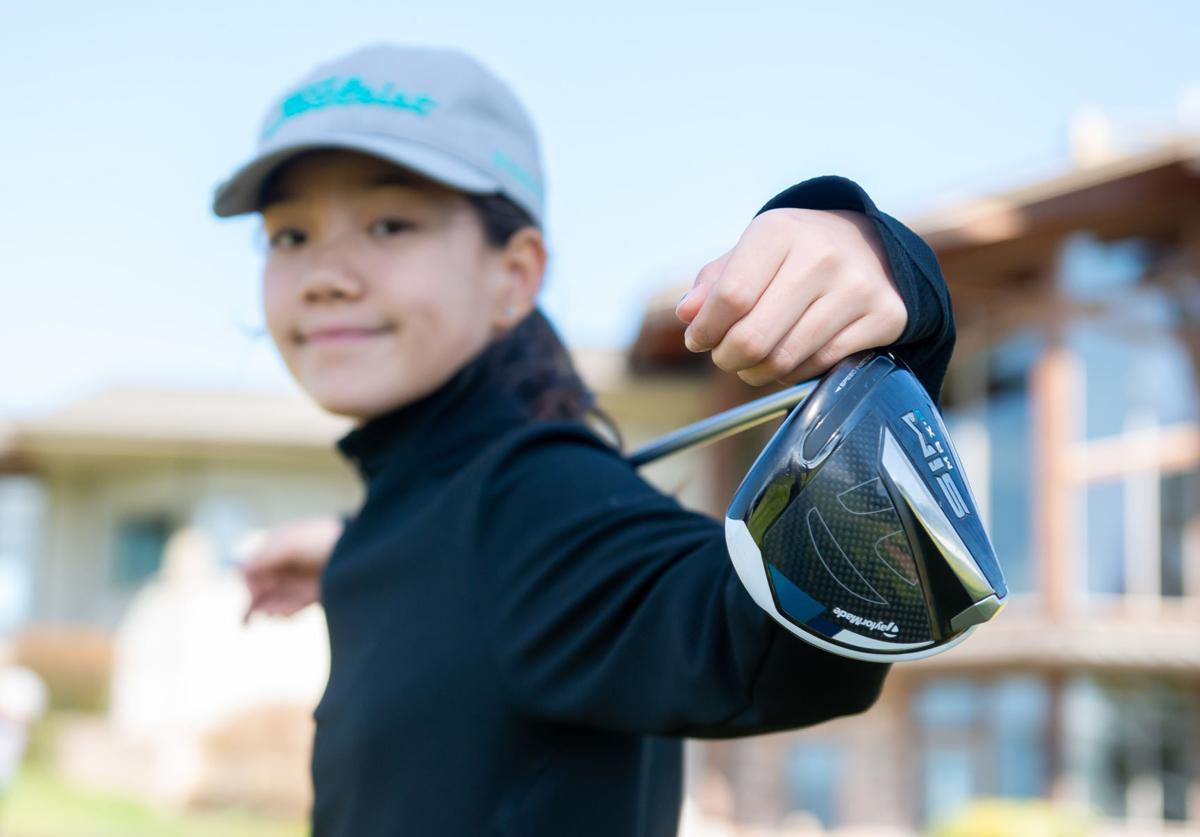 At 10 1/2 years old, Lana Silvestri has set pretty clear goals for herself: get a golf scholarship to college and become a professional golfer on television.

Lana started playing golf a few years ago with her dad, Fred Silvestri.

“I used to watch my dad play, then he let me putt on the greens and it was really fun,” Lana said. “So I asked my dad if I could like get my own set of clubs, and I really liked it.”

Now, she’s traveling throughout the state for tournaments.

RiverRidge Golf & Event Center PGA Associate Aaron Oakley, who coaches Lana, said she has talent and is a great student who listens and takes directions well.

“She’s famous around here,” Oakley said. Lana gets coaching a few times a month at the club in Eugene, but always brings a smile and positive energy with her, according to Oakley.

Lana has placed in several one-day competitions and chip, putt and drive competition, but this year they’ll be adding a few more multi-day tournaments to their schedule, Oakley said.

That same quality is something echoed by her teachers at Umpqua Valley Christian School, where she’s a fifth grade student.

UVC Superintendent George Graham said Lana is “quite the golfer, and excellent student, cute as all get-out and is more humble than humble pie.”

Lana herself has managed to stay humble amid all the praise and continues to work toward her goals.

“By high school I have to shoot in the low 70s and I have to be an honor student,” Lana said. “So that’s basically my first goal with golf and school.”

Lana has all As on her report card and has been reading for hours each day during spring break.

Her favorite books are part of the “Warriors” series by Erin Hunter, a series of books about clans of feral cats.

At home Lana has a cat named Peanut, and a dog named Babylon, a lizard named Spotty, sheep, chickens and ducks. She hopes to be a veterinarian, if golf doesn’t work out.

Lana was born in China, where her mother, Dahui Pang, is from. The family now lives in Roseburg where Lana has attended UVC since preschool.

UVC doesn’t have a golf team, but Lana hopes that’ll change by the time she gets into high school.

Lana loves her mom, and gushed about her mom’s cooking. But also said she would much rather spend a day on the golf course than in the kitchen.

And while she appreciated her dad introducing her to the game of golf, she’s politely asked him not to be on her team for the school golf tournament this year.

“It’s okay, I took it well,” Fred Silvestri said. “And the way she’s presented it, it was really kind.”

Silvestri added that he knows that he’s not nearly as good as Lana.

“I enjoy it, but what I really enjoy is watching my daughter,” he said. “It’s almost like I’m reliving it through her. So I like being her caddy. She doesn’t like my advice, but she likes me carrying the clubs.”

On the road again: Driver education resumes with plenty of coronavirus protections in place.