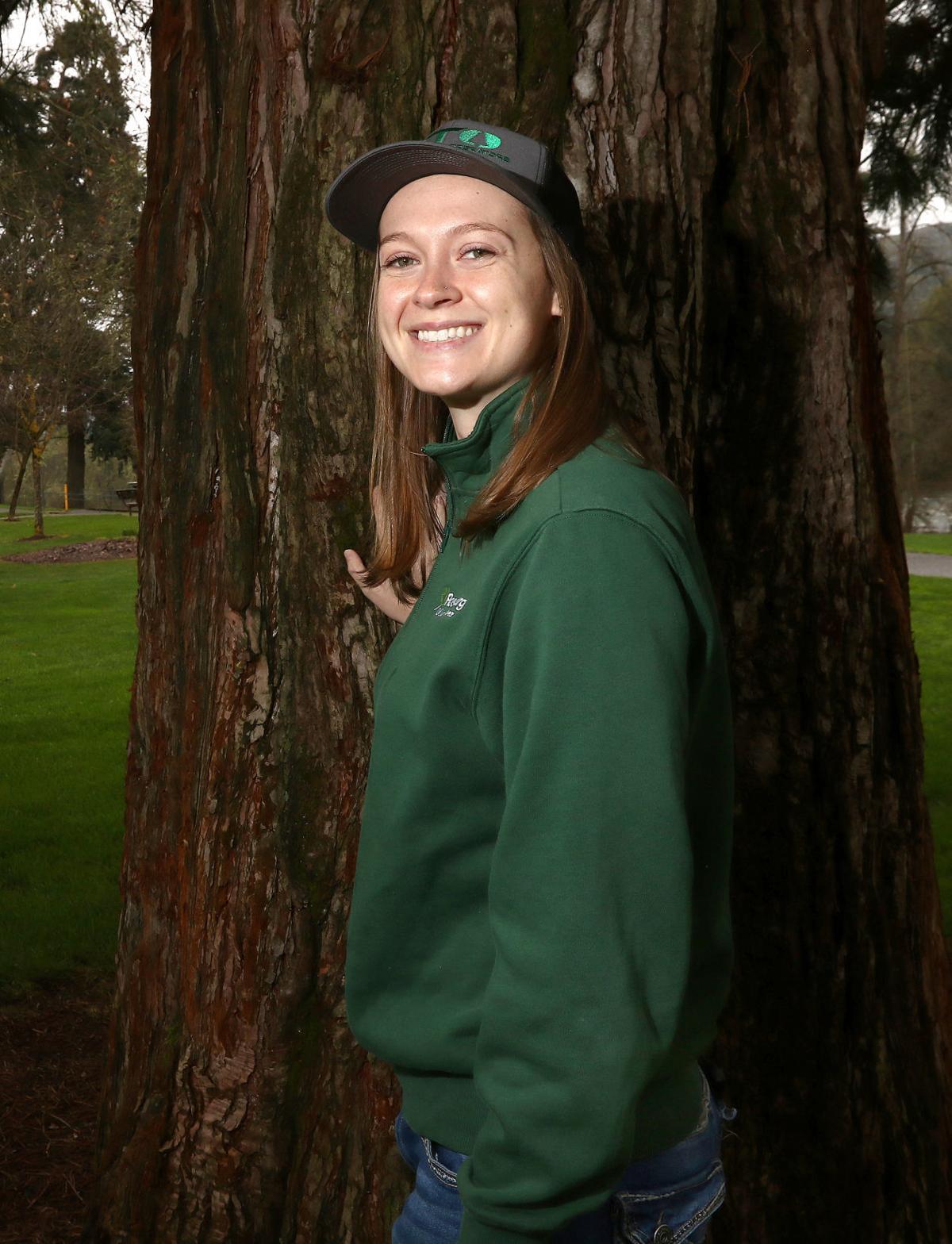 Roseburg High School graduate Ashley Backen is currently studying forestry at Oregon State University. After graduating she hopes to return to Roseburg to pursue a career in the field. 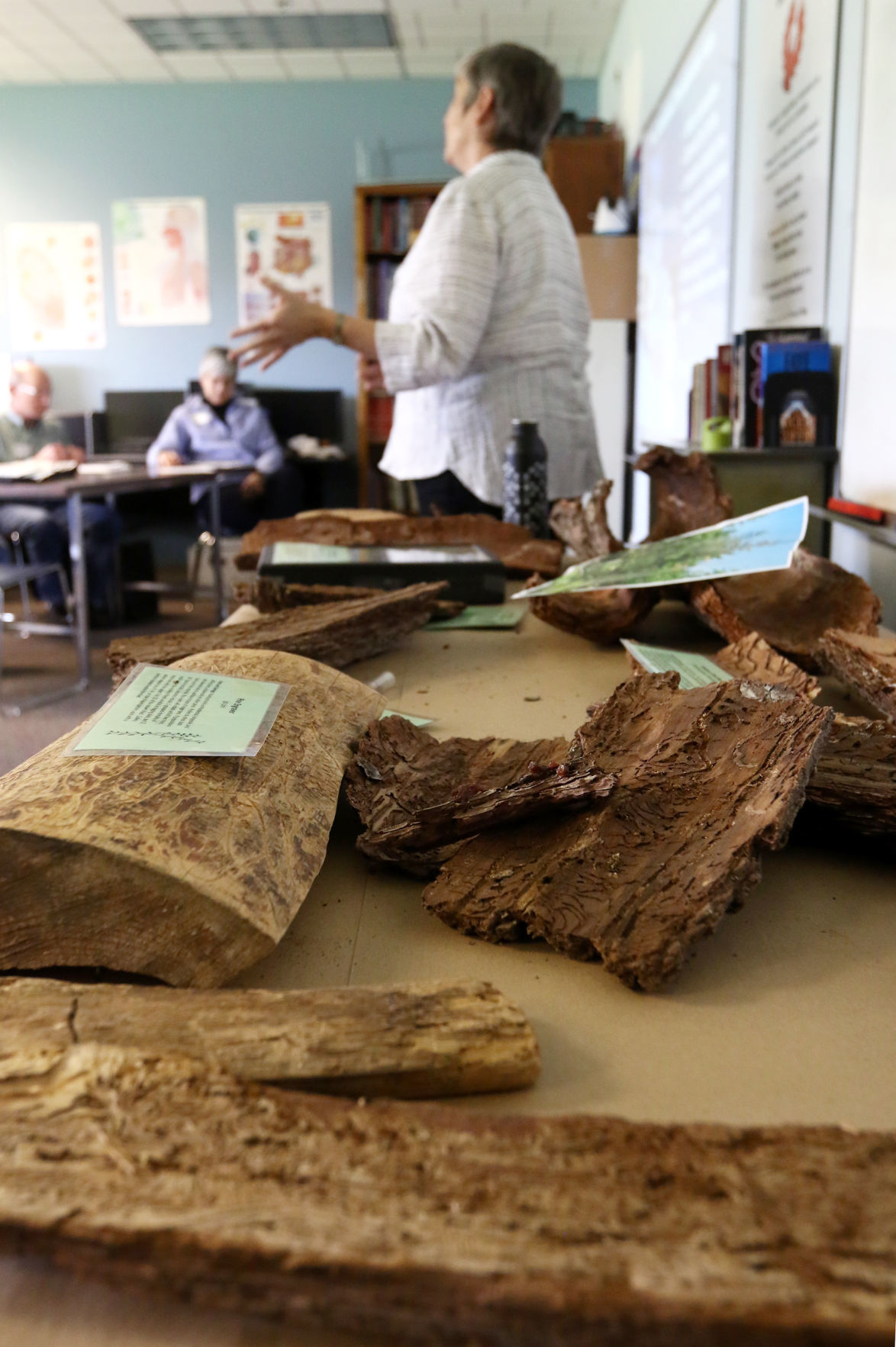 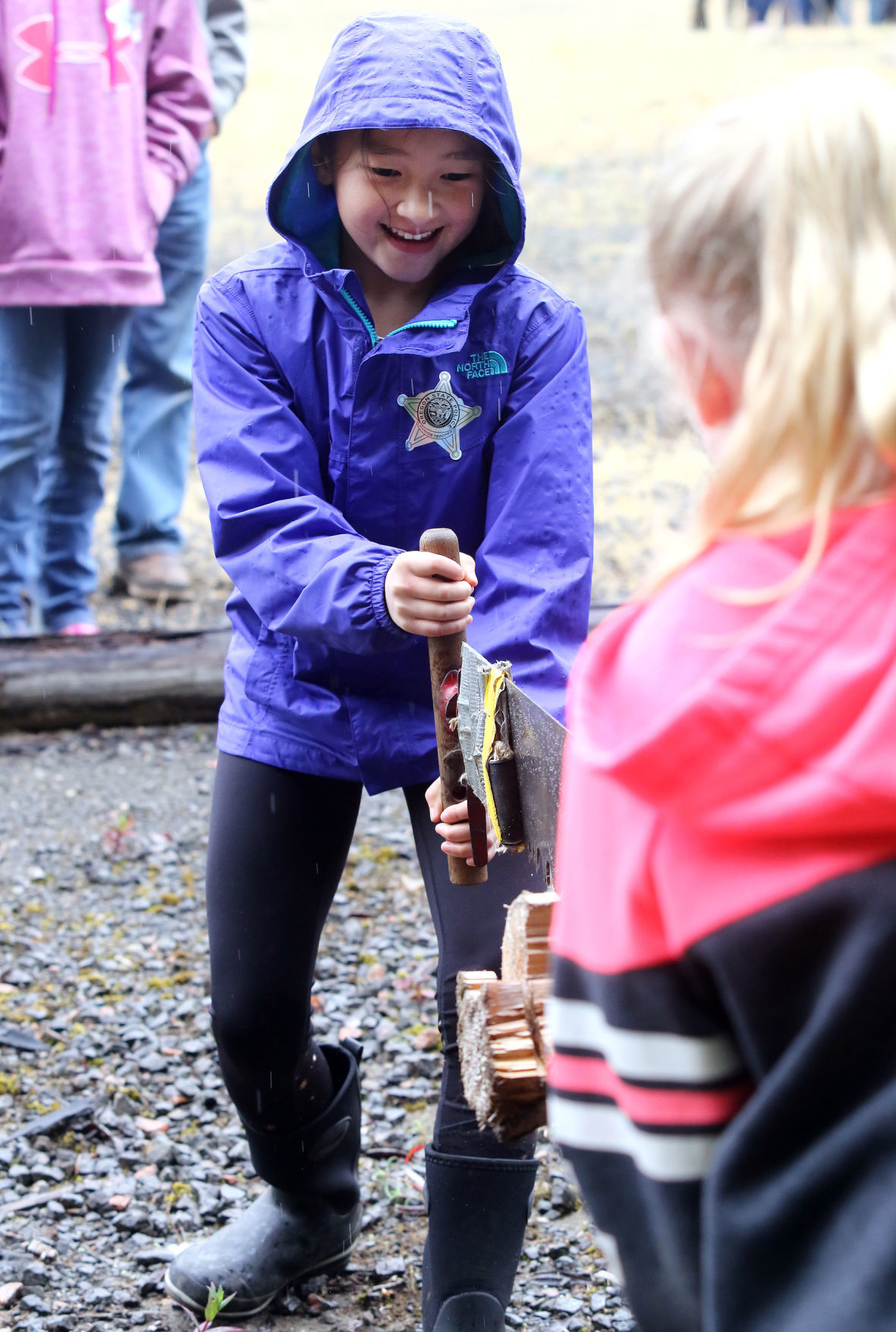 Roseburg High School graduate Ashley Backen is currently studying forestry at Oregon State University. After graduating she hopes to return to Roseburg to pursue a career in the field.

Ever since she was a little girl, Ashley Backen loved being outside, looking at insects, animals and trees. But when it came to school, she just wanted to play basketball.

Backen was an all-conference player at Roseburg High School and continued playing at Umpqua Community College. But then she injured both her knees and her doctors, coaches and family encouraged her to look beyond basketball.

“Basketball was going to end for me at some point and I needed to accept that,” she said. “But then I was, ‘Oh man, now I have to think: What are my interests?’ So I went back to, ‘What do I like to do?’ and that led to the outdoor stuff.”

She later switched from natural resources to forestry after learning about the differences in the programs, but said most classes either transferred or were complementary to her new major.

She also joined the Forestry Club at the college and became president of the club and a liaison for the Society of American Foresters in her sophomore year. Through the club she started networking with people in the timber industry.

Backen was able to secure internships, first as a land management intern at Lone Rock Timber and then as an intern at a sawmill for Roseburg Forest Products.

“Going out and doing that for three months, you get really good at learning things and knowing how to do something because you get to repeat it over and over again,” she said.

UCC offers forestry, natural resources, agricultural business and renewable materials programs with transfer opportunities to Oregon State University. The community college has a degree partnership program with Oregon State University, which means all credits transfers and students start in Corvallis as full-fledged juniors after completing the program at UCC.

Backen said she had a smooth transition into OSU. “There were no classes that didn’t transfer,” she said. “I didn’t worry about taking classes I already took.”

Matt Hill, executive director of the Douglas Timber Operators, said forestry is a science that requires a formal education, but that within the forest product industry there are many lines of work.

Oregon State University’s College of Forestry Manager of Advising and Academic Relations, Nicole Kent, came to UCC each term to help students with schedules and teach about different programs offered in Corvallis.

“Having that was huge, it was awesome,” Backen said.

When asked how she enjoyed Oregon State University, she said, “It reminds me a lot of UCC, because the program is so small. We still have that quaint group work that I really enjoy.”

Backen’s goal is to graduate debt free from Oregon State University and to help with that she applied for, and received, a highly competitive scholarship with the Douglas Timber Operators.

“It’s an honor,” Backen said. “So many people applied for that, and for them to see that I’m worthy. It feel like it’s a boost in my, I don’t know if I should say confidence, but it definitely made me feel like I’m going in the right direction.”

Hill said the amount of the scholarship was increased recently and he hopes to continue to help more students, but unfortunately, several students are also turned down each year.

While Backen didn’t think of forestry as a career until she started college, she fondly remembers tree planting field trips in elementary school.

“Obviously at that point in my life I wasn’t thinking about my career, but I do remember it,” she said.

Backen hopes to move back to Roseburg after graduation.

“My ultimate goal career wise is come back to Roseburg, which has the vast majority of things you can do in the forestry field,” Backen said. “There are so many opportunities and I was born and raised, and I like living there.”

Hill said there’s a serious labor shortage in the forest products industry, “exacerbated by low unemployment but complicated by factors such as drug use.”

To help make sure the work in the classroom connects to the work in the field, Douglas Timber Operators recently placed Saralecos on its board of directors to have regular dialogue.

Tree School Umpqua is a flagship program for the extension service, which is offered every other year and includes about 20 classes to teach people on a variety of topics.

"We live within a forested environment and it's important people know the area they live in and have an understanding of forest management," Christiansen said.

The university works together with specialists, local industry leaders, federal agencies and private landowners to host classes and workshops.

"We always try to find a new audience, new people who haven't yet found value in extension classes," Christiansen said.

She noted that the information that is sent out to the public is often inspired by the inquiries she receives from the community.

In addition to all these educational opportunities for adults, the extension service also supports 4-H and hosts an annual Forestry Tour open to all fifth graders in the county.

Oregon State University's Extension Service is a public resource and those with questions are encourage to call 541-672-4461 or visit the website to learn more about the different programs.

Phoenix School of Roseburg is home to the Phoenix Youth Corps, which seeks to connect at-risk youth with their local community. Students in Douglas County often work to do maintenance on recreational trails, manage tree plantations and restore wildlife habitats.

Forestry Conservation and Firefighting is a program offered at Wolf Creek Job Corps, which takes between 8 and 12 months to complete. While enrolled in the program students receive both classroom and field experience and are part of the Wolf Creek Job Corps fire crew. Many graduates from the program go on to become forest and conservation specialists with a particular emphasis in wildland fire management.

The school also offers a log scaling course annually each spring, which is designed to provide working knowledge of the techniques used in log scaling.

High school agricultural classes are also educating students on forestry and natural resources. Roseburg High School offers forestry and natural resource courses and opportunities through the FFA program for students to connect with real world application of forestry skills and knowledge. Students at Roseburg High School study Pacific Northwest ecosystems where they work closely with local private and government professionals to study the ecological effects of human and natural occurrences in our forest ecosystems.

Alder Creek Community Forest offers students from kindergarten through 12th grade the chance to learn skills in science, geography, history, communication and technology in an 80 acre forest just outside Canyonville. Alder Creek Community Forest and the Center for Geography Education in Oregon worked together on Story of Your Place curriculum which is inquiry-based learning focusing on the concept of place.

High school graduation a priority, but waiting for guidance from state, a reality for Oregon schools amid extended closure