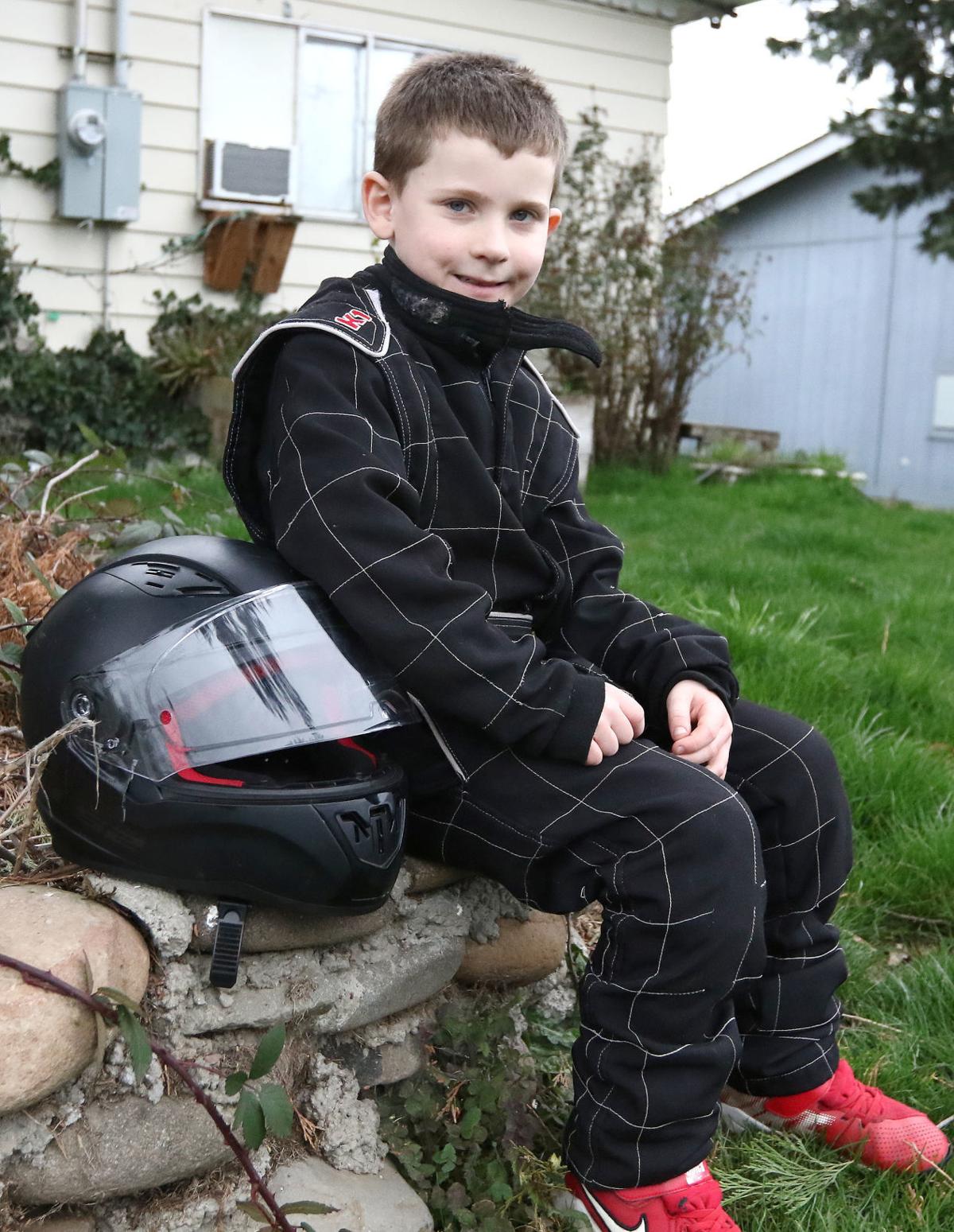 Bentley Roach, 8, at his Winston home on Saturday. Roach recently completed his first season as a kart racer. 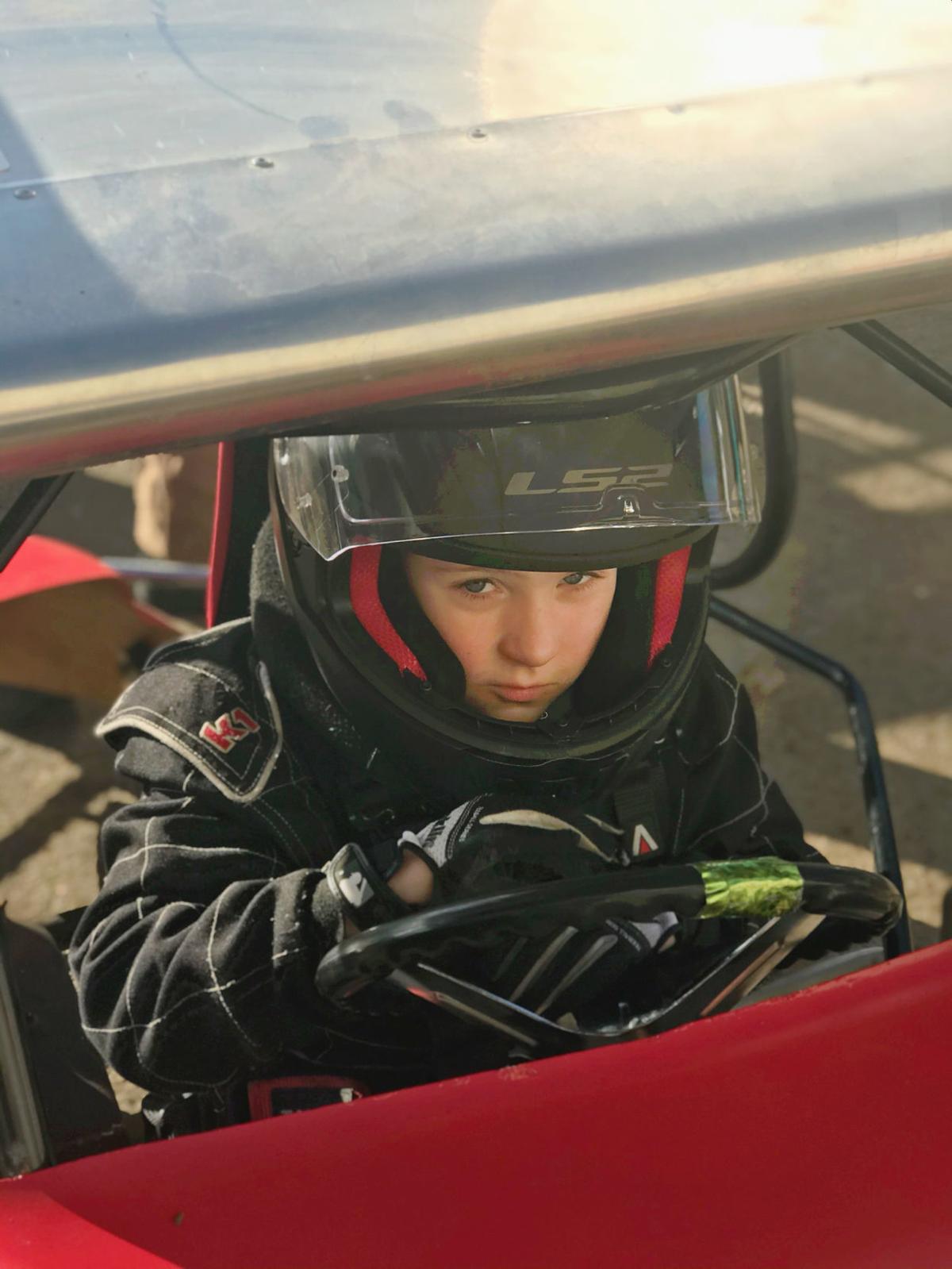 Bentley Roach, 8, has just finished his first season of kart racing at the Douglas County Fairgrounds. The Brockway Elementary School student was diagnosed with autism in preschool, but hasn’t let it slow him down. 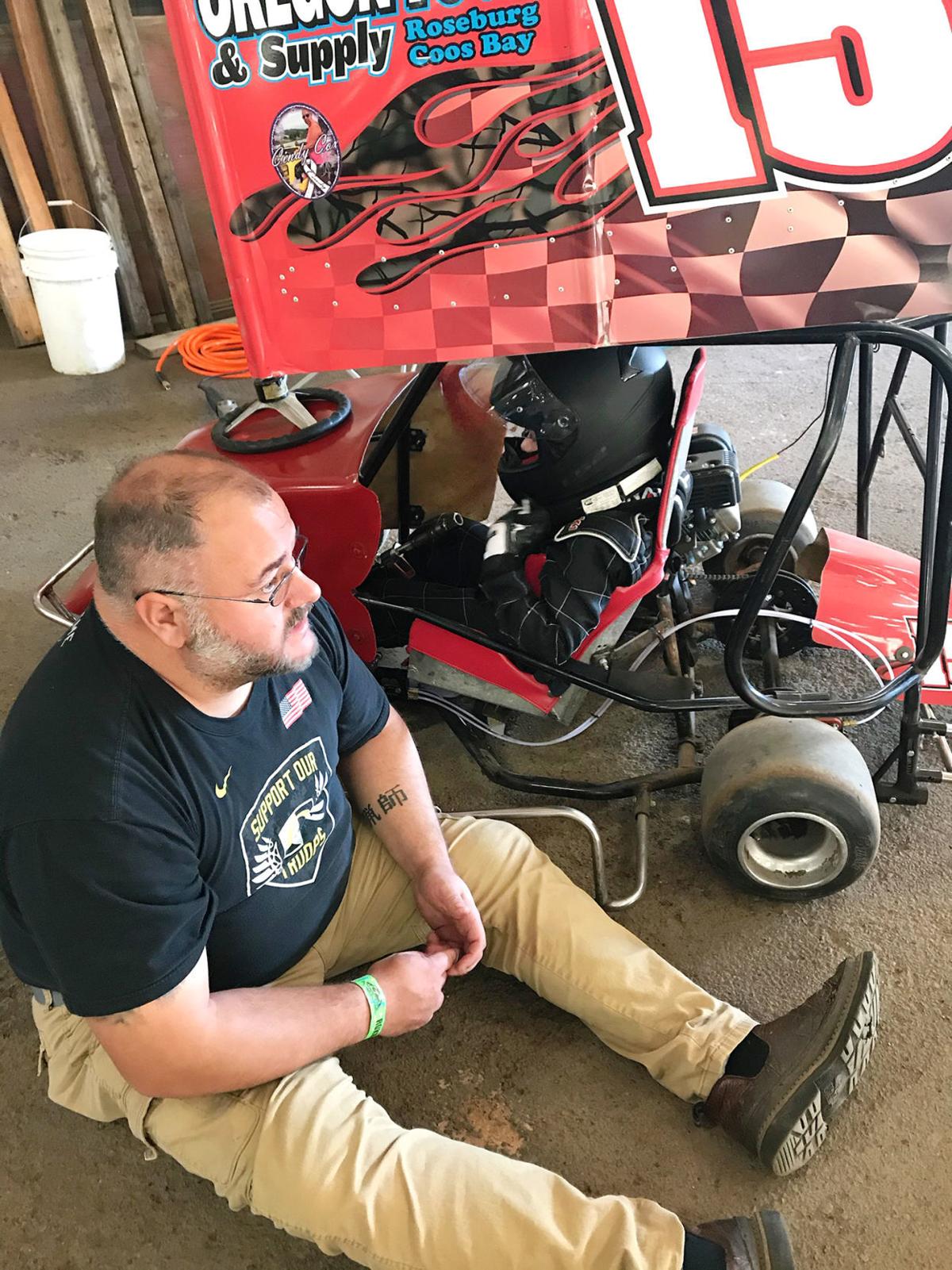 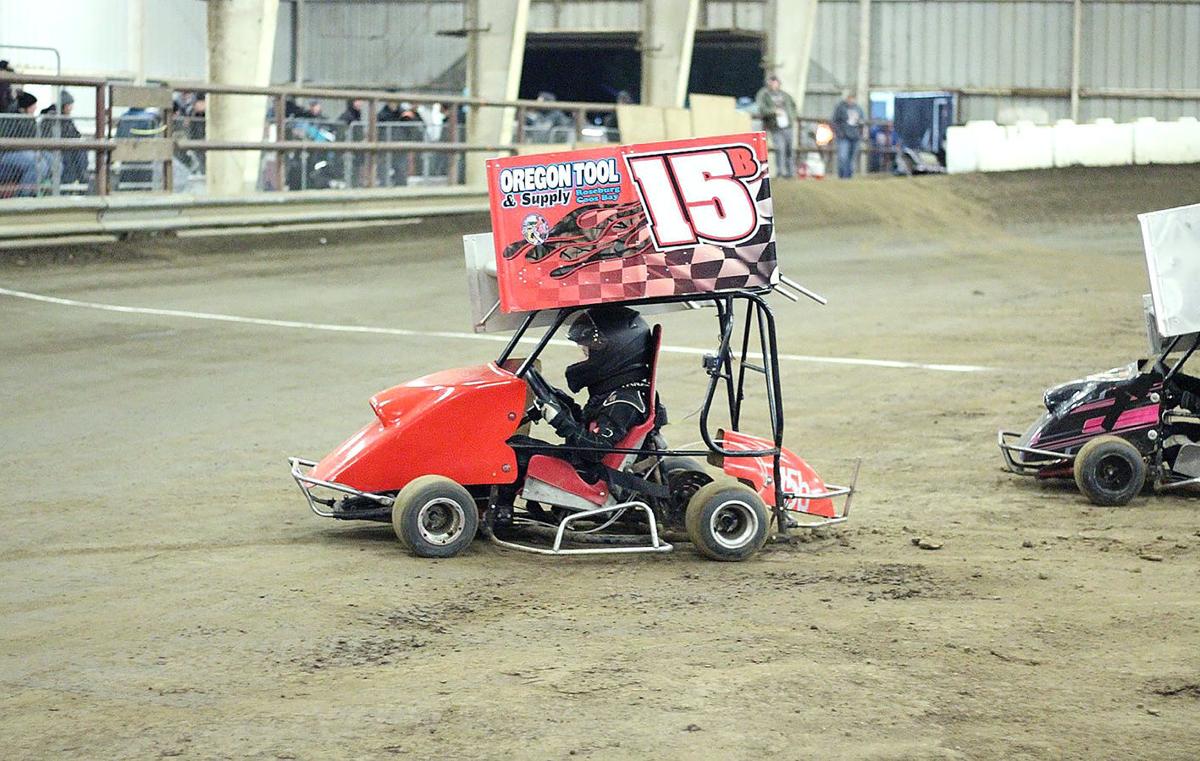 Bentley Roach goes around the track at the Douglas County Fairgrounds, as part of the Roseburg Outlaw Kart Series. He won three trophies in his first year of competition.

Bentley Roach, 8, at his Winston home on Saturday. Roach recently completed his first season as a kart racer.

Bentley Roach, 8, has just finished his first season of kart racing at the Douglas County Fairgrounds. The Brockway Elementary School student was diagnosed with autism in preschool, but hasn’t let it slow him down.

Bentley Roach goes around the track at the Douglas County Fairgrounds, as part of the Roseburg Outlaw Kart Series. He won three trophies in his first year of competition.

Controlling emotions and making friends has been hard for 8-year-old Bentley Roach, but since he started racing karts this season, he’s made progress both on and off the track.

It’s his first year competing and it wasn’t easy for Bentley who was diagnosed with autism, a developmental disorder that will lead to lifelong challenges in socialization and behavior, when he was in preschool.

“I was scared. Nervous. I almost peed my pants when I got on the track,” Bentley said about his first day of racing.

Starting something new is terrifying for Bentley, who loves routines — a necessity for anyone with autism.

When he started going to preschool, he was the cause of several room clears, when all other students in the class have to leave the classroom to ensure their safety, at Brockway Elementary School.

Bentley grew up in a family of race car and kart drivers, so it wasn’t that surprising that one day his uncle offered him the chance to drive a kart for the Outlaw Motor Sports team. But Daniel and Mandy Roach made sure that their son knew that driving would be seen as a privilege.

“We never treat him any different,” his mother Mandy Roach said. “We can’t adapt society to fit around Bentley, so we prepare Bentley to fit into society.”

He still takes longer than most to warm up and open up to people and needs strict routines and schedules. But, he’s much better at keeping his emotions under control.

He even received two student of the month awards, including in September 2019 — his first month in second grade.

Bentley is reading above grade level and his attitude has improved, according to his parents. Bentley is also involved in several after-school activities, such as football, soccer and kart racing.

And while his attitude in the classroom improved, his kart racing skills did too.

Bentley started off in peewee class, but after three weeks and three victories that came with trophies, he moved up to the beginner box class.

He’s helped his cousins get their karts ready for the track, takes out the garbage at the end of the day and made new friends along the way.

Bentley was also able to meet his hero, Tanner Holmes, a 16-year-old Outlaw Kart Champion and sprint car driver from Jacksonville. Holmes has a YouTube channel with more than 26,000 subscribers.

“He’s a big deal in kart racing,” Daniel Roach said. He explained that in addition to good performances on the track, Holmes is respectful to his supporters and took time to get to know Bentley.

The next goal is to see Armani Williams, the first NASCAR driver with autism, in action.

Because of his autism, Bentley had to find a routine in kart racing and be shown things multiple times. And once Bentley is in his kart, he doesn’t get out.

This means he sits in his kart for hours at a time, often with a blanket covering his legs and an iPad in his hands to play games.

Friends and family members come over to chat with him and play games, but once he gets out of the kart it’s nearly impossible to get him back in.

Although he takes a while to warm up to people, Bentley communicates with others and doesn’t mind sharing his story — or talking about Tanner Holmes.

Track personnel, including the medical staff on site, have gotten to know Bentley in the past few months. So when he wrecked his kart going into turn four they made sure that his dad was the first one to approach Bentley.

“They knew they weren’t going to get a response,” Daniel Roach said. After an upsetting event, such as wrecking a kart, Bentley will often revert to being nonverbal and only communicate via hand gestures with mom and dad.

They created special hand signals in case of a wreck, where Bentley can indicate whether he needs to go to the pits, the hospital or is unsure.

Bentley gave his dad the signal that he wasn’t sure if he should go to the hospital, so the parents decided to take him just to make sure.

Bentley came away hurt, but not broken. His kart, however, was broken and would take several weeks and a couple thousand dollars to get back on the track.

Roseburg Outlaw Kart Racing season ended Feb. 8 with Bentley cheering on his cousins and friends from the stands, but he’s determined to be back on the track next year.