Roseburg voters do not support combining the two Roseburg middle schools but are in favor of upgrading safety features throughout the district, according to results of the community survey presented Monday to the Roseburg school board during a work session.

The Nelson Report interviewed 378 people between Oct. 18 and Oct. 26 for input on a proposed bond levy in May 2020. Melissa Martin of Nelson Report said the survey had a 95% level of confidence.

“The good news is, respondents appear to be willing to pay more in property taxes to address the district’s facility needs,” the report said. “A bond proposal that reflects the community’s highest priorities will have the greatest chance of success.”

The school board did not make any decisions Monday, but will meet Nov. 13 to discuss its next steps in moving forward on the bond levy.

Respondents to the community survey listed district-wide upgrades and improvements such as roofs, paints, siding, plumbing and other repairs as the top priority, closely followed by making district-wide energy improvements, safety and security upgrades, and technology infrastructure updates.

Registered voters saw a lack of funding as the biggest issue facing Roseburg Public Schools, followed by overcrowded classes and the quality of education. Although the majority of people said they were unsure about the issues facing the school district.

While the survey asked community members about their priorities in the school district and their thoughts on school performance and buildings, it also honed in on specific questions regarding consolidating the middle schools and upgrading the Heritage building at Roseburg High School.

When it came to the middle schools, 59% of respondents preferred to maintain two separate schools and spending money on replacing one or two elementary schools instead.

Respondents to the survey were split on its decision to replace the Heritage building at Roseburg High School, which is the original school built on the site in 1924.

“Nearly half of respondents are not sure how to rate the physical condition of the Heritage building at the high school,” the report said.

According to a 2006 report by the State of Oregon Department of Geology and Mineral Industries, the chance that the Heritage building will collapse in the event of an earthquake is 100%. 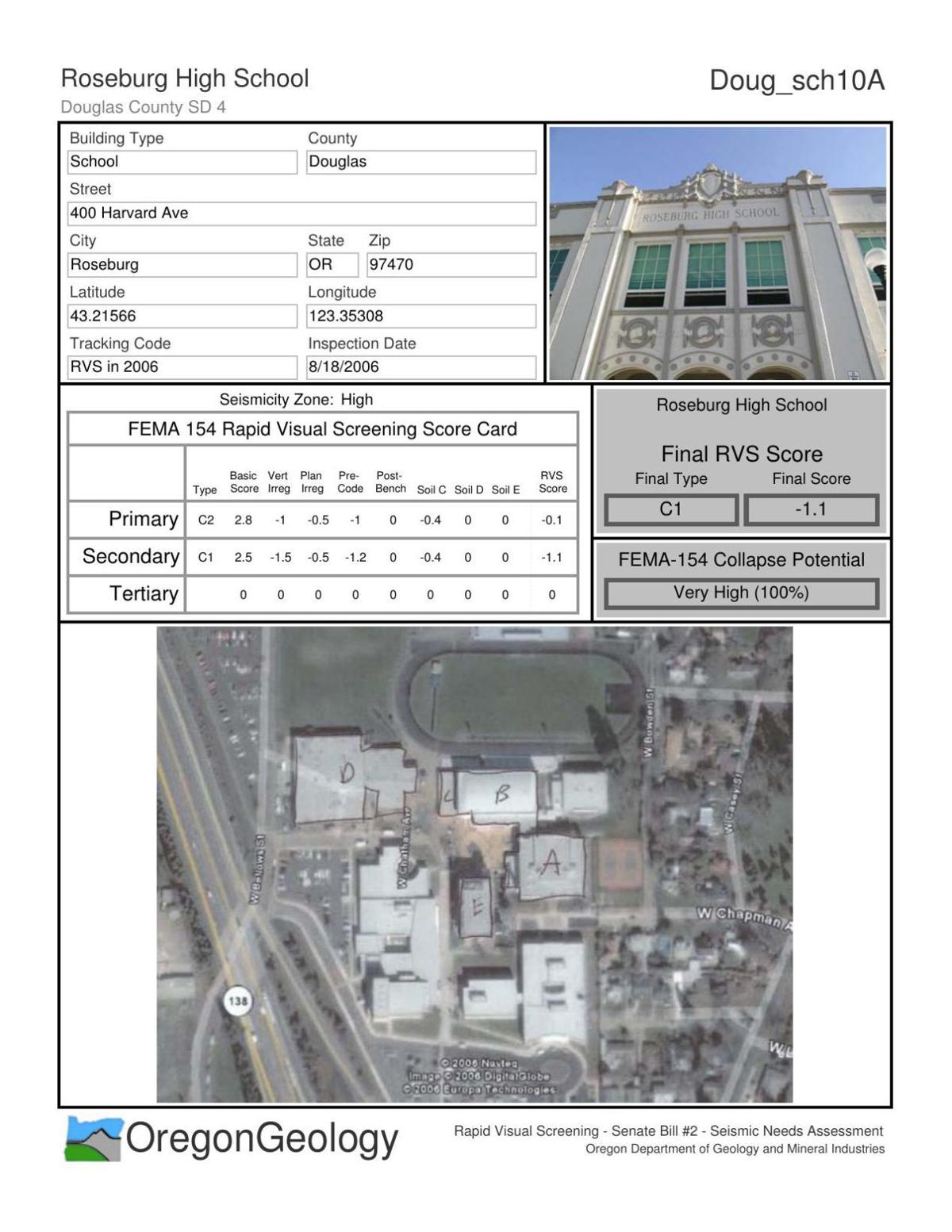 “What is most concerning about the priority rating related to the Heritage building and a consolidated middle school, is that a majority of respondents in nearly every demographic group rate these components as a low priority,” the report said.

Although replacing the Heritage building did not have an overall positive response from voters, the school board and superintendent continued to ask questions about the historic building.

Martin added that education and communication could help sway the public vote on the matter of the Heritage building, but that there is a sentimental attachment to the building as well.

Board director Rod Cotton said he didn’t think the school board had enough time to work on the bond levy. However, communications specialist Brian Prawitz — the owner of BP Media which will be doing the marketing for the school district — said he is confident in the original timeline and that the real marketing campaign doesn’t start until about two months before election day.