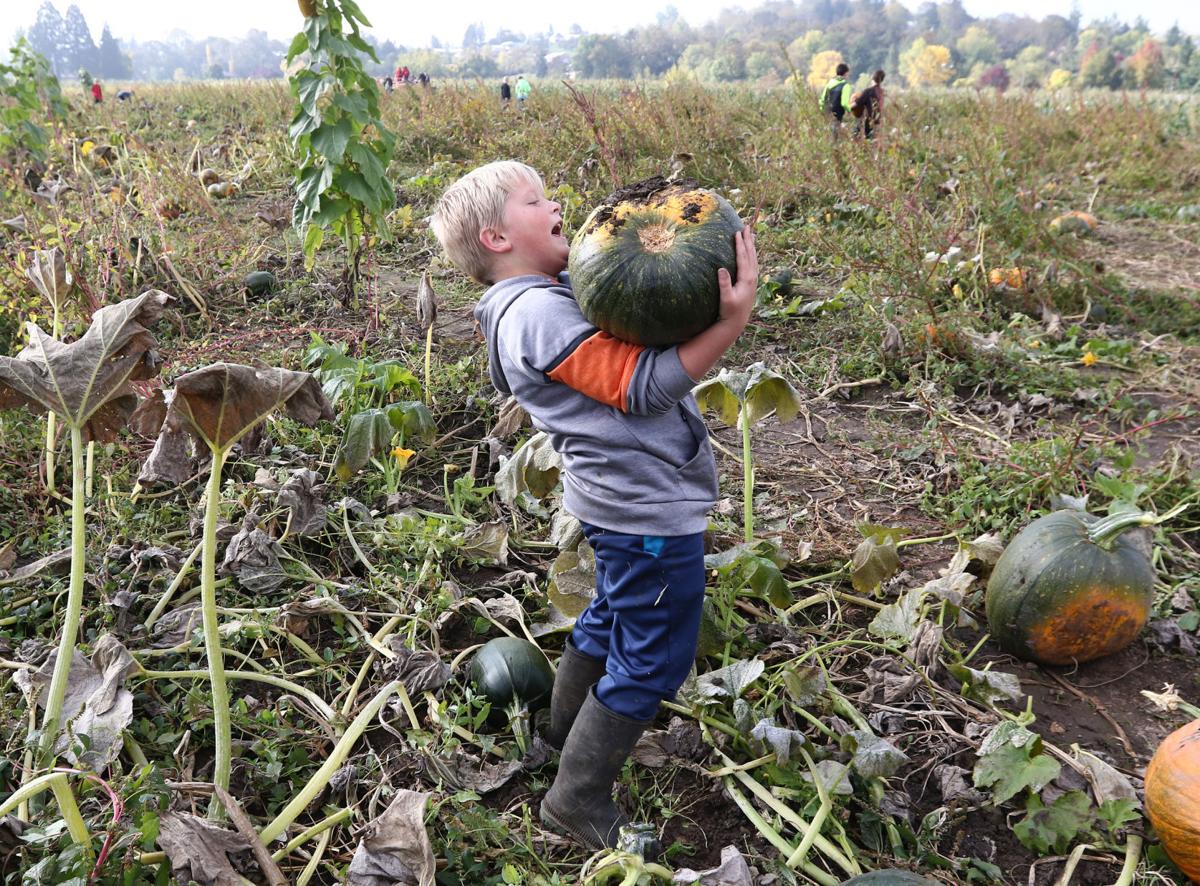 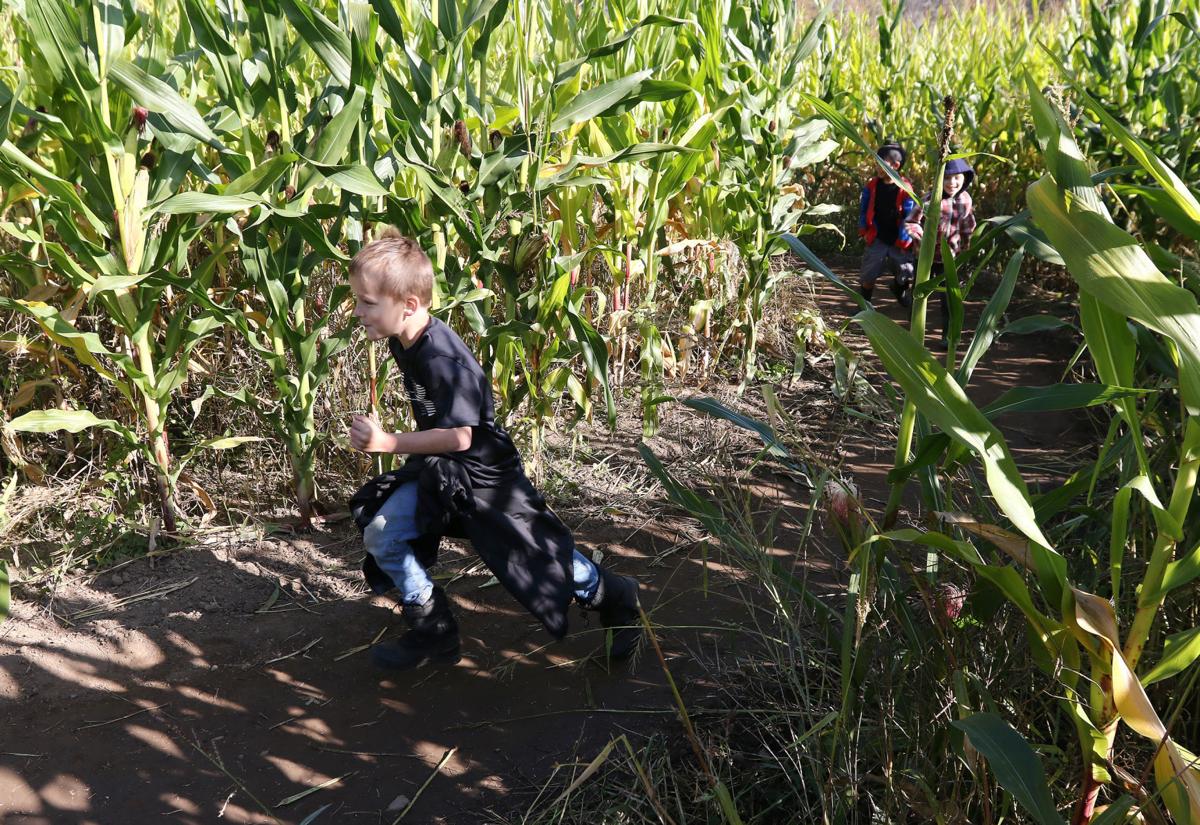 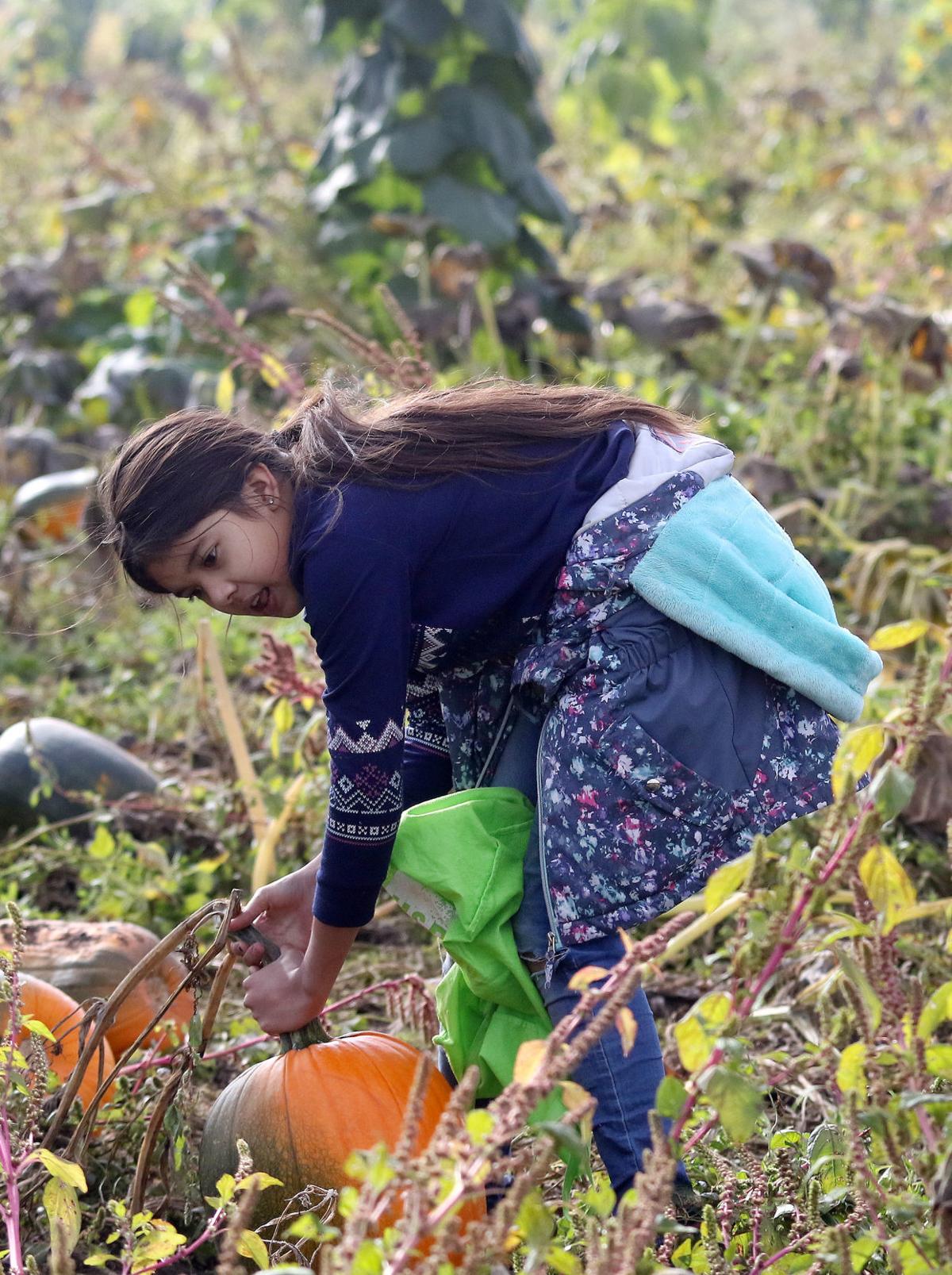 at the Brosi’s Sugartree Farms pumpkin patch in Winston on Thursday. 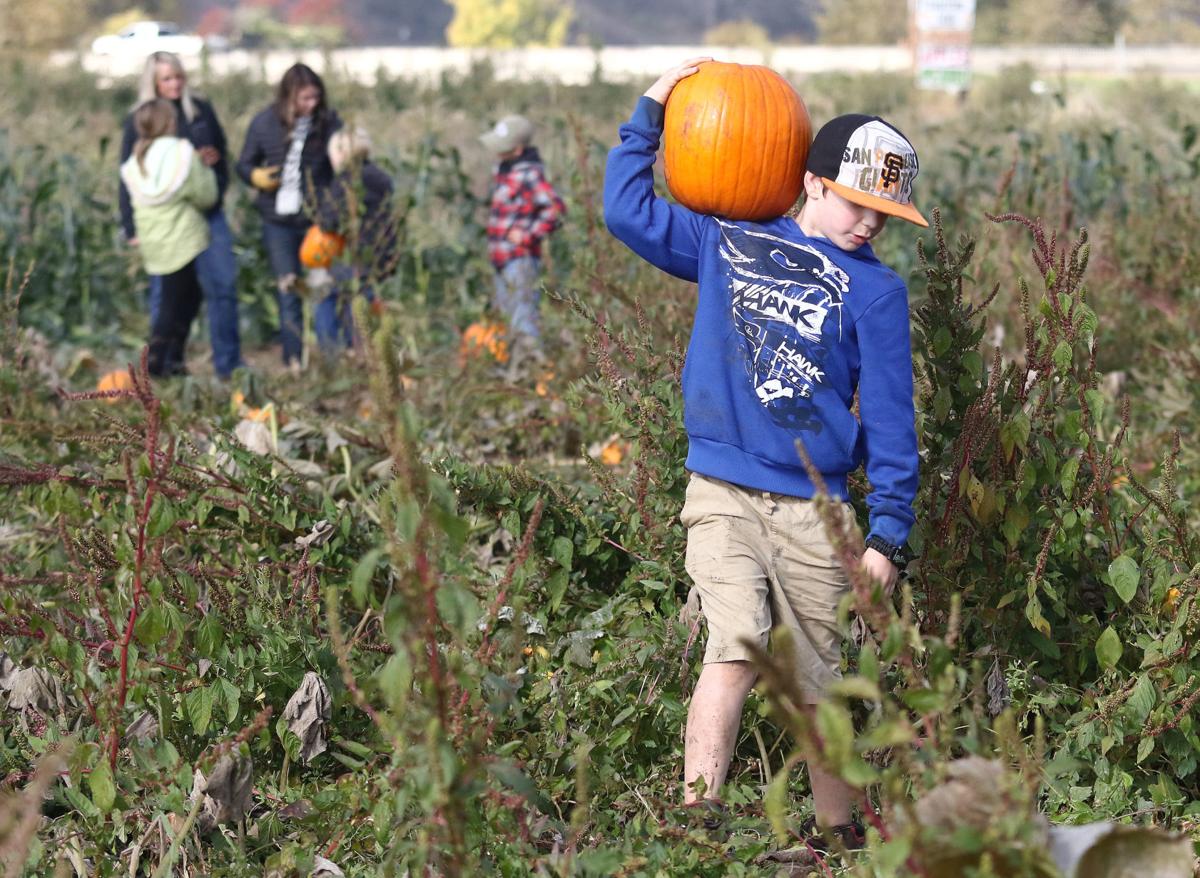 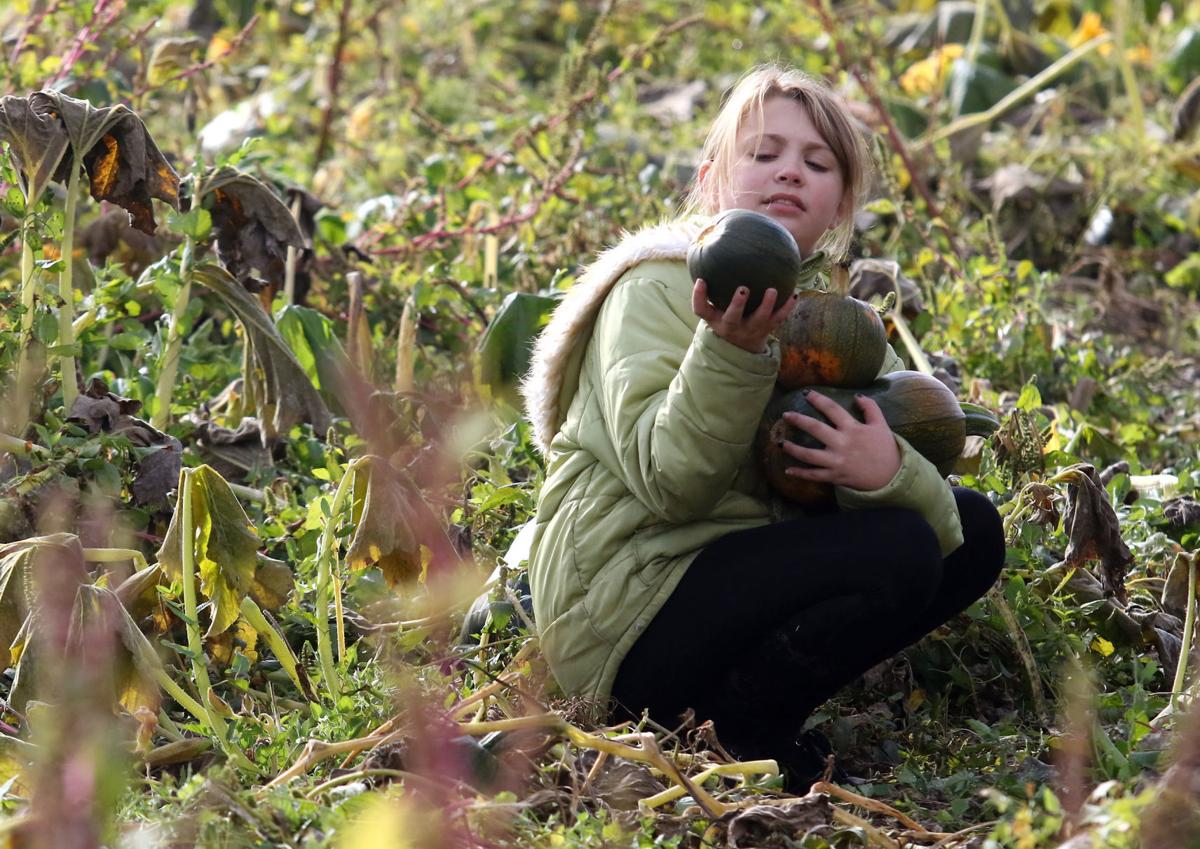 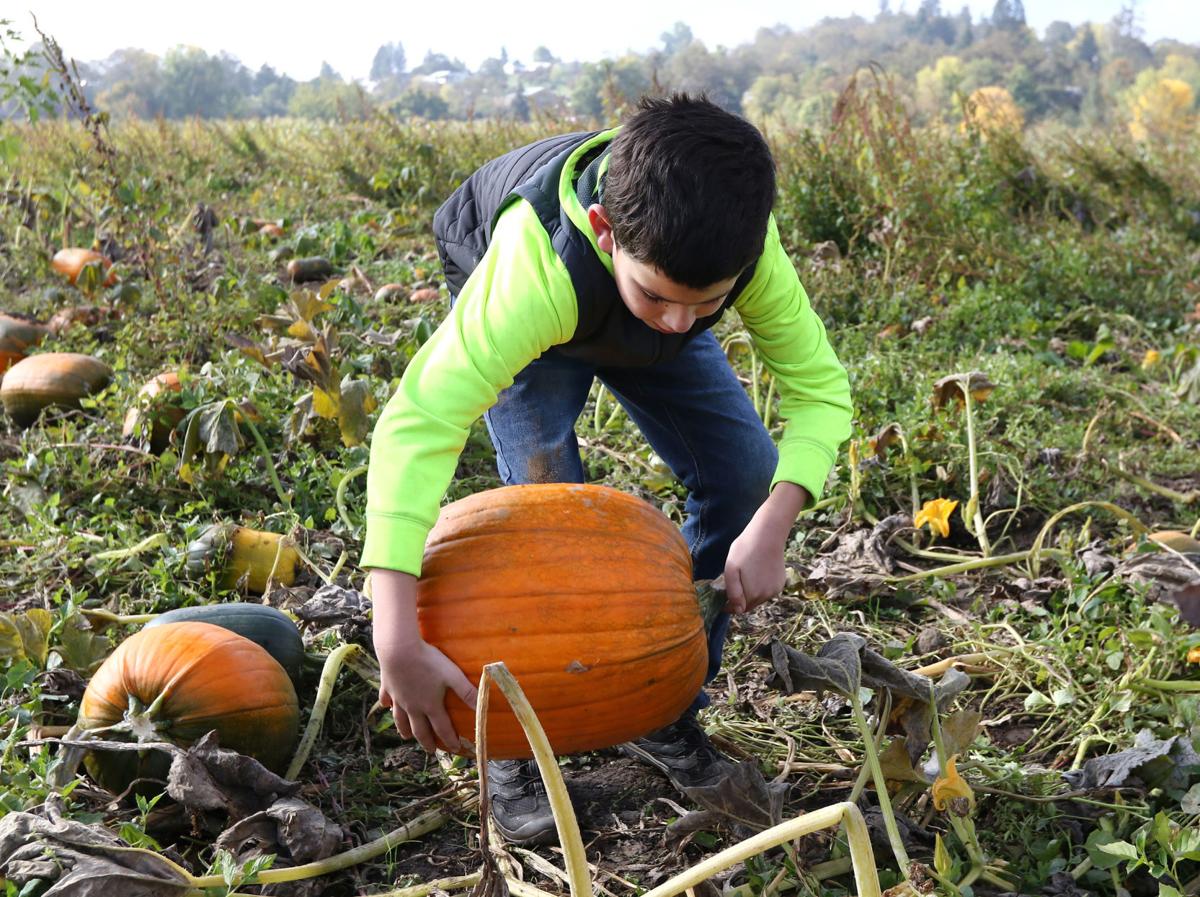 at the Brosi’s Sugartree Farms pumpkin patch in Winston on Thursday.

Charley and several of her friends got lost in the corn maze and found a lake on the property with a mist hanging just above the water.

“It looked like a lake off a scary movie,” Charley said, adding that getting lost in the corn maze was her favorite part of the trip.

Her classmate, Zaine Bennett agreed that the corn maze was a lot of fun.

“I got lost, and found other people running around, so I just followed them,” he said. “Then I memorized the maze and did it like three more times.”

Most of the fourth graders took several trips through the corn maze before going on a hayride to the pumpkin patch.

As they climbed down from the wagon pulled by a tractor, teacher Parma Ferguson reminded them to choose pumpkins they could carry.

It quickly became clear that the message had fallen on deaf ears as students hoisted pumpkins half their height from the ground. It would sometimes take several tries, or several students, to get the pumpkins to the side of the road as they waited for the tractor to take them back to the school bus.

Zaine chose a rather large pumpkin he was hoping to paint instead of carve.

Riley Stever, a fourth grader, initially set out to look for a green pumpkin with bumps on it, so she could carve it into a witch, but settled on a green oblong pumpkin.

“When I carve pumpkins we do it outside by the pigpen because I live on a ranch,” she said. “The pigs love eating the pumpkin guts.”

While pigs may enjoy eating the pumpkins, the students were given a pear, sandwich cookie and cup of apple juice during their visit.