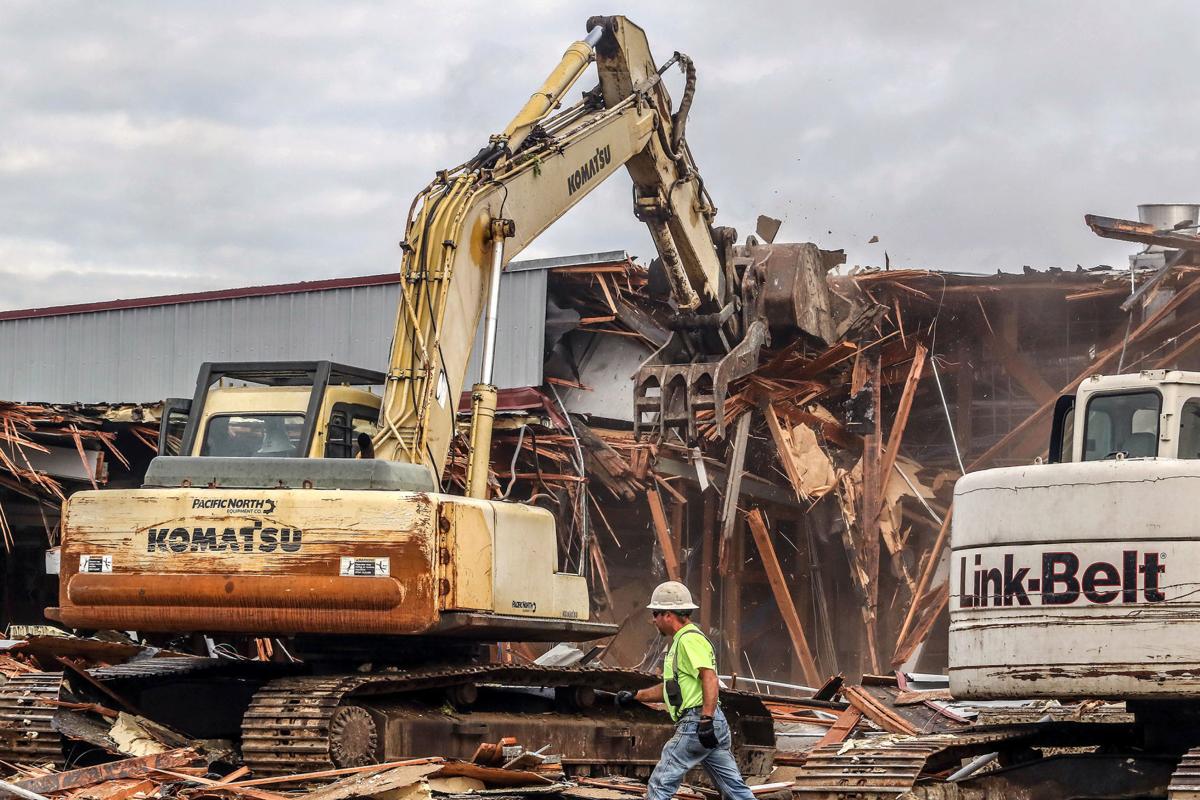 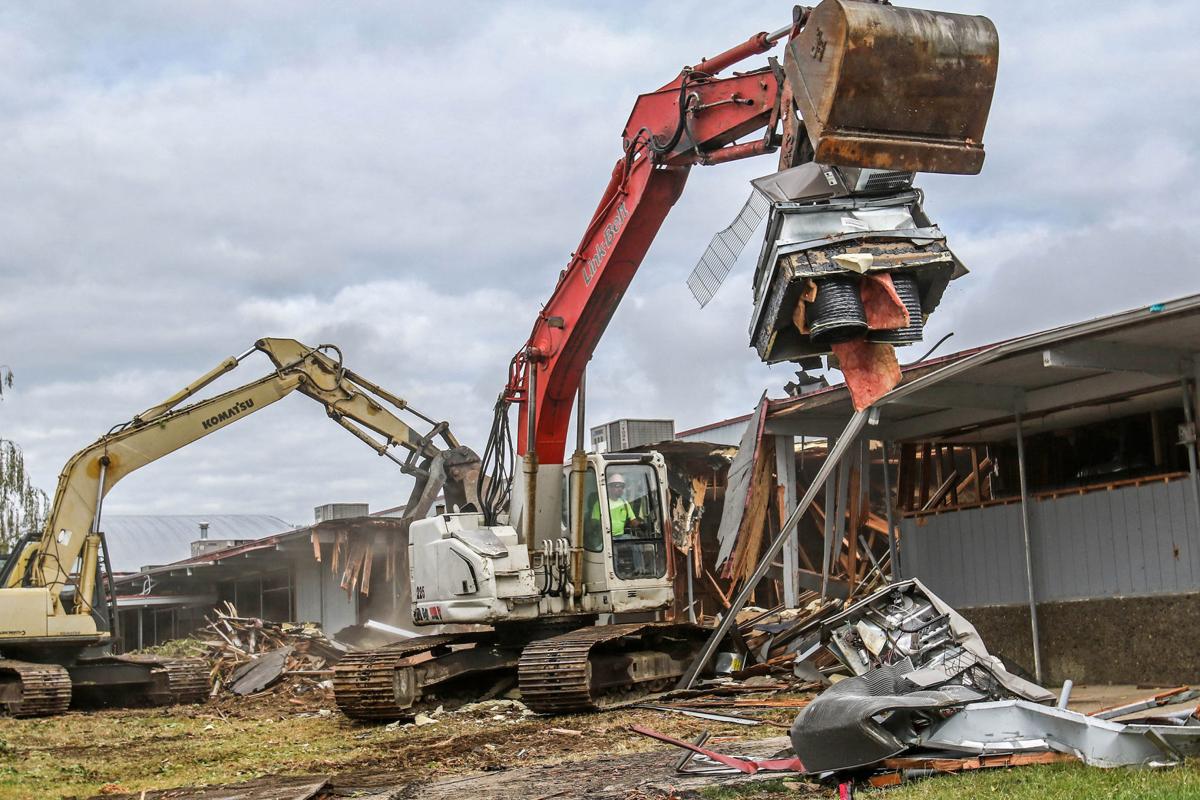 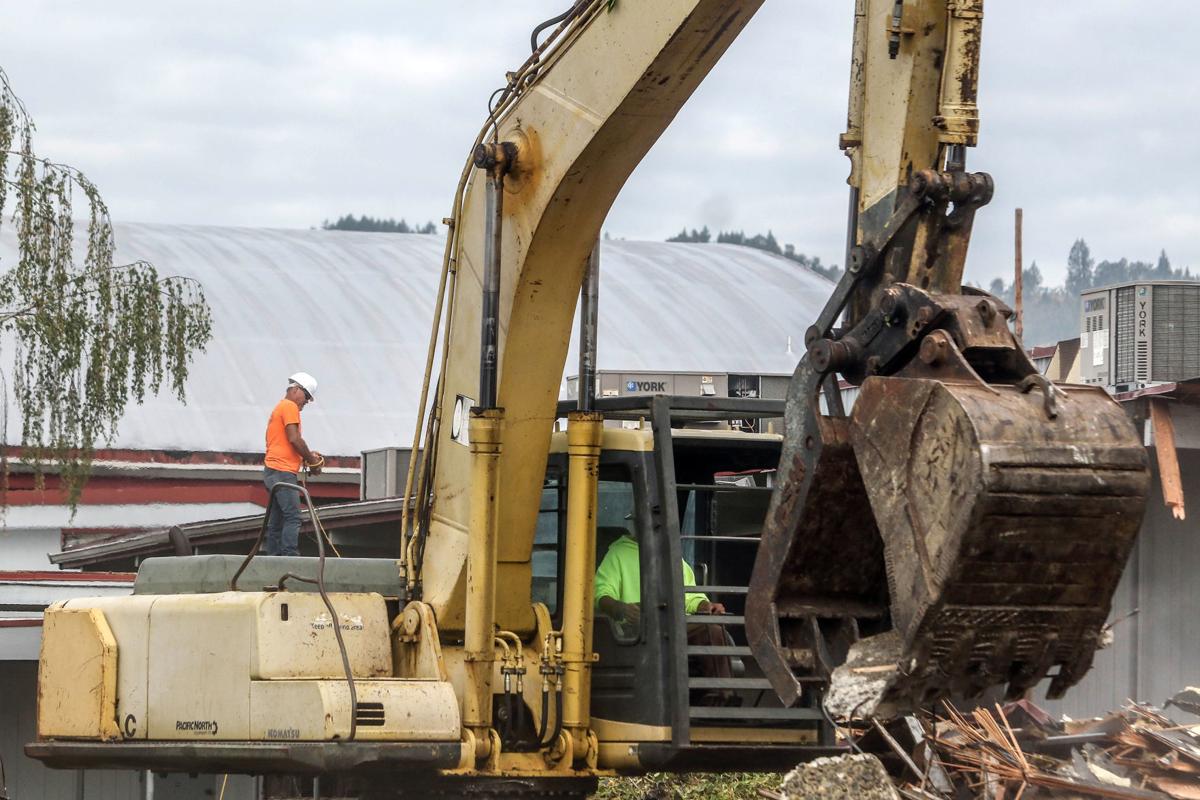 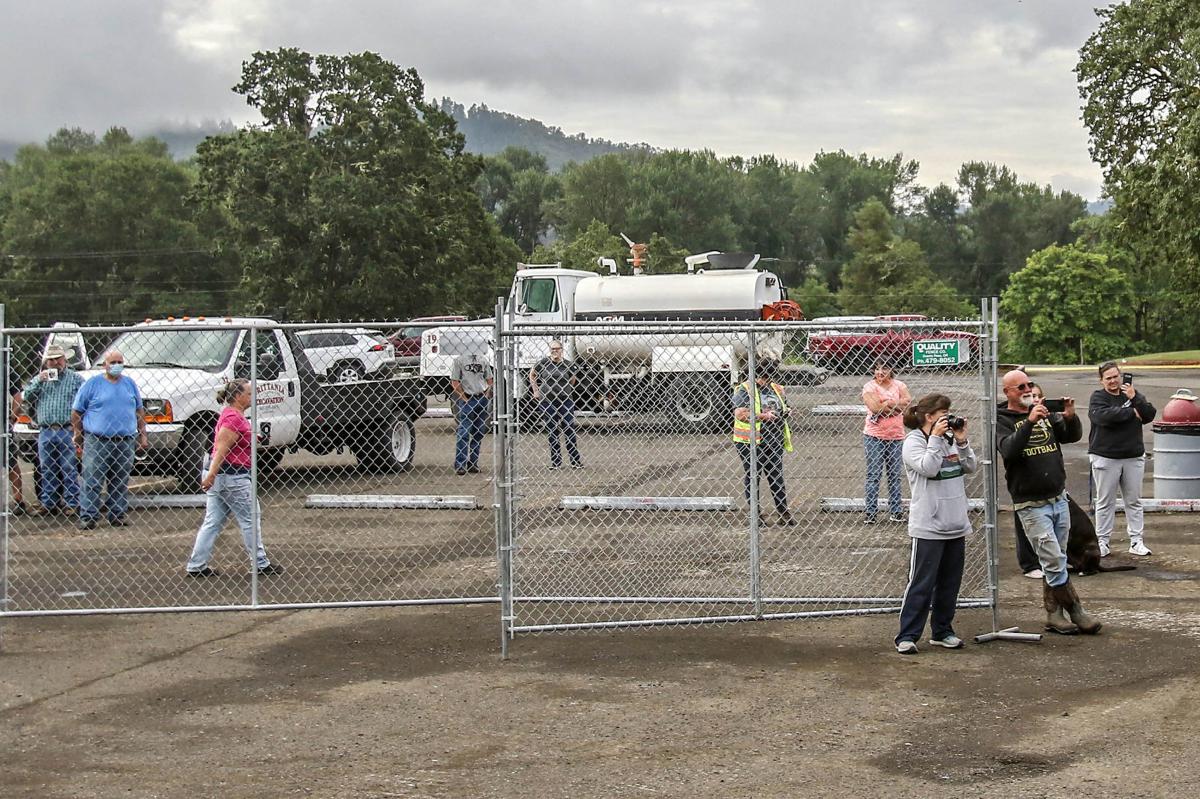 The demolition of the upper hall of Douglas High School in Winston draws about a dozen onlookers on Tuesday morning. 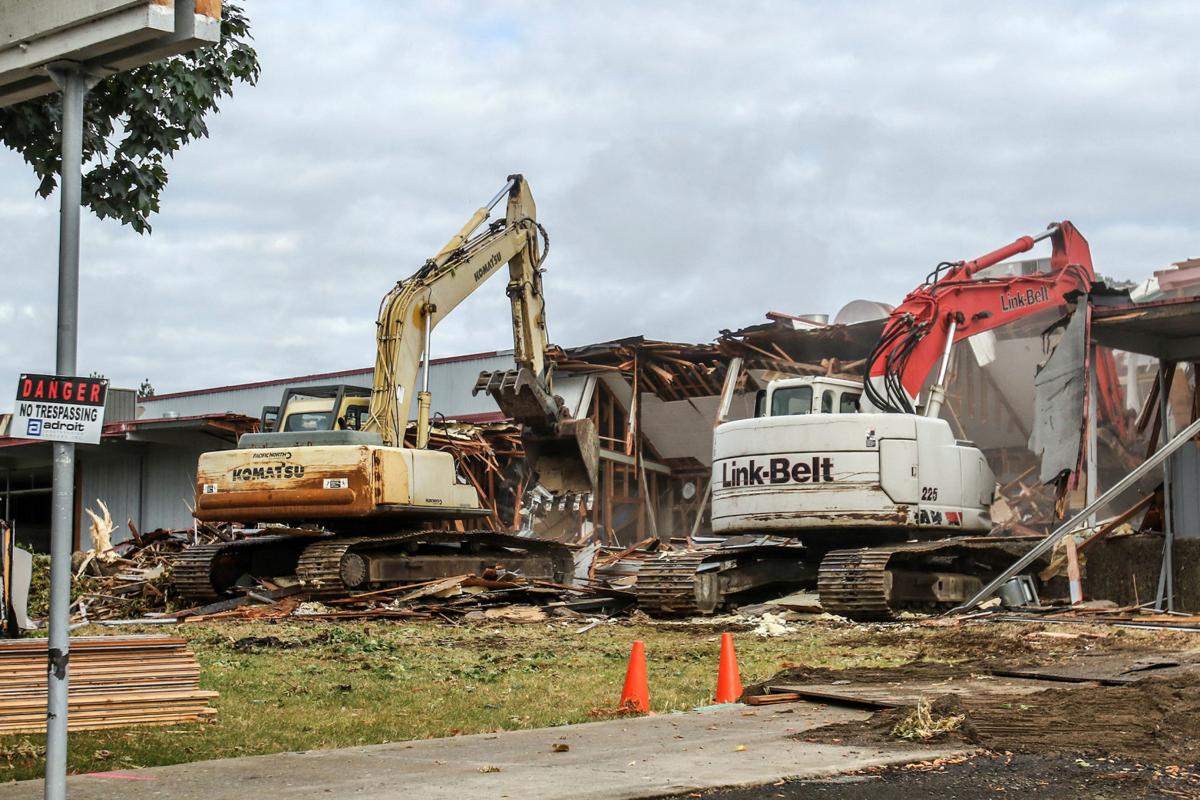 WINSTON — About a dozen people came to Douglas High School early Tuesday morning to watch as two excavators tore into the upper hall to make room for a new building.

The excavators picked up air-conditioning units from the roof of the old building, and seemingly took bites out of the roof to start the tear down.

Berray has taught at the school for 30 years, much of that time in the building that came down Tuesday.

She said she came because of the memories she made in the building but wasn’t sad to see it go. A new two-story building will be erected in its place.

The only small disappointment came in the way the building was brought down.

Anderson graduated from Douglas High School and his mother taught at the school, but he too was more excited than sad to see the building go.

Winston-Dillard School District Superintendent Kevin Miller said, “It was a great old building, but it’s reached its end of service.”

Miller reminisced about the thousands of children who came through the building and what the building meant for those students.

Growing up in Myrtle Point, he remembers his mother driving by Douglas High School and talking about the “beautiful school on the hill” when the building was new.

But Miller also was excited about what would come next for the school.

“I can just picture a two-story building looking out over the mountains,” Miller said. “It’s going to be gorgeous.”

Tear-down of the upper hall is expected to take approximately two weeks.

Excavation for the new gym and modifications to the circle drive is currently scheduled to begin July 27. The school board will confirm a date and time for a groundbreaking ceremony at Wednesday’s school board meeting.

Construction on a new building will start next summer and Miller hopes classes will be able to start in the building at the start of the 2021-22 school year.

Demolition of the upper hall has been the most visual construction project to this date, but other projects took place away from the eyes of those driving by the school.

The floor in the gymnasium has been replaced and crews have been on site to sand and prep the floor for final finishing. Construction of a new gymnasium will begin next summer.

Asbestos abatement in the upper hall was completed before the tear-down started. Demolition was originally scheduled to begin Monday.

“If there’s a silver lining to this whole COVID-thing, because of the school closure, we were able to start abatement on the upper classroom building two weeks earlier than anticipated,” said Nancy Giggy, construction manager at Integrity Management Solutions, at the June school board meeting. “The janitors and maintenance staff did an excellent job on getting stuff out of there and getting it out quick.”

All these projects are part of the first phase of the remodel and redesign of Douglas High School. Next summer when construction starts on a new gymnasium, the lower hall will be town down.

“It’ll be great for the community,” Miller previously said about the project. “Long after I’m gone and retired, they’ll have a really nice facility up there they can enjoy for years.”

Soderstrom architecture presented new renderings to the school board during the June meeting, which showed a grey building with rust-colored details.

Giggy told the school board at the time that school colors would be incorporated in the interior of the school as well.

The estimated $21.5 million project will be mostly funded through a 20-year bond levy passed by voters in May 2019.