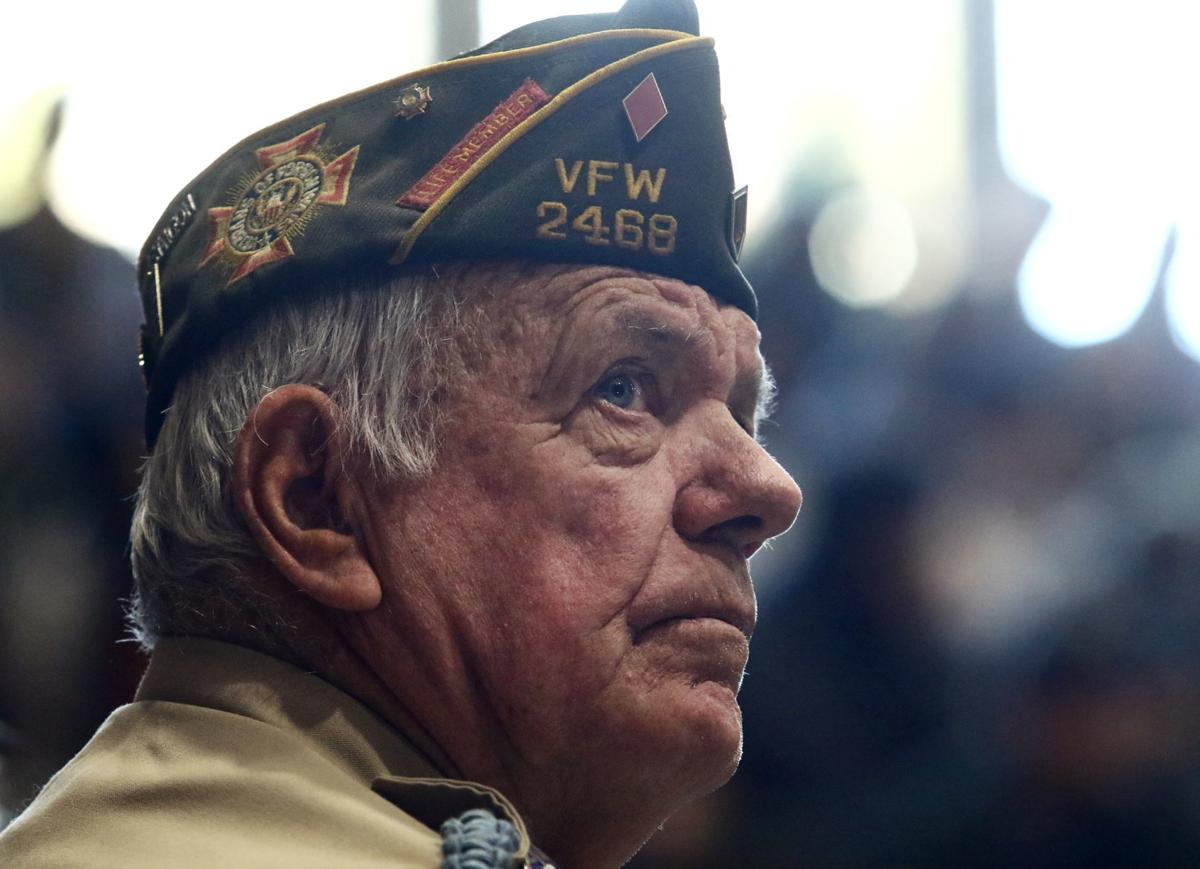 Army veteran Monte Montgomery of Idleyld Park looks on during a Veterans Day assembly at Elkton High School on Wednesday. 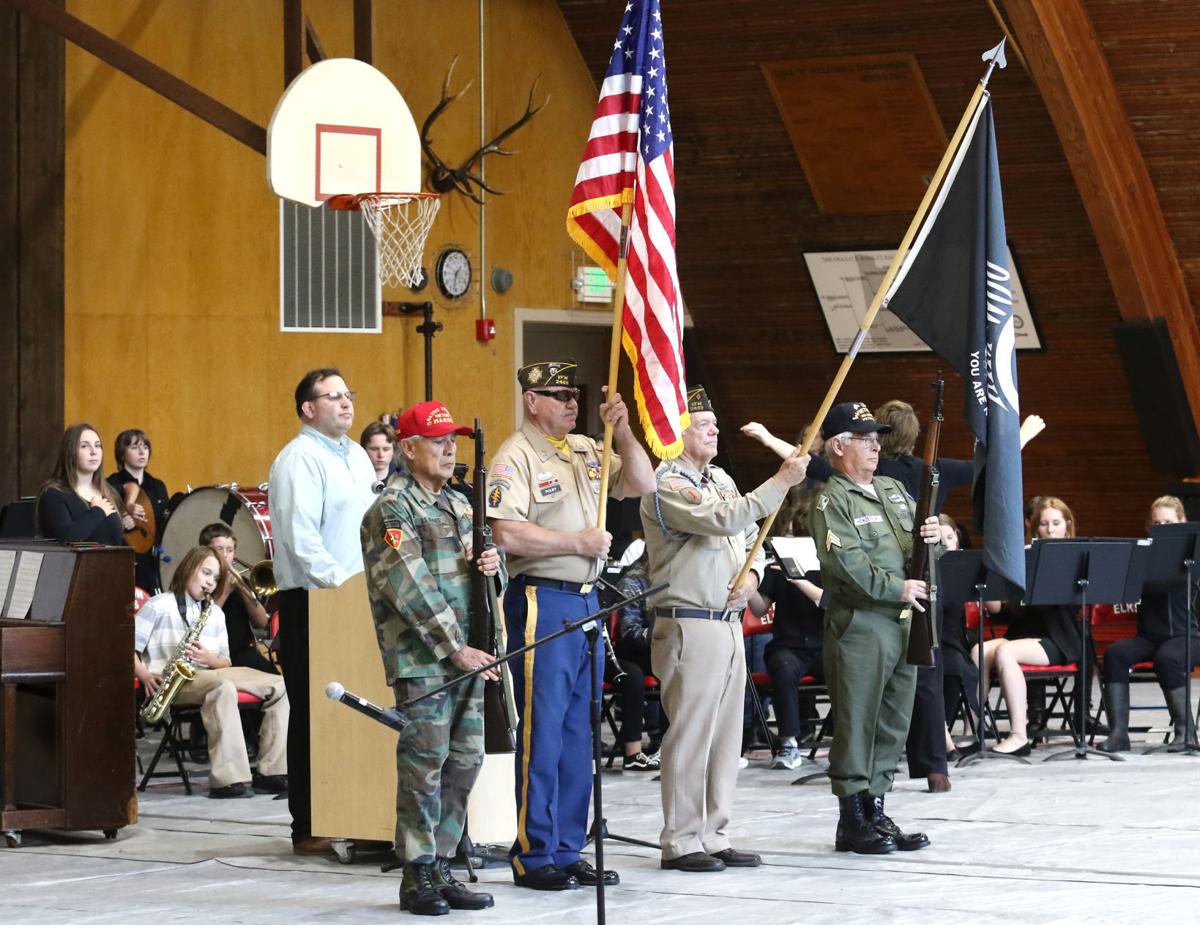 A color guard presents the U.S. flag at the start of a program recognizing Veterans Day at Elkton High School on Wednesday. 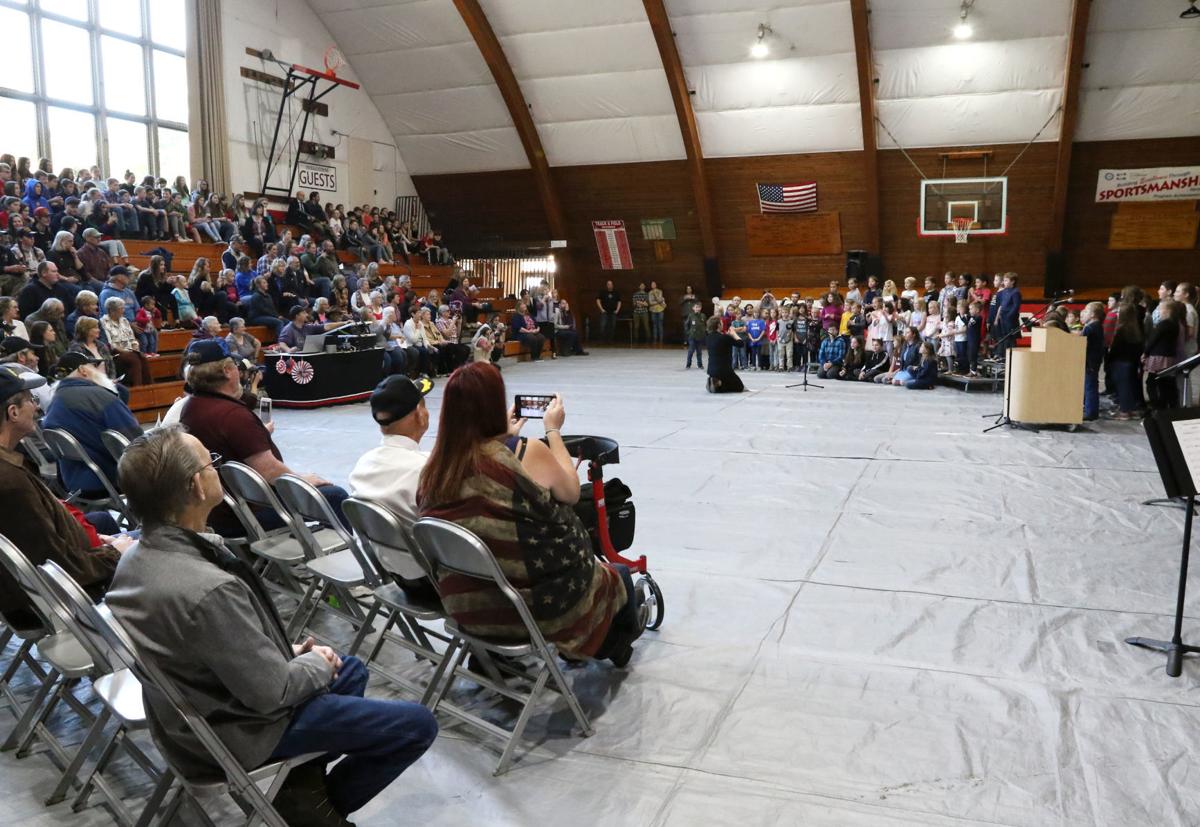 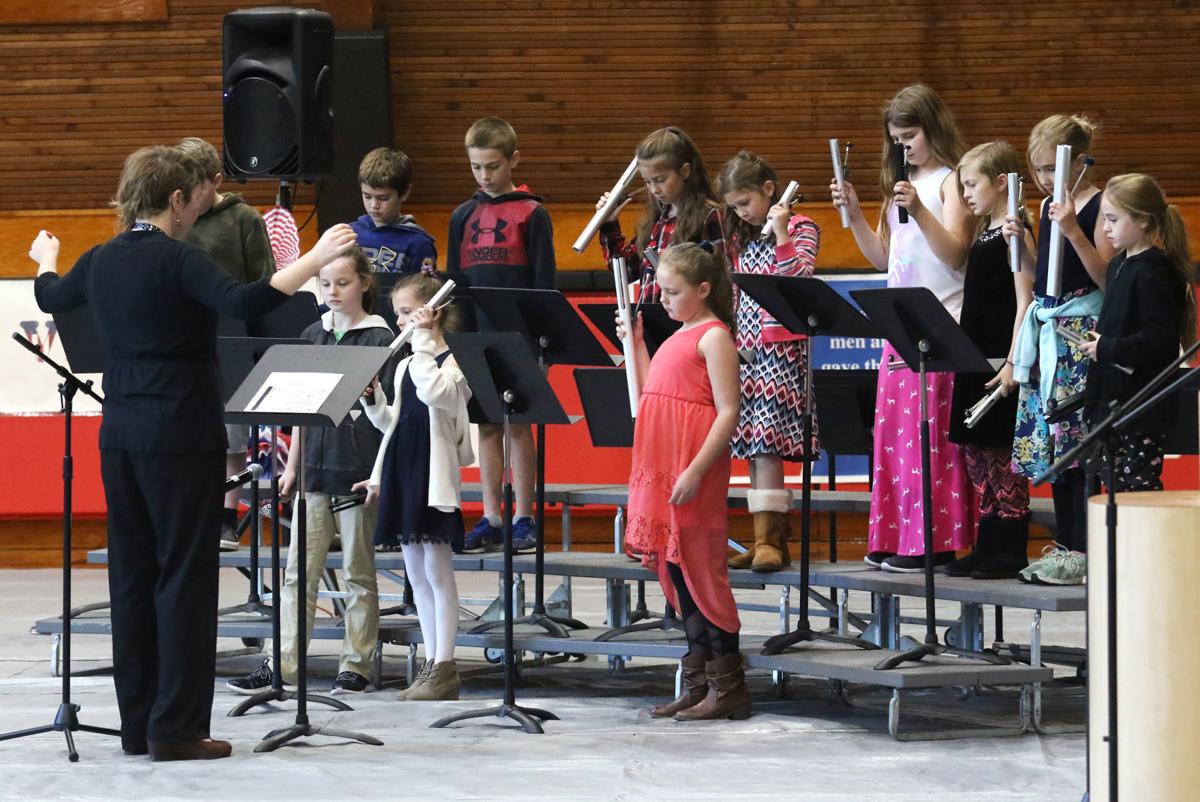 Army veteran Monte Montgomery of Idleyld Park looks on during a Veterans Day assembly at Elkton High School on Wednesday.

A color guard presents the U.S. flag at the start of a program recognizing Veterans Day at Elkton High School on Wednesday.

Elkton Charter School Superintendent Andy Boe and board member Doug Byle awarded the diploma to Osborne, who served from 1962 to 1983, and was unable to earn his high school diploma when he was a teen because of his service in the military.

The school district provides diplomas for veterans who were unable to earn their diploma during the annual celebration, which included music, a presentation of the colors, speeches from students and an introduction of veterans.

“The founders started it all, the veterans who bonded together, and the everyday people who used their right to keep the country growing continuously,” high school senior Sadie Olson said. “When considering the undeniable excellence of the United States of America the truth remains that the whole identity of our country, our way of life and our triumphant existence is possible only because of the path and private citizens who through innovation, bravery and devotion created and preserved the great country that we’re all proud to call home.”

Eighth graders Constance Murry and Kairon Johnson also read essays about what makes America great. They both wrote about the freedoms of Americans.

“We’re extremely lucky to have so many rights,” Johnson said.

Some were choir pieces, while others were performed with hand chimes and some included the band.

Abigale Perrone closed out the ceremony by performing Taps.

Elkton Charter School has completed a veteran’s memorial, which consists of a new 70-foot flag pole, a concrete pad and a display of 121 tiles with the names of active military and veterans. There is also a granite display with the names of five Elkton High School alumni who lost their lives during their service.

The memorial was visited by many of the veterans who filled the gym Wednesday. An official dedication for the memorial is scheduled for May 16, 2020, around Memorial Day.