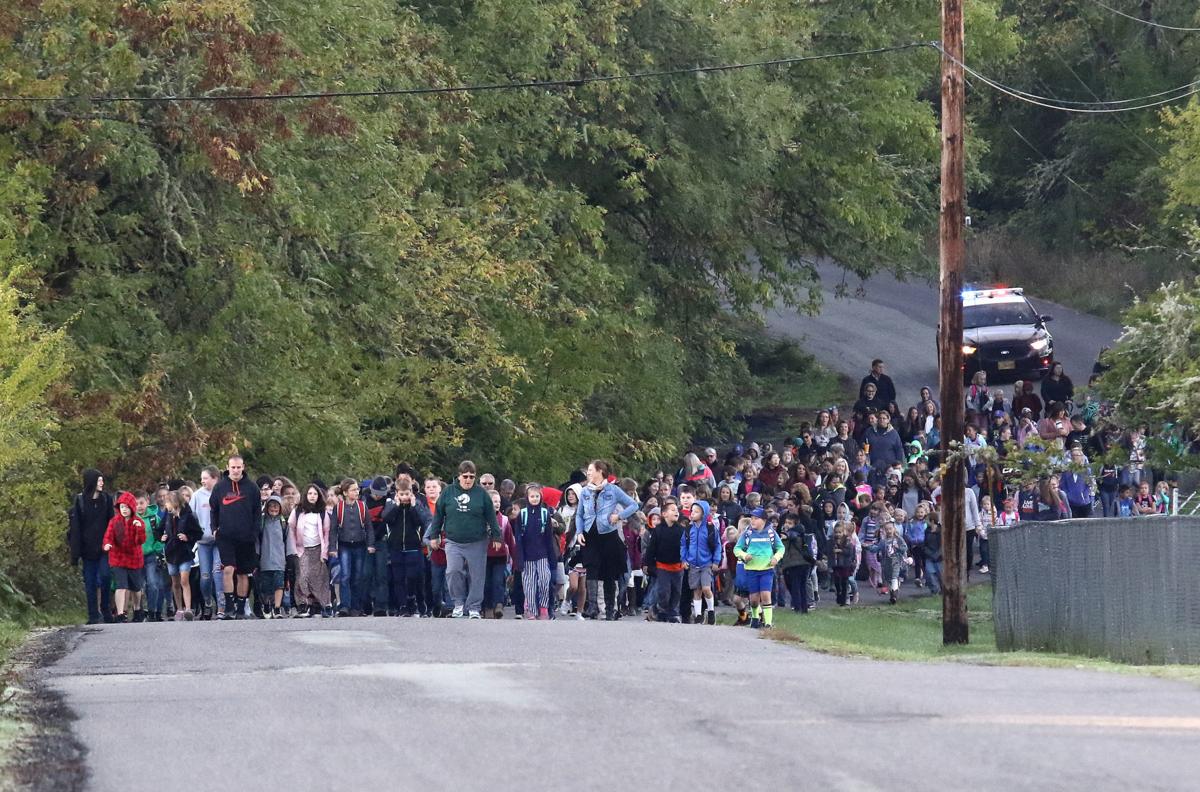 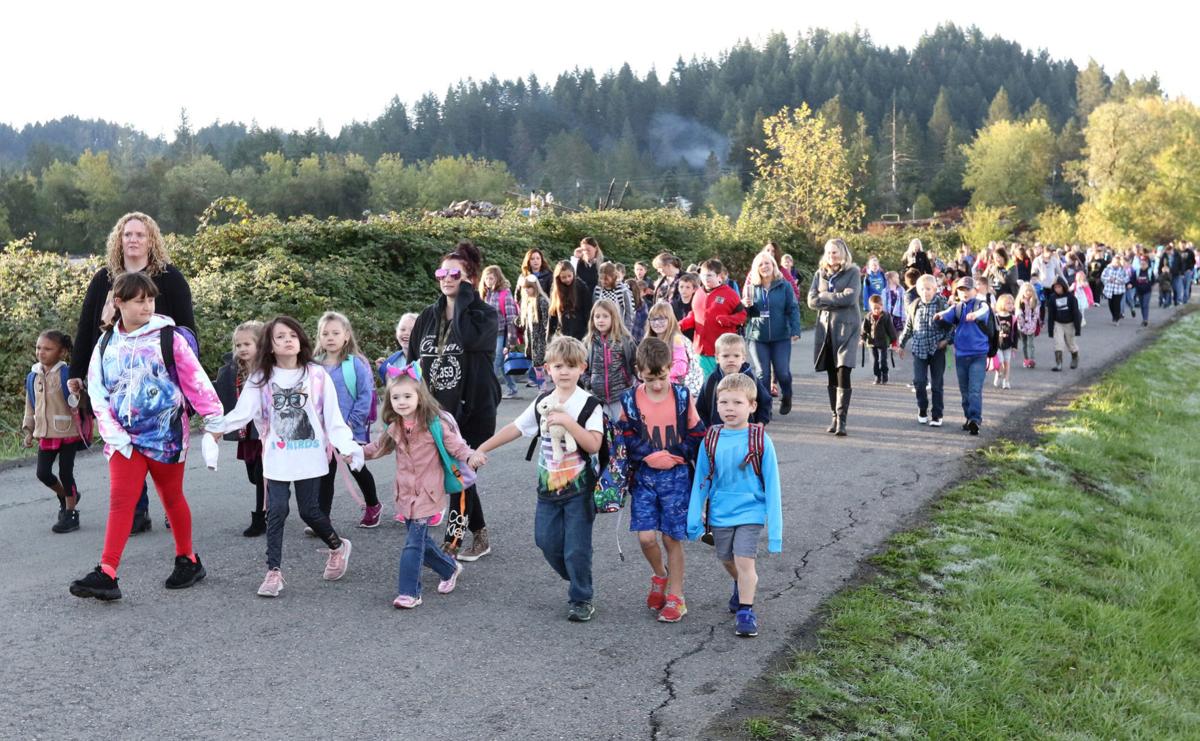 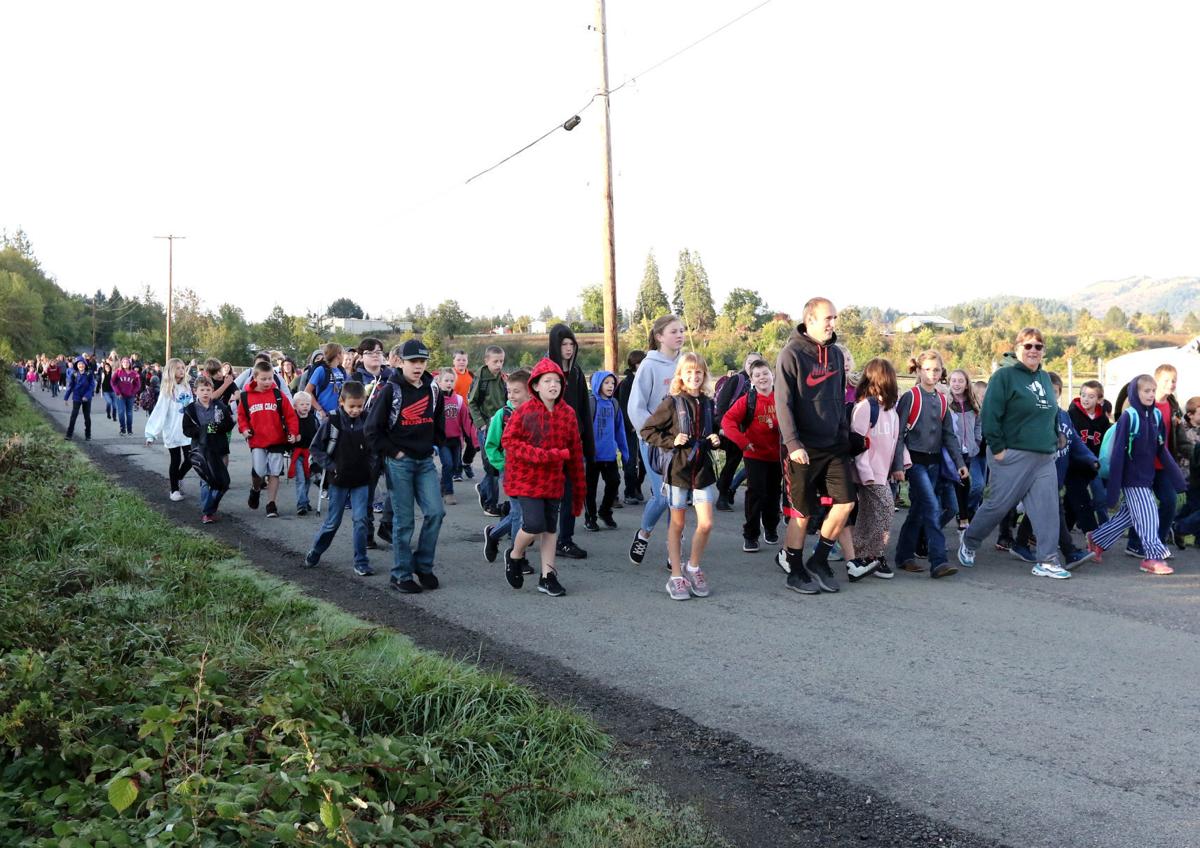 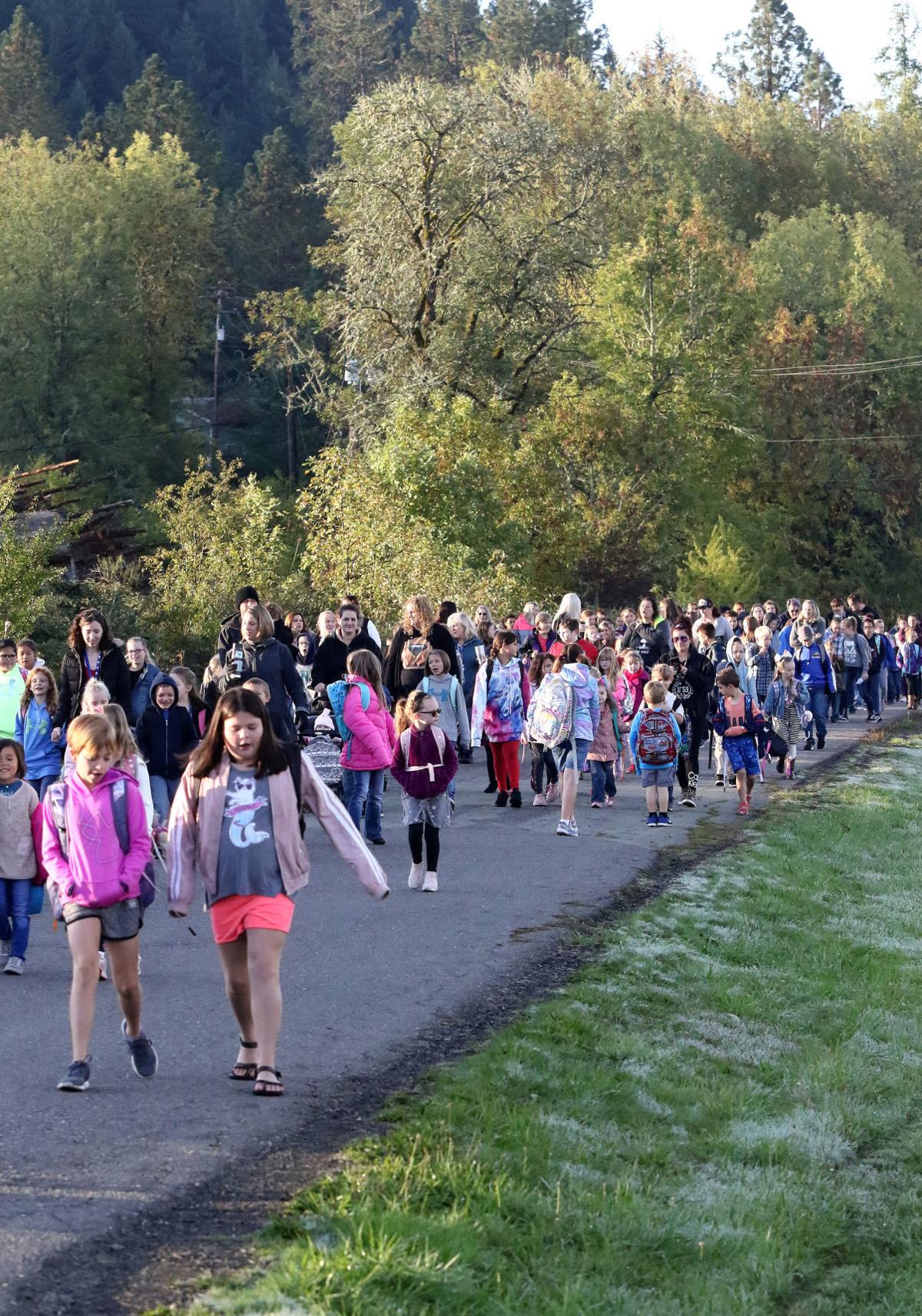 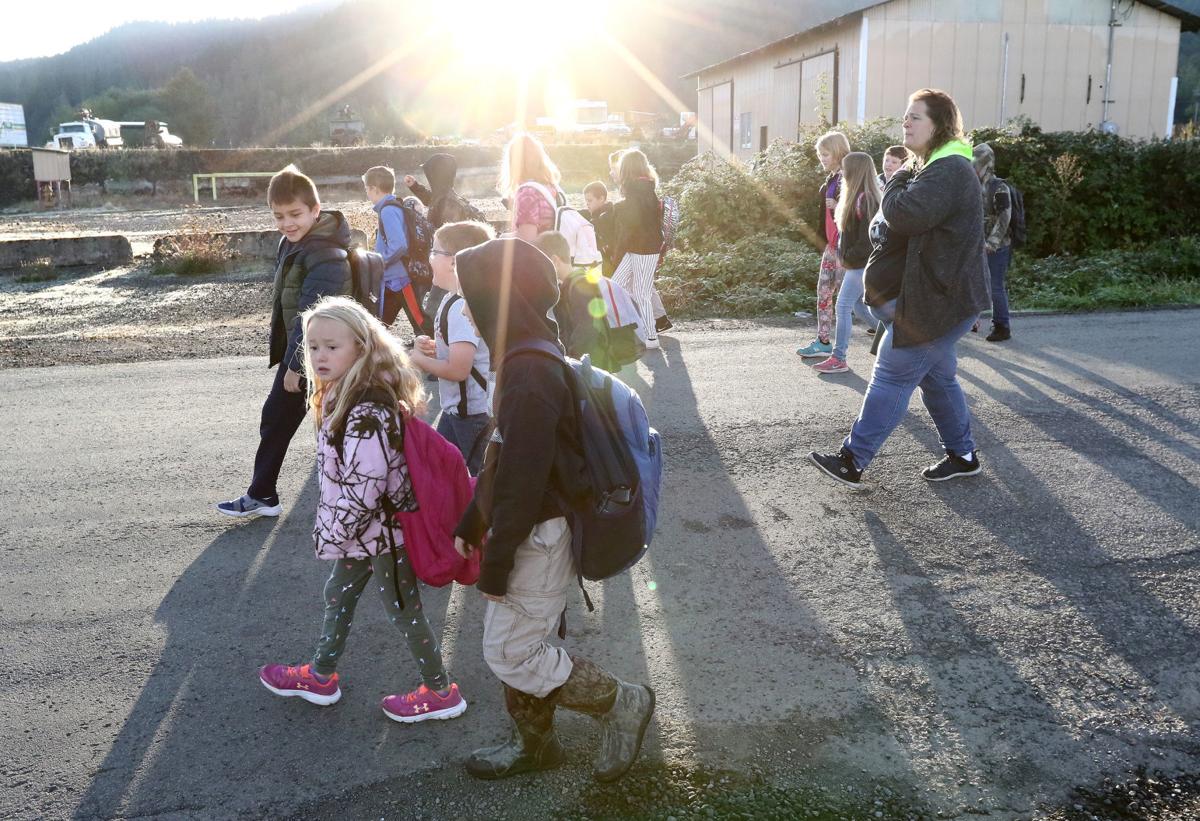 GLIDE — Glide School Resource Officer Brian O’Dell had the best seat in the house for the walk-to-school event at the elementary school Wednesday morning.

He followed the students in his police car, with the lights on, while nearly 400 students walked down Bobcat Lane from the Dollar General to Glide Elementary School.

Last year, there were two walk-to-school days at the elementary school. The high school and middle school started participating, also.

As the crowd grew, students eagerly waited on Bobcat Lane for the signal to start walking.

“It feels pretty fun,” fifth grader Jerimiah Kleinschmidt said. “It gives me more time to hang out with friends. Get the day started before the day gets started.”

School buses transport children from as far away as Diamond Lake to the school, with some spending nearly four hours on the bus each day.

Mathew Reich, a fifth grader, said on walk to school days he walks about one mile from his house to the meeting point. He occasionally walks to school on other days, but most days he takes the bus.

Patty Farley walks her children to school every day, and in the summer they’ll ride bikes.

Farley said walking to school is a great way to burn off energy while also getting some exercise. But because there is no sidewalk on Bobcat Lane, it’s not very safe for children to walk by themselves.

Narkiewicz said the school district has started its application for Safe Routes to School grants from the Oregon Department of Transportation to help with the cost of getting a sidewalk on Bobcat Lane, as well as a flashing light for the crosswalk across the North Umpqua Highway.

Students at Glide Elementary School are used to getting their day started with a walk.

Additionally, it also seemed to help with some restlessness in the classrooms.

“It gets students to wear off some of the energy and be better behaved,” Narkiewicz said.

Sanne Godfrey can be reached at sgodfrey@nrtoday.com.