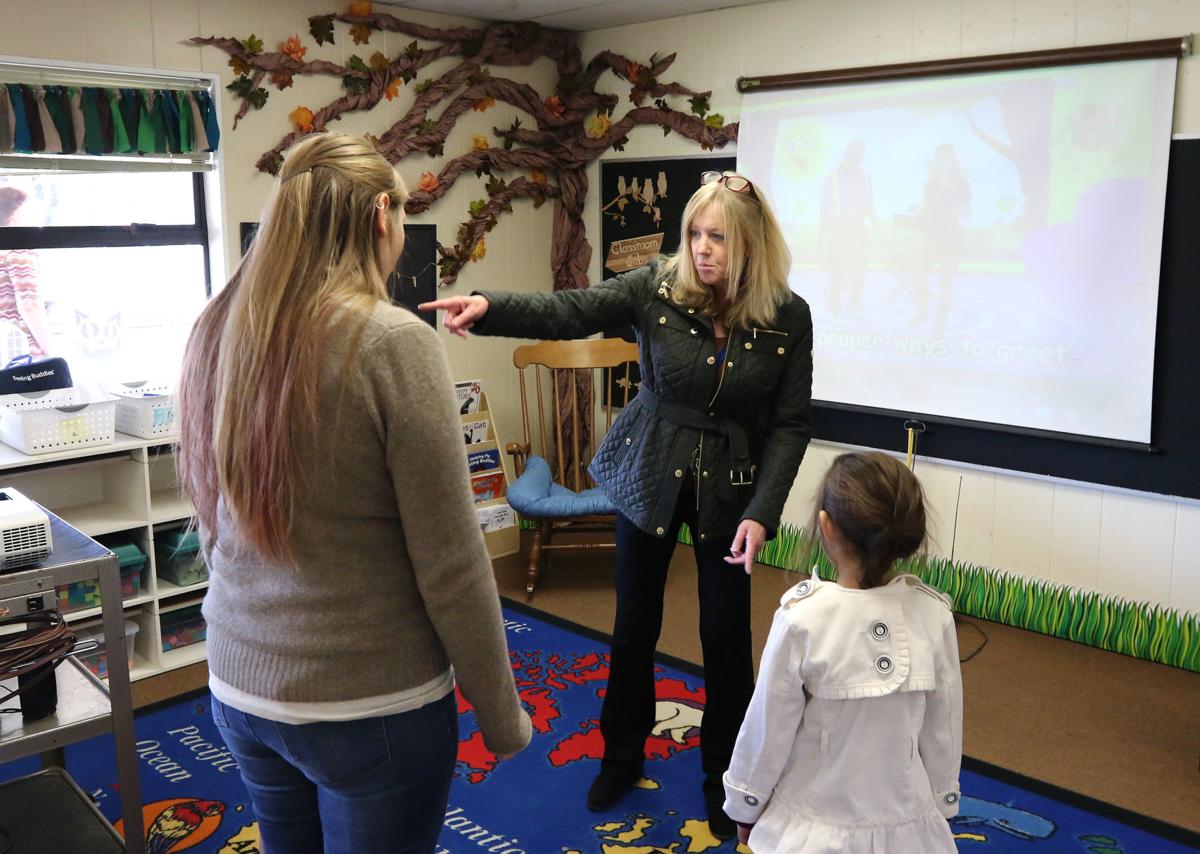 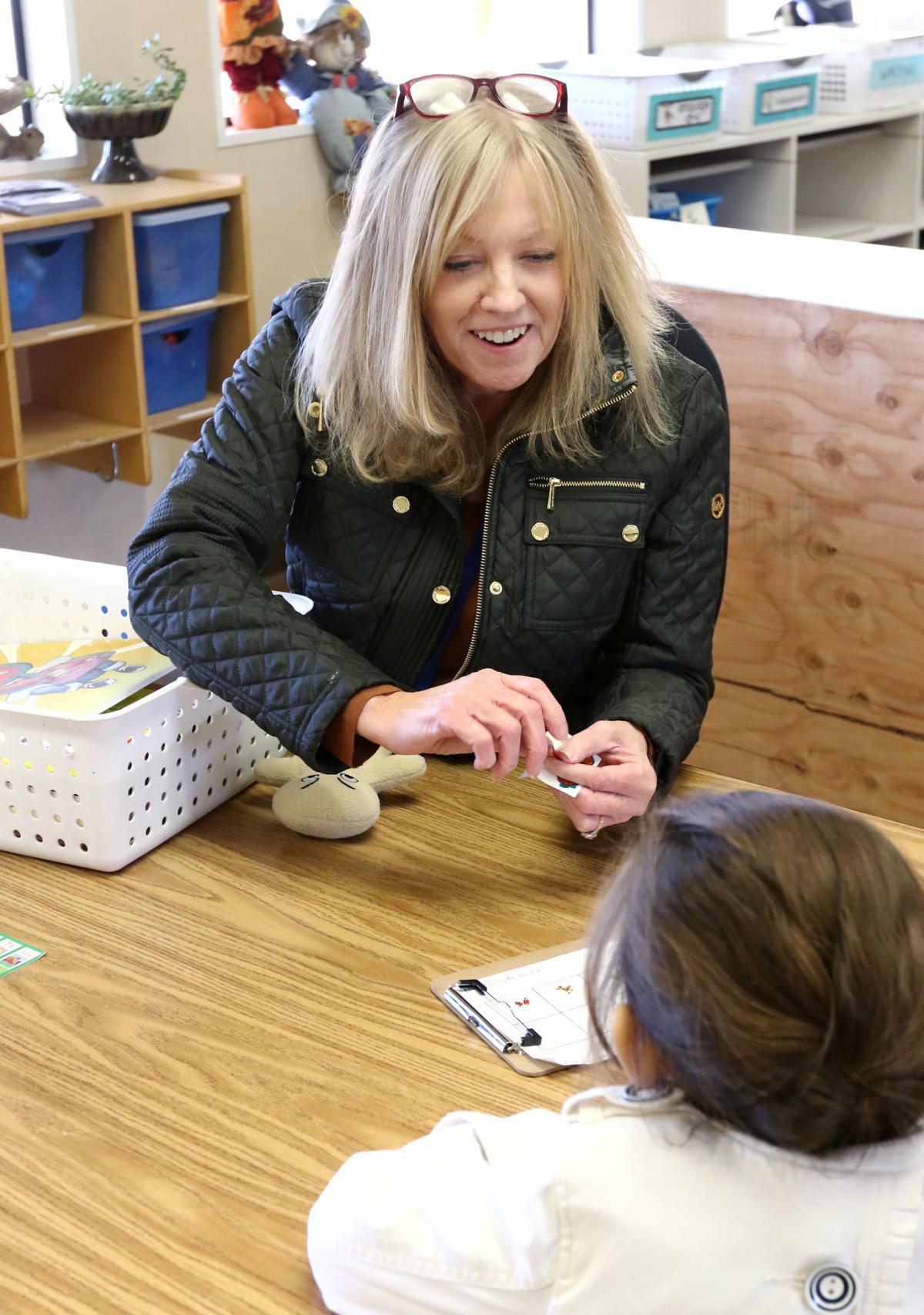 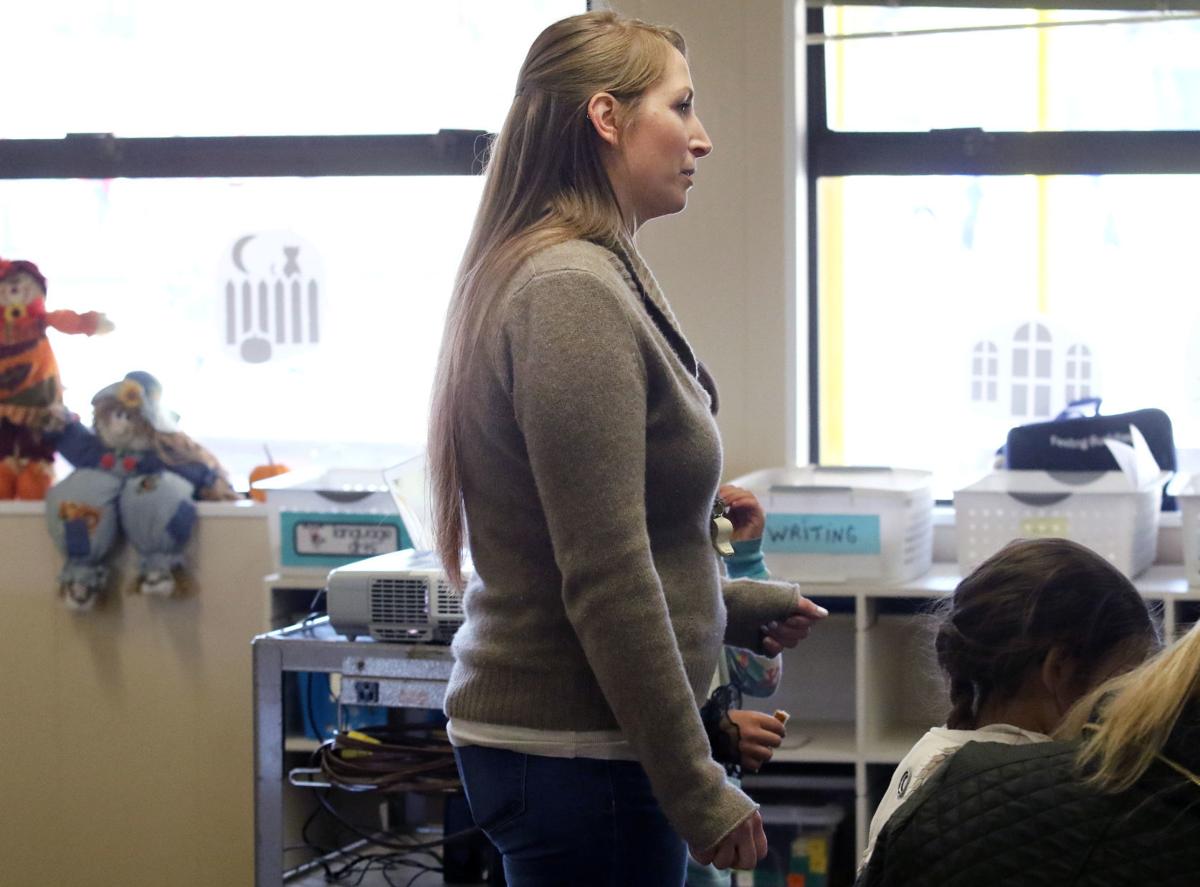 WINCHESTER — As a teacher, Ann Carey noticed that early elementary school students often struggled to transition into school life, and when she was studying for a degree in social work a couple of years ago, she decided to find a way to change that.

In the spring of 2018, she started a pilot model of a transition classroom at Winchester Elementary School where struggling students would learn skills that could benefit them in the classroom, but would also benefit teachers, all students and the community.

“The Skill Building Center supports teachers, all students and parents,” Carey said. “It lowers the stress level in the classroom for the teachers and the students. The transition students, obviously, receive intense support and the parents receive emotional support, connection to resources and conscious discipline parent night.”

“We were in crisis mode,” Carey said, adding that, at the time, child development specialists at the school were responding to a lot of calls, but were not engaged in a proactive approach.

Now, Carey and the skills trainers observe the kindergarten and first grade classrooms in the first weeks of the school year to determine which students need the most help.

Those students then come into the Skill Building Center to focus on intensive skill building for children struggling with self management, self regulation, aggression, running away and disruption.

“Disruption does impact students and teachers, including the student who is struggling,” Carey said. “Some of the stories behind the behavior have to do with our family’s being impacted by trauma, poverty, mental health needs, and — research shows — the impact of technology. Increasing numbers (of students) are not able to function in the regular classroom.”

According to the data Carey has collected, there has been an improvement in the number of referrals written to disruptive students at Winchester.

Last year the program served 15 students, but Carey kept data on 12 of them as two were only in the program for a few weeks and one stopped attending school while in the program. Of the 12, eight transitioned into the classroom successfully and three students are continuing to receive intensive support services from the school. There was one student who went through the program and then moved to another school.

Of the eight students who successfully transitioned into the classroom, six no longer require any support while two receive some support.

Students’ schedules in the Skill Building Center vary depending on the student and the family needs, but always include academic skills. Students also remain a part of their classroom and take part in lessons that do not have triggers for them to ease the transition into school.

“We changed the name to Skill Building Center because that better reflects what our program is about, which is building competence and confidence in our young students,” Carey said. “Our plan is early intervention, self regulation and self management, and as they gain skills we transition them into the regular education classroom with support.”

“Students may be struggling in the regular classroom and our goal in the classroom and in here is to provide unconditional positive regard,” Carey said. “No matter what they do, we’re here to support them and we care about them and we want them to know that. We do that by creating structures and creating the small group format, so that we can then begin to teach them the skills when they feel emotionally safe.”

Students often participate in their lessons in 10 to 20 minute increments to keep them engaged.

At the end of each learning block, students are rewarded with a Science, Technology, Engineering, Arts and Mathematics activity.

“In order to participate in STEAM they will need to have completed required work and if they’ve struggled with behavior they need to have processed it, problem solved or made amends,” Carey said. “They make commitments in the morning about their behavior and before they go we review the commitments, make amends and those that are ready to STEAM and it motivates them.”

Carey is able to continue doing the work because she received a grant from The Ford Family Foundation, which will sunset at the end of the school year. The program was extended from kindergarten and first grade to also include preschool and second grade.

“It’s all about developing relationships and resiliency in the children,” Carey said. “One positive adult role model can change the trajectory of child’s life.”

This year Winchester Elementary School will host a conscious discipline family information night with parent-child activities. Conscious discipline is a social-emotional learning and classroom management program designed for all students.

While students learn about their own emotions, they are also encouraged to think about the emotions of others.

Carey has worked with the interdisciplinary team at the school more successful, but was grateful for the support she received from not just the people at the school but the Roseburg community as a whole.

“I am really grateful to The Ford Family Foundation for the opportunity. I’m grateful to the school board for approving that, grateful to Rick Burton for working with me and mentoring me as we developed this program. And grateful to our new principal Rick Snyder because he has come alongside and supported it and really worked on the community engagement model and improving positive school culture here at Winchester,” Carey said. “It can be challenging at times, but I think it’s worth the effort.”