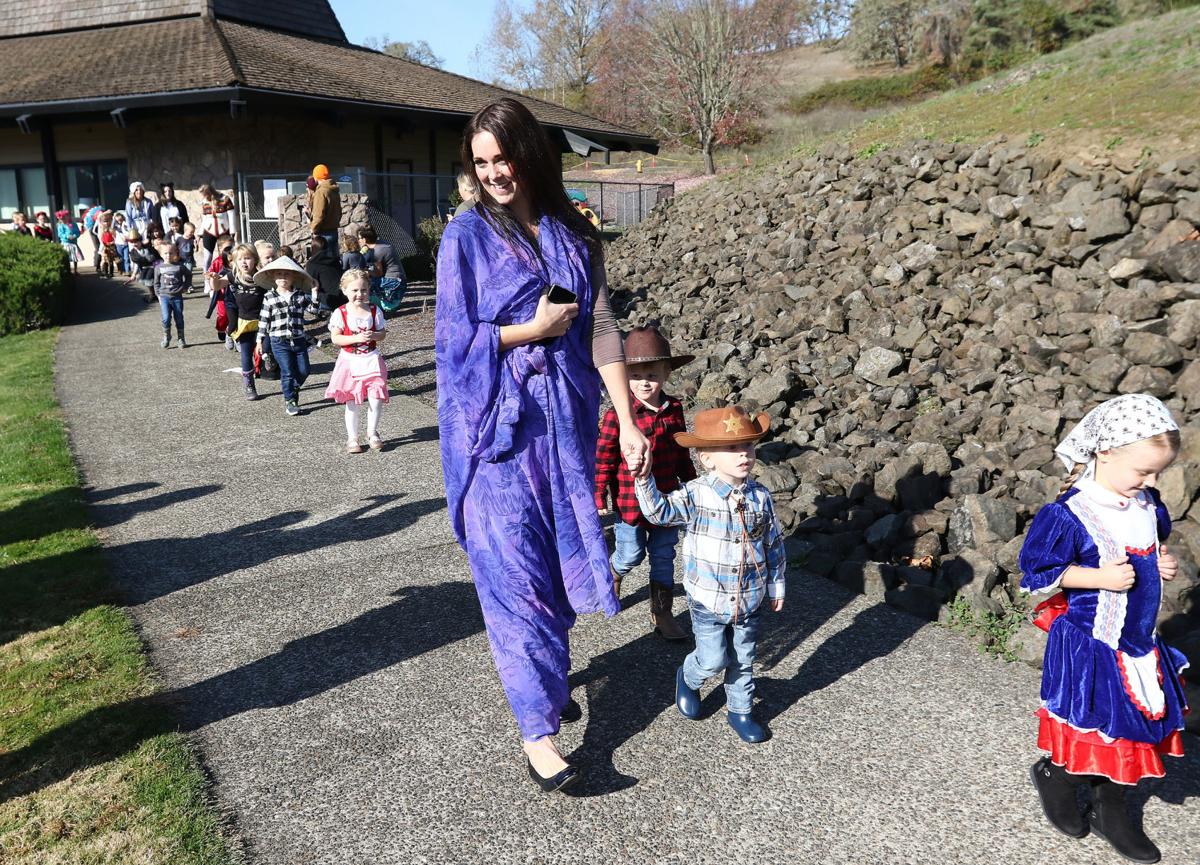 Maple Corner Montessori teacher Alesha Stevenson and 3-year-old Calvin Mills of Roseburg participate in a parade featuring students dressed as citizens of the world Thursday at the Winchester school. 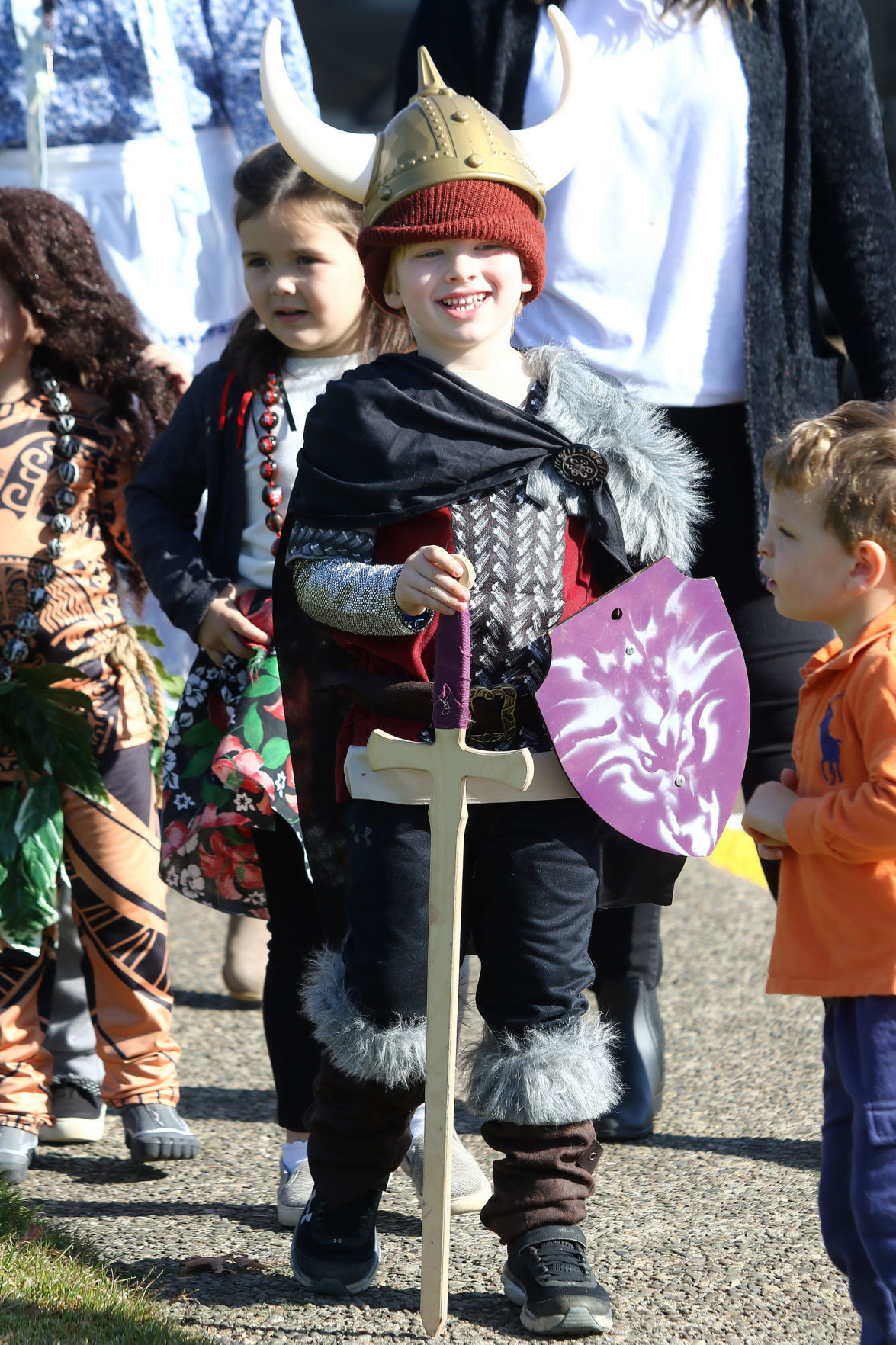 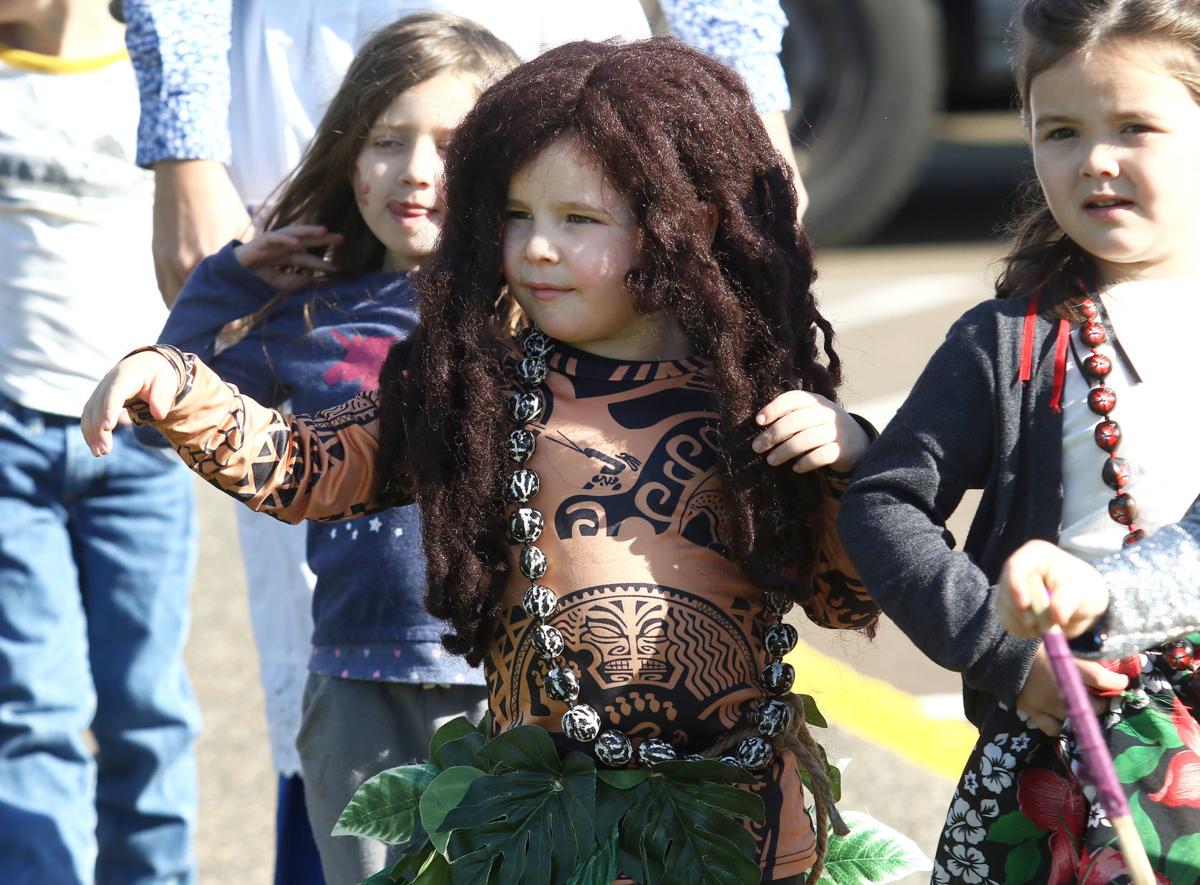 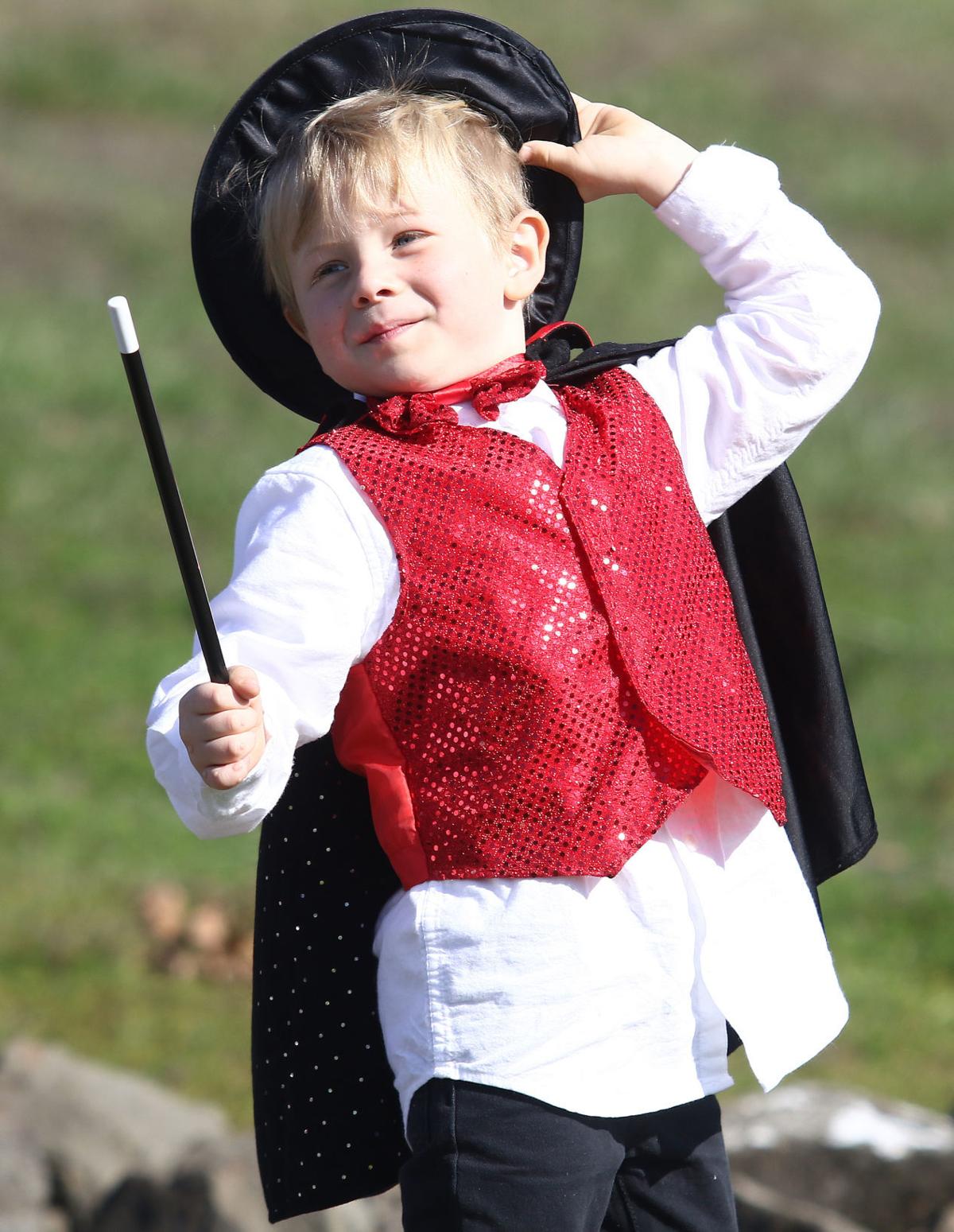 Maple Corner Montessori teacher Alesha Stevenson and 3-year-old Calvin Mills of Roseburg participate in a parade featuring students dressed as citizens of the world Thursday at the Winchester school.

“This is the kindergarten-first grade class and we’ve been reading ‘Little House in the Big Woods’ and studying North America in class,” Head of School Leanne Jorgensen said. “This is why we do this instead of Halloween, so they can still dress up and have treats and have a fun day, but it can fit in with what we’re studying.”

All four of the classrooms represented a different continent: North America, South America, Asia and Australia. Students in each class have been learning about a specific continent but got a chance to visit the other continents on Thursday morning. The school educates children from infant to fourth grade.

The 6-year-old was reading information about Bolivia and said he enjoyed panning for gold in the class dedicated to North America.

Activities in each classroom represented things specific to a particular continent. North America was decorated like the wild west with activity options of gold panning, making butter, square dancing and creating Indian corn with beads.

In Asia, students tried sushi, made lanterns, and tried to recreate the Great Wall of China from marshmallows.

Although recreating the wall was a little complicated. Nick Steele, 3, said he was having fun building a race car with the marshmallows.

When asked what he learned about Asia, 5-year-old Koden Hanna said he liked dragons and stuff and that he learned China was in Asia. Koden came dressed as Maui from the Disney movie “Moana.”

A didgeridoo player set up in the Australia-themed classroom, as students decorated boomerangs, colored kangaroos, did kangaroo races and snacked on Tim Tams, a traditional Australian chocolate snack.

Each continent came with its own snacks and in South America, students got to try sweet and salty plantains, as well as guava.

All classrooms were also decorated with items from the continents they represented.

Students received passports that were stamped by parent volunteers as they entered each new continent.

Matilda Williams, 3, was very proud of the stamps she collected and eagerly showed off the Australia stamp as she got ready to enter Asia.