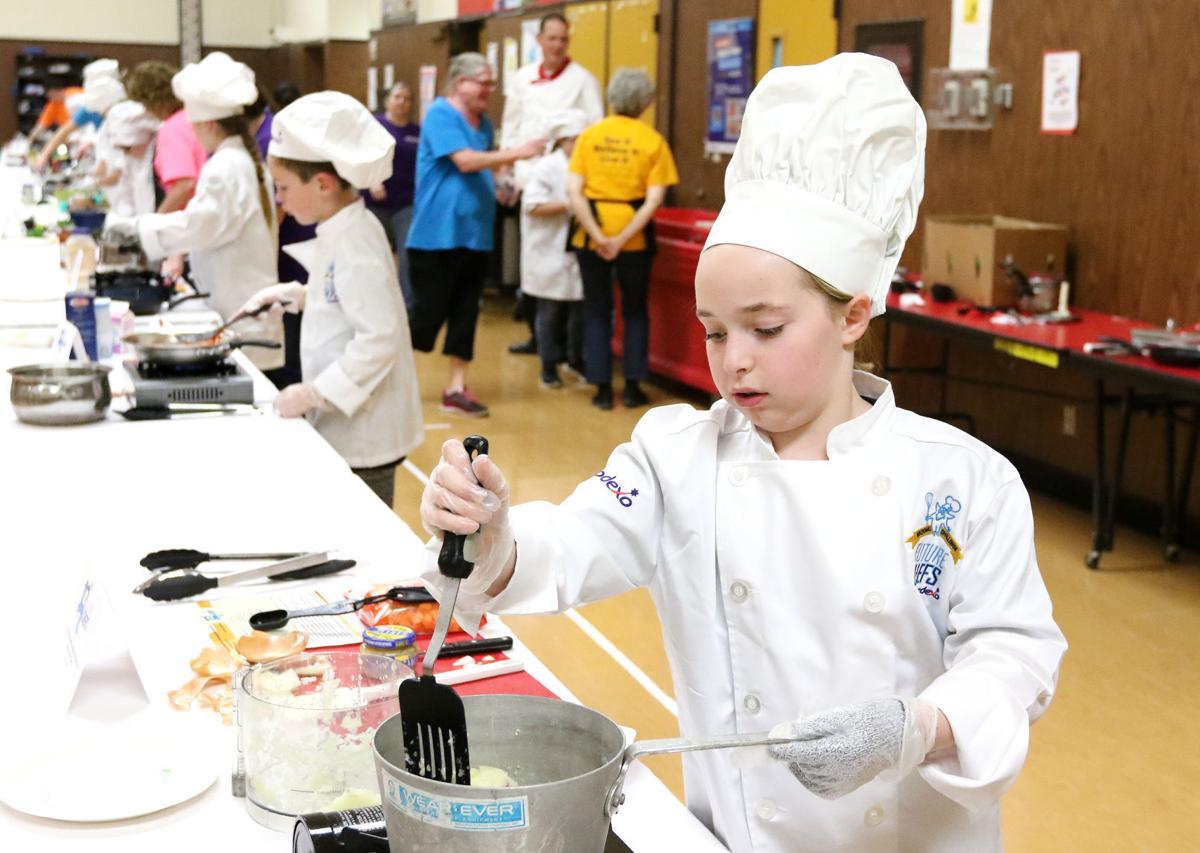 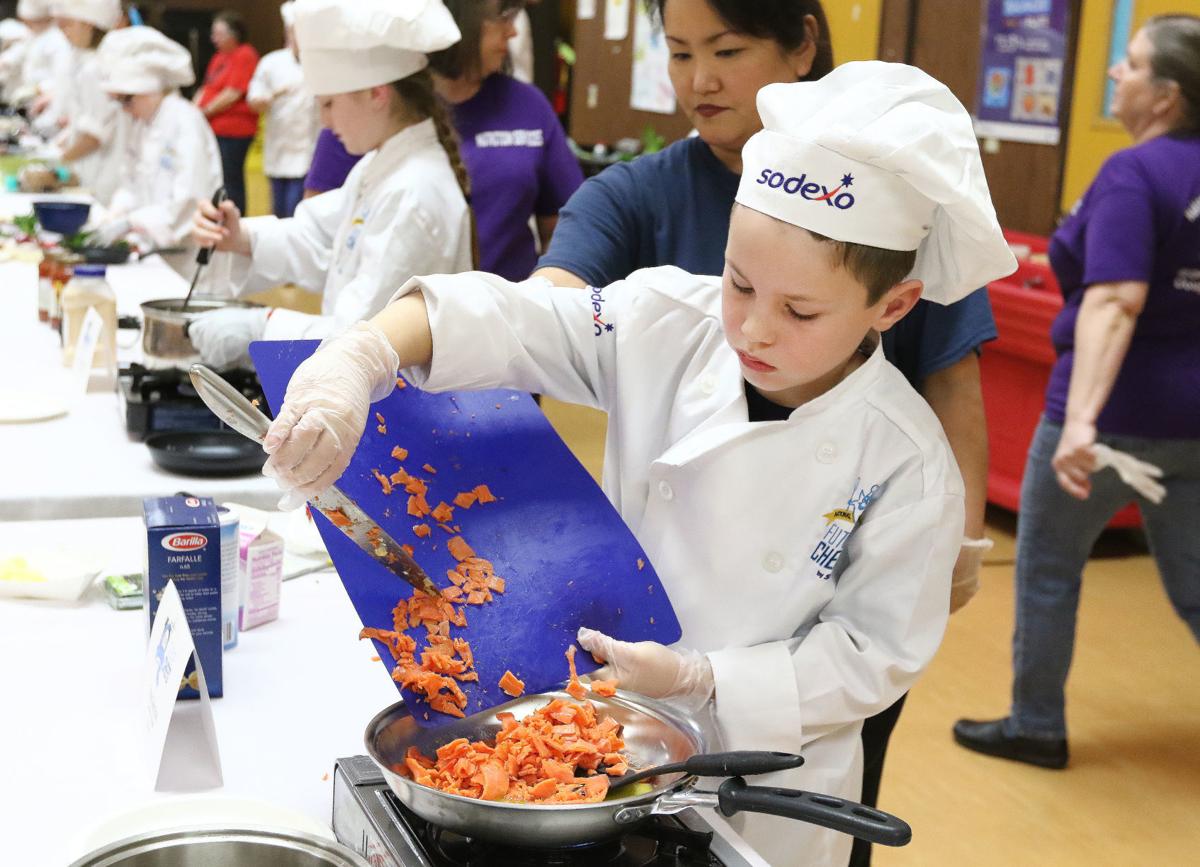 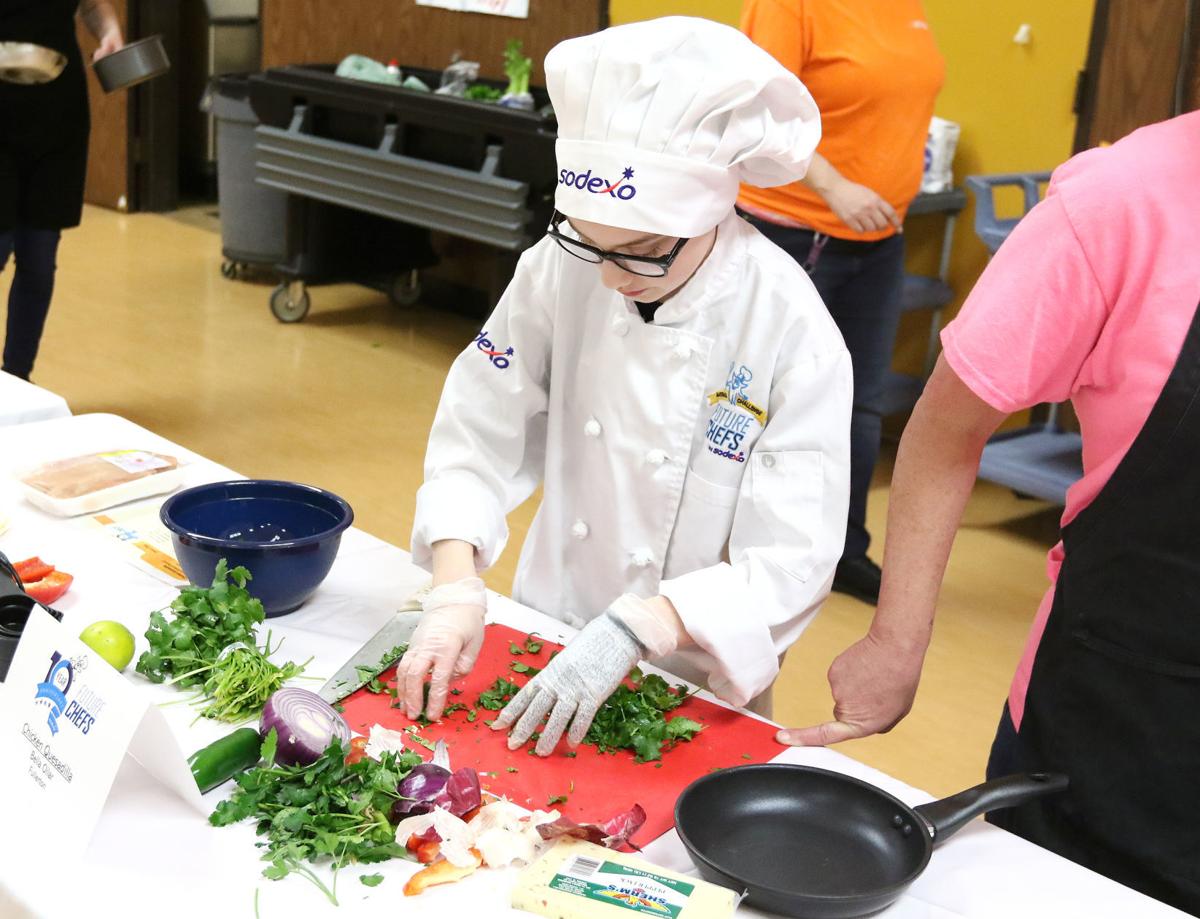 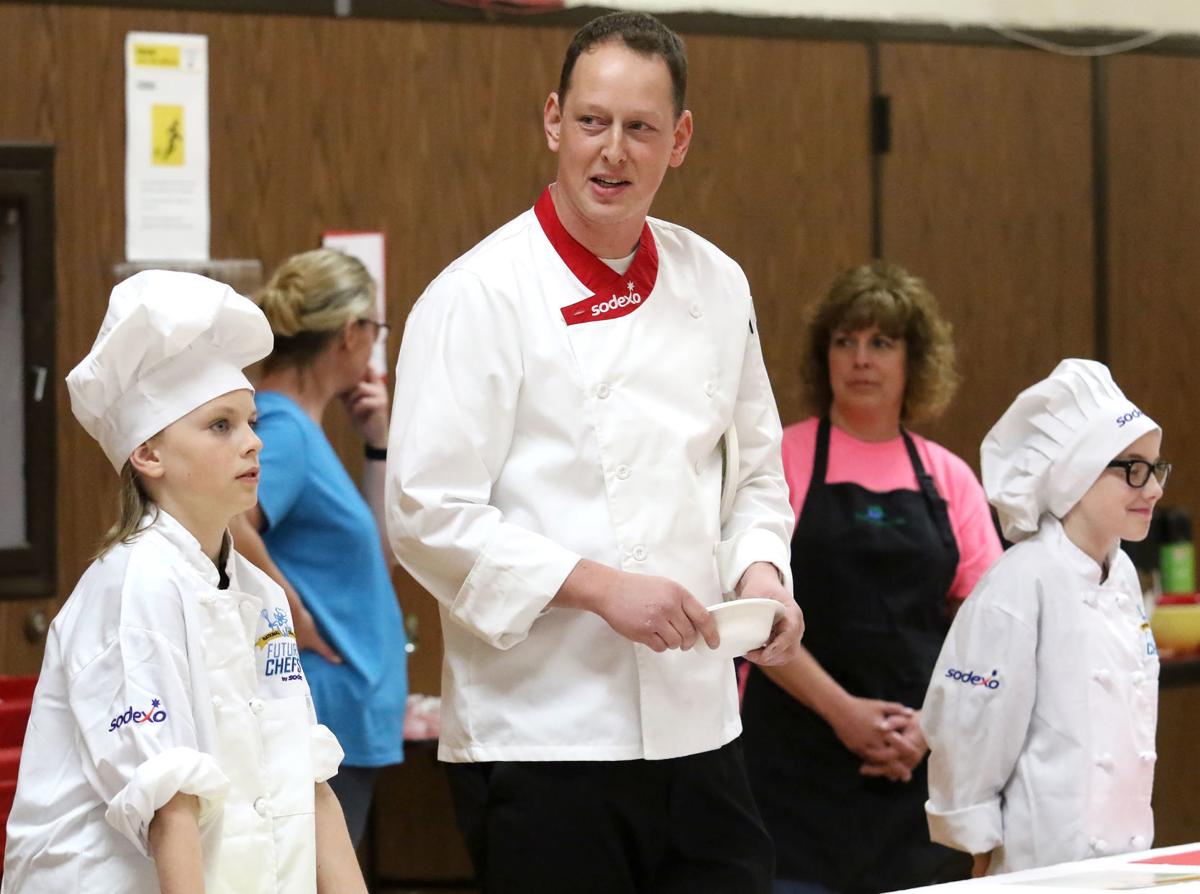 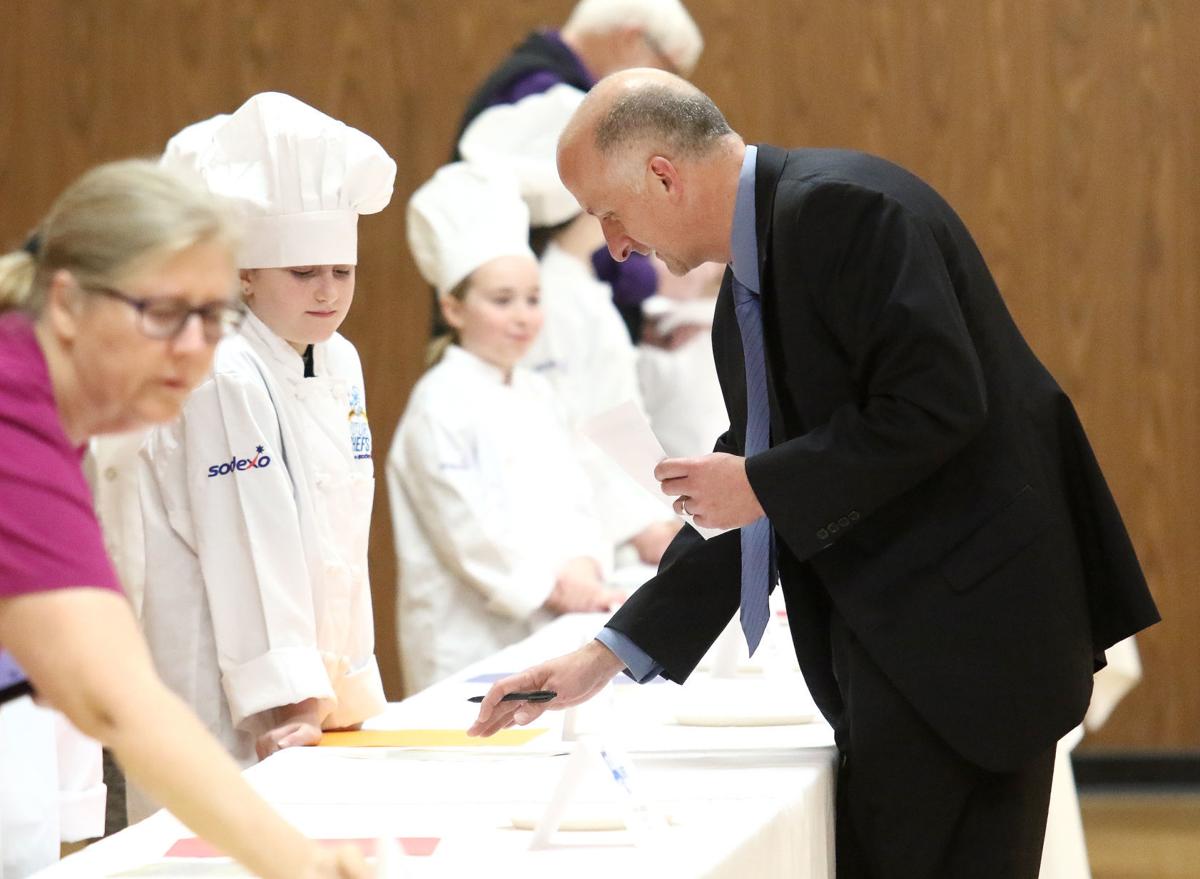 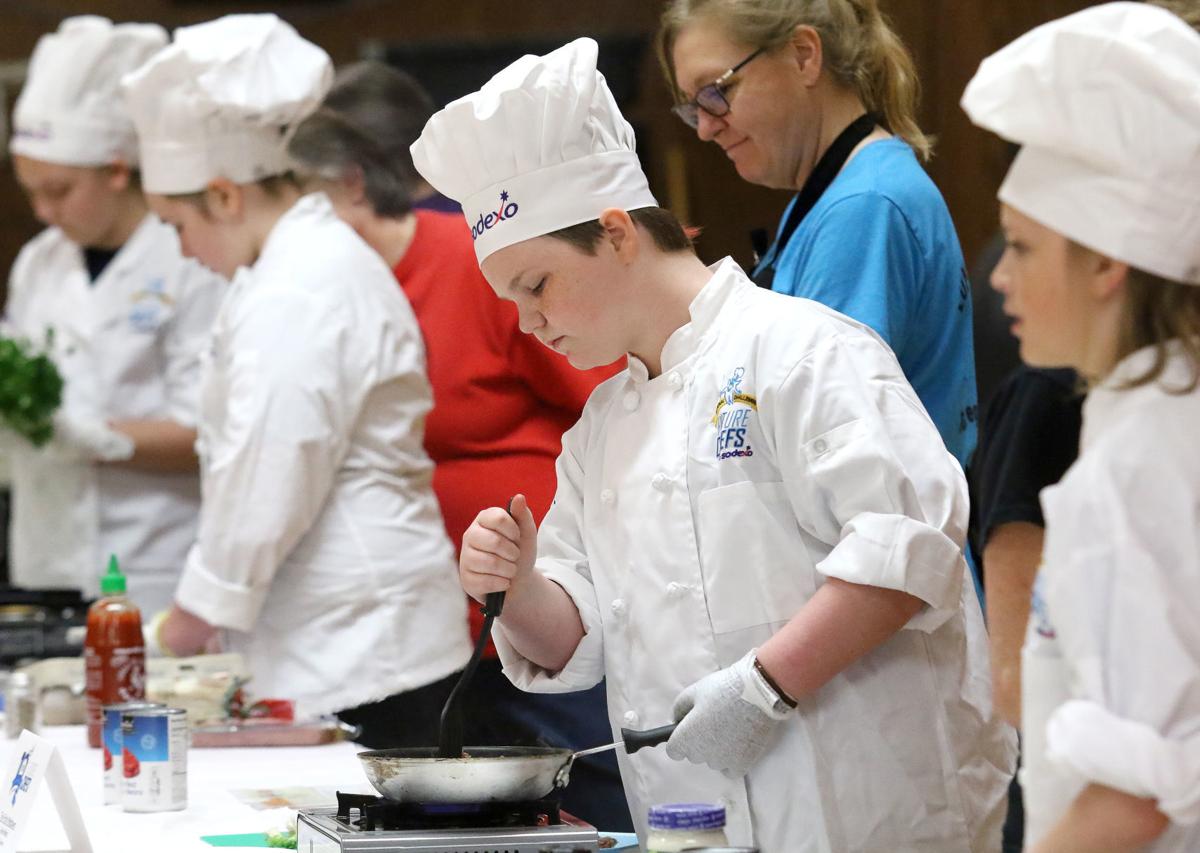 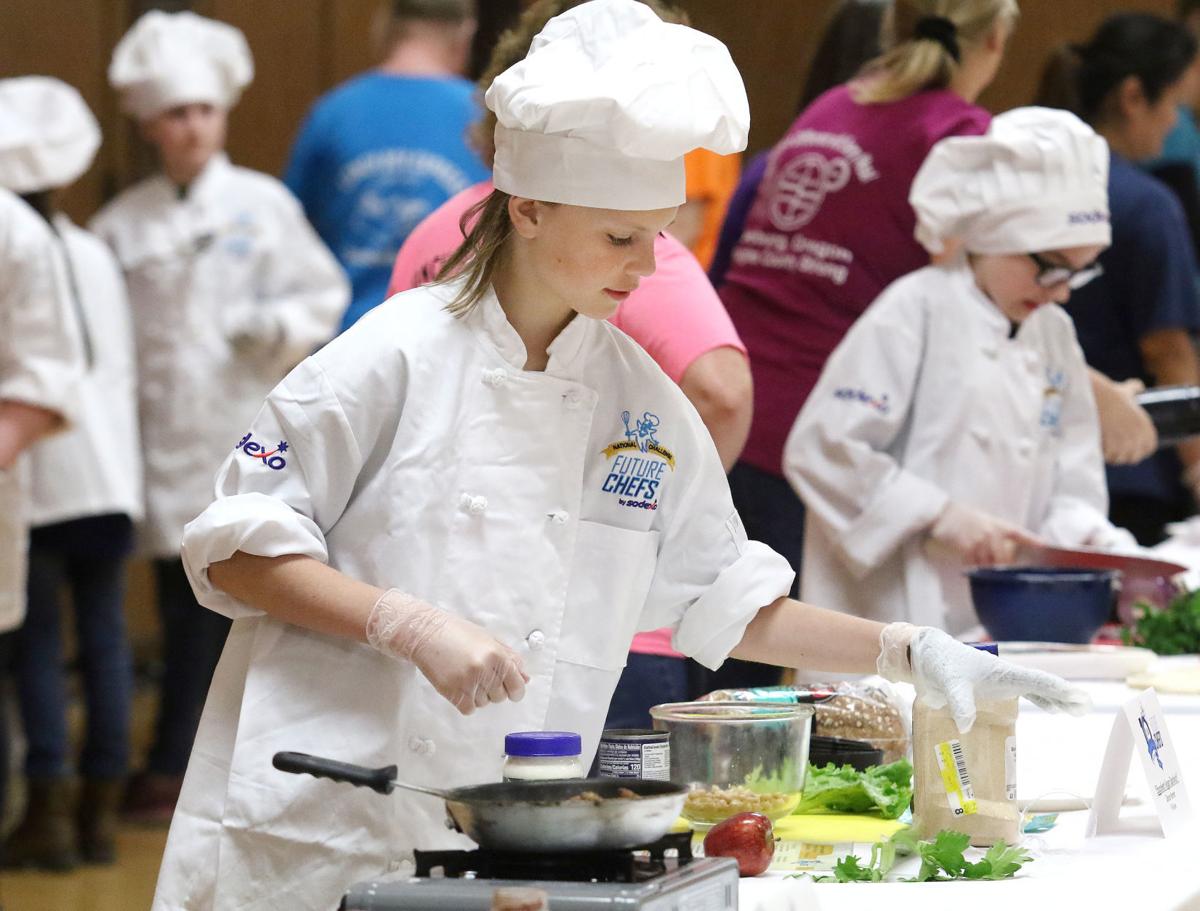 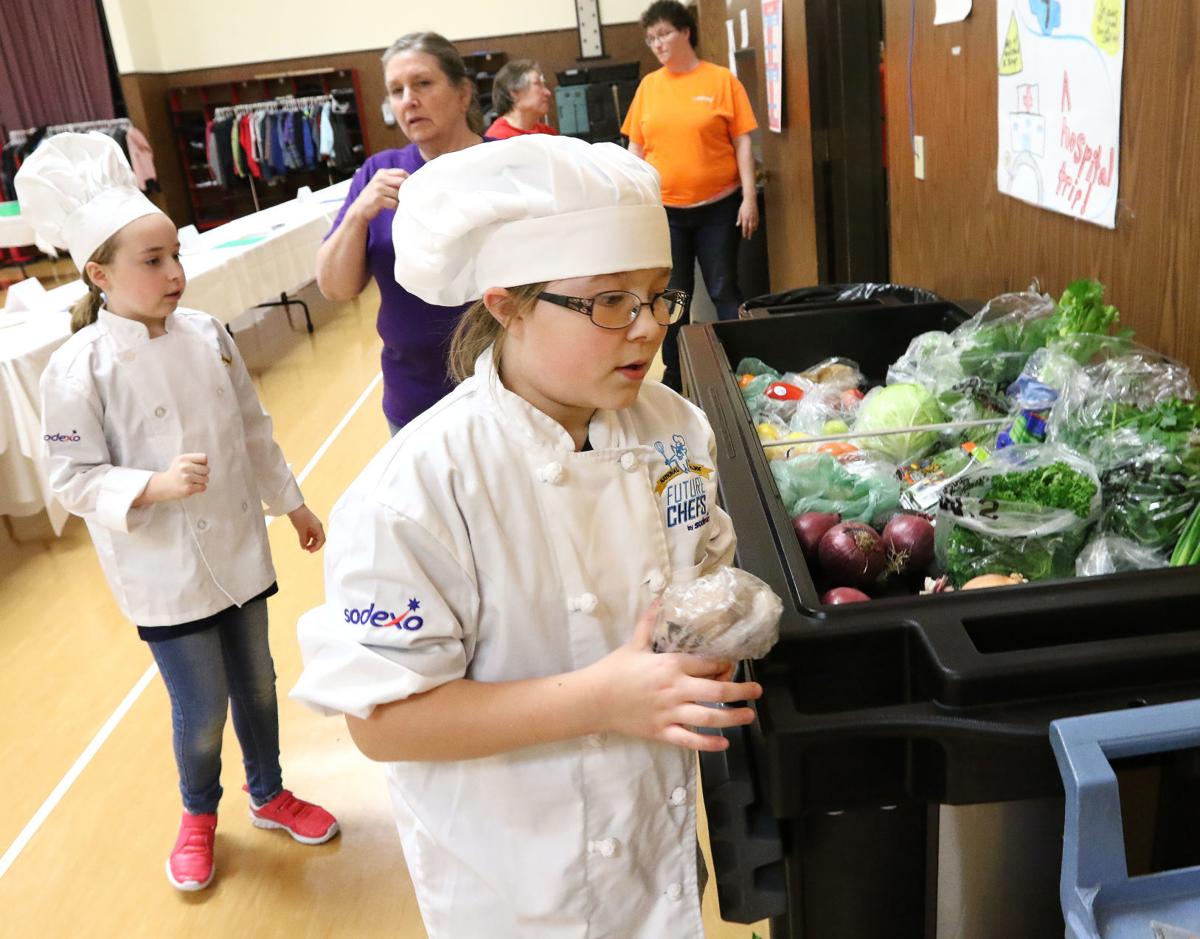 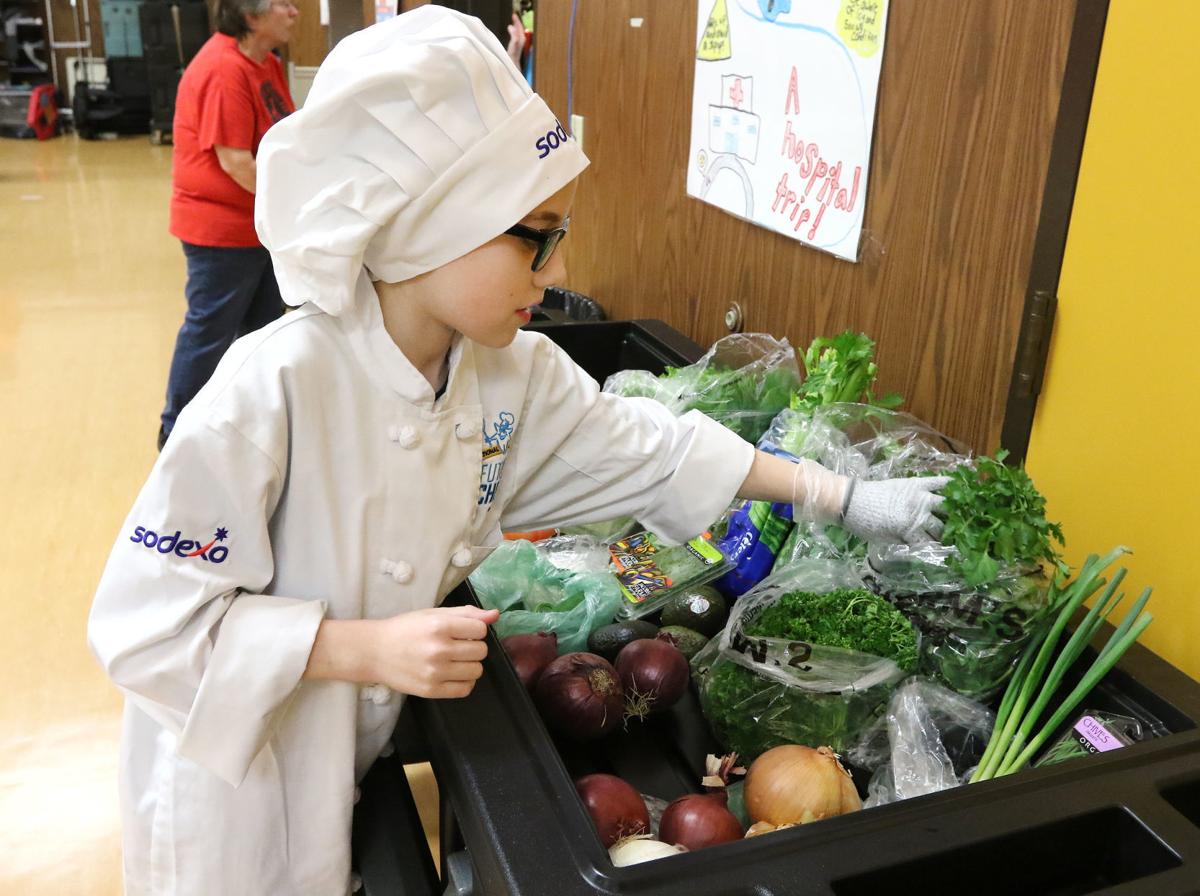 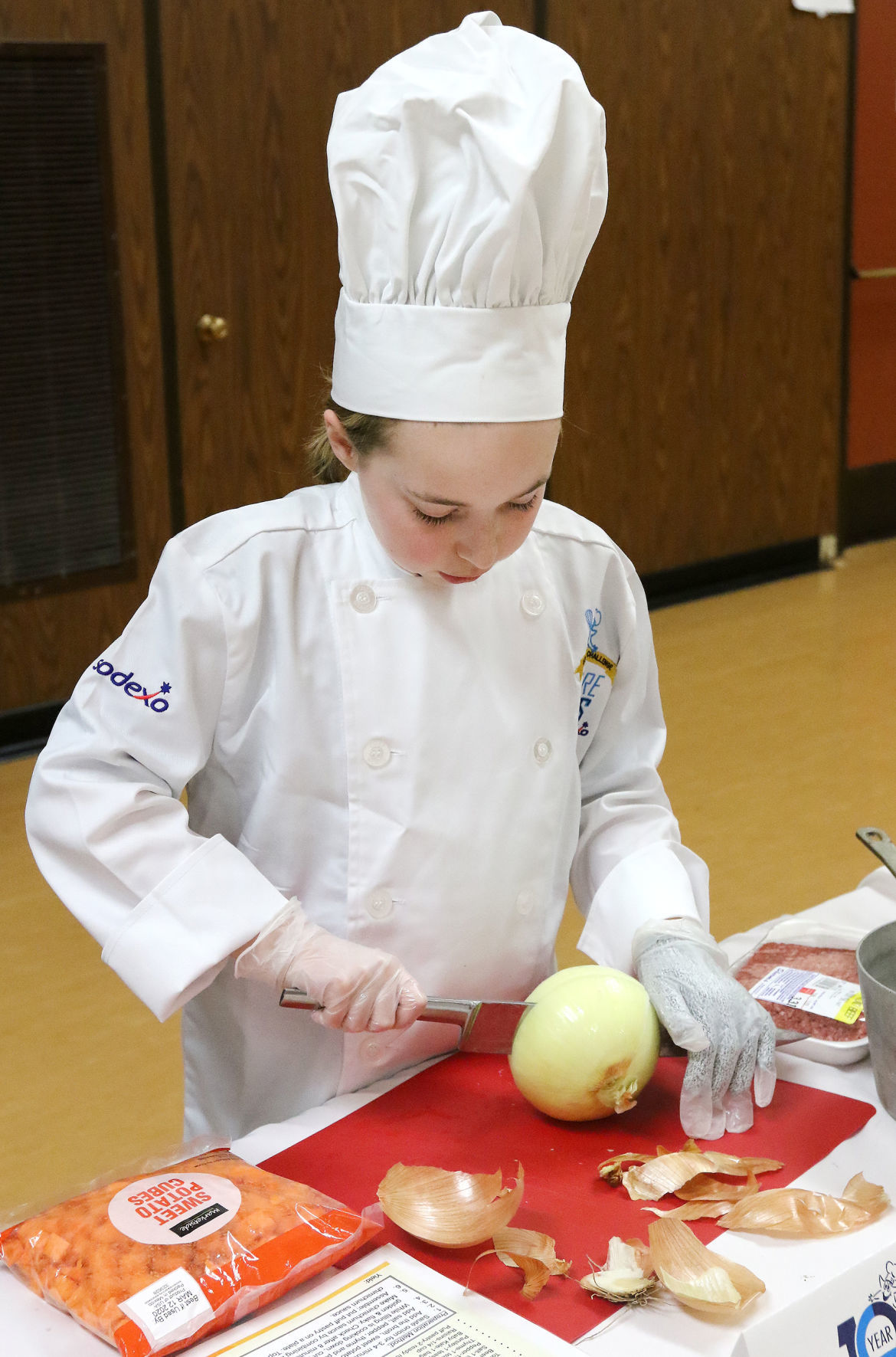 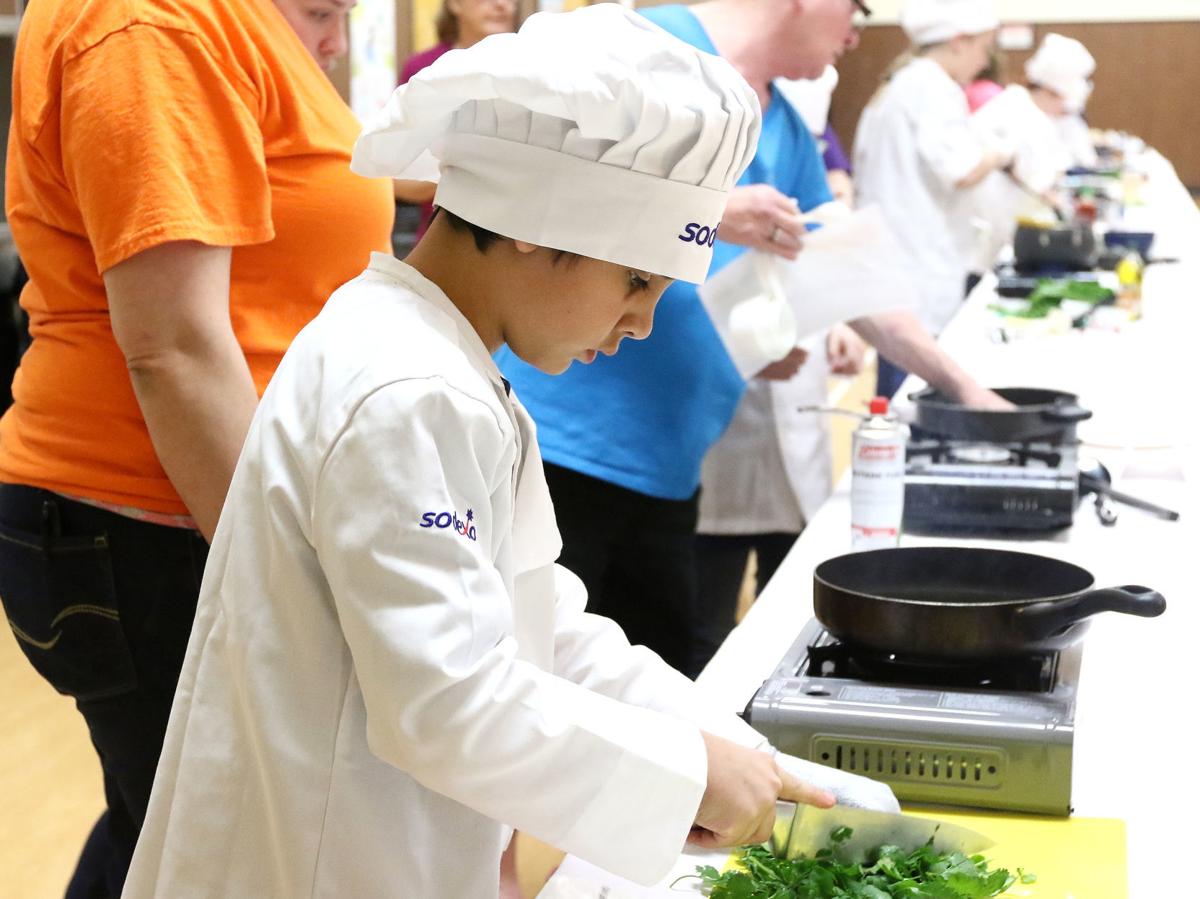 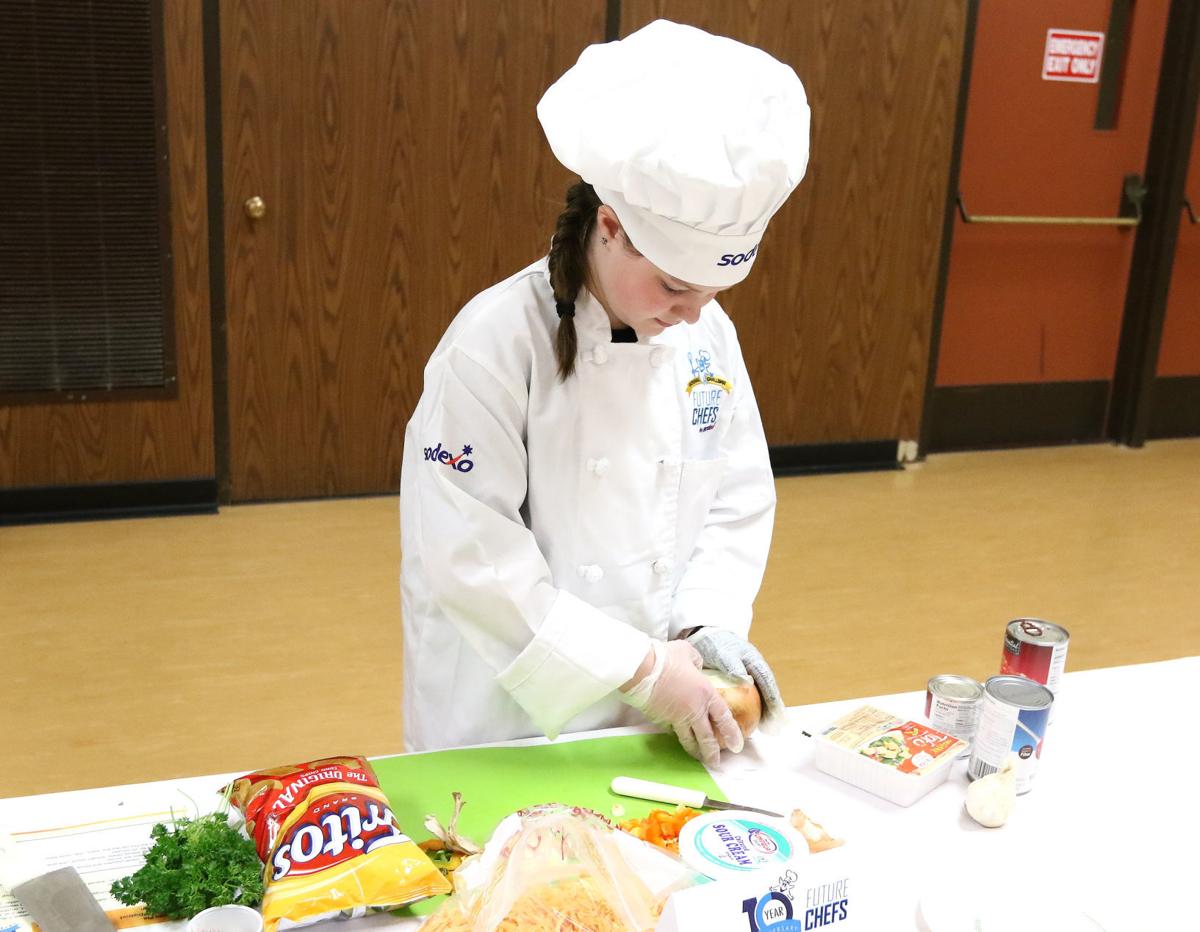 Parents, grandparents and siblings filled the multipurpose room at Jo Lane Middle School on Thursday evening as 12 fifth graders from the Roseburg school district set out to compete in the Future Chefs challenge.

It was the sixth time Roseburg Public Schools held the event, which was created to get children to learn about cooking and healthy eating.

Hannah Mathweg of Melrose won the competition with her no mystery meat beef empanada deconstructed.

“They’re like 3/4 just vegetables and there’s a whole bunch of kale, sweet potatoes, cilantro, parsley, a bit of salt and petter, and it’s really healthy and it’s also really good,” Hannah said. “I egg washed the pastry so it’s all golden. Then I made this sauce on my own, chimichurri sauce.”

She walked away with a mixing bowl set, an apron, a cookware set, cutting mats, a Fitbit and a cookbook.

The young chefs were judged on their food’s taste, originality, ease of preparation, kid appeal, healthy attributes, use of featured ingredients and presentation.

Sodexo regional manager Kyle Micken said, “It takes a lot of courage to stand up here.”

Denny Austin, Serge Quaint and Jared Cordon were the judges for the event. Austin is the purchasing manager for the school district, Cordon the superintendent and Quaint is a world-renowned chef.

Once the students were done preparing their dishes they presented them to the judges and answered questions about their recipe. People in the audience then got a chance to sample some of the recipes.

After trying all dinners, the judges deliberated for about 10 to 15 minutes before announcing the winners.

Hannah said her mom taught her how to cook and she practiced the recipe about six times before coming to the competition.

“It’s a really nice meal to make and it’s really good,” she said. “Like, really good. I’m very picky myself and I hate vegetables, but this is like my favorite thing. It’s like eating a salad with pastry on top.”

Each child, dressed in a chef’s coat and white hat, worked one-on-one with a nutrition services employee to assist with cooking, cutting and gathering supplies.

One of the things that made it a little more difficult for the children was trying to create their dishes on one burner.

Micken said it was a way for the children to learn how to adapt and overcome obstacles, something that often happens in a kitchen. “You all did wonderful,” Micken told the fifth graders.

In the spring, five finalists will be chosen and asked to create a video of themselves preparing their dish.

Through online voting, the public will get to choose the winner of the 10th annual national competition. The winning meal will end up on school lunch menus for the next school year.