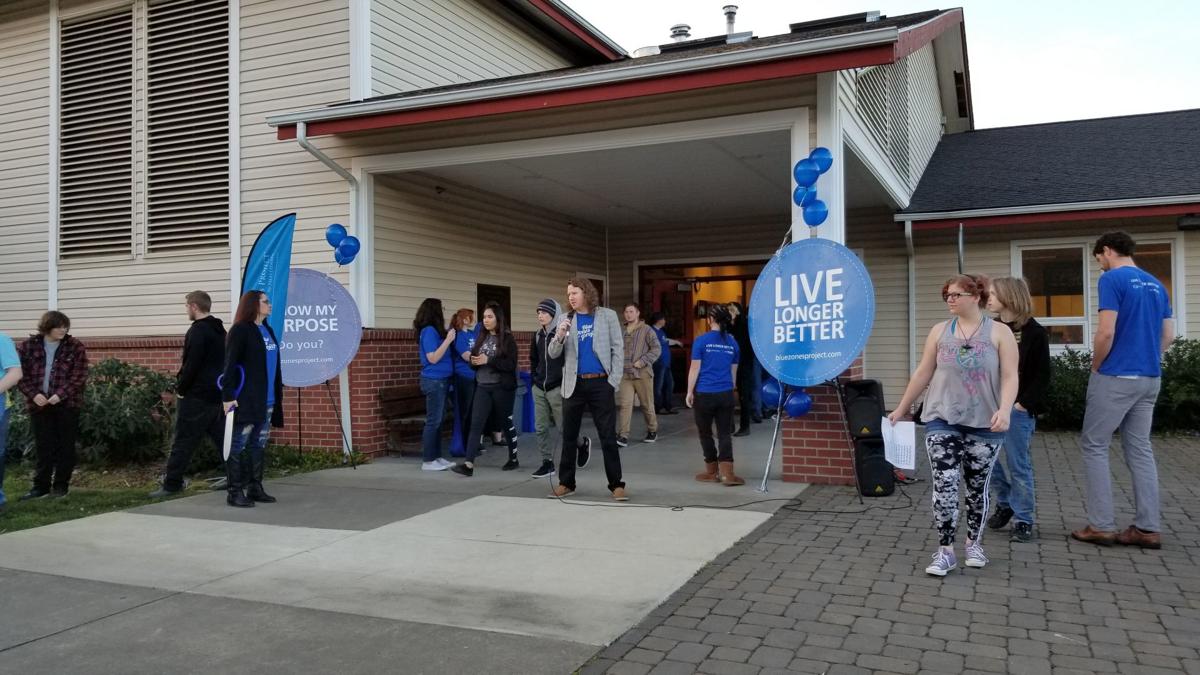 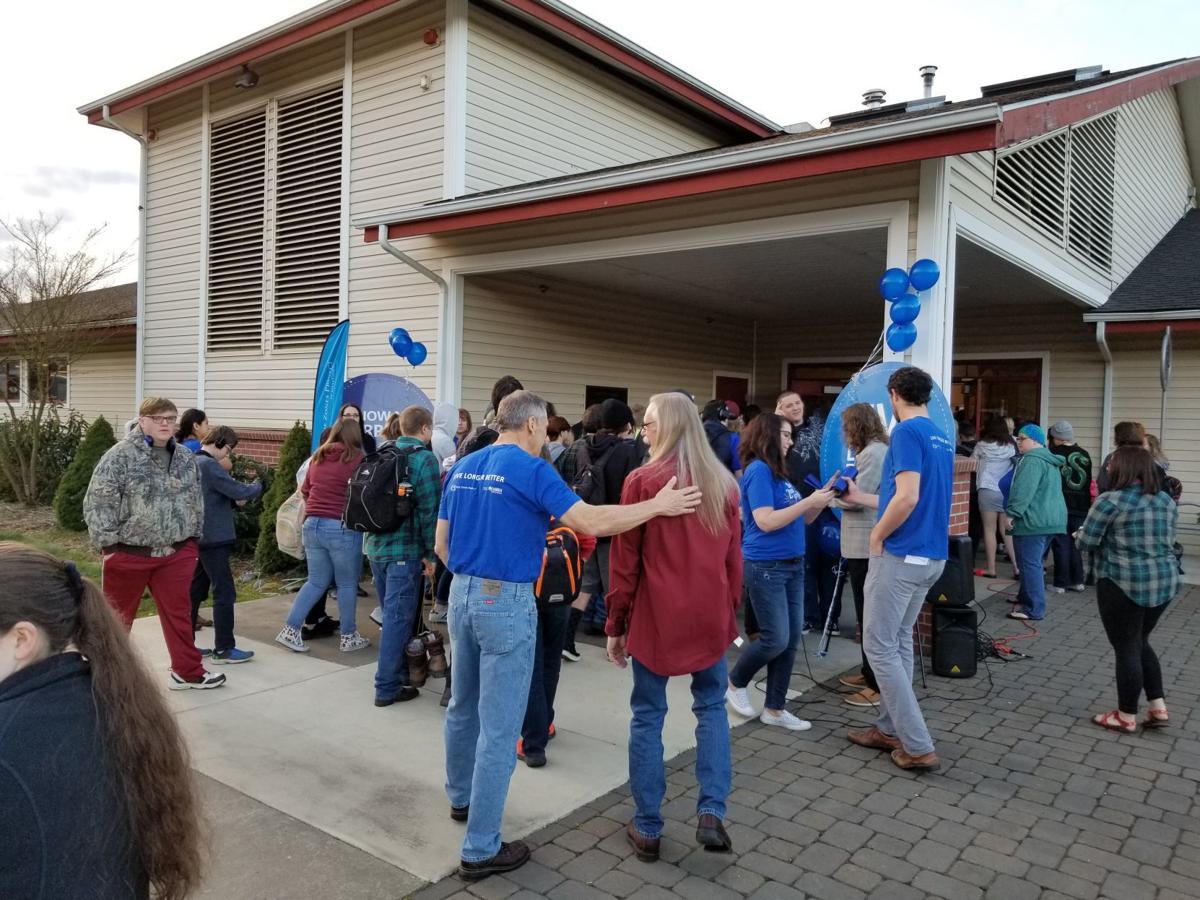 Students and faculty head to breakfast and an assembly at Phoenix on Thursday following a ribbon-cutting ceremony for the school’s Blue Zones Project Umpqua approval celebration. 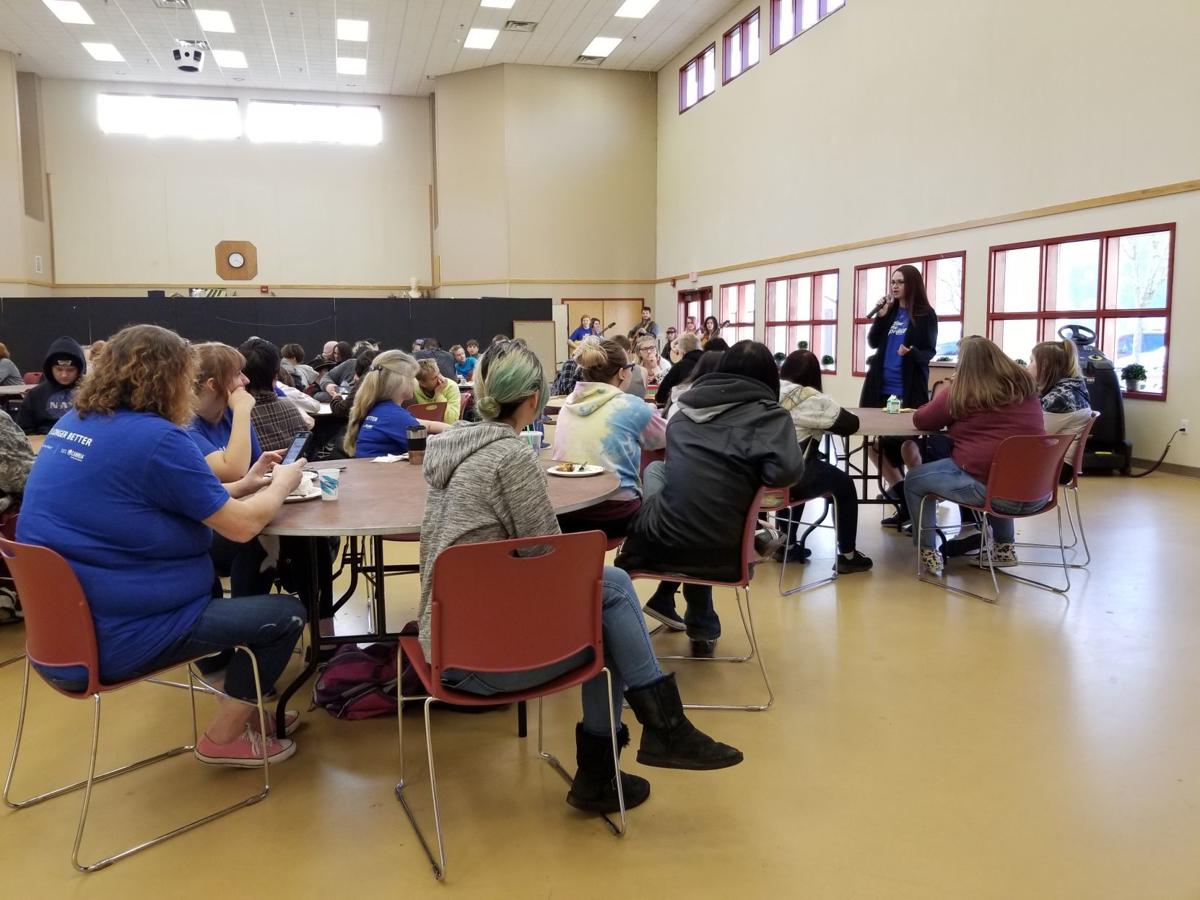 Students and faculty head to breakfast and an assembly at Phoenix on Thursday following a ribbon-cutting ceremony for the school’s Blue Zones Project Umpqua approval celebration.

Phoenix Charter School eighth-grader Ryan Lockhart knows many people struggle with their health, whether it’s battling a sweet tooth, not exercising enough or some other challenge. For that reason, he said it’s “pretty cool” to be a student at the first Blue Zones Project Approved high school in Oregon.

“Kind of proud, not gonna lie,” Ryan said. “This could actually benefit quite a bit, with people and helping motivate them to get in a healthier lifestyle.”

Working with Blue Zones Project Umpqua to integrate healthier choices into the school community was a natural fit for Phoenix, which has long understood the connection between well-being and academic achievement.

“It’s what Phoenix has been about from the very start,” said C.J. Bryant, a computer technology teacher. “People ask me what we do here; the answer is change lives.”

Phoenix Executive Director Thomas McGregor and Principal Brandy Osborn partnered with Blue Zones Project Umpqua in their efforts to augment current well-being practices. With that in mind, Phoenix has introduced project Rise Up Resilience. The project involves efforts to increase student attendance, build an inclusive culture and empower students as leaders in their community.

Other areas where the school has incorporated well-being initiatives include:

“Blue Zones Project impressively engages our students,” said McGregor, who has helped lead the Blue Zones Project Umpqua Schools Committee since Blue Zones began its work in Douglas County. “Who doesn’t want to live longer? We are also excited about bringing the ‘purpose workshops’ aspect into our curriculum to increase students’ desires to be in school and be successful.”

“Their engagement and commitment to becoming a Blue Zones Project Approved school shows their desire to make our community a better place to live, work, learn, play and pray,” he said.

Chelsea Duncan is a communications specialist with the Douglas Education Service District.