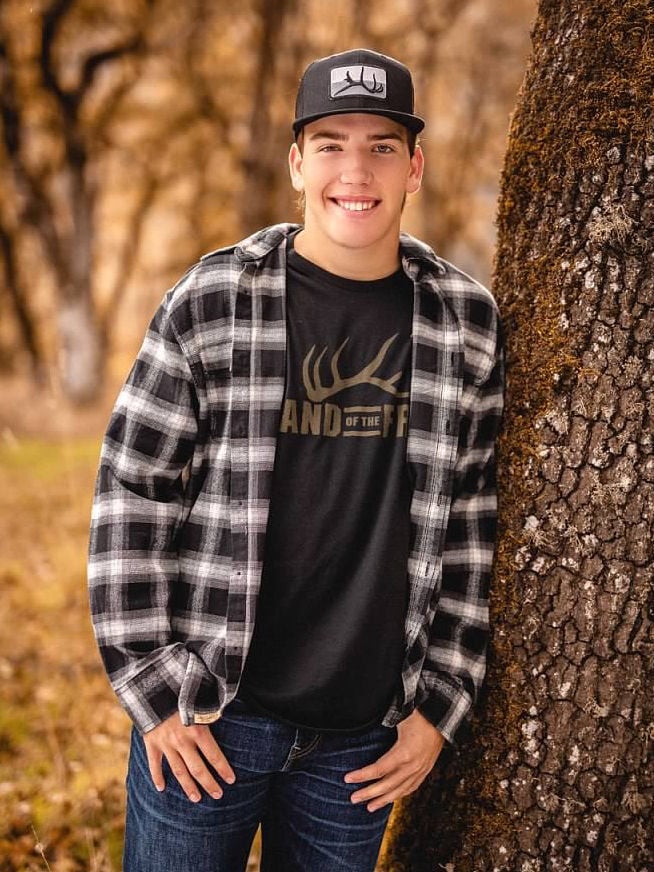 Roseburg High School graduate Blake Watson was recently awarded a $6,500 scholarship from the Mike Rowe Works Foundation. The money will go towards his education at Northwest Lineman College in Meridian, Idaho. 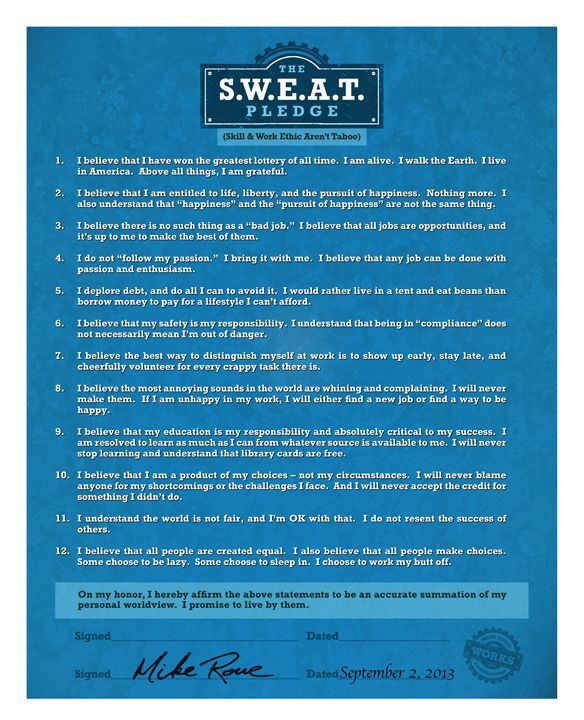 The S.W.E.A.T. Pledge all applicants for the Mike Rowe Foundation scholarship had to sign.

Roseburg High School graduate Blake Watson was recently awarded a $6,500 scholarship from the Mike Rowe Works Foundation. The money will go towards his education at Northwest Lineman College in Meridian, Idaho.

The S.W.E.A.T. Pledge all applicants for the Mike Rowe Foundation scholarship had to sign.

Mike Rowe, the host of television shows such as “Dirty Jobs” and “Somebody’s Gotta Do It,” started the scholarship program to recognize the next generation of skilled workers and people who understand the importance of personal responsibility, delayed gratification, positive attitude and work ethic.

On Oct. 19, Blake Watson will start training and studying to become a lineman at Northwest Lineman College in Meridian, Idaho. The $6,500 scholarship will help him pay for part of it.

Michelle Watson said the scholarship program described her son to a T. “It really embodies who is,” she said. “We joke that they wrote The S.W.E.A.T. Pledge just for him.”

The S.W.E.A.T. Pledge, which stands for Skills & Work Ethic Aren’t Taboo, includes 12 beliefs upon which the foundation was founded. Each scholarship applicant had to sign the pledge.

Blake Watson was one of more than 1,000 applicants.

“It really just showed that all the stuff I did before paid off for something,” Blake Watson said.

Blake Watson graduated in 2020 with a 3.9 GPA, but he didn’t want to move on to college. Instead, he wanted to stay active and work outside.

Throughout high school, Blake Watson played football and baseball. His coaches, even those from Fremont Middle School, were more than happy to write reference letters for him to submit with the scholarship application.

Michelle Watson said, “They wrote such great things about him. As a mom, it’s exactly what you hope people will say about your children.”

Jim Walker, a teacher and coach at the middle school, said, “He’s just very respectful, very responsible, hard-working, kind, helpful. He was raised by two great parents and has all the abilities, qualities, principles and ethics you’d want in a kid. He’s very humble, quiet, reserved but does a good job.”

Walker said Blake Watson is someone who speaks through his actions, which is something Walker asks from all of his students. Walker added that it gives him joy to write letters of recommendation for former students to help them further their lives in positive or productive manners.

RHS teacher and coach Dave Heuberger said, “Blake is a hard-working, humble young man and I have no doubt about his future successes in whatever path he chooses.”

Throughout high school, Blake Watson played sports and took a lot of physical education courses to stay active. He knew that was something he wanted to do for the rest of his life.

When he went on a ride-along with Pacific Power to see if the job of lineman would be right for him, something clicked for him. “I could picture myself doing that for the rest of my life,” he said.

During the ride-along, Blake Watson got a tour of the facilities and saw the physical demands of replacing power poles and repairing lines.

Training to become a lineman will take four to five months. After that Blake Watson will start working as a lineman.

Education reporter Sanne Godfrey can be reached by email at sgodfrey@nrtoday.com or 541-957-4203. Or follow her on Twitter @sannegodfrey.

Lexi's amazing journey: Cat lost on Oregon camping trip makes it home to Arizona with the help of some human friends
Kerwin Doughton, founder of Umpqua Valley Festival of Lights, dead at 82