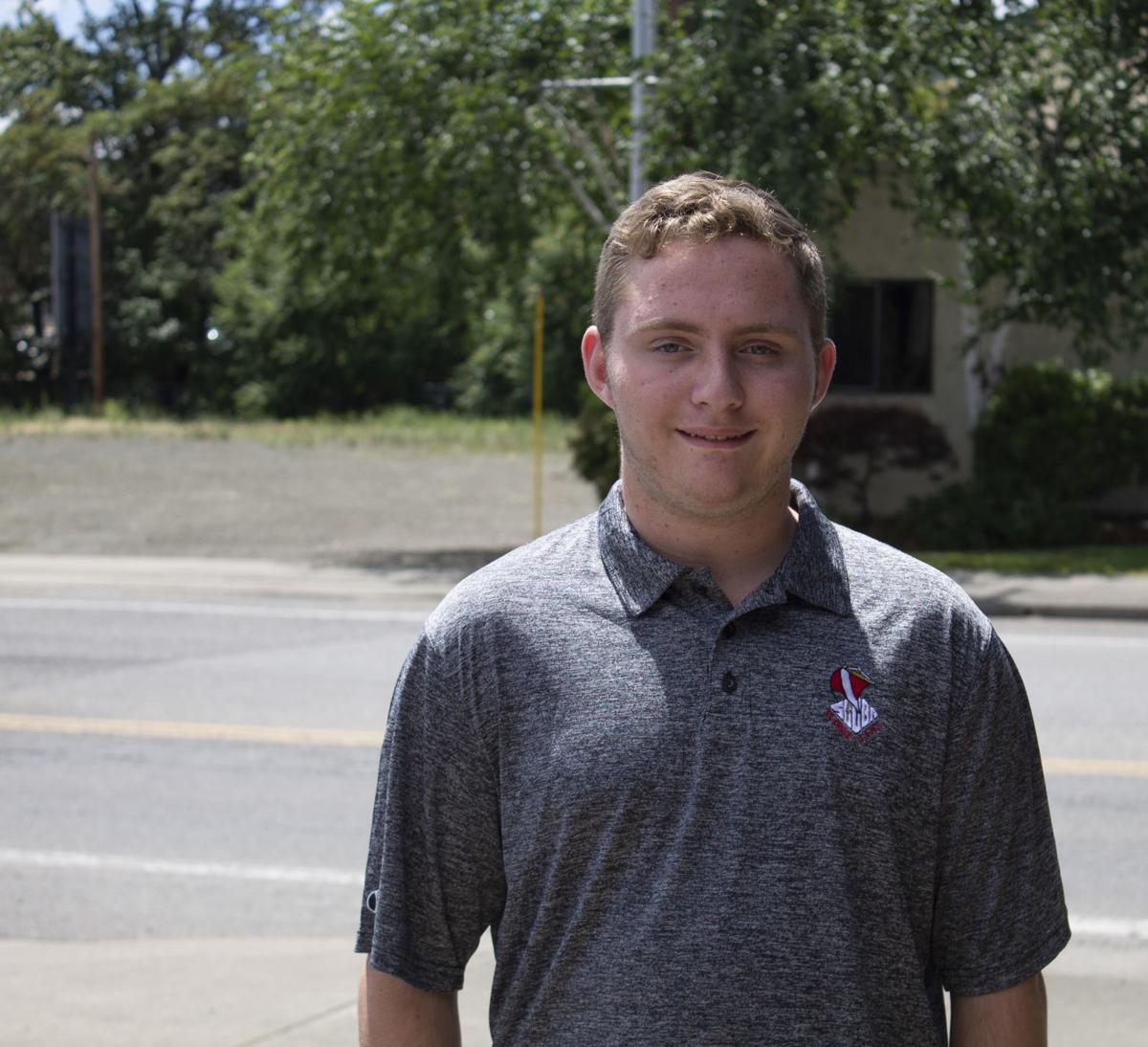 Roseburg High School sophomore Jake Calkins is a World Ocean School summer ambassador and will sail out of Boston in August. 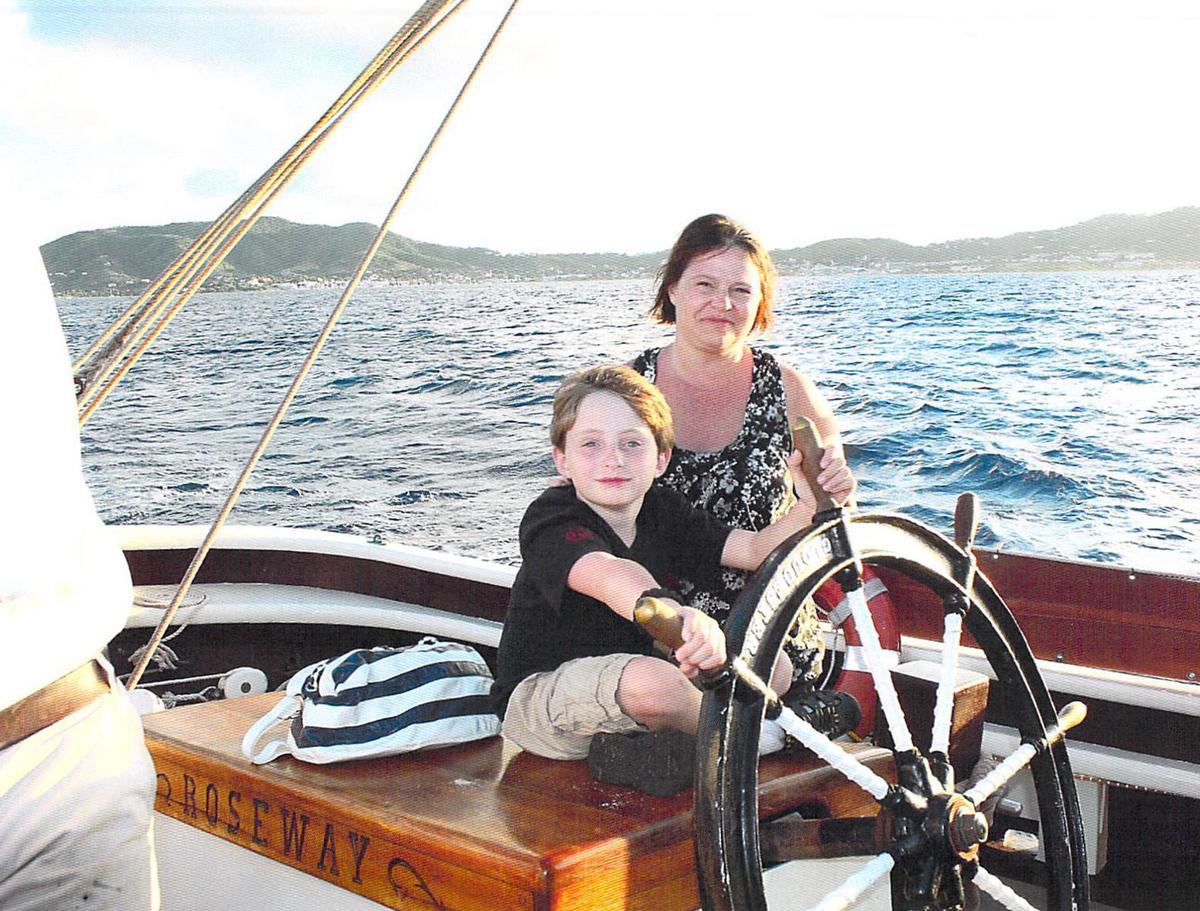 Jake Calkins in a family photo aboard the Roseway during a vacation in St. Croix as a child. Calkins will return to the schooner this summer to become a summer ambassador. 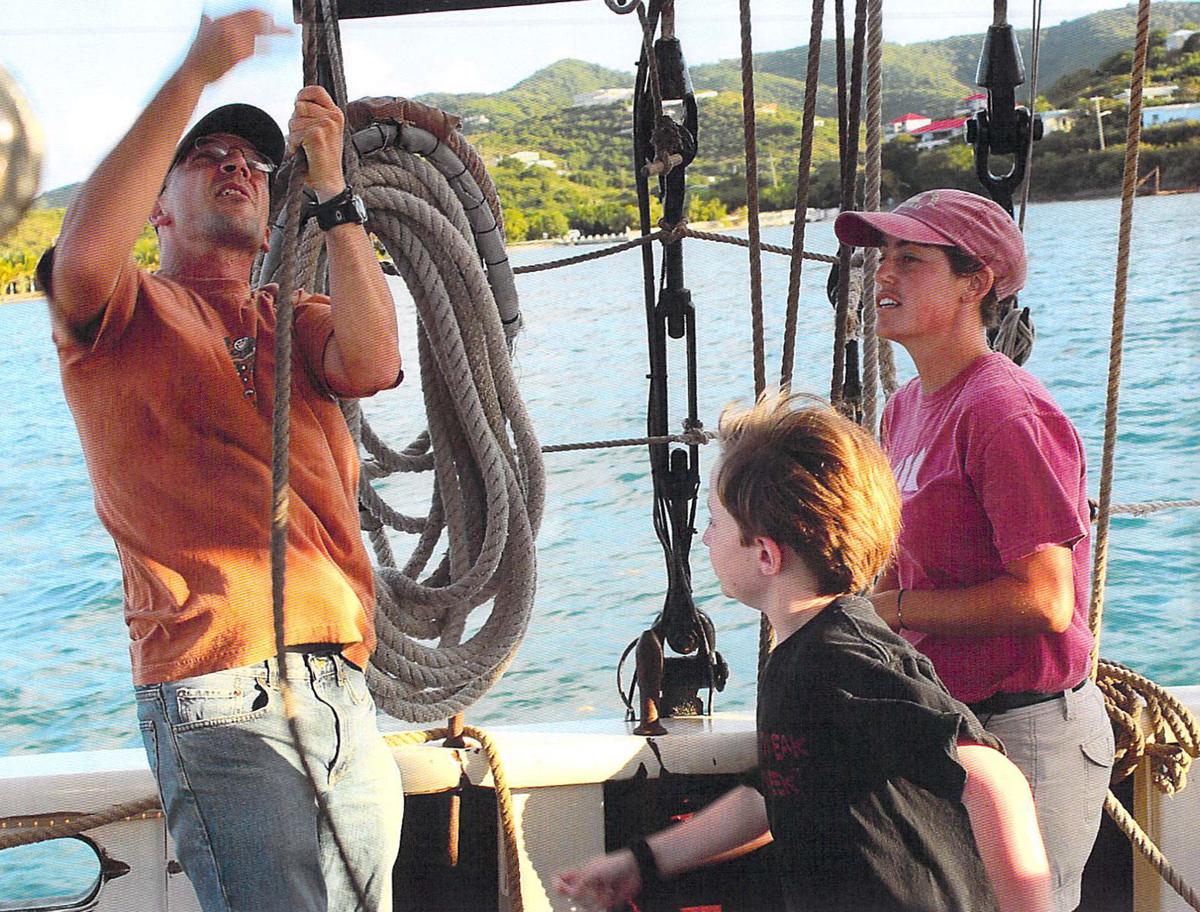 A family photo shows Jake Calkins taking an interest in sailing aboard the Roseway during a trip to St. Croix several years ago. 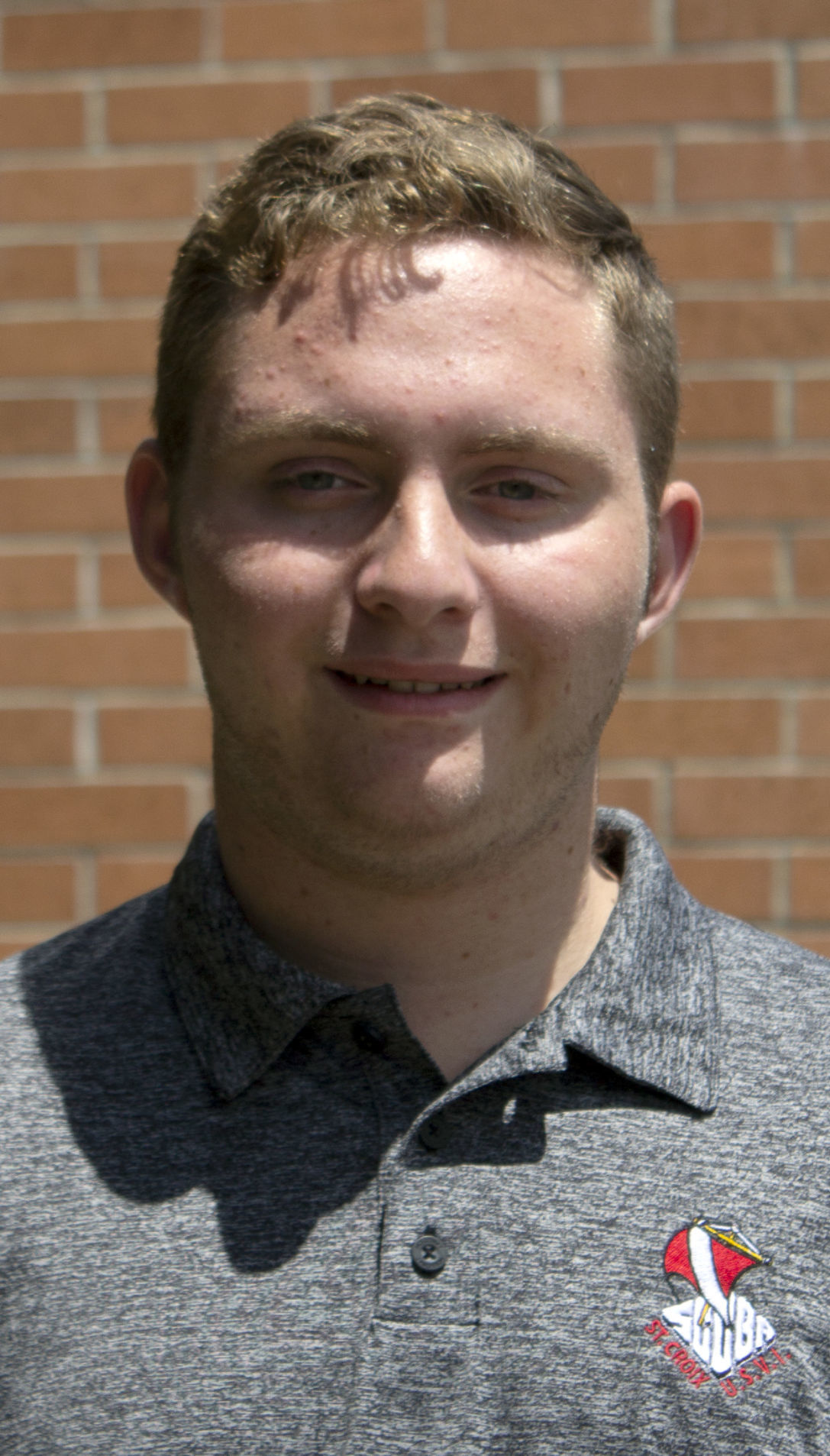 Roseburg High School sophomore Jake Calkins is a World Ocean School summer ambassador and will sail out of Boston in August.

Jake Calkins in a family photo aboard the Roseway during a vacation in St. Croix as a child. Calkins will return to the schooner this summer to become a summer ambassador.

A family photo shows Jake Calkins taking an interest in sailing aboard the Roseway during a trip to St. Croix several years ago.

Jake Calkins was vacationing with his family in St. Croix several years ago when the Roseway — a historic fishing and naval yacht — docked and allowed visitors aboard the schooner. This summer he’s returning to the same ship for an ambassador program.

Calkins, a 15-year-old incoming Roseburg High School sophomore, found out about the World Ocean School summer ambassador program when looking for a way to revisit the Roseway, and decided to start filling out applications. He was accepted and will sail out of Boston on Aug. 10 en route to Greenport, Long Island along with 21 other students.

“A summer ambassador is a student who wants to expand and grow as an individual and a team member,” World Ocean School Program Manager Cara James said. “They must have a willingness to step outside their comfort zones, be open to other cultures and lifestyles, have a desire to make new friends from all over the country, have a desire to learn the importance of serving communities, and learn to sail and become an integral part of Roseway’s ship’s company.

“We’re really lucky each year to have groups of students who are so adventurous, curious, and willing to learn,” she said.

Calkins is a Life scout with the Boy Scouts of America, which has helped shape his leadership skills.

“Having leadership skills doesn’t only mean I can help lead, but it’s taught me how to be a good team member,” Calkins said.

Calkins worked at a summer camp last year, where he got to know a lot of people from across the West coast. Through Boy Scouts camp he also earned a sailing badge.

According to James, there will be a diverse group of children from all over New England, a few from Oregon and a few from St. Croix, with four returning students who will be Junior Watch Officers.

“That’ll be cool about the boat, there’ll be people from all over the place,” he said.

James noted that students won’t just be taught what it’s like to be a sailor, they will also have to actively participate in sailing.

“Throughout the course of the program, the crew turns more and more responsibilities over to the students to give them some ownership of the vessel,” she said. “It’s very cool to watch them grow in confidence and comfortability.”

Roseway will stop at two or three different ports throughout its two-week journey. During those stops, the students will complete volunteer projects such as invasive species removal, bird banding and provide deck tours.

Calkins was most interested in how changing marine history impacted the ship.

“It’s cool how old it is and the history behind it,” Calkins said.

Schooner Roseway was designed as a fishing yacht by John James in 1925 and, despite a limited fishing record, it set a record of 74 swordfish caught in one day in 1934.

In the spring of 1942, Roseway was fitted with a .50-caliber machine gun and assigned to the First Naval District to guide ships through the minefields and anti-submarine netting protecting the harbor. Roseway was retired in 1973 and earned National U.S. Historic Landmark status.

In 1974, the ship was bought by Jim Sharp and Orvil Young and 14 cabins were added to create accommodations for 36 passengers and Roseway served the tourist industry until the late 1990s.

As a response to the attacks in 9/11, Abby Kidder and Dwight Decklemann decided to create a school that would be inspiring and challenging and, in 2002, World Ocean School was formed. The Roseway then underwent an 18-month long restoration and embarked on is maiden voyage as the World Ocean School in the summer of 2005.

“As an Ambassador of Roseway this summer, you will be trained to be an integral part of Roseway’s crew,” Jake’s acceptance letter read. “You will be expected to work hard and represent World Ocean School, both on board and on shore.”