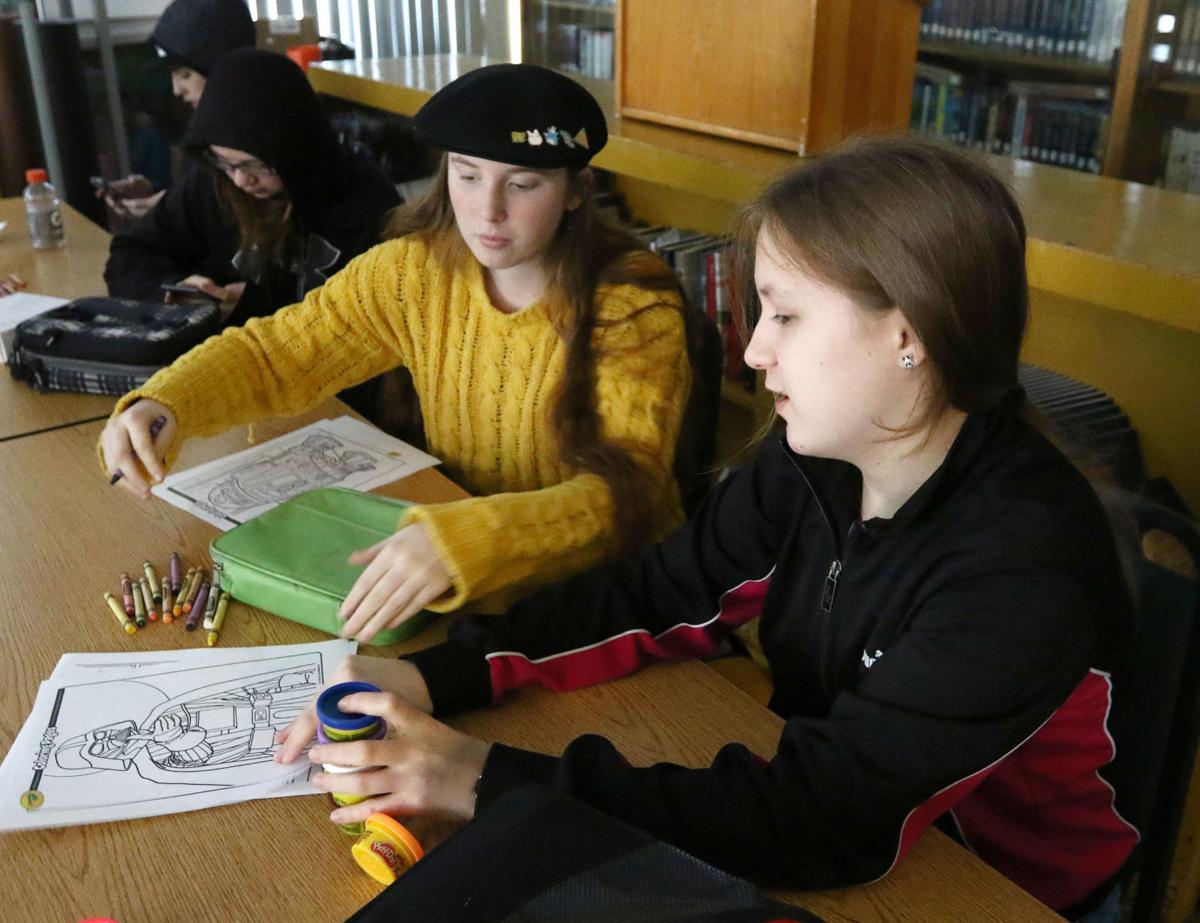 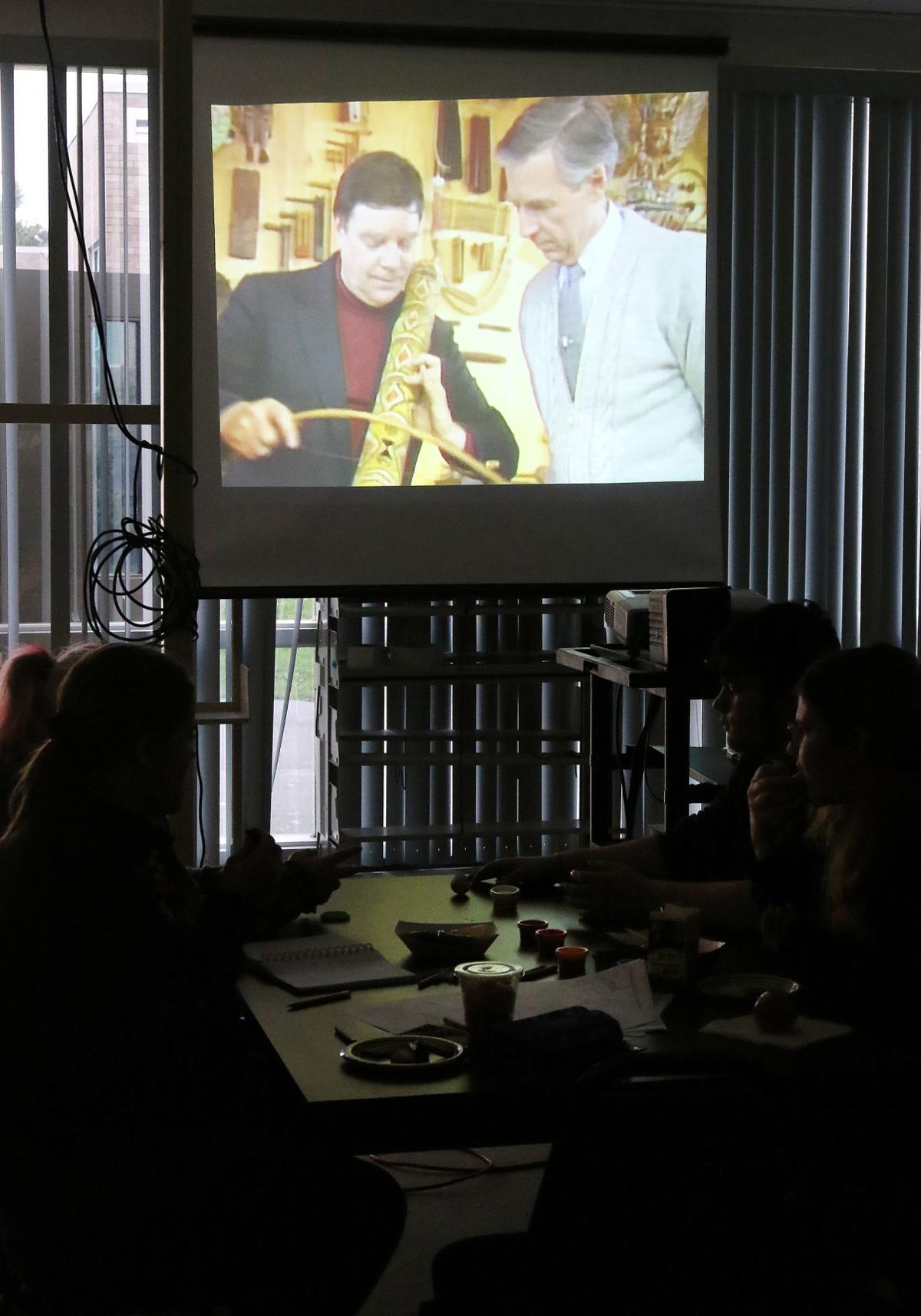 Roseburg High School students watch an episode of ‘Mister Rogers’ Neighborhood’ as they take their lunch during Mister Rogers Thursday at the library. 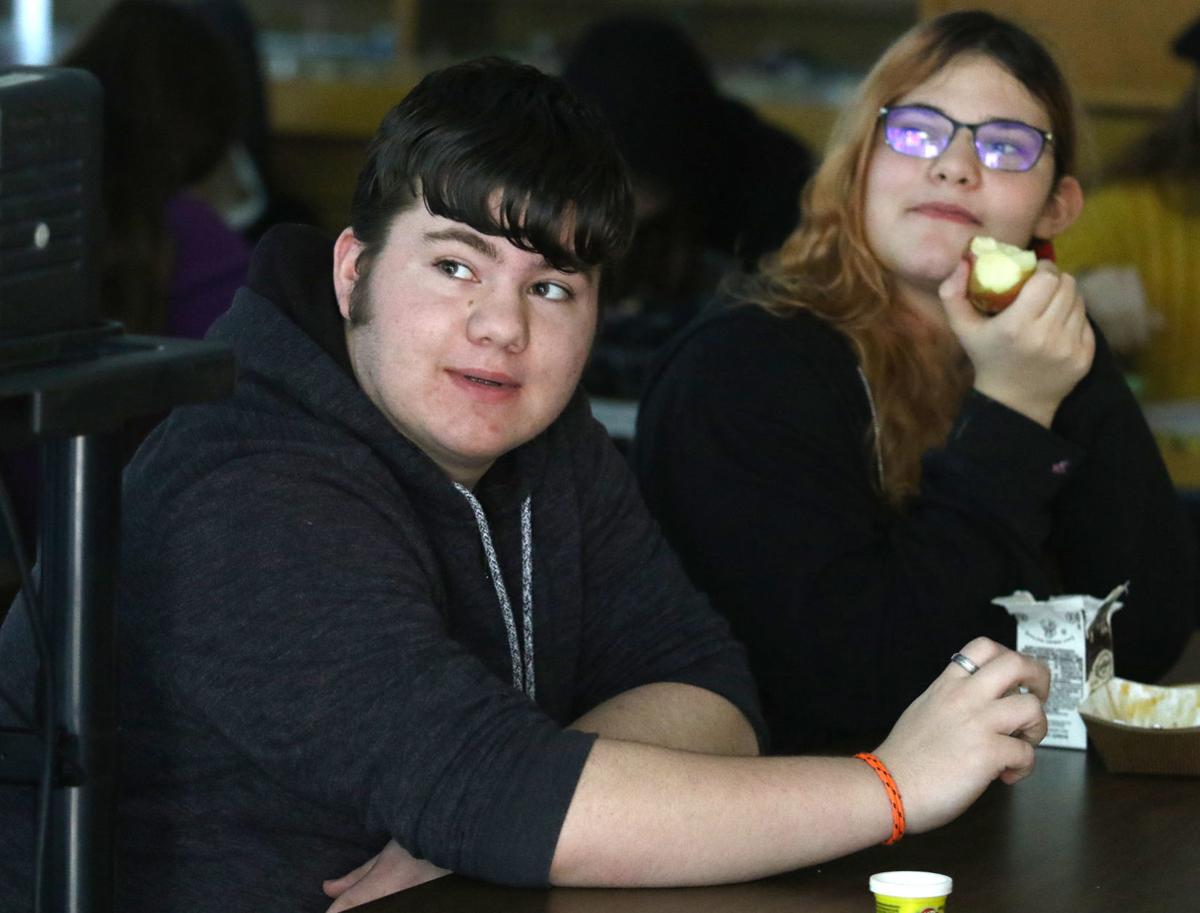 Roseburg High freshmen Felix Rogers and Gabrielle Skaja watch an episode of ‘Mister Rogers’ Neighborhood’ as they take their lunch during the Mister Rogers lunch Thursday at Roseburg High School. 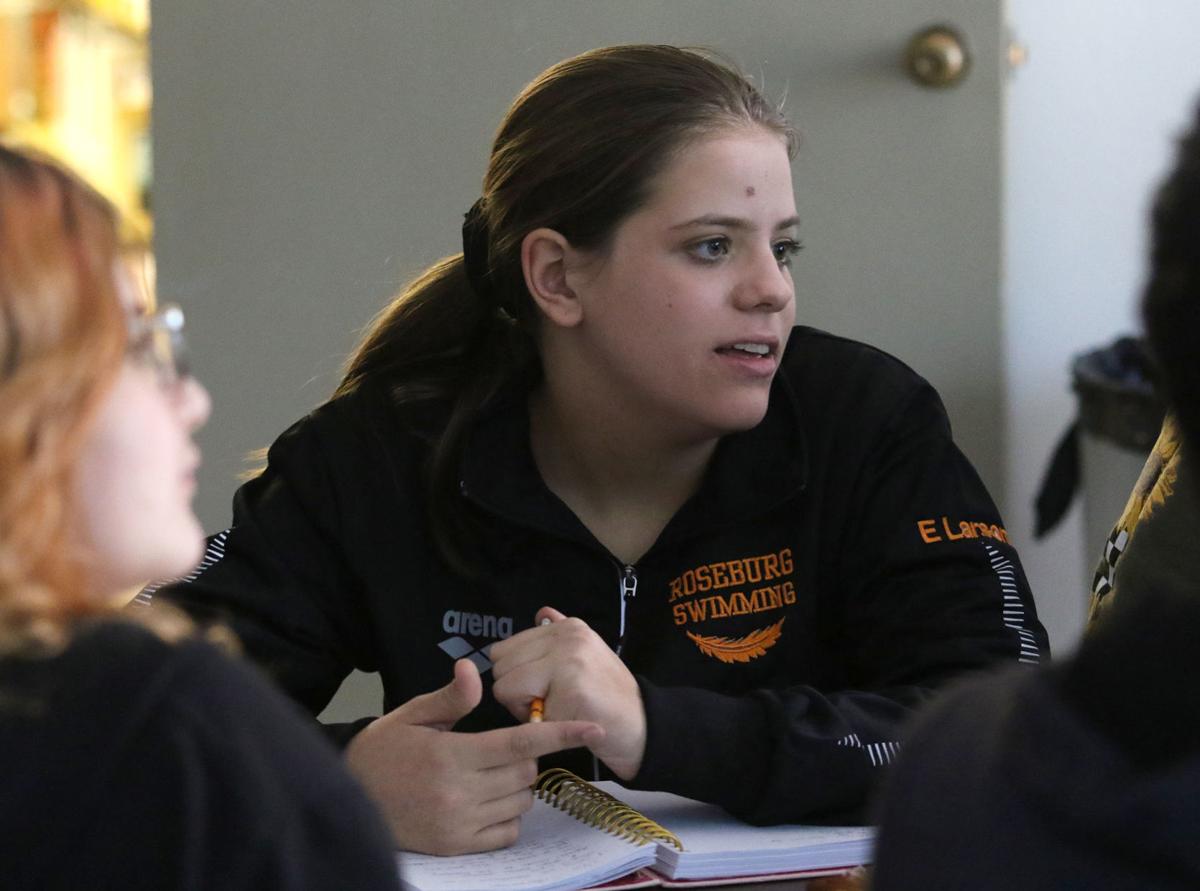 Roseburg High School students watch an episode of ‘Mister Rogers’ Neighborhood’ as they take their lunch during Mister Rogers Thursday at the library.

Roseburg High freshmen Felix Rogers and Gabrielle Skaja watch an episode of ‘Mister Rogers’ Neighborhood’ as they take their lunch during the Mister Rogers lunch Thursday at Roseburg High School.

Shortly after the first lunch bell rang, students started to trickle into the Roseburg High School library Thursday afternoon to be a part of Mister Rogers’ lunch.

The library is open to students for lunch on Thursday and Friday, but Thursdays are all about Fred Rogers, while Fridays are themed around Bob Ross’ painting videos.

“I love the people who work here and I have a lot of friends who came to it, my sister came to it before me, and it’s really enjoyable,” freshman Emily Larson said. “You get to relax, especially during finals when it’s really intense. It’s a great way to kind of chill down and be like, ‘It’s all going to be OK,’ and it’s fun to watch Bob Ross and find some deep life lessons in his paintings.”

Media Specialist Marie Felgentrager said there are between five and 25 students for each lunch. Each student gets to check in, eat and play with the materials on the table.

Freshman Aaliyah Grable said she came to the lunch because “it seemed like fun and so you’re not bored at lunch all the time.”

On Thursday, there was Play-Doh, crayons and coloring sheets, as well as some leftover snacks from Felgentrager’s birthday party a day earlier.

The classroom is decorated with quotes from Rogers and Ross, such as “Knowing that we can be loved exactly as we are gives us all the best opportunity for growing into the healthiest of people,” by Rogers, as well as imagery from each of the television shows.

Students who came to the Thursday lunch checked in by getting a punch on a Neighborhood Trolley card. When students attend 10 or more lunches, there’s a party.

The Mister Rogers’ lunches were added at the beginning of the academic year at the request of students.

While there is no Steve Irwin lunch planned, students have been excited about the addition of the Mister Rogers’ lunch.

Felgentrager hosted two Bob Ross parties last year and bought little gift boxes for each of the students, filled with water paints, a little easel and candy shaped like a painting palette. She hopes to put all the art the students create during the Friday lunches in a book to keep in the library.

Geneva Academy students to pack 10,000 meals for children in need on Friday

Play-Doh, crayons and coloring sheets? Is this a High School or an Elementary School?

It is, indeed, a high school. The art supplies are meant to be fun & students enjoy the carefree aspect of "playing."

Travel Agent: No reason to panic about coronavirus yet
Melrose students raise money to help recovery effort after Australian wildfires