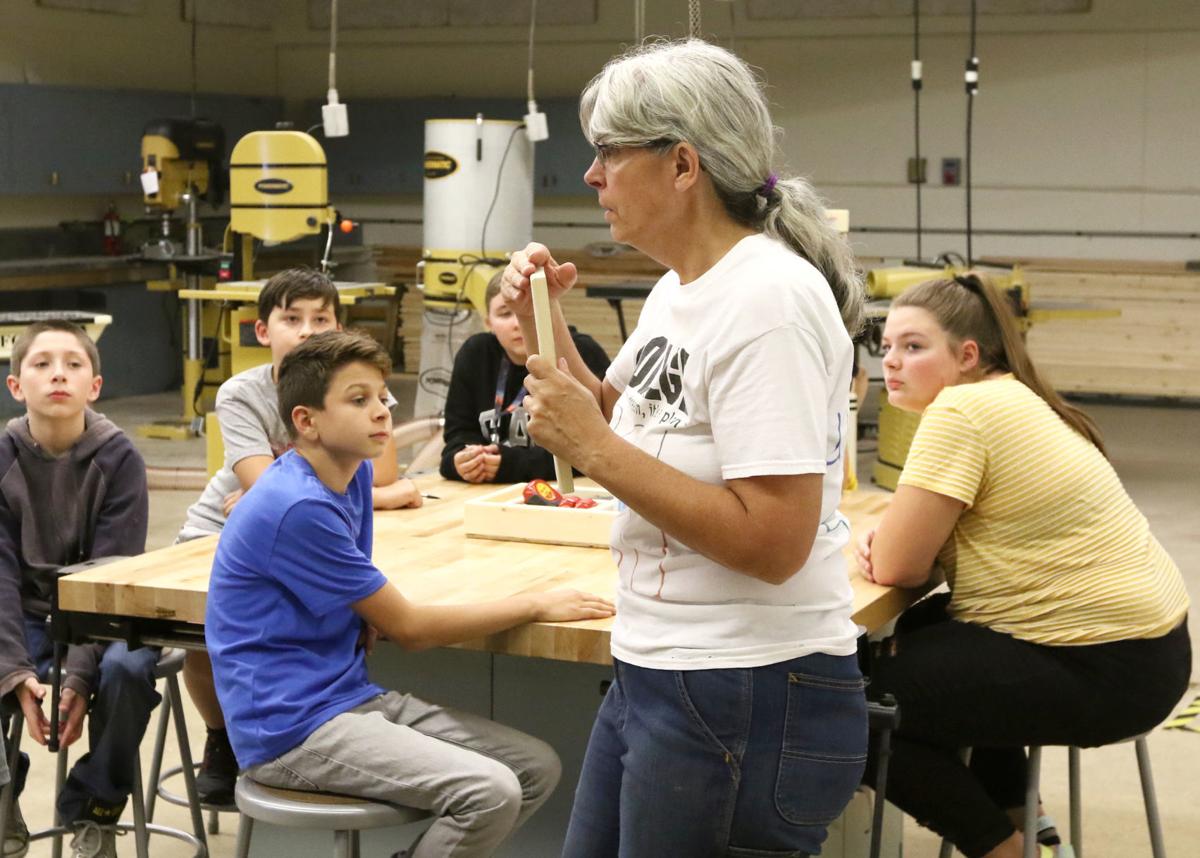 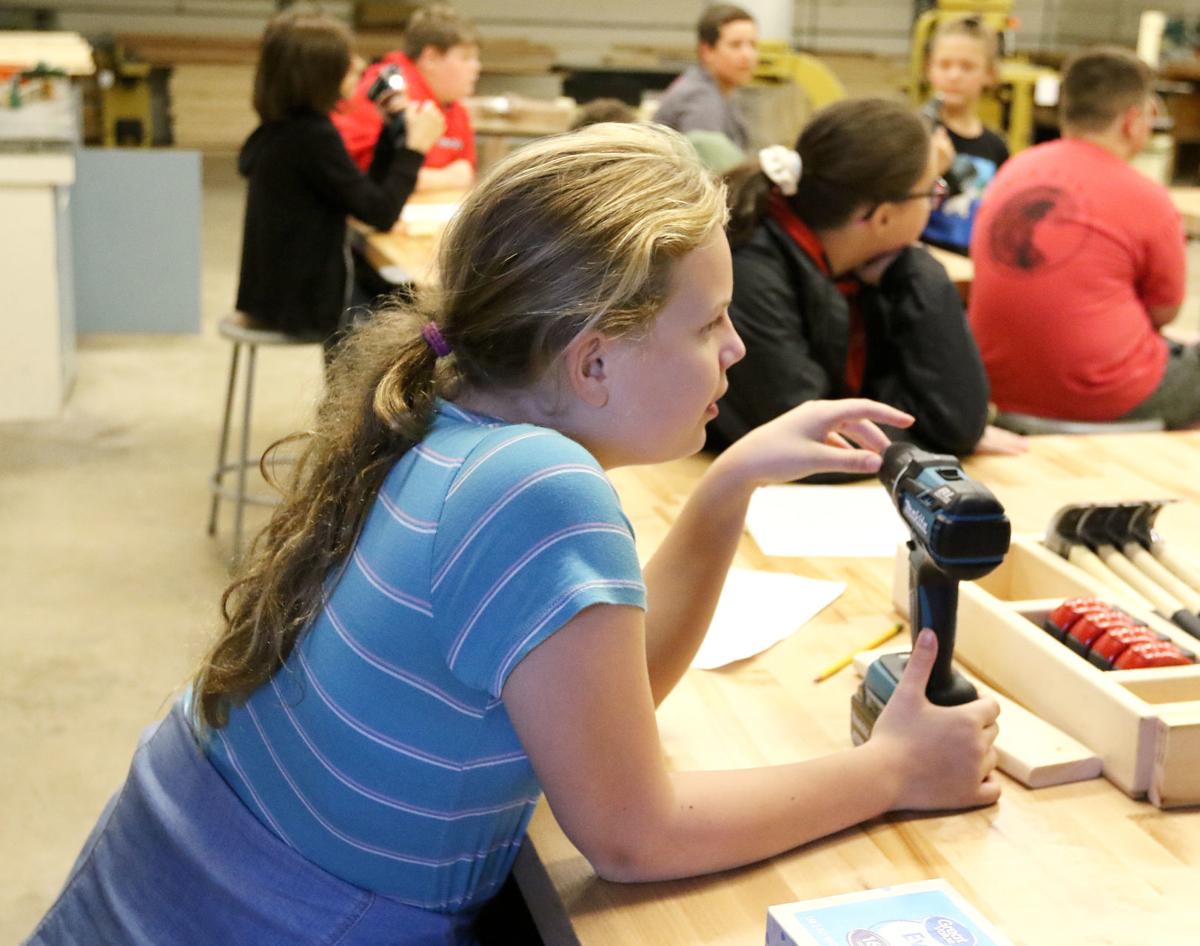 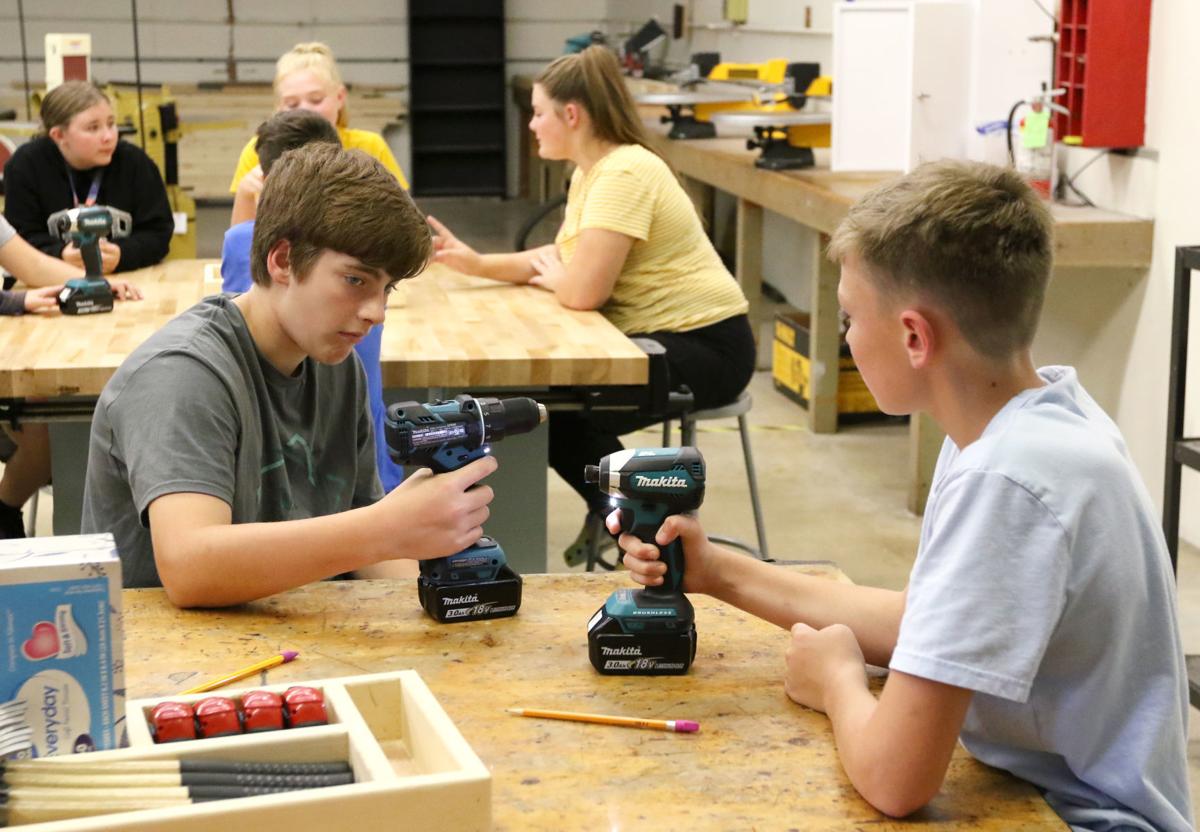 Fremont Middle School eighth graders Dylan Bradfield, left, and Camerohn Akins get acquainted with the tools they will be using in a woodshop class at the Roseburg school on Thursday. 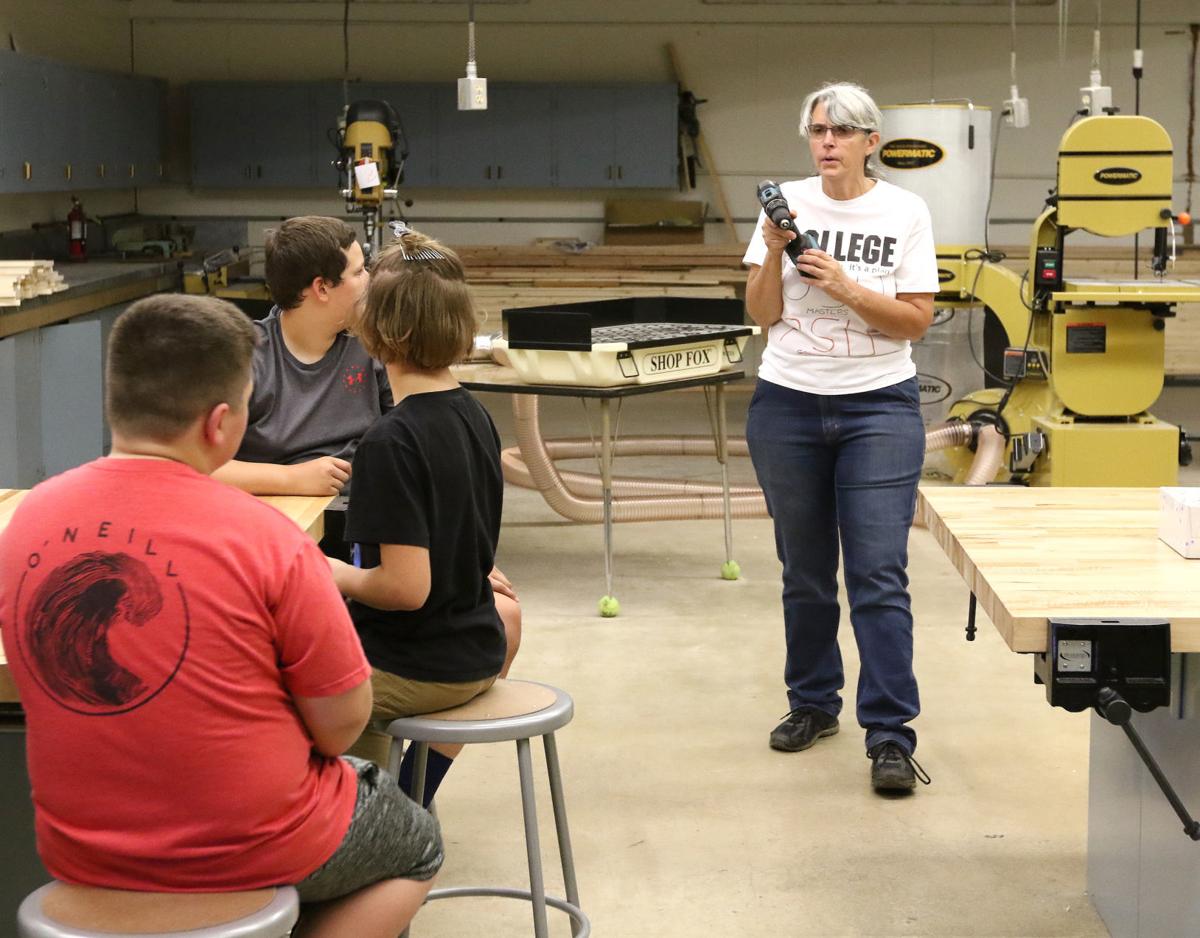 Fremont Middle School eighth graders Dylan Bradfield, left, and Camerohn Akins get acquainted with the tools they will be using in a woodshop class at the Roseburg school on Thursday.

She spends fourth period trying to get from one campus to the other while hoping her path doesn’t cross with a train.

Woodshop was added to the middle school curriculum at the beginning of this school year. The last time Fremont had a woodshop program was during the 2003-2004 school year.

Through Measure 98, the school district received extra funding for career technical education programs. Most of that funding went to the high school, but some went to the middle schools. The middle schools didn’t offer any career technical education classes, but spent money to build shop classrooms at both schools at the end of last school year and throughout the summer.

It was a perfect fit for Grauer who, after 16 years of teaching seventh-grade math, was getting fidgety.

“I love teaching, but I was not enjoying my job,” Grauer said.

So when Fremont Principal Ben Bentea approached her about being the woodshop teacher, it seemed like a no-brainer.

As a math teacher, Grauer ran a tight ship and found it easier to connect with students in her after-school clubs such as Cribbage Club than in the classroom.

Woodshop is an elective, which means every student has chosen to be in the class. But each student joined for a different reason.

“I’ve done construction with the theater and I thought it’d be fun to do smaller things,” Fremont seventh grader Andi Robison said. “It seems like it would be fun. It’s woodworking, why wouldn’t it be fun?”

Others said they joined because they want to be able to help their dad in the shop, or their older brothers.

“I do woodworking with my dad, but it’s mostly him working and me standing around,” Fremont eighth grader Josh Banister said.

Grauer herself started in construction because of a boy, before the students she has now were even born.

“I was a secretary and I quit my job. I didn’t know what to do and my boyfriend said, ‘Come build homes with me.’ So, I did,” Grauer said. “I can, and I have built a home from the ground up. I know every aspect of it.”

That boyfriend became her husband and construction became her profession for 18 years, before she decided to start taking it a little easier on her body and started teaching middle school math.

Grauer and her husband built storage areas and benches throughout the summer for the students to use and created organized spaces to put all the new tools used by students.

“Somebody is going to be the first kid to use these tools,” Grauer said.

And so far, the reviews from students have been positive.

Students have already started making a tissue box and will get several more projects throughout the year. Each project will give students the opportunity to use tools they haven’t used before.

Their final project will be to create something, within reason, out of an 8-foot board.