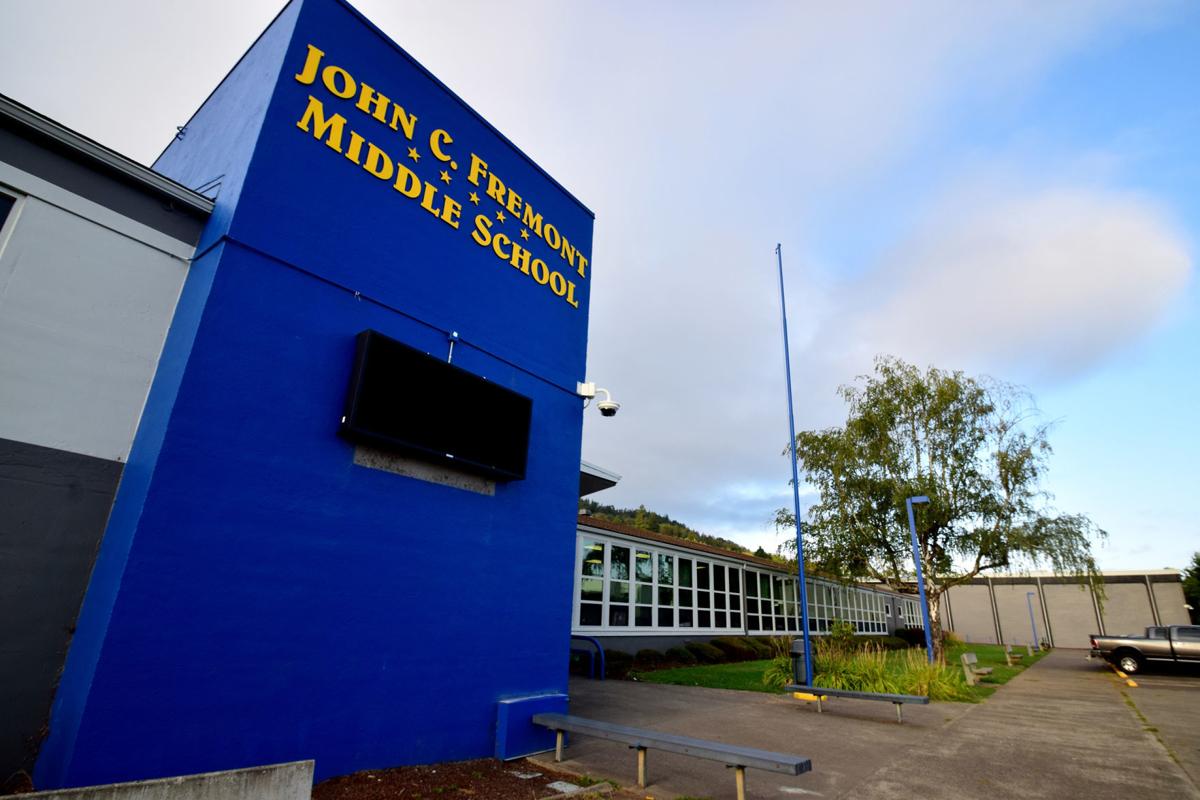 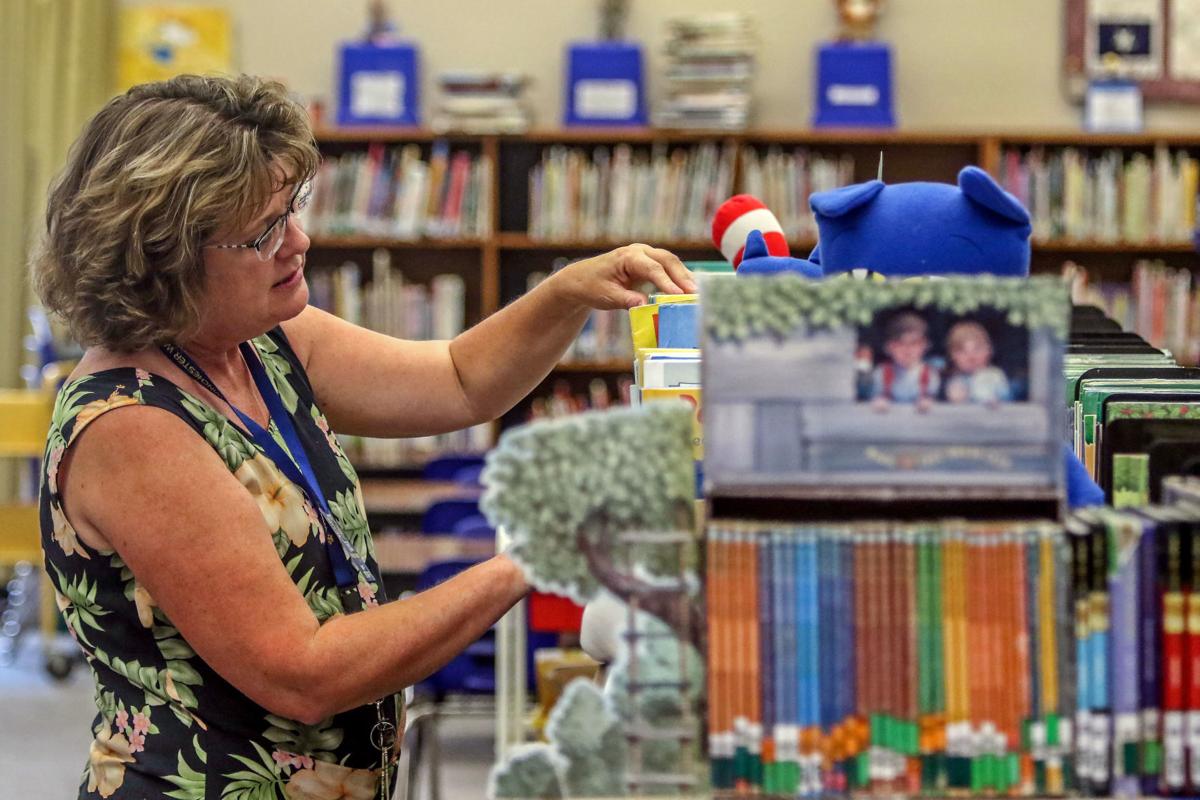 Winchester Elementary School librarian Heidi Guyer works in the school library Wednesday. The Roseburg School Board voted Wednesday to put a bond levy on the May 2020 ballot. 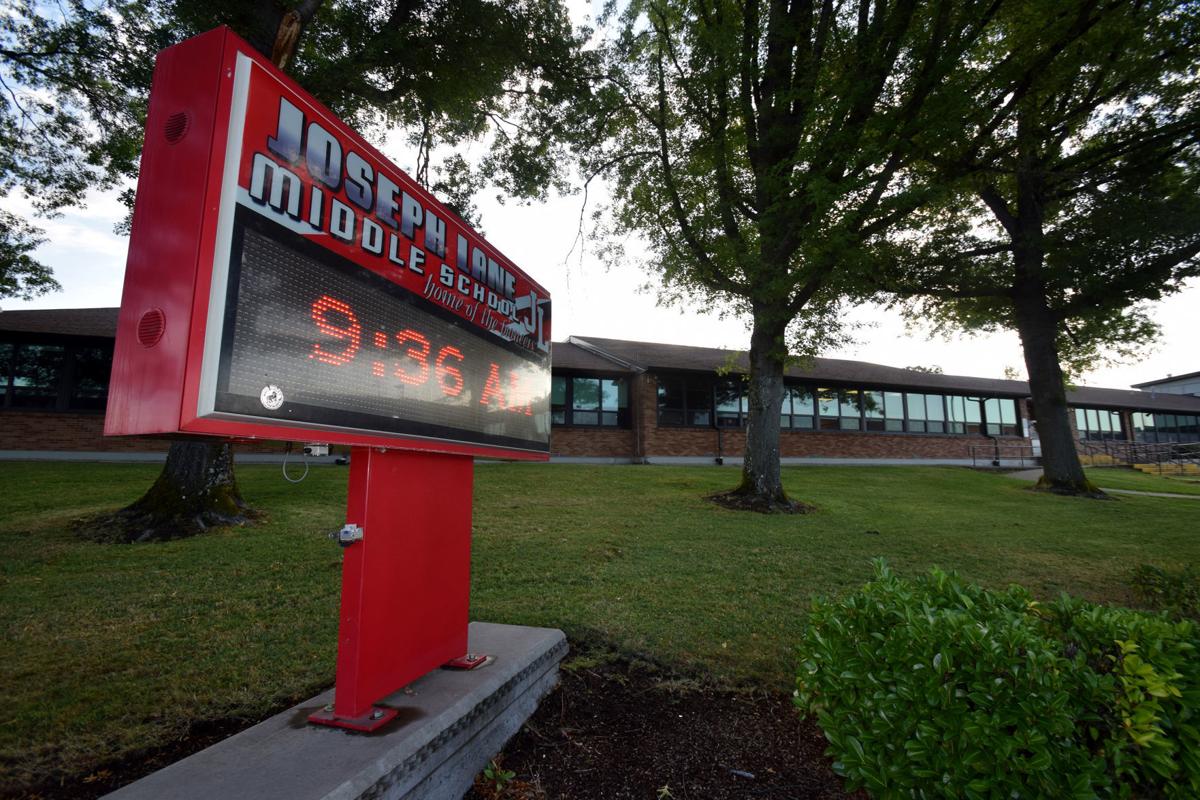 Joseph Lane Middle School is one of the schools that could benefit from a bond measure in May. 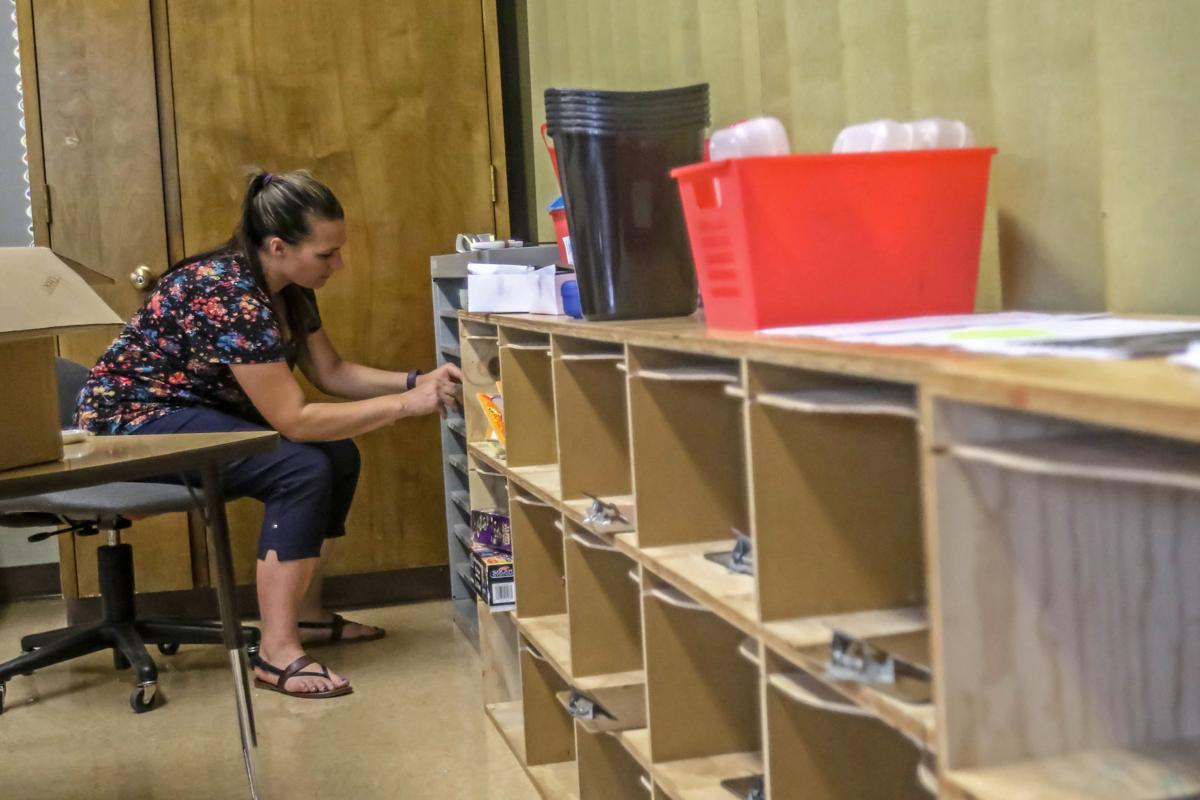 Grace Johnson, a first grade teacher at Winchester Elementary School, prepares her classroom Wednesday for new students set to arrive on the first day of school, Tuesday, Sept. 3. The Roseburg school board voted Wednesday to put a bond levy on the May 2020 ballot.

Winchester Elementary School librarian Heidi Guyer works in the school library Wednesday. The Roseburg School Board voted Wednesday to put a bond levy on the May 2020 ballot.

Joseph Lane Middle School is one of the schools that could benefit from a bond measure in May.

Grace Johnson, a first grade teacher at Winchester Elementary School, prepares her classroom Wednesday for new students set to arrive on the first day of school, Tuesday, Sept. 3. The Roseburg school board voted Wednesday to put a bond levy on the May 2020 ballot.

{child_flags:breaking}School bond likely goes to voters in May

The Roseburg School Board unanimously agreed to place a bond levy on the May 2020 ballot during Wednesday’s meeting.

The school district will now start the process of polling voters, starting community discussions and working toward a plan to present to voters.

A grant request, which was dependent on the school district going for a bond levy, will be sent off Thursday. Requests for quotes to marketing and polling firms will also be sent off this week.

Board Chair Joe Garcia noted the district had been perpetually upgrading buildings and it was time to do something drastic.

Cooperative Strategies, a firm that specializes in creating complete financial and demographic planning for education, completed a number of assessments to create a long-range facilities plan. The firm identified nearly $37 million of needed facility repairs and $17.5 million of needed educational adequacy improvements.

“The current portfolio of schools is aging and many facilities will undoubtedly require replacements in the coming decade or two,” according to the recommendations from Cooperative Strategies.

The board will use community input to determine the amount of the bond, as well as the desired upgrades.

No decisions were made regarding what upgrades the bond levy would pay for, although several options were discussed including consolidating the middle schools, building new schools or continuing to repair all the schools within the district.

Garcia said he wanted to make a big move with the bond. “I’m kind of tired of settling for things,” he said.

“It’s about creating that desire and that energy for folk to feel like they’re making a connection with the community through the school system,” Garcia said. “We have to find what is going to unite and rally and inspire the community. I think, if we simply go for $37 million without really doing something to inspire the public and community, I think we’re doing a great disservice and selling ourselves short and selling the community short.”

Garcia said building two middle schools would cost $88 million, while combining them could be just north of $60 million.

The school district has three properties in Roseburg where it could build another school.

“If I had my way, I’d replace them all,” director Micki Hall said about the buildings. “We can’t make them into 21st century schools.”

On average buildings in the district were built in the 1950s.

“I believe it takes a village to raise a child. I think we need as many voters in this community to vote,” director Rodney Cotton said. “I’m a believer if we present to our voters what we need they trust us and they would believe us.”

Superintendent Jared Cordon said he hopes to have the students’ views represented on the long-term facilities plan and as the district moves forward in pursuing the bond.

Charles Lee abstained from the vote, but was present for the discussion.

Another Roseburg School District bond levy for what could be $100 million+? I applaud our school board for trying to come up with a long term plan, however, let's fix the drain on the system first, Oregon PERS. I supported the bond levy in 2013. I strongly believe Successful Schools = Stronger Communities. I want new schools built for the next 75+ years but we cannot keep putting the cart before the horse. With crumbling infrastructure, the state of Oregon needs to allow our local school districts to plan for the future. If the teachers unions, school boards, and superintendents put as much time, money, and effort into demanding a permanent PERS fix as they did in running bond levies maybe something could get accomplished. I will not support or vote for a school bond, for any amount or any reason, until PERS is permanently fixed, without accounting gimmicks. I will not support dumping more $ into a black hole. This needs to be stopped before it even gets started. Our teachers, students, and voters deserve better - they deserve a permanent solution. #fixpersfirst

I mean all they had to do was Walk across Harvard Ave & there's what 5 acres of Soccer Fields that weren't being used All of the 2 weeks. There's Stewart Park the VA I'm sure would have let them practice there. The Noise was unacceptable to say the very least.

After 2 weeks of the BAND practicing at this school because we were told the field at High School was being used by the Football team. And SEVERAL of My neighbors calling about the Drums sounding like Automatic Gun Fire as it bounces off the Hill behind the school. It was not only Irratating & Down Right RUDE. A call to the asst school supervisor & talking to them & stating I suffer from Cronic PTSD & the Drums sounding like Auto Matic Gun Fire was meet with this query from the Asst Principle. " What doe's PTSD have to do with Anything.? " How Uninformed & Another Example of How Veterans are Overlooked constantly. All 3 of the children who live on my block go to a Private Christain School. And out of 10 homes 5 are Owned by Veterans & All 10 homes are Occupied by Folks who have Retired. Now to get the NEON BLINKING Eye Sore sign thats been installed to be turned off at least after 8 pm. Most of my Block will be Voting a BIG " NO " here.