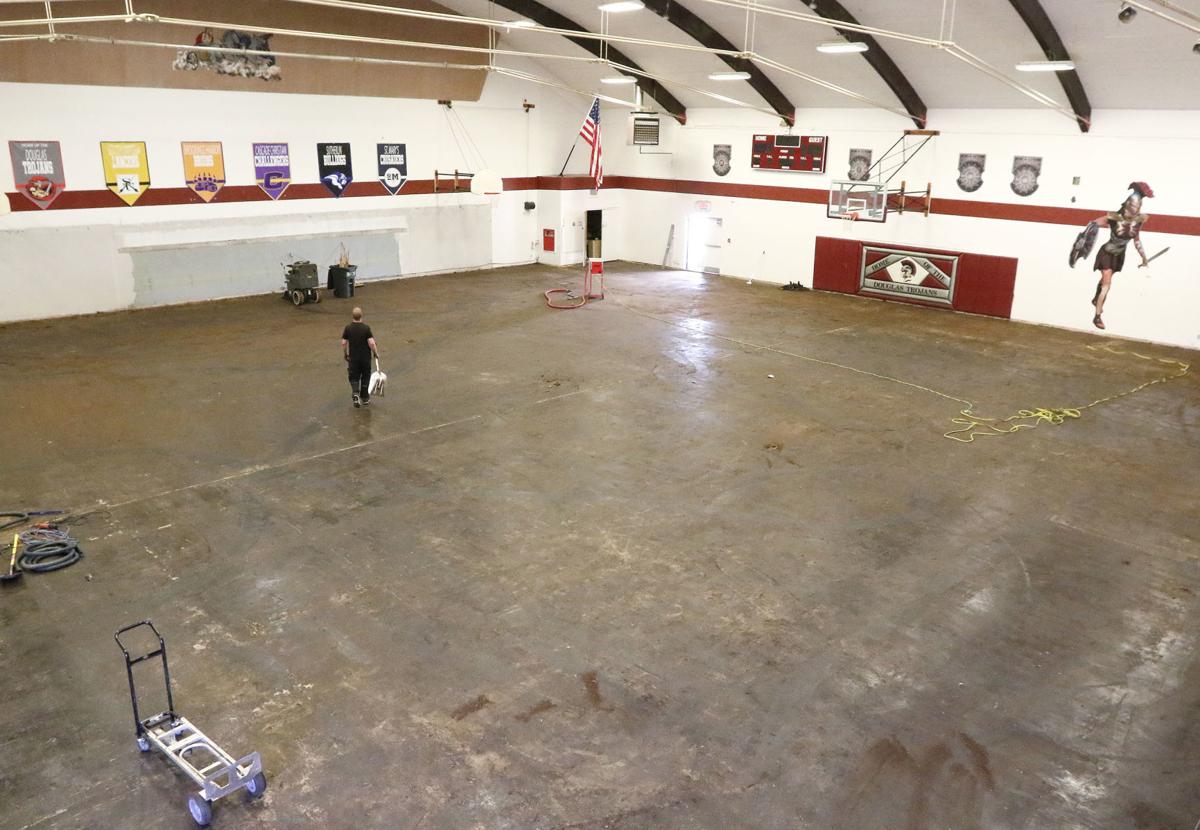 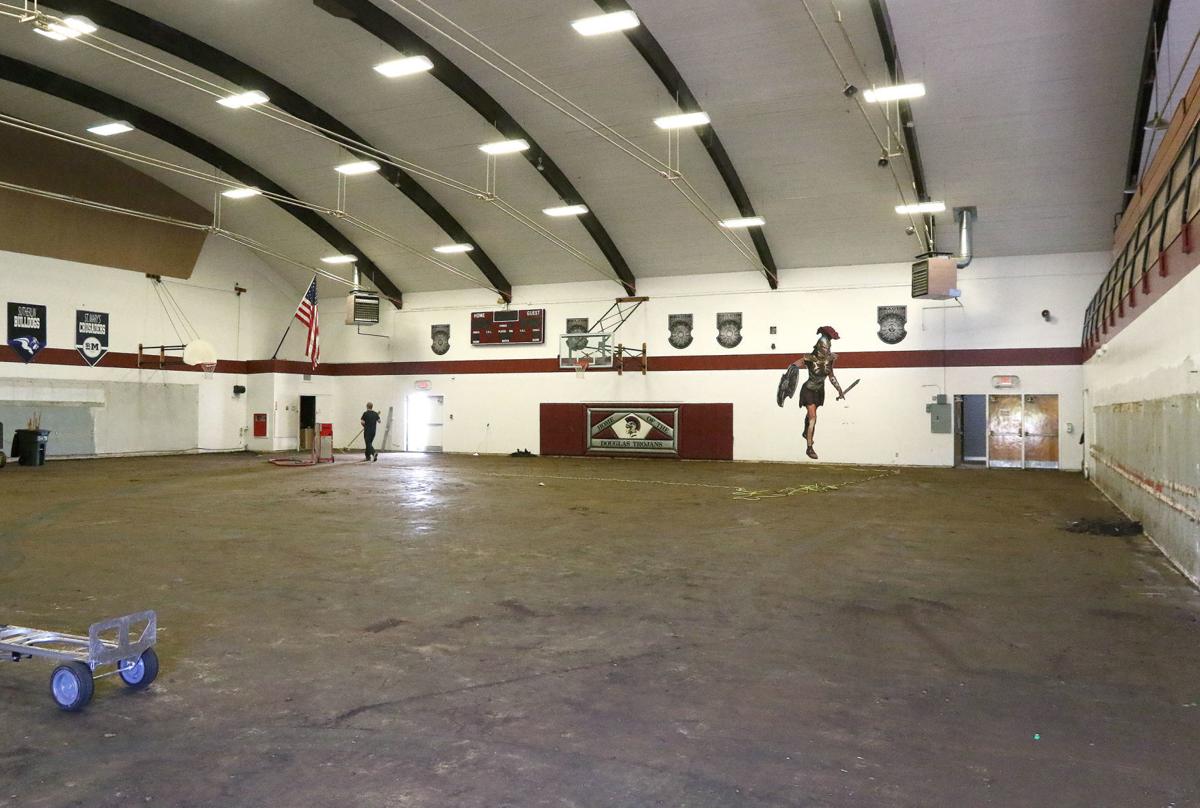 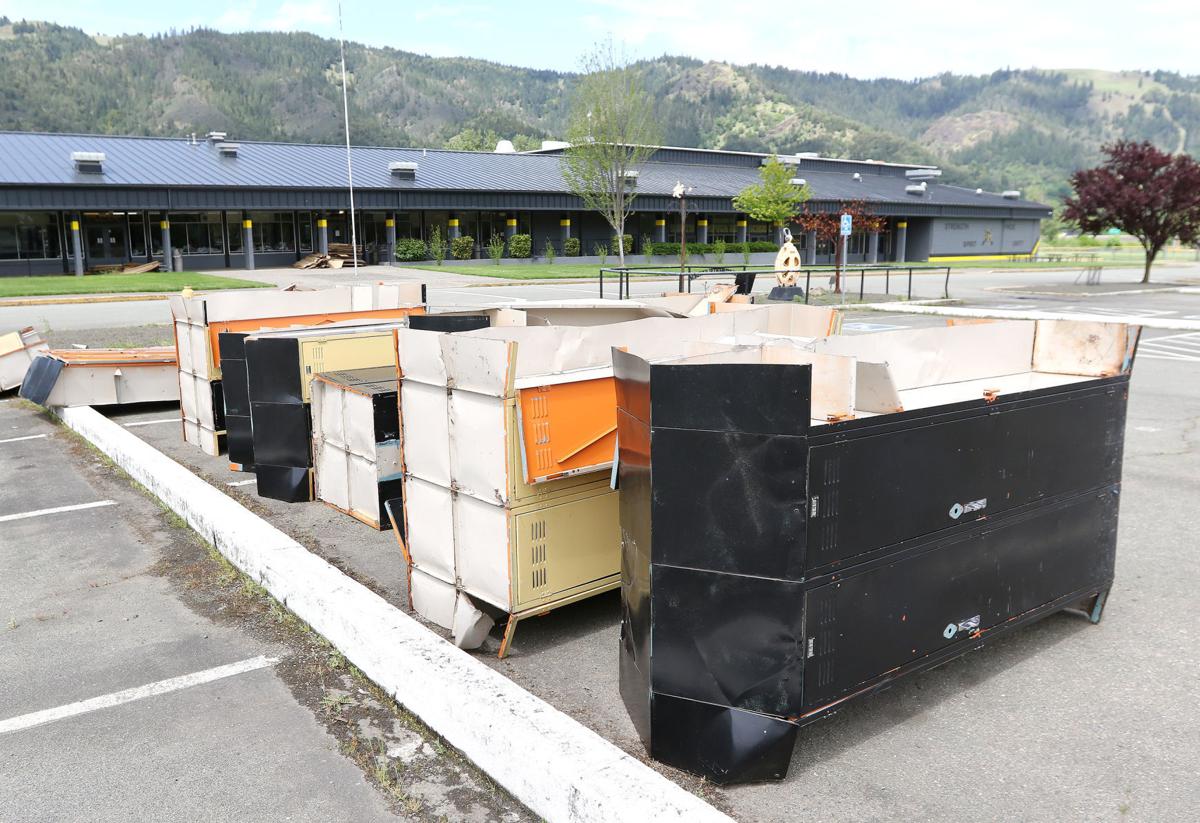 Old lockers that have been replaced at South Umpqua High School await removal at the school on Wednesday. 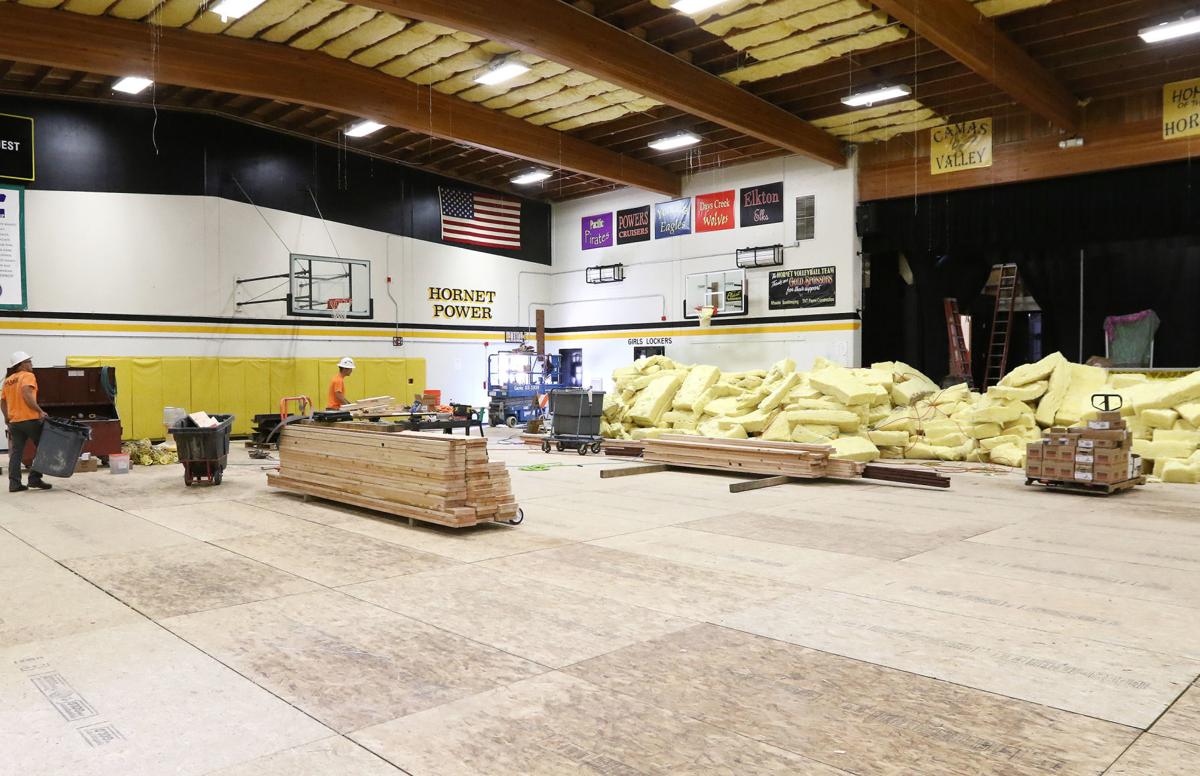 Old lockers that have been replaced at South Umpqua High School await removal at the school on Wednesday.

School buildings will be empty for the rest of the academic year due to closures related to the coronavirus pandemic, but it also means that schools can start some maintenance projects early.

“The silver lining to the cloud is that we get to do summer work a little early,” Riddle School District Superintendent Dave Gianotti said.

At Riddle, that meant replacing bleachers in the elementary school that were removed during seismic upgrades at the school last summer. The bleachers were deemed to be unsafe, but construction of new bleachers didn’t fall under the seismic rehabilitation grant so the school waited to do the work.

Lumber and plans were donated and volunteers helped create the new bleachers.

Gianotti hopes getting some of the work out of the way will help the school be ready for camps in July or August.

In the nearby South Umpqua School District, new lockers were installed at the high school.

The Camas Valley and Winston-Dillard school districts have both started major construction projects that were originally going to start the first week of summer vacation.

The gymnasium at Camas Valley School is receiving seismic and cosmetic upgrades, which will include a refinished floor, a new concession stand and new bathrooms.

“Not having students in school allowed us to get started early,” Camas Valley Superintendent Don Wonsley said. “These are what we call slam projects, and we do them in just a few weeks during the summer. Now we have some extra leeway.”

Getting the project started early also means it will likely no longer disrupt preseason sports practices, which was a prior concern for the district.

Volunteers and school staff at Douglas High School worked to remove bleachers on April 17. Contractors were then able to start removing the old gym floor.

Construction at the high school will continue for several years as approved by voters within the Winston-Dillard School District boundaries in May 2019.

“Now if we can just get the installation contractor started early as well, we will stay ahead of schedule on this project,” Winston-Dillard Superintendent Kevin Miller posted on Facebook.

The school district has continued to work on the project through teleconference meetings.

Although there are no major construction projects scheduled this summer at the Roseburg school district, Physical Plant Manager Tracy Grauf said district staff has completed some larger maintenance projects that would usually have to wait until summer.

“We still get maintenance things done each day,” Grauf said. “Some of that is normal requests, but also would-be-nices or building improvements.”

Maintenance staff has worked on projects such as moving water faucets near school gardens or outdoor school locations and repairing light fixtures which require scaffolding in the hallways — all projects that would typically wait until summer.

Grauf said staff to complete maintenance is limited as a result of the governor’s “Stay Home, Save Lives” order. Although school staff was deemed essential, those at higher risk for contracting coronavirus were exempt from work. He also doesn’t have a budget for the next school year yet, so starting on larger construction projects that may require outside help is not an option yet.

Some schools have also had to push projects back.

After spring sports were canceled on April 8 by the Oregon School Activities Association, completing a build near the baseball diamond in Riddle was stopped as well.

The building was scheduled to be erected in Riddle before the start of the baseball season has not yet been completed.

“The motivation to get that accomplished slid,” Gianotti said, adding that the foundation has been completed but the volunteers who were scheduled to help with construction are now busy with other projects.

Welcome to Distance Learning: Educators and newspaper work together to answer questions about distance learning

Putting the fun in functional; Tips for creating a distance learning space

Glide school district closes for week, checks in with students and staff impacted by fires

Welcome to Distance Learning: Educators and newspaper work together to answer questions about distance learning