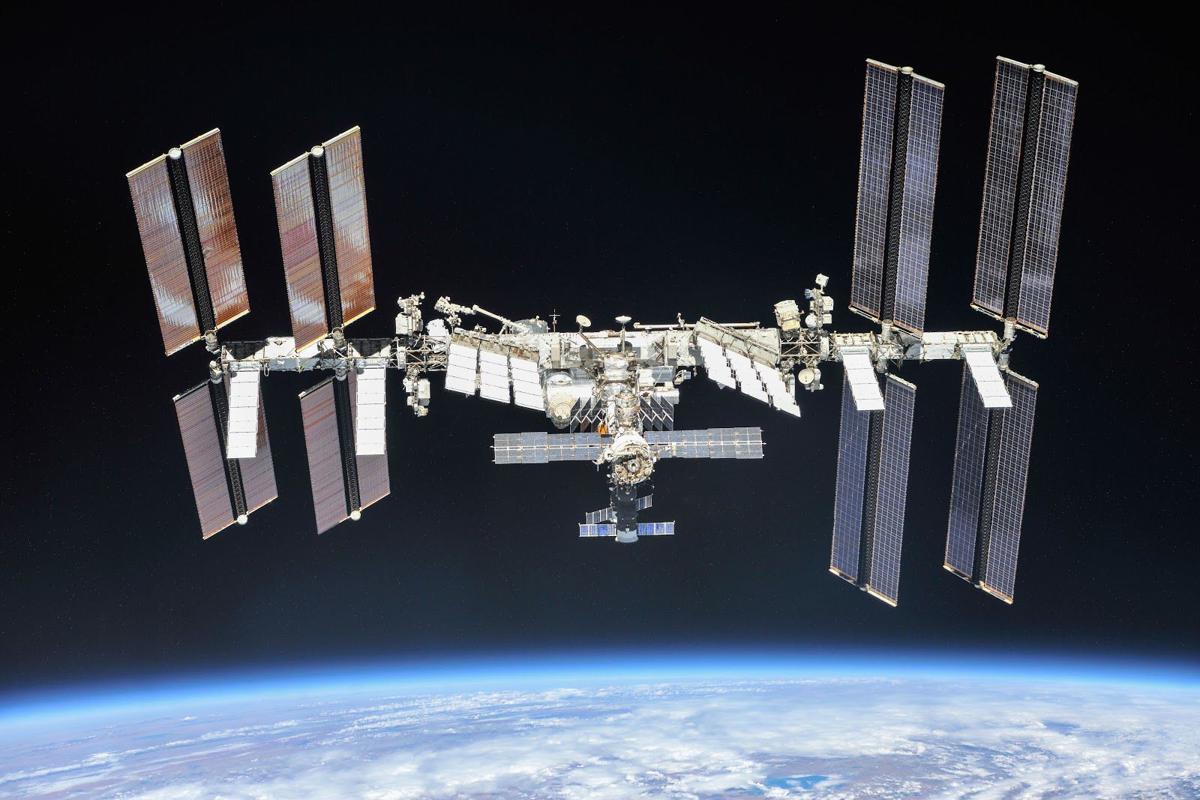 The International Space Station photographed by Expedition 56 crew members from a Soyuz spacecraft after undocking. 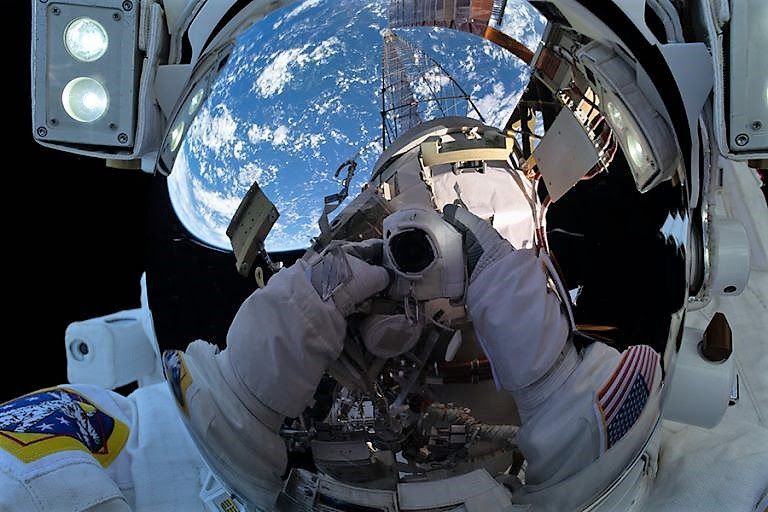 NASA astronaut Michael Hopkins takes an out-of-this-world ‘space-selfie’ during a spacewalk outside of the International Space Station on Feb. 1. 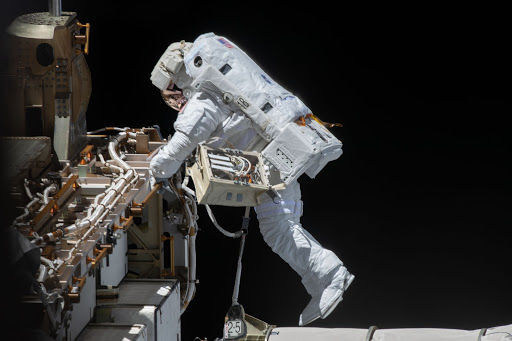 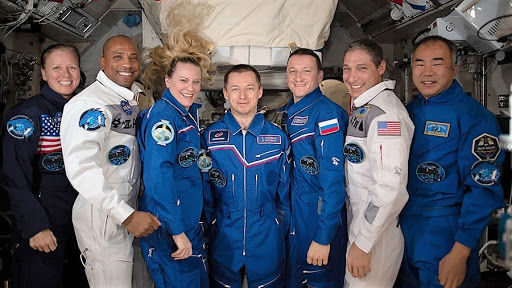 The International Space Station photographed by Expedition 56 crew members from a Soyuz spacecraft after undocking.

NASA astronaut Michael Hopkins takes an out-of-this-world ‘space-selfie’ during a spacewalk outside of the International Space Station on Feb. 1.

If you go outside in the evening and look up at the sky, you might be able to spot the International Space Station. From Roseburg, the space station may just look like a bright light swiftly flying across the horizon, but it is much more than that.

Katherine Brown is the public affairs officer and STEM advocate for NASA.

“It serves as a home where crews of astronauts and cosmonauts live,” Brown said. “The space station is also a science laboratory like no other since science experiments work differently in microgravity.” They have conducted nearly 3,000 science experiments on the station.

The space station is easy to spot. According to nasa.gov, “The space station looks like a fast-moving plane in the sky, but it will be seen as a steady — not blinking — white pinpoint of light. Typically it will be the brightest object in the night sky (except for the Moon). It is bright enough that it can even be seen from the middle of a city!”

Brown added, “On Earth, the space station would weigh almost a million pounds.” There is even a website dedicated to spotting the station named spotthestation.nasa.gov. Brown describes the station as “a unique collaboration between different countries.”

The research they do in the space station is beneficial. Nasa’s website states, “The space station has made it possible for people to have an ongoing presence in space. Human beings have been living in space every day since the first crew arrived. The space station’s laboratories allow crew members to do research that could not be done anywhere else. This scientific research benefits people on Earth.”

The space station is moving quickly through space. Nasa’s website specifies, “It orbits Earth at an average altitude of approximately 250 miles. It travels at 17,500 mph. This means it orbits Earth every 90 minutes. NASA is using the space station to learn more about living and working in space. These lessons will make it possible to send humans farther into space than ever before.”

The first piece of the space station was launched in 1998. According to nasa.gov, “The space station has the volume of a five-bedroom house or two Boeing 747 jetliners. It is able to support a crew of six people, plus visitors. On Earth, the space station would weigh almost a million pounds. Measured from the edges of its solar arrays, the station covers the area of a football field, including the end zones. It includes laboratory modules from the United States, Russia, Japan, and Europe.”

The astronauts that call the space station home love the view.

“It should be noted that every astronaut who lived on the space station speaks of seeing our home planet from such a unique perspective and how much they appreciate Earth,” Brown said.

Skylar Knox is a seventh grade student at Fremont Middle School and a contributing reporter to The News-Review.

Learning in the Umpqua Watershed: A training opportunity for local teachers

Very nice! I was a kid in Germany in 1957, when the Soviets launched Sputnik. We were able to spot that tiny, fragile thing during its short life; and our neighbor was a Ham, so we could listen to Sputnik's ping. We've come a long way, baby.