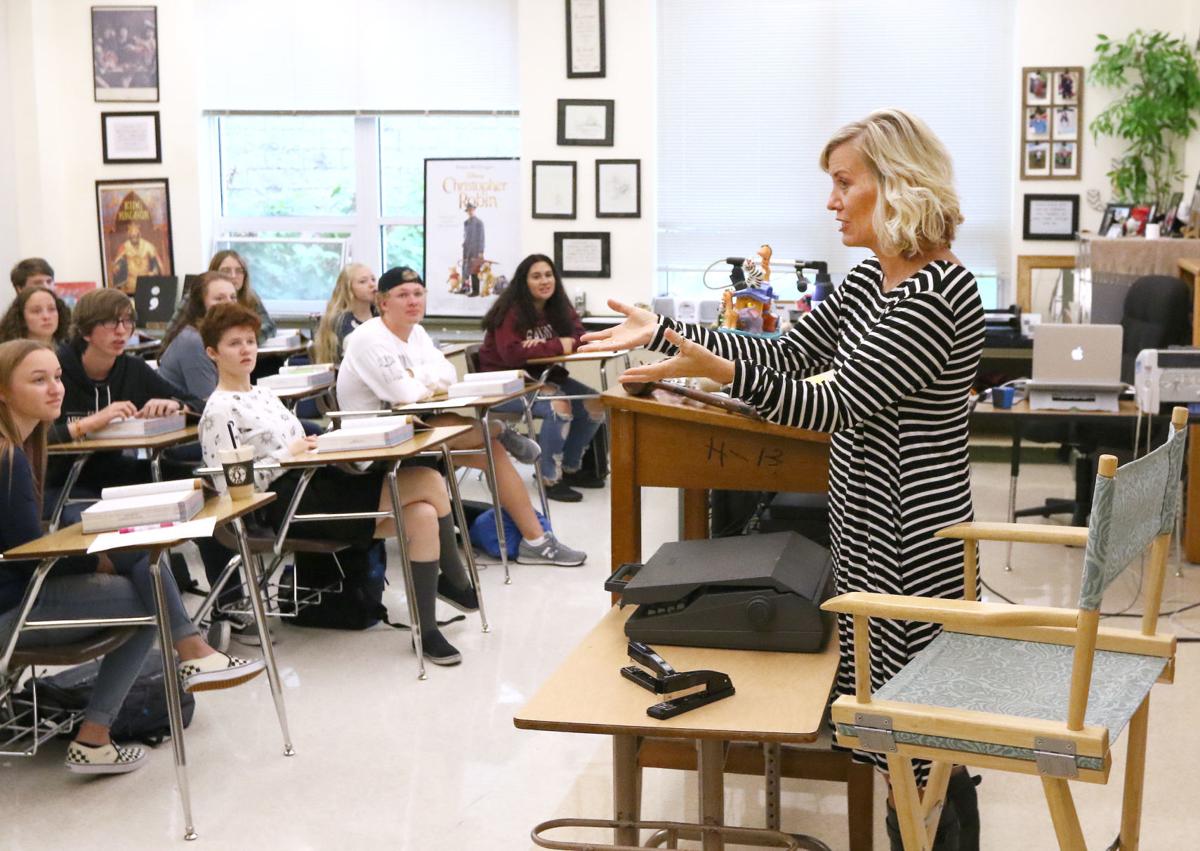 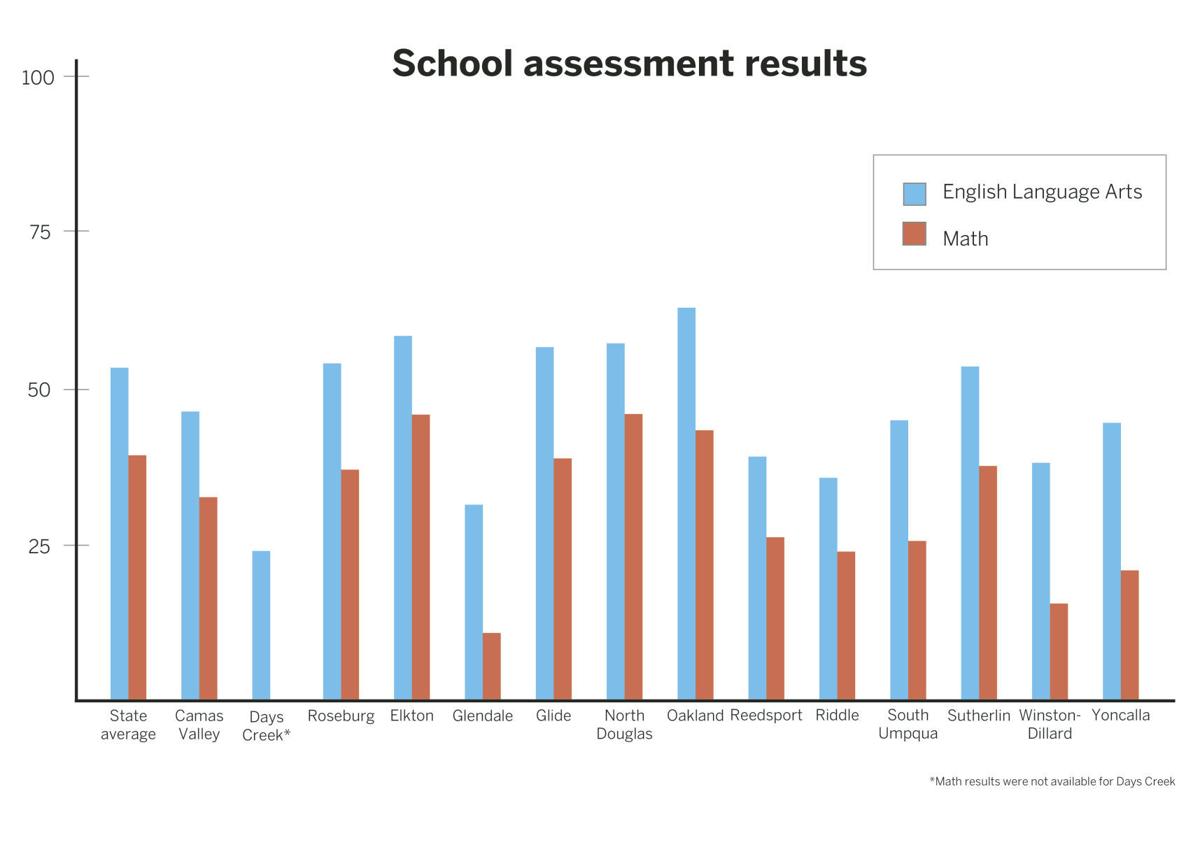 Douglas County school districts North Douglas, Elkton and Oakland scored above the state average on school assessments for English and math, according to results released Thursday by the Oregon Department of Education.

“Teachers and staff work hard to incorporate ELA (English Language Arts) and Math into other subject areas, and everyone is on board and responsible for improving test scores,” Oakland School District Superintendent Patti Lovemark said. “We focus on student engagement strategies across all grades and subject matter.”

Statewide, 39.4% of students met the state standards in English and 53.4% met the benchmarks in math, and are deemed on track to graduate by the ODE.

Roseburg Public Schools scored 37.1% on the English test and was exactly 2 percentage points lower than the statewide average in math.

Testing is done every year from third to eighth grade, and again in 11th grade, in English, math and science. The state has not yet compiled all the science data, which is expected to be released later this school year.

The assessment results are the first of several assessments released by ODE on the public schools in the state. The results from the assessments are for all students in the school district on May 1, including those with cognitive behaviors and those who recently moved into the district.

“It’s important to note that more students are participating. The higher the participation, the more data we have to identify areas of statewide need,” Oregon Department of Education Director Colt Gill said in a press release. “This data should be used to inform the state and school districts in how they target resources.”

At Roseburg, there have been several programs implemented in recent years to improve student achievement, including new language arts instructional materials in elementary schools and new math materials in secondary schools to align with state standards, a new focus on appointing English and math leaders for each building to help with professional development, adding teacher leader positions for technology and the talented and gifted program, and professional development for teachers on differentiation of instruction.

“Our goal is to be higher than the state average and to continue learning and growing,” Roseburg Public Schools Director of Teaching and Learning Michelle Knee said. “Our focus is to look at the system, so pre-K through 12th grade, and what we can do to support students socially and emotionally, as well as academically, across the system. And that everyone is talking to each other. ... They’re all of our kids, regardless of what grade they’re in.”

The most improved score was fourth grade English, where the scores rose from 43.4% to 54.7%.

High school students are only tested during their junior year. Students at Roseburg High School scored 59.8% in language arts, compared to 49.9% for eighth graders.

The school district is also working on creating an instructional framework, updating its instructional materials in math at the elementary schools.

“We have room for continuous improvement. We’re very proud of the work that our teachers, staff and students do in their classrooms every day,” Knee said. “It’s our priority to provide them with the resources they need to support student achievement.”

In Roseburg, another noteworthy improvement was the gains made by American Indian and Alaskan Native students. Last year these students scored a 4.5% in math, where this year students were at 31.8%. Students’ proficiency in English language arts went from 11.1% to 48.9%.

At the district level across the county, Oakland School District scored highest in English.

“We believe that strong reading skills are the key to all other subjects,” Lovemark said, adding the district has used the Success for All core reading program in its elementary school for more than 20 years.

“We want to celebrate the work our students and staff are doing,” North Douglas Superintendent Terry Bennett said. “We strive to be better tomorrow than we were today and we can continue to always get better.”

Days Creek had the lowest English score in the county and did not have enough students participating in math testing to get a reading. Instead, Glendale now sits at the bottom of the list, followed closely by Winston-Dillard.

“It is a clear improvement is needed in these two subject areas,” Gill said. “Thanks to the historic Student Success Act passed by lawmakers and signed by Gov. Kate Brown, we will eventually see more resources targeted to help students graduate high school, ready for college or a career.”

The Oregon Department of Education notes the assessment information is a snapshot in time, narrowly focused on two subjects taught in schools. These subjects are gateway skills, but do not describe all of the student’s skills or assets.