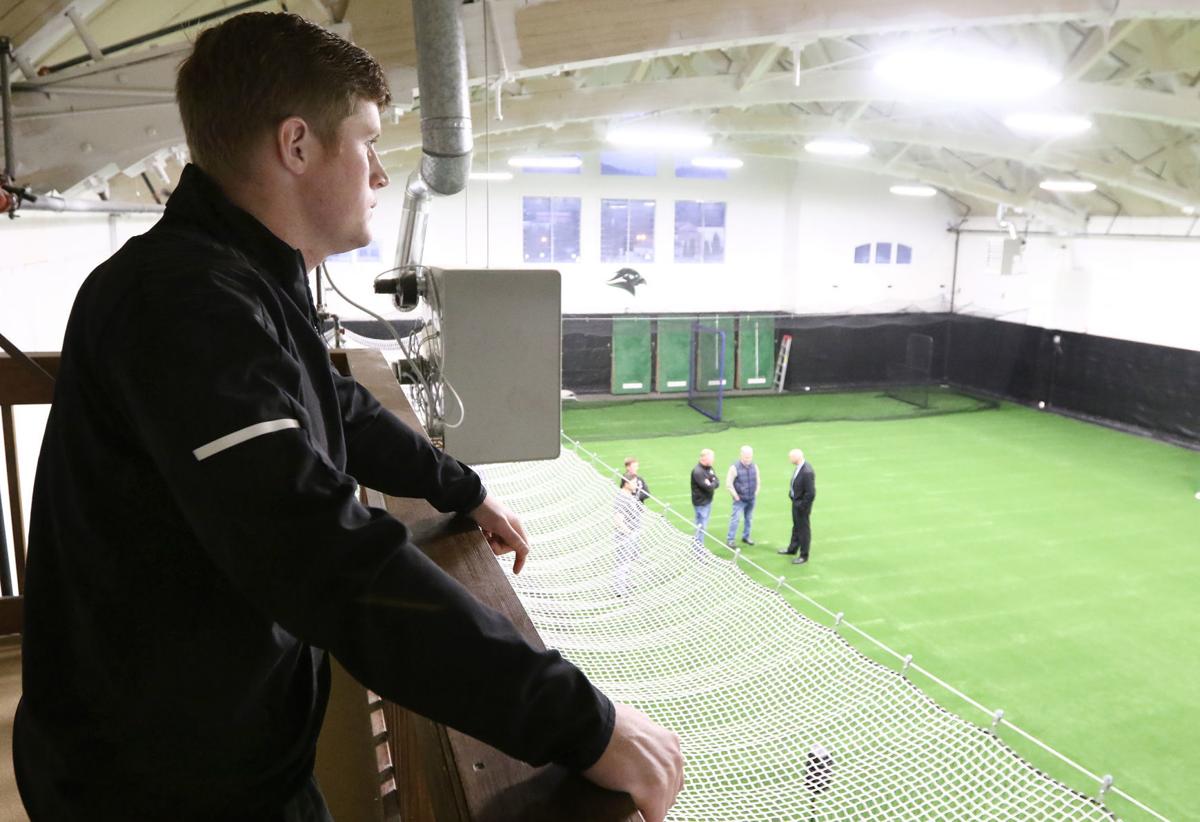 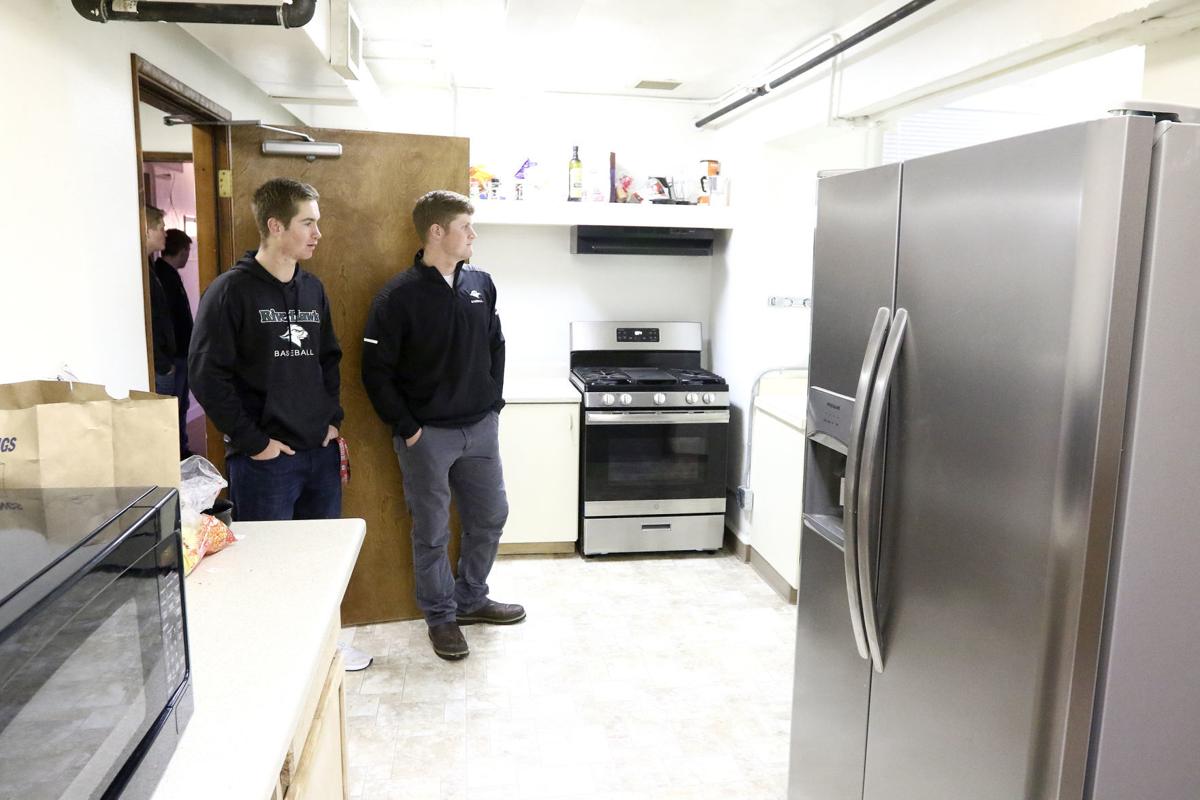 Umpqua Community College freshmen Connor Laeng, left, and Josh Robbins enter on of the kitchen areas at the Flegel Center in downtown Roseburg on Thursday during an open house event. 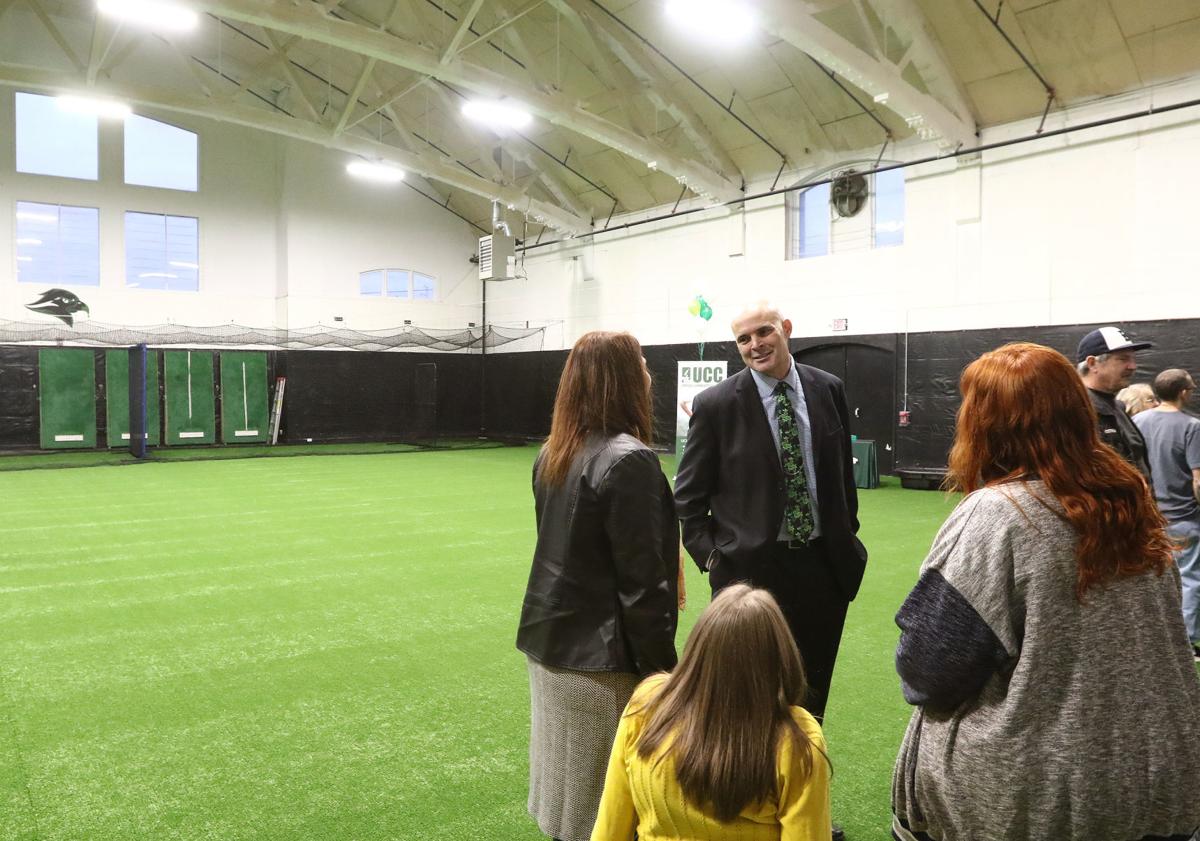 Umpqua Community College Director of Athletics Craig Jackson stands in an indoor athletic area at the Flegel Center in downtown Roseburg on Thursday during an open house event. 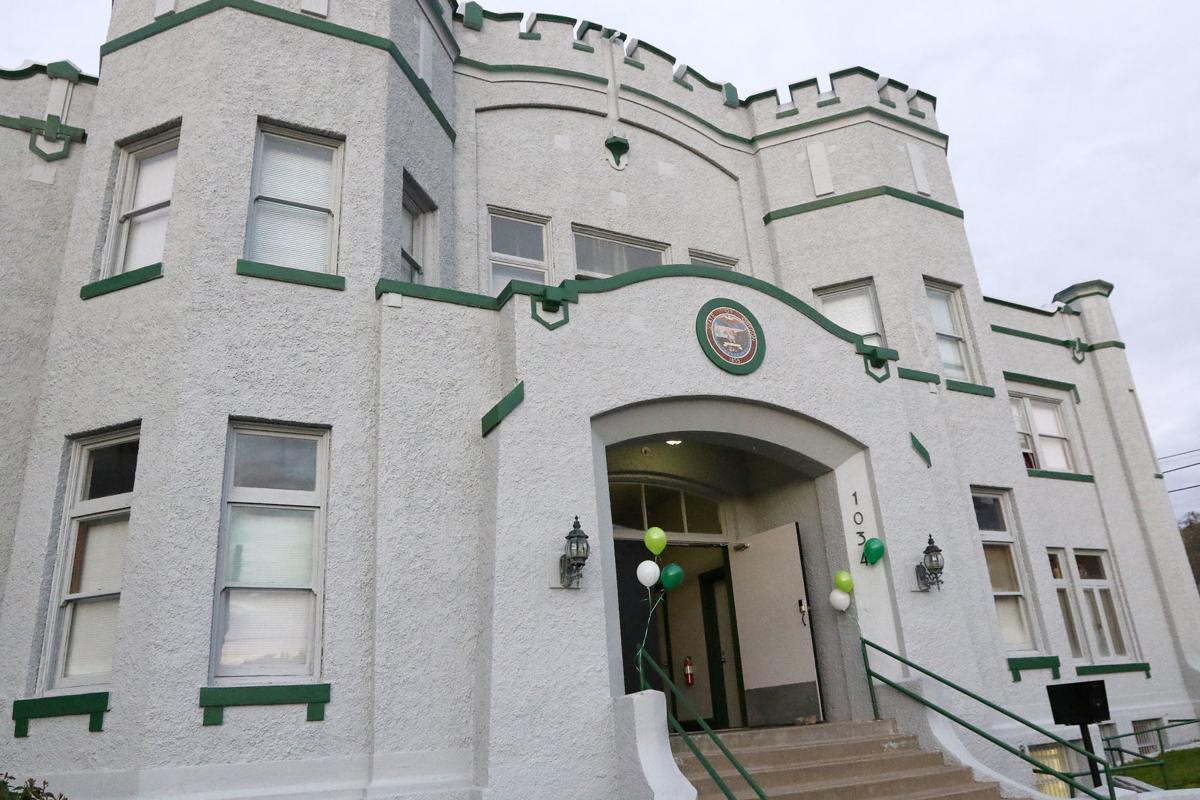 The Flegel Center in downtown Roseburg has been converted into housing for male student-athletes from Umpqua Community College. 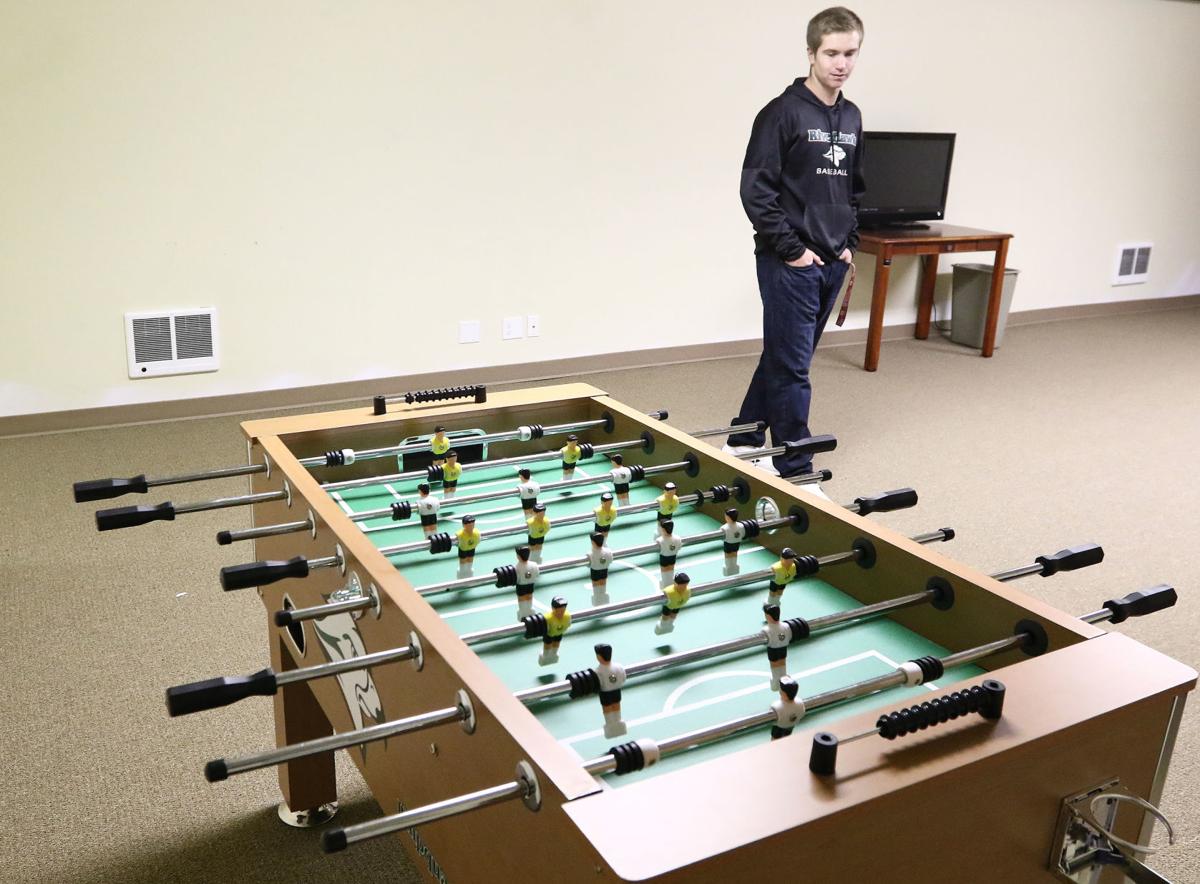 Umpqua Community College freshmen Connor Laeng, left, and Josh Robbins enter on of the kitchen areas at the Flegel Center in downtown Roseburg on Thursday during an open house event.

Umpqua Community College Director of Athletics Craig Jackson stands in an indoor athletic area at the Flegel Center in downtown Roseburg on Thursday during an open house event.

The Flegel Center in downtown Roseburg has been converted into housing for male student-athletes from Umpqua Community College.

The Umpqua Community College athletic director has spent countless hours in the past months at the former armory, getting it ready for student-athletes to move in and checking in with the young men who now live in the building.

The Flegel Center, which was used an an armory from 1914 to 1977, houses out-of-district male student-athletes from Umpqua Community College and on Thursday opened its doors to community members.

Students gave people a look into their new home by giving guided tours of the facility, and a little insight to the lives of the students who live there.

The building itself has three floors, and the main entrance opens onto the second floor — where the gymnasium is. The gym has a turf field, batting cages and workout area for the athletes.

Both upstairs and downstairs are kitchens stocked with new appliances courtesy of the UCC Foundation.

There are a number of rooms that have been transformed into bedroom, or dorm rooms, that sleep up to seven students. Many of them decorated with baseball flags, posters and bats.

Students also have several rooms available to play foosball, play video games, study or just hang out. Umpqua Community College freshman Connor Laeng, who doesn’t live in the home but comes over quite a bit, said they hope to get a pool table in one of the rooms as well.

Bathrooms downstairs were remodeled to include several showers, toilets and laundry facilities.

“It’s great being able to do laundry here. Last year we had to take our laundry over to the wrestling house,” Umpqua Community College freshman Josh Robbins said.

Last year the college rented two Airbnb homes to house students in what they referred to as a baseball house and a wrestling house.

Where do you put 100-plus athletes in Roseburg?

In all the UCC foundation provided nearly $18,000 worth of appliances to the students, according to its executive director Tiffany Coleman.

Students started moving into the building in November, after the building was deemed safe by a licensed lead-safe contractor, following concerns of lead dust found in multiple areas.

UCC has added baseball, cross country, track and field, wrestling and obstacle course racing in the past four years as part of an initiative to boost enrollment. However, the increased enrollment from students out of the area, posed challenges when it came to finding housing.

The college signed a three-year lease agreement with the owner of the Flegel Center.

Jackson and coaches on staff have been very hands-on in getting the building ready for the students.

“The day we got the key to the building, these people —our coaches— have been working non-stop, day and night, weekends and any free moments that they have to renovate this facility,” UCC board chair Steve Loosley said at a Dec. 11 board meeting. “To help from everything from demolitions to paintings to help with anything they can to help lower the improvement costs.”

Jackson was able to get furniture from a local hotel that was refurnishing.

He continues to visit the students, along with the baseball coaches, to help teach them life skills, including upkeep of the flower boxes.

The Flegel Center has a new coat of paint, and construction crews are working to get the building ready so Umpqua Community College students c…