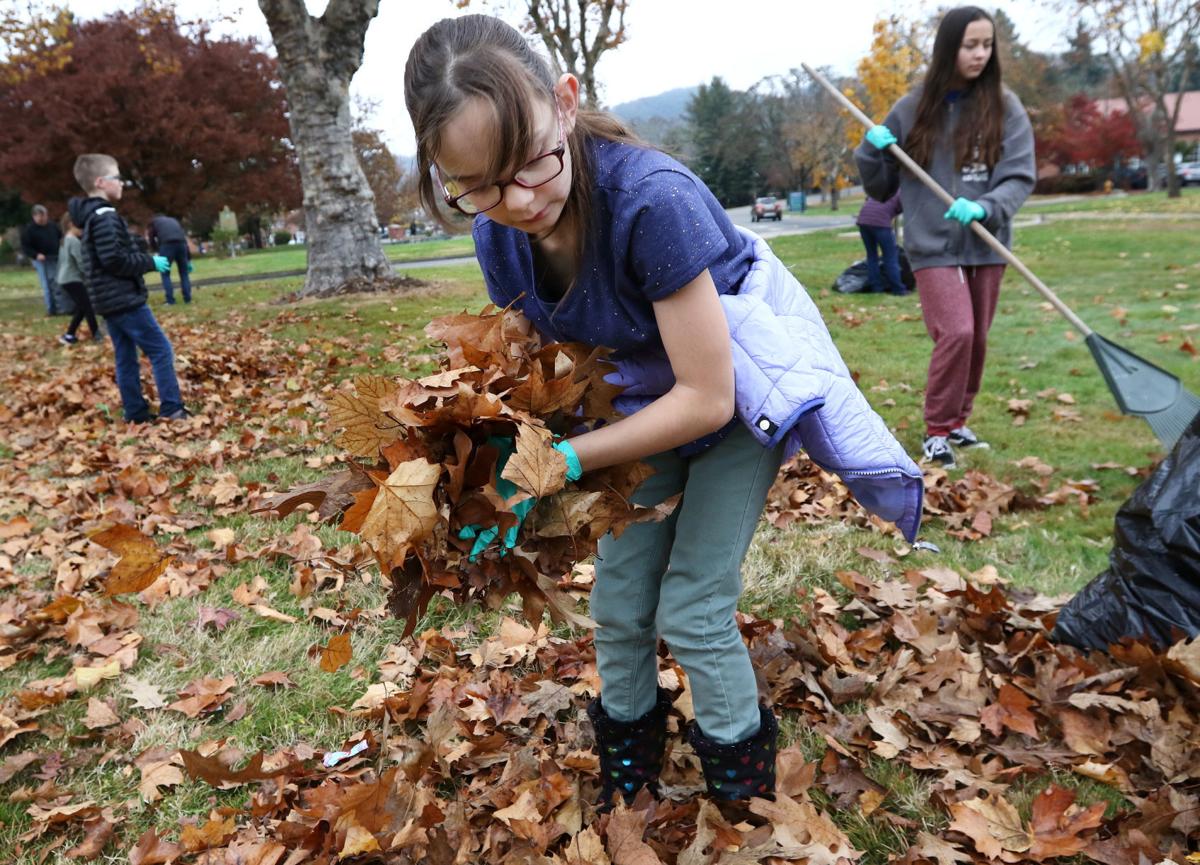 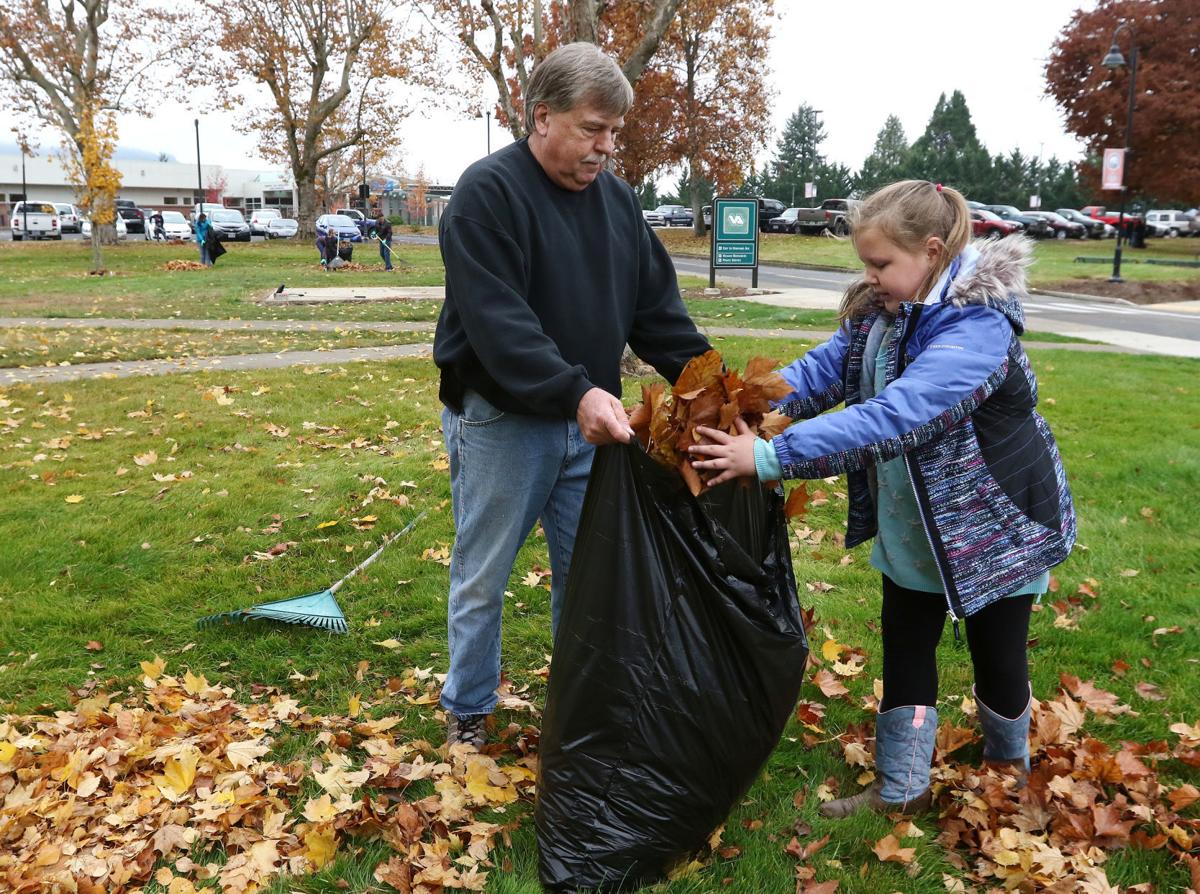 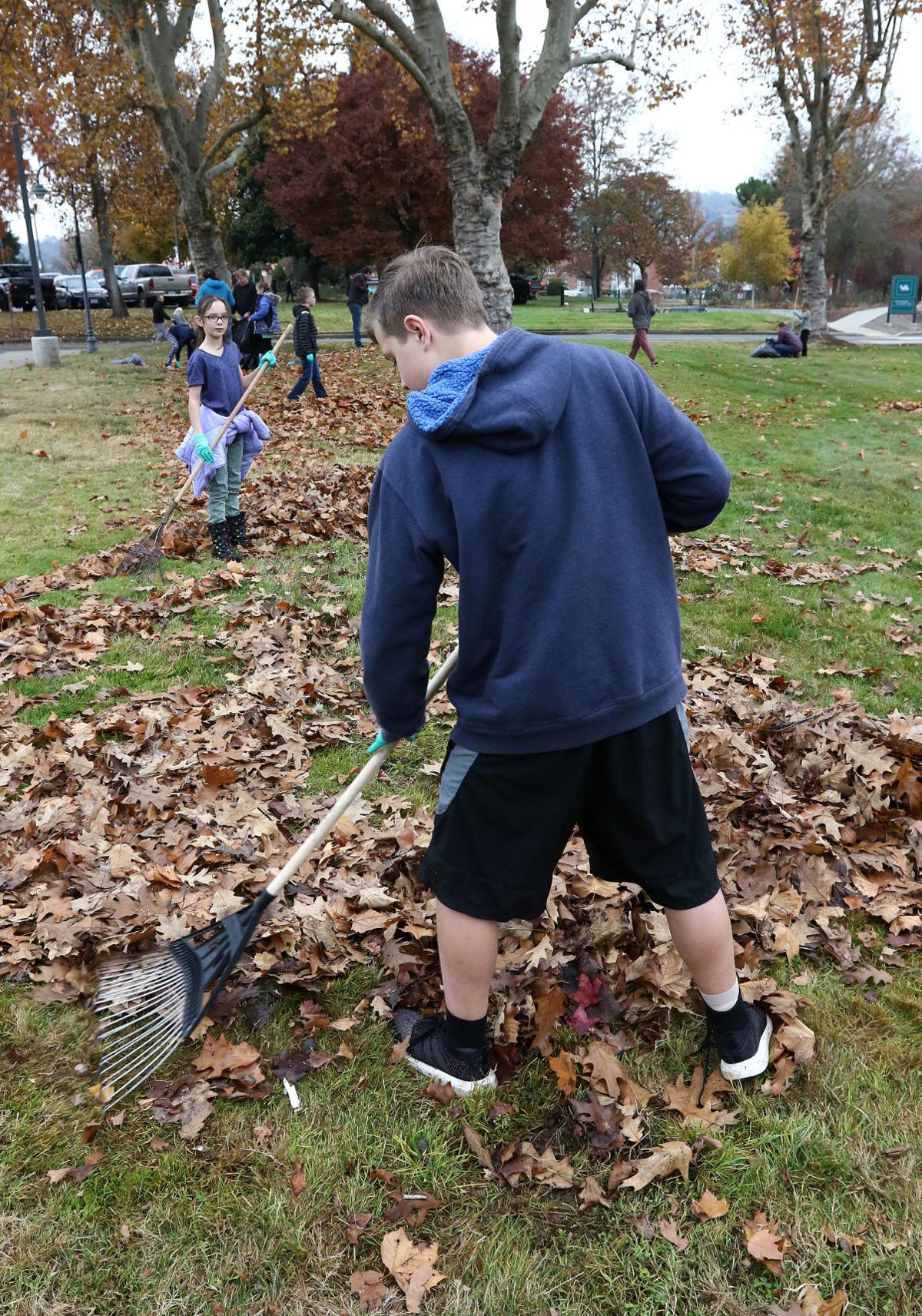 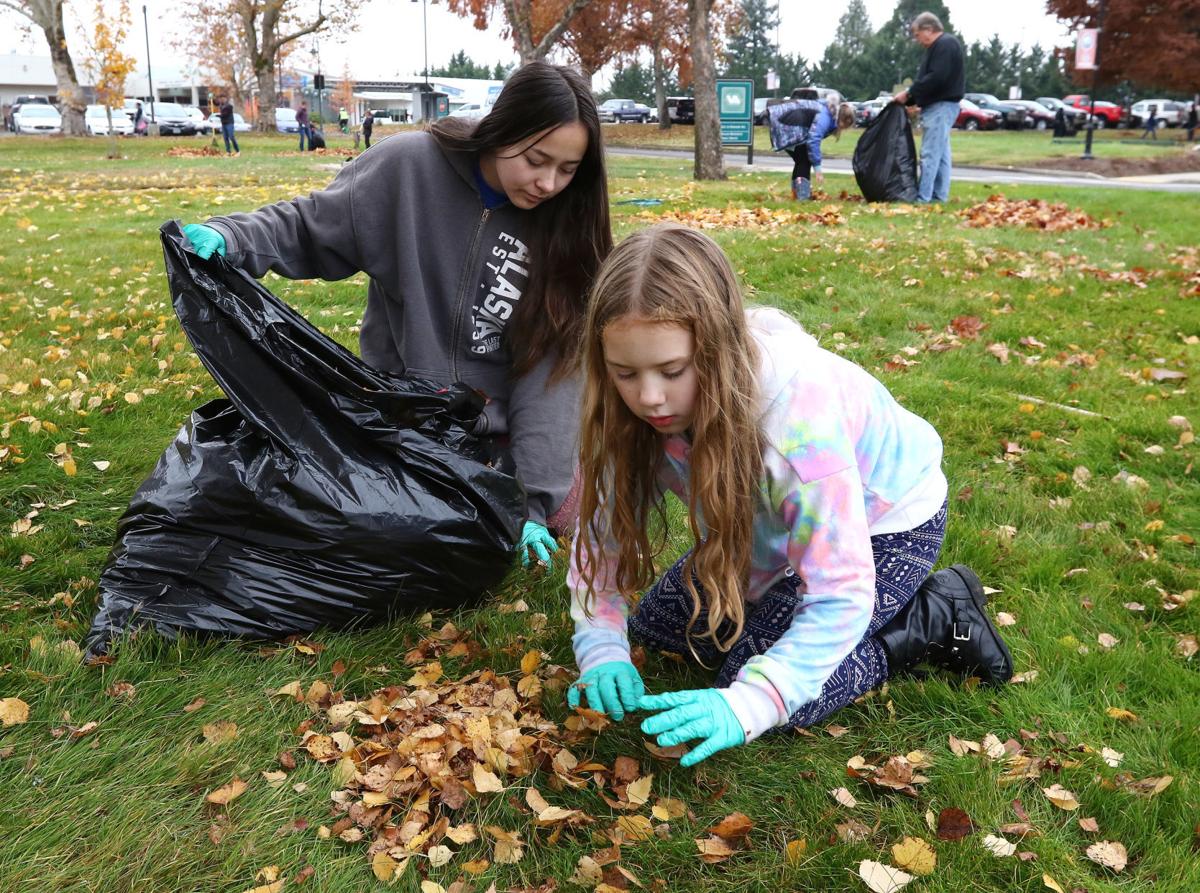 On Thursday morning, students at Roseburg Junior Academy could still feel the back-breaking work they’d done the day before.

Students from fourth through eighth grade helped rake leaves at the Roseburg Veterans Affairs Medical Center on Wednesday, along with students from Emerald Christian Academy of Eugene.

“I had to bend over to get the leaves pretty much the whole time,” fifth grader Liezl Eisenbrey said.

But despite the aching backs, the students said they’d love to go back and visit with the veterans again.

After the students raked leaves for about an hour, they went into the auditorium, where they were able to hear stories from veterans and ask questions.

“It was awesome,” teacher Andrea Jackson said. “Our students came back with some different views of what service looks like.”

Grace Jackson said she was surprised to hear that people chose to go into the Army, while Eisenbrey was stunned to hear that not that many people died.

But what they enjoyed most was hearing stories about the veterans’ childhoods.

The younger students were able to tour the facility and pass out cards and crafts to the veterans, something Roseburg Junior Academy Principal Jeff Jackson said he’d likely do in the future with the younger students at the school.