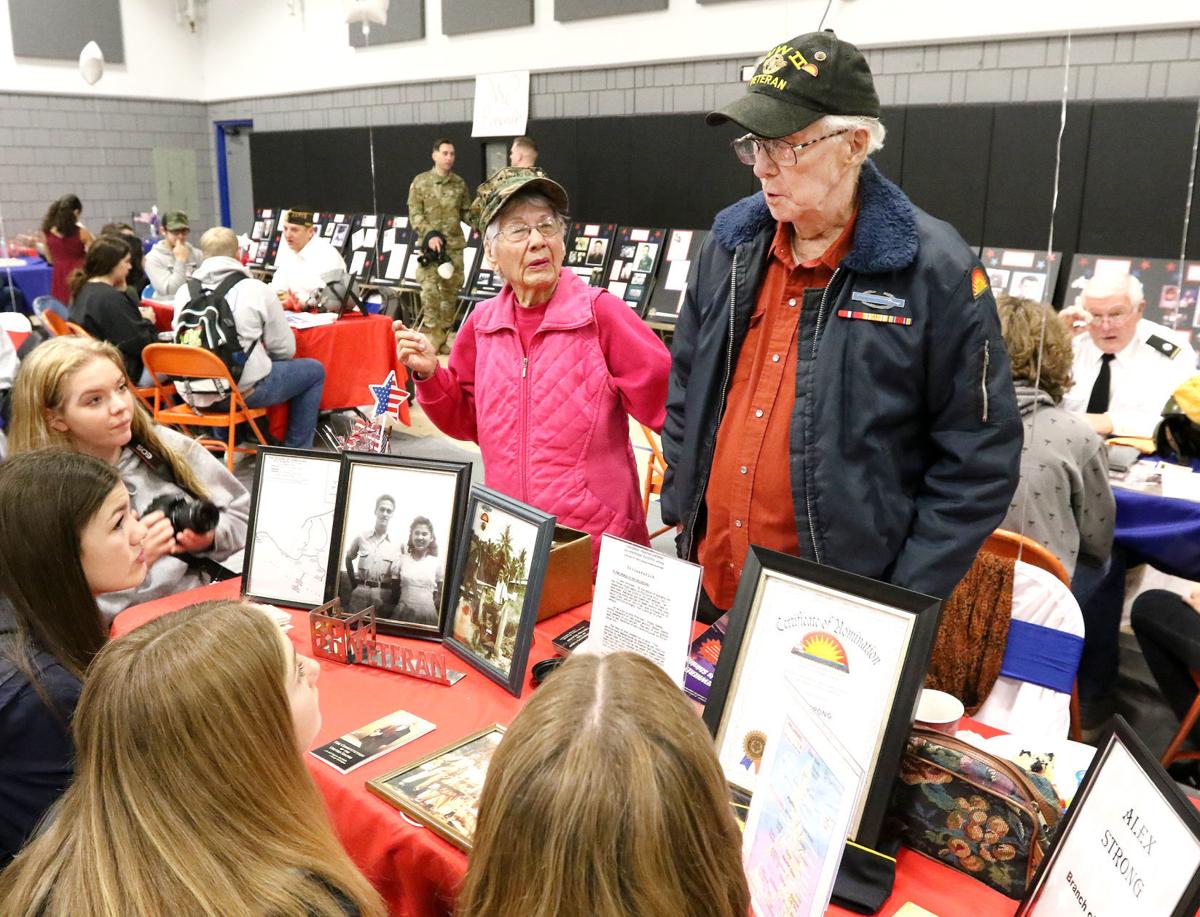 Veteran Alex Strong and his wife Norma Strong discuss their experiences in the Philippines during World War II on Thursday during Veteran Visitation Day at Sutherlin High School. 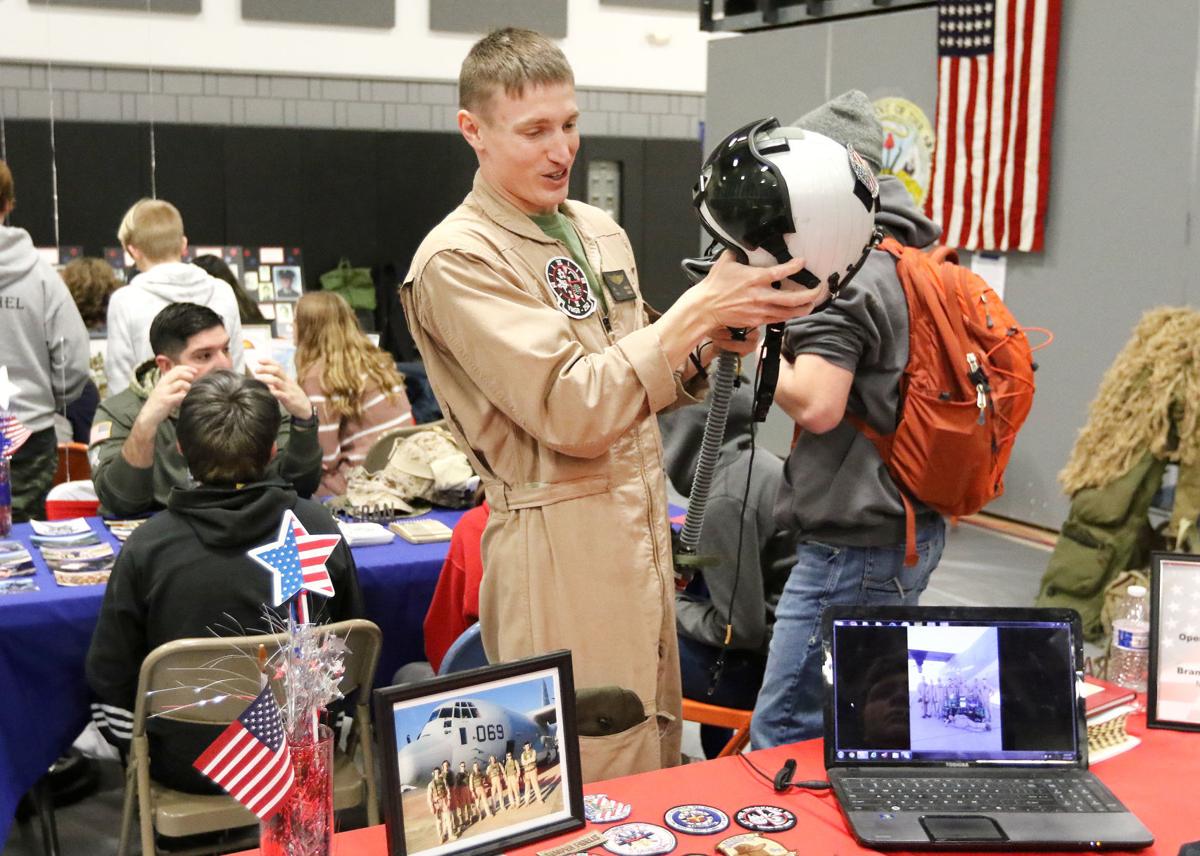 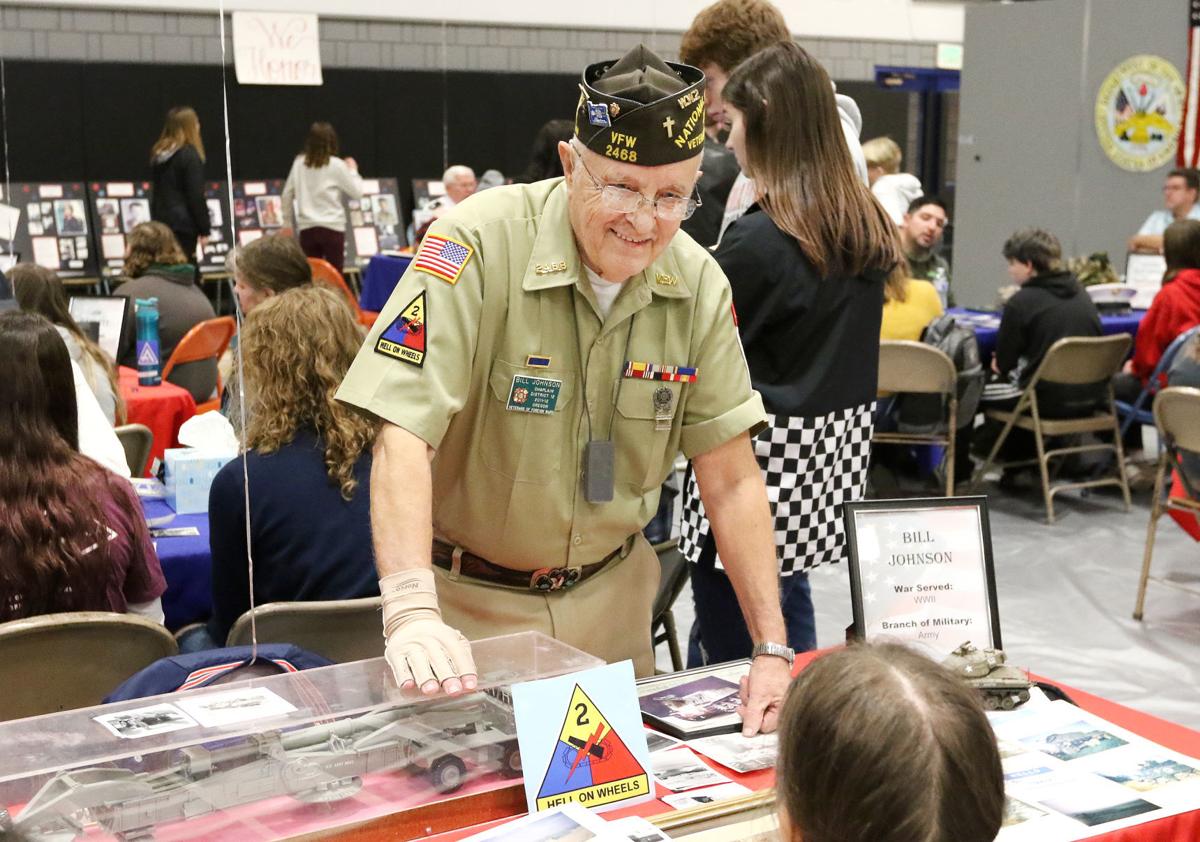 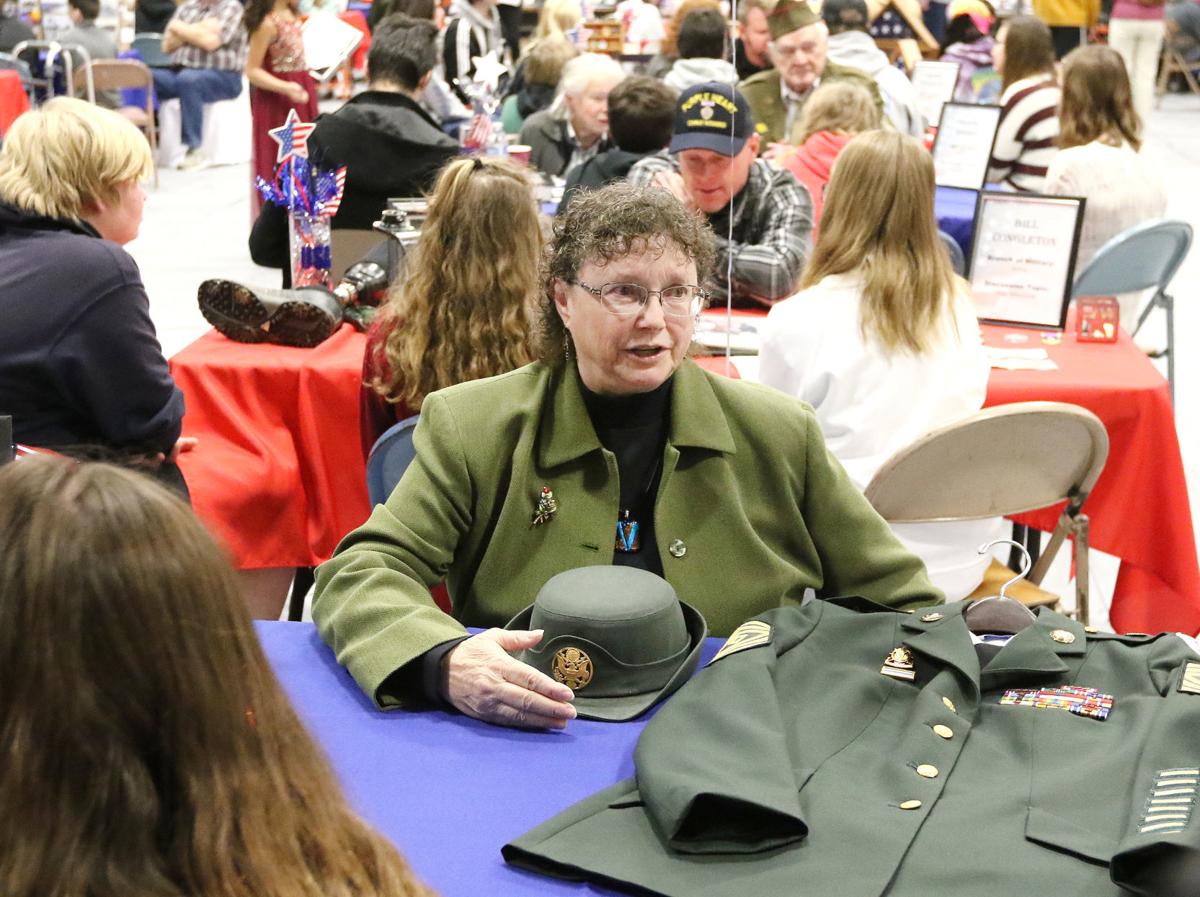 Gwendolyn Best discusses experiences from her service in the Army, Marine Corps and Air National Guard during Veteran Visitation Day at Sutherlin High School on Thursday.

Veteran Alex Strong and his wife Norma Strong discuss their experiences in the Philippines during World War II on Thursday during Veteran Visitation Day at Sutherlin High School.

Gwendolyn Best discusses experiences from her service in the Army, Marine Corps and Air National Guard during Veteran Visitation Day at Sutherlin High School on Thursday.

SUTHERLIN — Learning history in school isn’t unique, but learning that history from people who lived through it is.

Students at Sutherlin Middle School and Sutherlin High School had the opportunity Thursday to hear about America’s military history from the people who fought for their country throughout all different eras and missions.

Sutherlin High School sophomore Marissa Magana helped set up the event with the leadership class, but attended the event is in the past.

“It helps kids learn about the military and exactly how special it is,” she said.

World War II veteran Alex Strong, and his wife, Norma Strong, were among the veterans who talked with the students.

Alex Strong was born in the Philippines on the island of Basilan, the youngest of 12 children.

His father was a U.S. Navy dental surgeon in the Spanish-American war who was placed in a Japanese concentration camp during World War II.

By the time Alex Strong was 14, he joined the guerrilla movement to stop the Japanese.

“We didn’t kill anybody, but we managed to get in their way,” Alex Strong said, explaining they would blow up bridges or set homes on fire.

Norma Strong was also born in the Philippines and the two met in school when they were 15 years old and have been married for 68 years.

One day the people in town were asked to gather at the school, while Japanese soldiers were there to deliver a speech from the emperor. Soldiers came out with U.S. flags and started to tear them into pieces with bayonets.

Alex Strong and two of his friends decided to sneak into the school and get the torn flags.

“If they would’ve known, we’d be dead,” Alex Strong said. He smuggled the flags home and showed his mother.

“Oh, did she tear into me,” he said. He remembered the scolding he got, for putting his family in danger. But he also remembers what his mother did.

“The flag was spread on the bed and she was stitching it back together,” Alex Strong said. An uncle would later burn the flag, because of the danger it posed to their family.

During the war, the family had to move all the time. His brothers contacted the U.S. Navy, because they feared their small island had been bypassed.

Alex Strong kept that flag and hung it from the bleachers during Thursday’s presentation.

“It’s the kind of history you don’t get out of a book,” high school junior Sahyla Hunt said.

The Strongs handed out copies of the constitution to teach students “how lucky they are to have freedom,” Norma Strong said. Their story was just one of many students could hear.

Students would come into the gymnasium during their history, civics or social studies class and would get to visit two tables — from two different eras.

It was the sixth year Alesha Hunt had the opportunity to bring the veterans to the students to teach them about war, history, service and freedom. On Thursday, there were six World War II veterans and two Rosie the Riveters to talk about their memories.

Miguel Carrillo, who coaches various sports in Sutherlin, was among the presenters, which was a bit of a surprise to some of the students.

Alesha Hunt said Carrillo is one of several people on the Sutherlin School District staff who served in the military, but the first to speak at the event.

“It’s exciting for them to see people they know in a different light,” Alesha Hunt said. “We have quite a few staff members who served.”

Other veterans implored the students to pick up the gear members of the armed forces carry around and make the experience more active.

“It really gives them a new perspective,” Alesha Hunt said.

The gymnasium was decorated in red, white and blue with patriotic messages such as “We don’t know them all, but we owe them all” hanging on the wall.

Before students got a chance to talk one-on-one with the veterans, they took part in an assembly.

Veterans were given a token of appreciation made by the career and technical education department; a candle holder with the word veterans in metal.

The entire student body sang the national anthem during the presentation of the colors, when it became clear the person who was asked to sing was not at school.