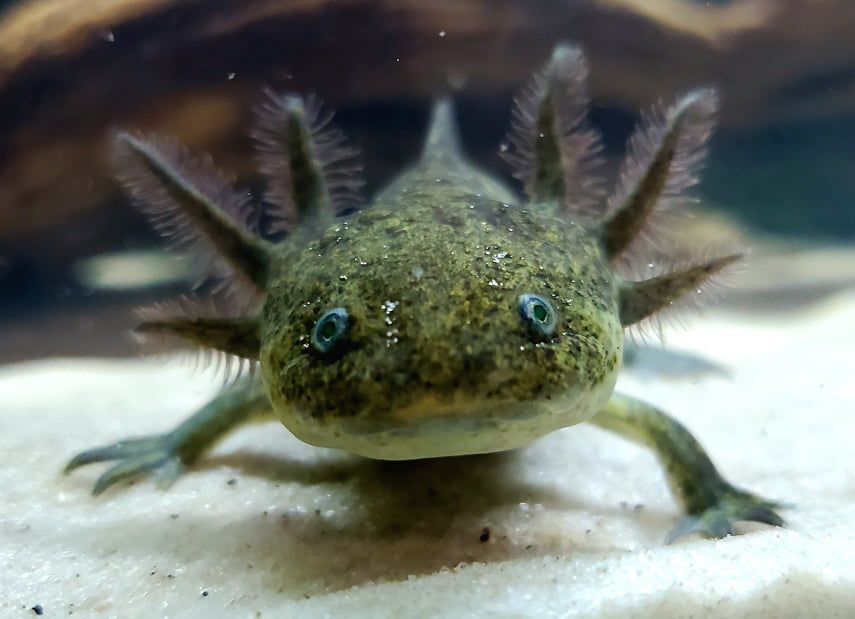 Loki, a wild type axolotl, stares through the glass of his aquarium on Thursday. 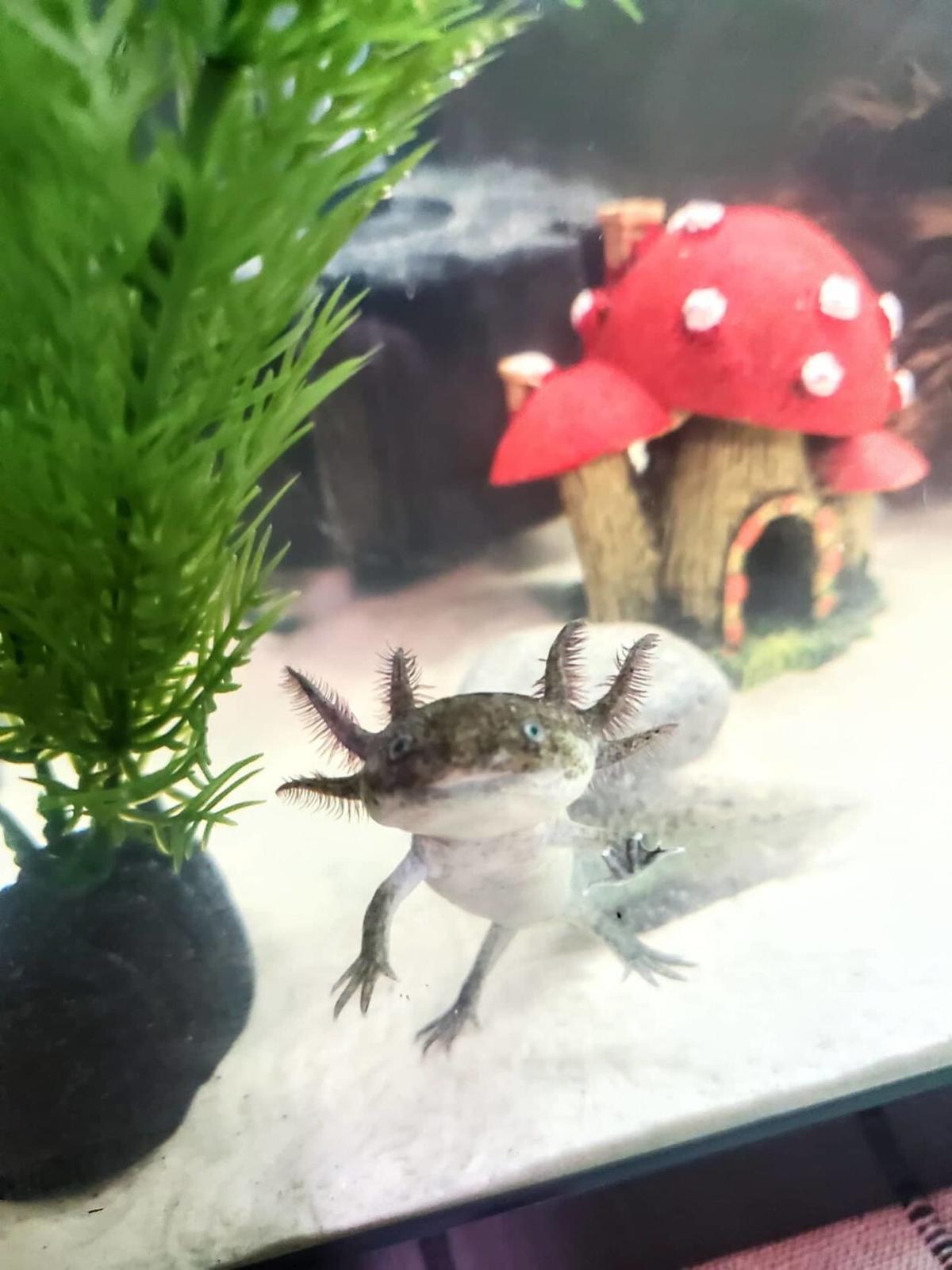 Loki, a wild type axolotl, climbs against the glass on Thursday. 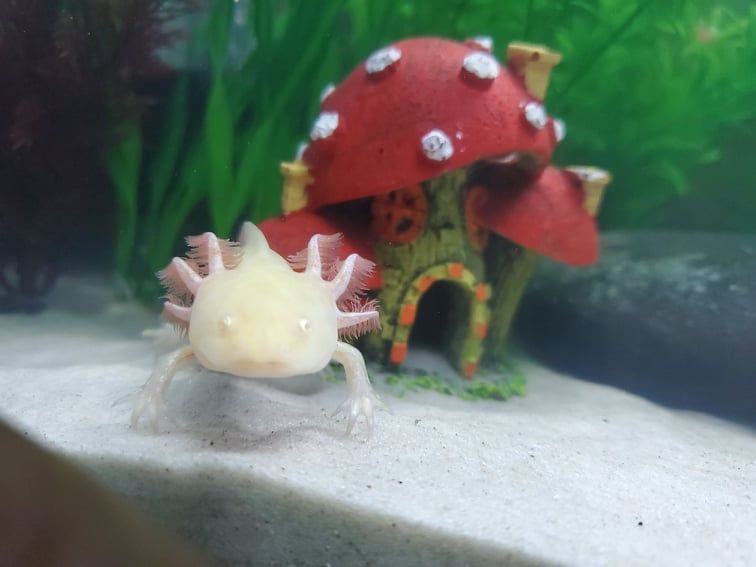 Thor, a golden albino axolotl, relaxes in his tank on Thursday.

Thor, left, and Loki sitting nose to nose in their tank on Thursday. 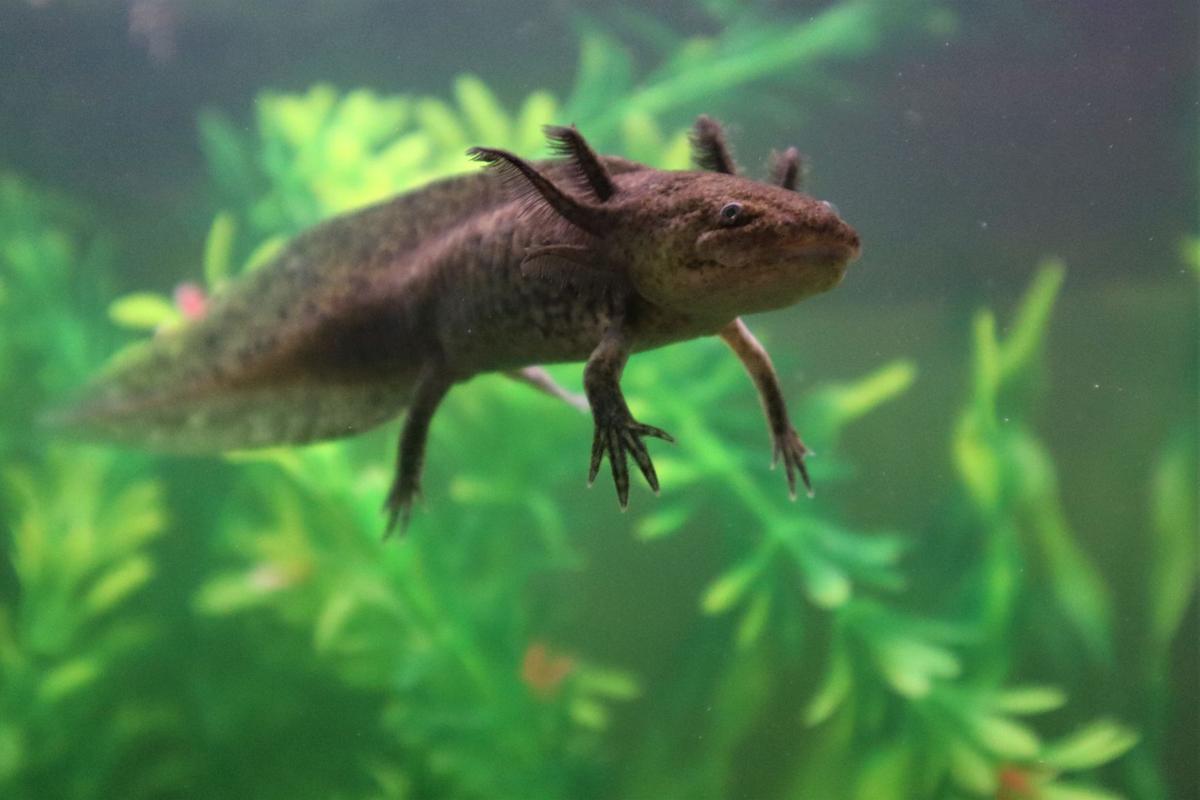 Loki, a wild type axolotl, swims around his enclosure on Thursday.

Loki, a wild type axolotl, stares through the glass of his aquarium on Thursday.

Loki, a wild type axolotl, climbs against the glass on Thursday.

Thor, a golden albino axolotl, relaxes in his tank on Thursday.

Thor, left, and Loki sitting nose to nose in their tank on Thursday.

Loki, a wild type axolotl, swims around his enclosure on Thursday.

Axolotls are amazing creatures. If they lose a body part, it usually grows back.

Rosemary Whitney has been an axolotl breeder for one year. “What is an axolotl?” you may be asking. Well, Whitney knows all about them.

“Axolotls are an endangered species of salamander that are native to only a single lake in Mexico,” Whitney said.

But unlike the salamander, axolotls never lose the frilly gills on their heads and remain water-dwelling their entire lives.

There are not many axolotls left in the wild. Due to pollution in their natural habitat, it is estimated that there are less than 300 left in the wild. Fortunately, over 150 years ago axolotls caught the interest of research scientists and they have been bred and kept in the scientific community for decades.

“Because of their usefulness in research, these frilly little guys still exist today and have even made a place for themselves in the pet trade as well,” Whitney said.

“As far as keeping an axolotl goes, having the proper tank setup is a must,” Whitney said. “They are bottom dwellers, so the more space and places to explore at the bottom of the tank, the better.

“They love hides and toys, and I have even seen some people put underwater hammocks in their tanks. Since they are native to coldwater lakes, it is imperative that their water is kept as cool and calm as possible. Although they can stand higher temperatures, temperatures above 70 degrees can make them really stressed and lower their immune system, making them more prone to fungus and disease.”

Axolotls often do better in their own aquariums.

“Some people try to add axolotls to an aquarium they already have set up,” Whitney said. “This can be dangerous for all critters involved. Axolotls will try to eat anything they can fit in their mouths, so gravel, snails, and fish are not safe, and fish will often think an axolotl’s frilly gills look yummy.”

If you are thinking about getting an axolotl as a pet, here are five things that Whitney suggested to keep an axolotl happy and healthy:

There is lots to discover about axolotls. “Thanks to science, we still are able to learn about these amazing creatures. With a little research and effort, we can take them home, too. There is a thriving axolotl community in the Seattle and Portland areas, and they are starting to become more available in Southern Oregon,” Whitney said.

“The axolotl population is growing and people are becoming more interested in them as pets,” she said. “Their expressive faces, perpetual smiles, and frilly gills won me over the first time I saw one and I think they make fantastic pets.

“While they do have some unique needs, their care is relatively easy and they are so much more interactive than other aquatic pets,” she said. “They learn to recognize their owners and can even learn some tricks.”

If you are interested in purchasing an axolotl, you can go to Atlantis Pet Store.

Skylar Knox is an incoming eighth grader at Fremont Middle School in Roseburg and a contributing reporter to The News-Review.