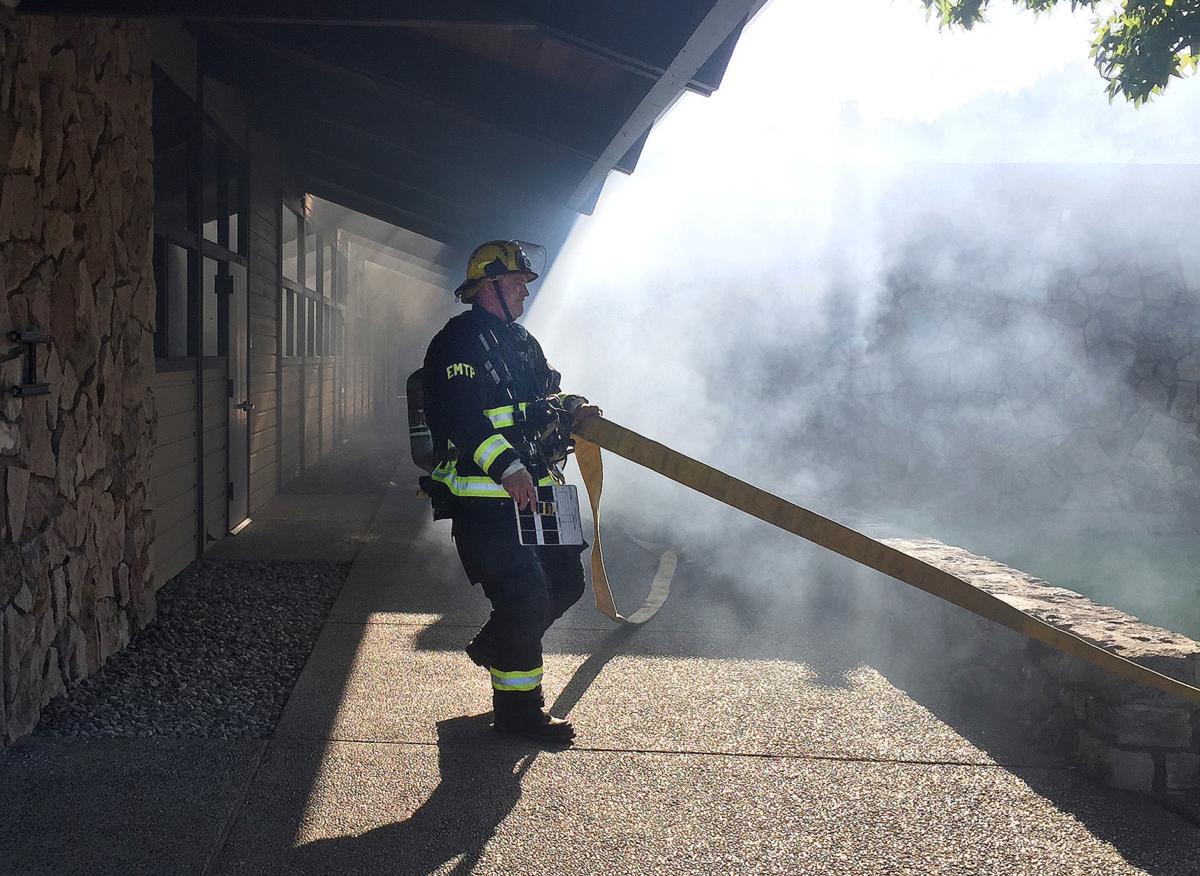 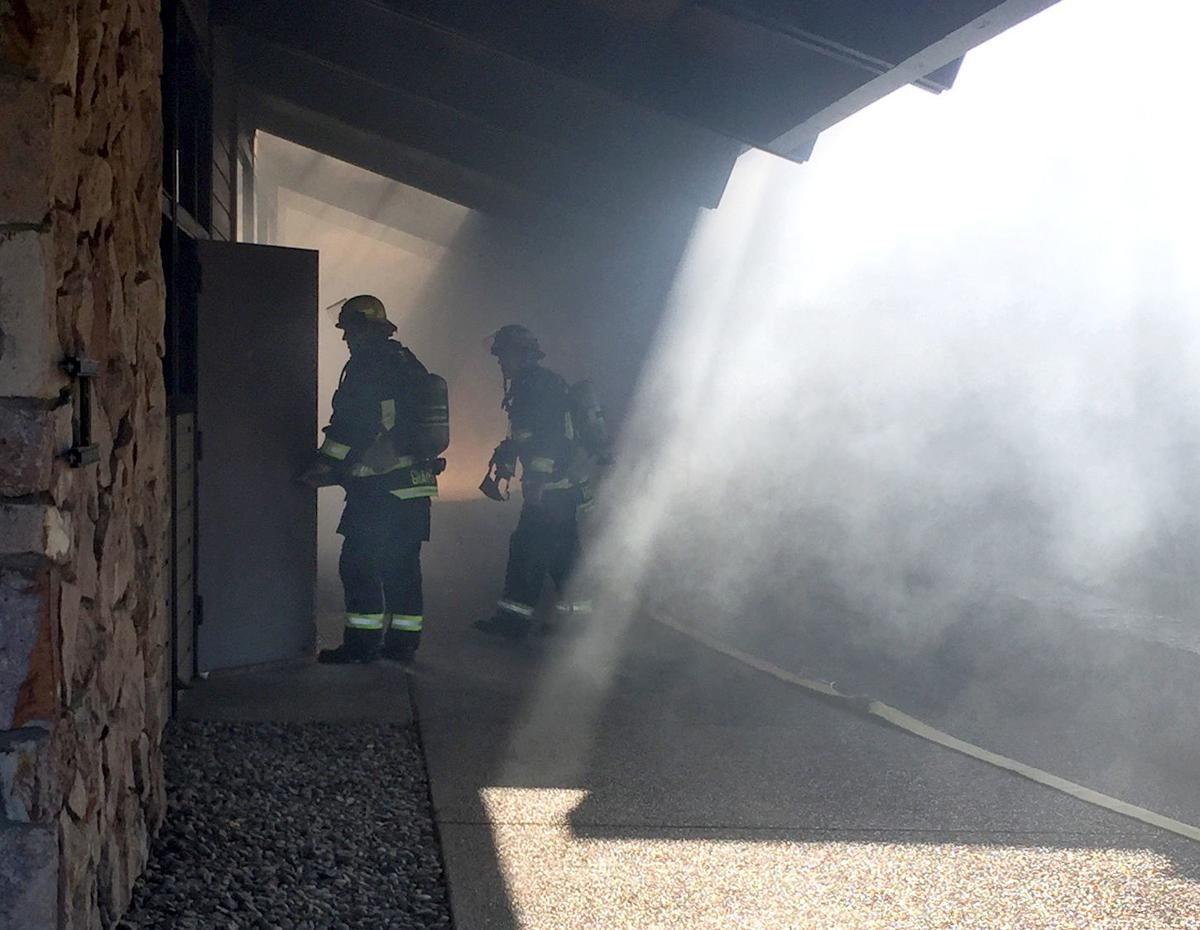 Firefighters check the classrooms in the community workforce training building at Umpqua Community College as part of an emergency drill on campus Thursday. 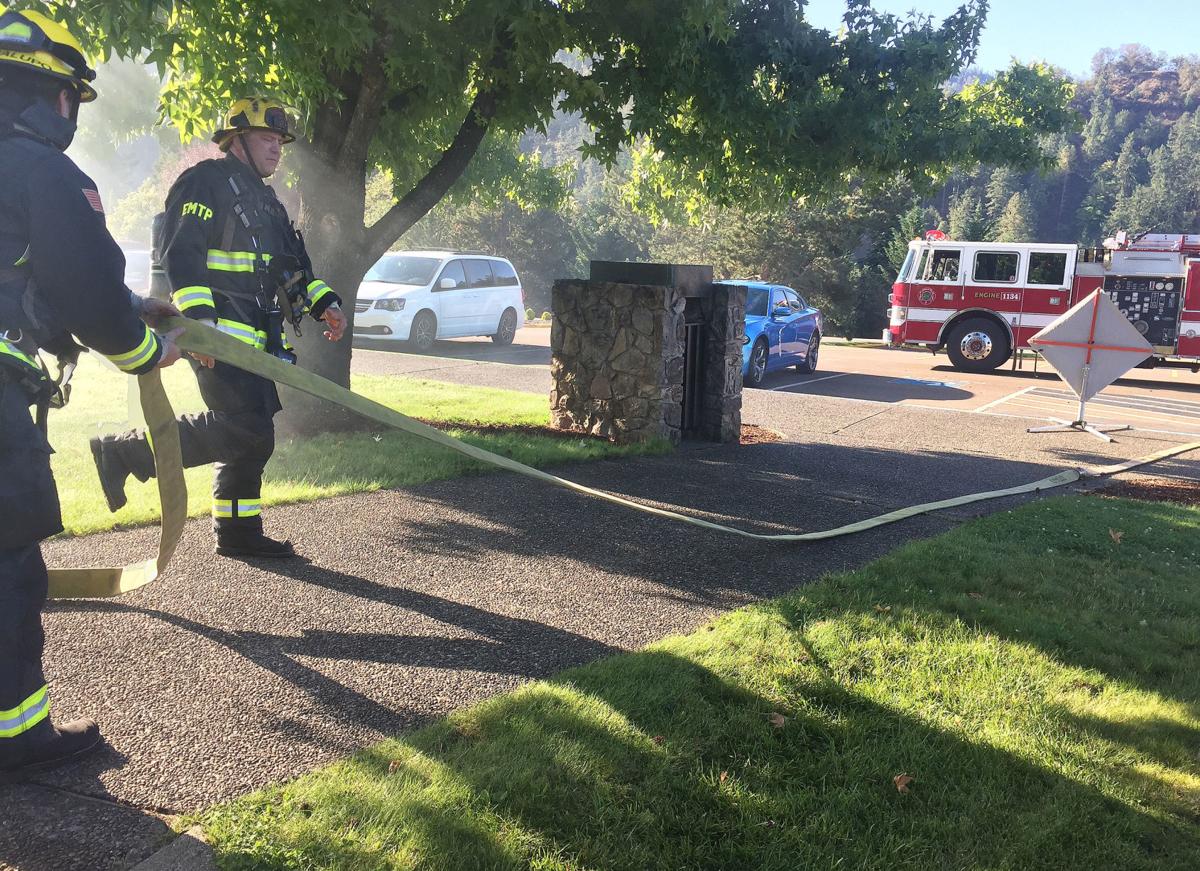 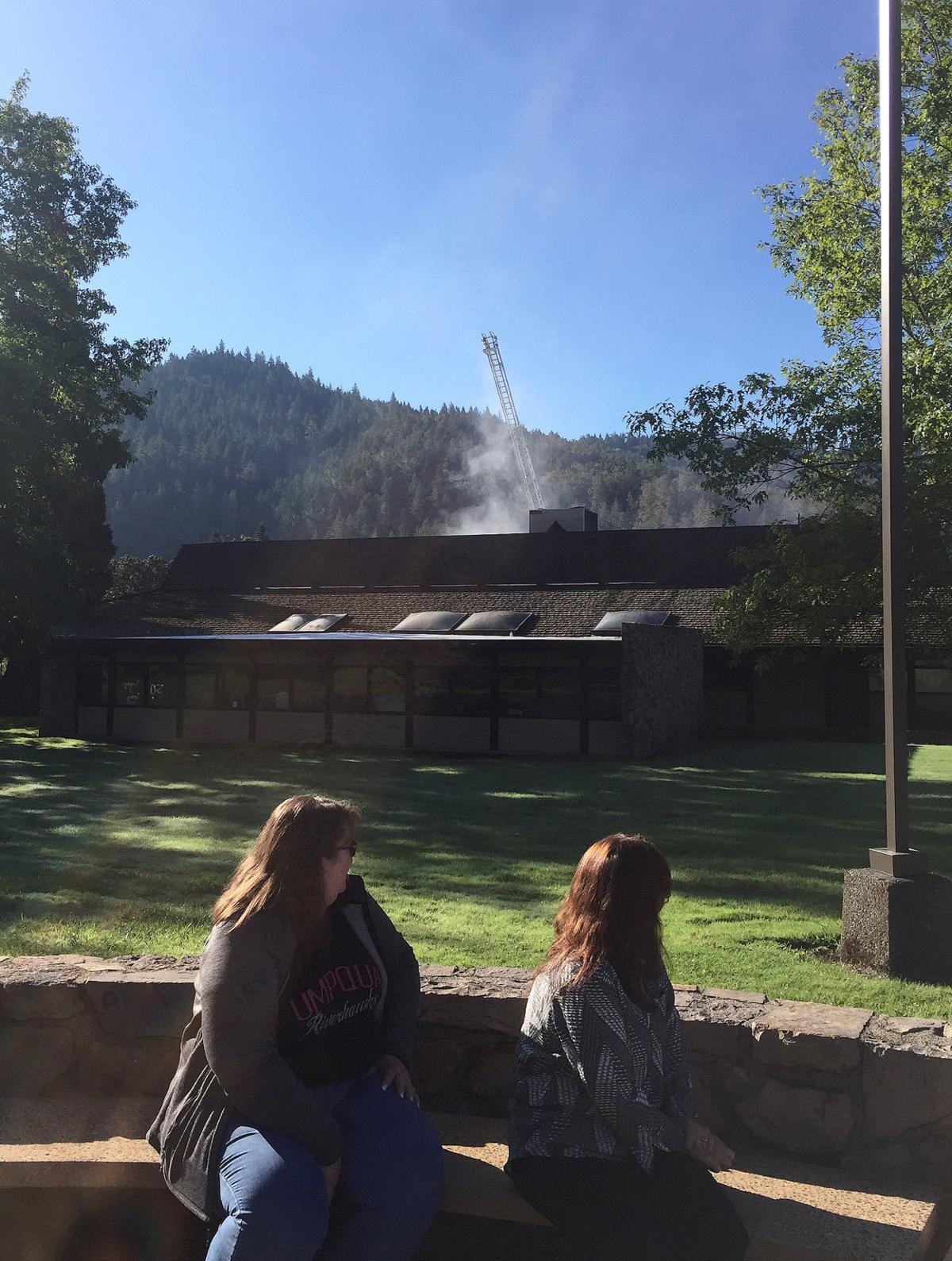 Umpqua Community College staff look on from the fountain while Douglas County Fire District No. 2 participate in training. UCC staff were evacuated to the fountain during the drill.

Firefighters check the classrooms in the community workforce training building at Umpqua Community College as part of an emergency drill on campus Thursday.

Umpqua Community College staff look on from the fountain while Douglas County Fire District No. 2 participate in training. UCC staff were evacuated to the fountain during the drill.

WINCHESTER — A fire alarm went off in the community workforce training building at 9 a.m. Thursday on the Umpqua Community College campus.

“Preparation is key to emergency management at UCC,” UCC Director of Facilities and Security Jess Miller said. “Repetition in training will better prepare us for real emergencies, both large and small.”

Thursday’s scenario was a fire in the community workforce training building that burned the south side of the building and sent eight people to the hospital with injuries that were not life-threatening, according UCC Director of Communications & Marketing Tiffany Coleman.

Coleman set up a press conference outside the building after the fire was extinguished. She was in the emergency operations center during the fire to serve as the public information officer.

Smoke remains in the attic and the building was deemed unusable, according to Coleman. The college plans to relocate classes.

The building also houses the operating systems for the heating and air conditioning of Tapòyta Hall, which will be down.

With the exception of the eight students who were transported to the hospital, all other staff and students gathered at the reunification zone in the back of the parking lot.

UCC Chief of Security Brian Sanders and a security guard remained on the scene at all times. Sanders would call Miller with updates.

Text alerts were sent out through the college’s alert system.

Douglas County Fire District No. 2 was on campus within two minutes with the first truck, while two more followed within ten minutes.

“We want to make this a bigger incident,” Douglas County Fire District No. 2 Batallion Chief Scott Richardson said about the drill. “It’s pretty realistic for us. Anytime we do training it’s an opportunity to learn.”

Both UCC and the fire department went over the scenario afterwards to critique.

“It went good for the most part,” Richardson said.

“I was proud of our team. The process was taken very seriously and assignments are aligned wll with the skill sets within the plan,” Miller said.

“We will continue to provide training and increasing out relationships within the community.”

During the drill, smoke machines were set up in the building to create the illusion of a real fire and immediate danger.

“We’ve had fire drills, but nothing like this,” Administrative Secretary for Community Workforce Training Lynne Smith said.

Staff in the career workforce training building evacuated to the fountain instead of the parking lot.

“We don’t want to clog our parking lot, because of emergency vehicles coming in,” Sanders said.

Susan Neeman, the coordinator for personal enrichment, tech and continuing education, grabbed the safety bag out of a co-workers office before making her way to the ...

“Building monitors have to grab the safety bag and make sure doors are shut and everybody’s out,” Neeman said. The building monitor for the building, however, was at a meeting at the time the alarm went off.

Neeman said she didn’t think there was a protocol for who takes the safety bag, but there was an understanding that somebody would. Everyone in the building knows where the safety bag is located.

A similar scenario is true inside the emergency control center.

“Every position has at least one alternate with a similar skill set,” Miller said. “In the event no one is available for a specific position, each position has a comprehensive plan and check sheet to follow responsibilities and actions taken.”