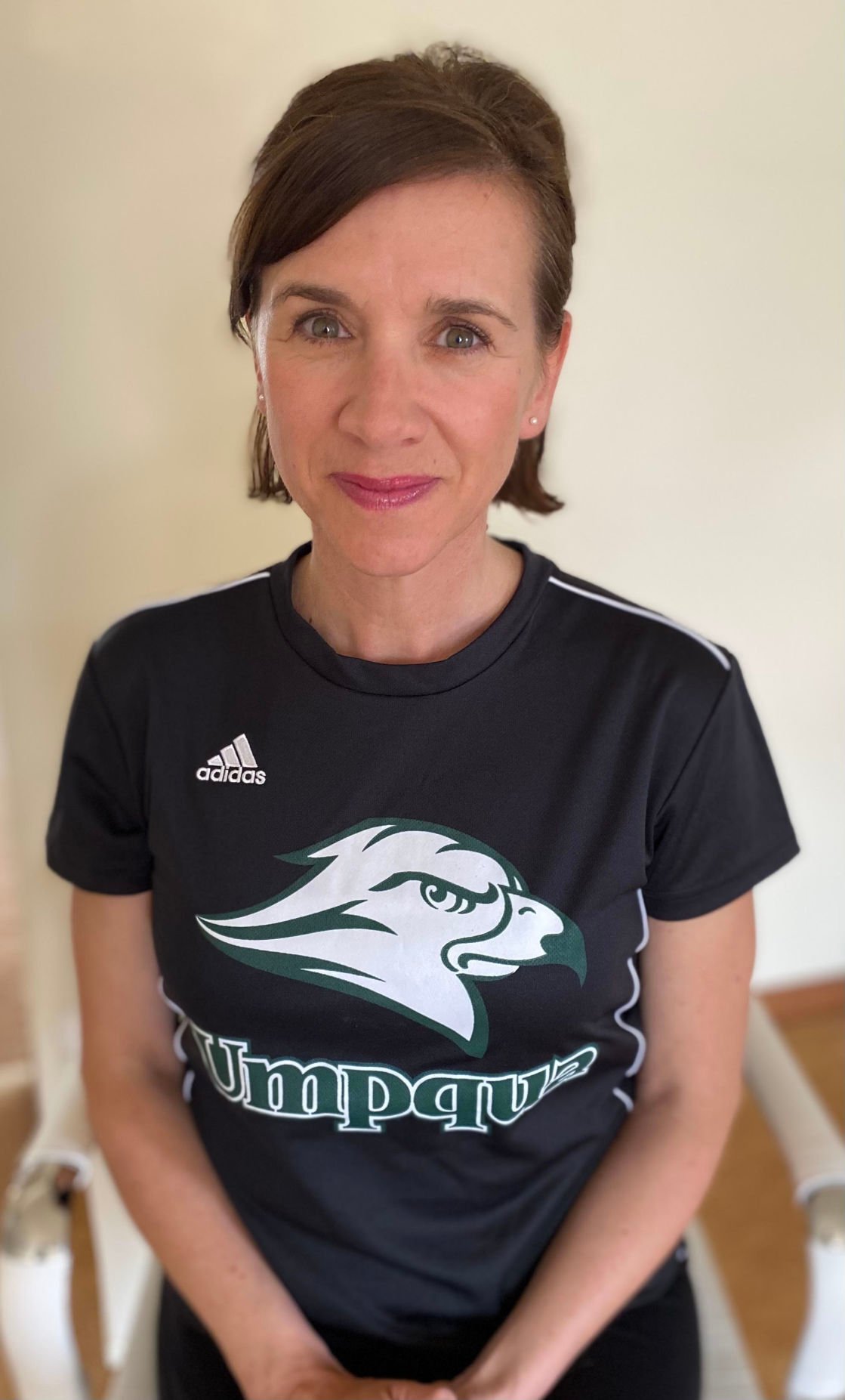 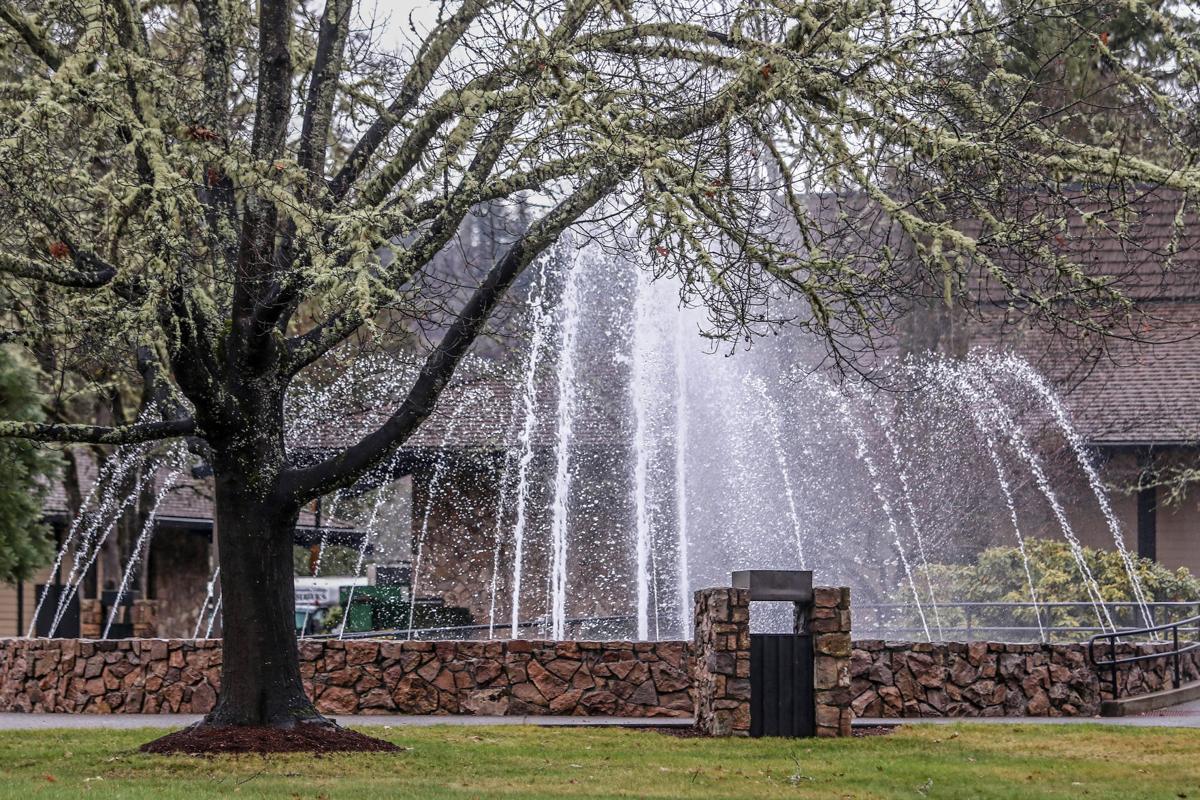 Scenes like this fountain at Umpqua Community College help make the campus an easy sell for prospective presidential candidates. 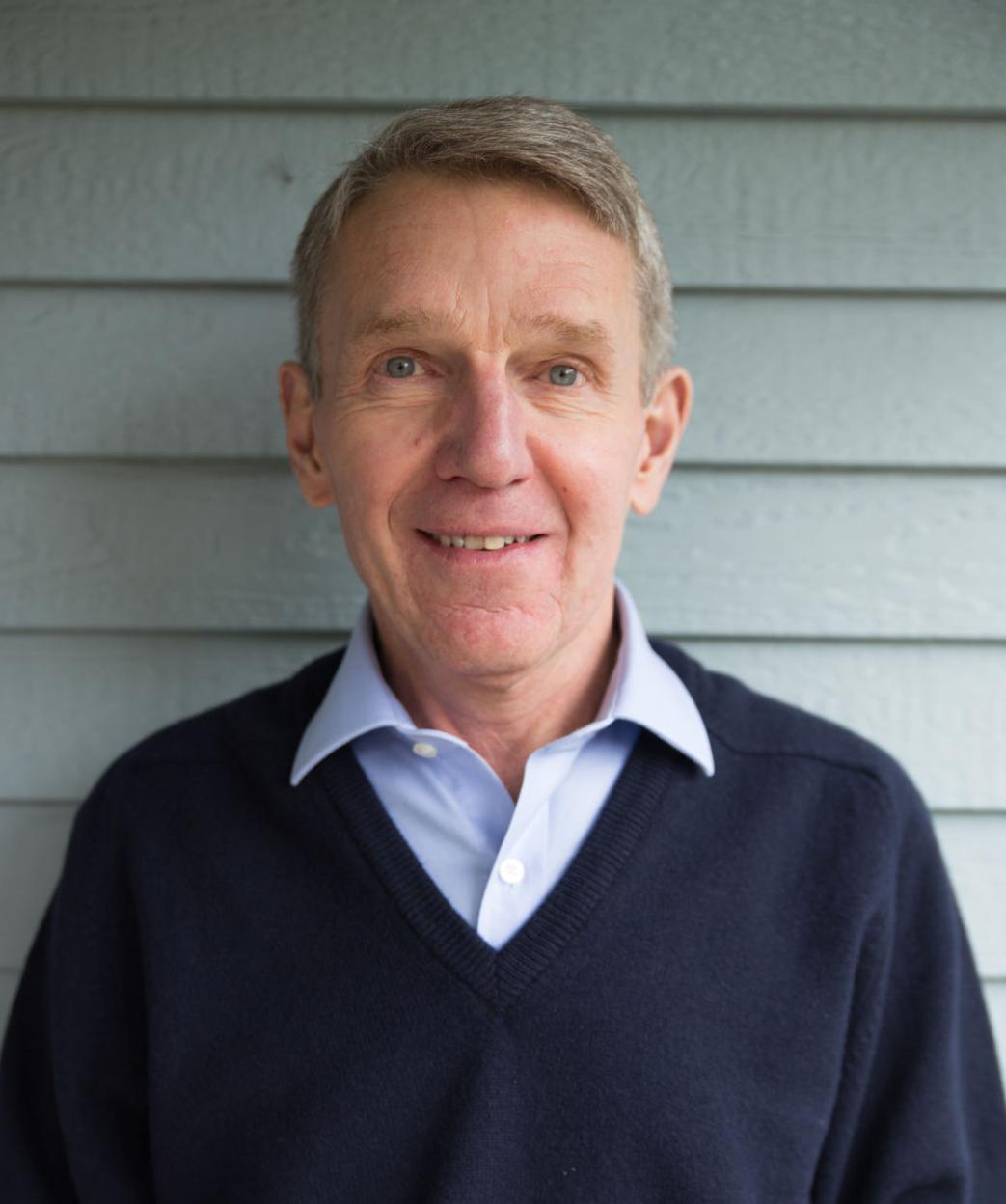 Scenes like this fountain at Umpqua Community College help make the campus an easy sell for prospective presidential candidates.

Hiring a new college president is an important task and for decades the way to do that has been with the help of a firm. That is, until earlier this school year, when Umpqua Community College’s board of education decided to do the work themselves.

In September, board chair Steve Loosley gave three reasons for conducting the search without a firm: The board will pay close attention to details, especially the feedback from the campus community; it will save the college $40,000-$80,000; and recruiting has changed dramatically due to electronic resources.

A week ago, Loosley announced that Rachel Pokrandt would become the new president of Umpqua Community College. She starts on July 1, the day after current president Debra Thatcher retires.

Pokrandt herself expressed on several occasions that it was the unique presidential profile that initially piqued her interest in the college and the community.

The board created a presidential profile with eight qualities the ideal president should possess and eight expectations of the president, as well as qualifications required for the job and a brief description of the area and college.

“We were very intentional about our wording,” board member Erica Mills said. “Some of the placement of humor, being a little bit irreverent, because we really wanted to find somebody that was going to be comfortable with taking risks like that. Somebody who was going to be able to engage with our campus community as well as the larger community on a really human level. That was, we felt, very important to be able to make the sorts of cultural changes that we think need to happen.”

According to the presidential profile, Pokrandt is expected to guide the college through its 2023 accreditation, extend relationships with the community, promote an inclusive campus climate, stay in front of trends, enhance the quality of classes and programs, lower barriers to student success and access, make data-driven decisions and have fun.

“If you Google right now and find 10 different community colleges that have presidential profiles up and you copy and paste them and do like a word cloud, you’re gonna find that they all have the same words in them, they’re just maybe rearranged a little bit differently,” Loosley said. “We intentionally did not do that. I developed one like that, they shredded it.”

Not only did the presidential profile piqued the interest of Pokrandt, but of more than 80 other applicants as well.

“It was literally made from scratch, other than the policies that are sort of required in the process, we essentially started with raw ingredients,” board member David Littlejohn said. “This was a farm to table kind of thing, this was not a ‘let’s take some prepackaged stuff and assemble it,’ it was completely homemade. Which makes it all the more rewarding.”

Because of the sheer amount of applicants — which came as a shock to all the board members — scoring rubric was developed, and approved by the board, to help narrow the search for the new president. Community members assisted the board in narrowing the search.

“The community was engaged before we even started, or agreed to do, the search process on our own rather than working through some kind of search agency,” Littlejohn said.

Loosley said he reached out to former Roseburg school board chair Joe Garcia during the summer to find out how the public school district went about finding its new superintendent, and to figure out what worked well and what didn’t.

Once the community college school board decided to conduct its own search, the board continued to involve the community — through surveys, community search committees and town halls. Throughout the process they wanted to make sure all of the community was included in the search.

“We tried to be very representative, and very aware of diversity, equity and inclusion for lots of different angles,” Littlejohn said. “But we really wanted it to reflect Roseburg, and Douglas County, and the needs of our community and the service community of the college so that was really, really important that we reached out and got all the different stakeholders and got their input and we really sort of developed the process around that outreach.”

The board conducted interviews in private with the search committee’s top choices, narrowed the search down even more and kept interviewing and researching the candidates.

By the end of March, the community college announced the three finalists who would be visiting the campus, dine with the board and meet the community in a virtual town hall.

“it was a really hard search because we had so many really, really great candidates,” Littlejohn said. “I think you reached a point when we probably could have just picked from a hat, and had a really good outcome.”

Mills was quick to point out that’s not how Pokrandt was chosen, but just a reflection on the caliber of the candidates.

“You know when you have a lot of tens, and then somebody is an eleven, you’re like ‘Wow, that’s really great,’” Littlejohn said. “We had a whole bunch of tens and Rachel is an eleven, that’s the exciting part.”

Pokrandt will be the 12th president of the community college.

Board member Doris Lathrop, who was an administrator at the college before retiring in 2007, has been involved with the hiring of at least eight of them.

“We always hired a firm to assist in writing the profile, advertising the position nationwide, narrowing down the pool of candidates, doing the reference checks, and bringing us the top three or four to interview in person and conduct the community and staff town halls,” Lathrop said. “So as you can see, by choosing to not use a firm we were choosing to dedicate a huge amount of time to the process.”

Lathrop said she was initially surprised by the other board members’ desire not to hire a professional firm, and abstained from a vote on the presidential profile for this reason. She didn’t object, but commented at the time that she was more old school and would sit back and learn.

“As the process progresses, my biggest surprise was that we were being successful with a search process that was very unique,” she said. “This could not have happened without a board chair willing to dedicate so much time to the process. Steve Loosley put his heart and soul into finding just the right person to fill the position.”

Loosley said while he helped with every part of the process, he relied on the strengths of each individual board member.

Mills added, “We each have our own strengths and we also work really well together. We’d have group meetings where we would work together simultaneously on tasks and whoever was naturally skilled at that would just sort of take the lead. I think it just kind of organically worked out really well.”

And while Lathrop wasn’t on the search committee, she was very involved in the interview process and conducted reference checks.

Every one involved in the search dedicated hundreds of hours to the process.

When asked if they had any advice for other school boards who may decided to take on the search, Mills quickly responded, “Clear your schedule.”

Finding a new president may have been a time-consuming task, but in the process the board members also found themselves creating new relationships — or building on existing ones — with other colleges, community members and each other.

“The part that really has gone along with this, by doing the work ourselves, is all these connections and friends that we’ve developed,” Loosley said. “I’ve got more friends at Colorado Mountain College than you can possibly imagine. I’m trying to figure out how to go to their graduation and meet these people I’ve talked to for endless hours on the phone. And there was one woman that dropped out fairly early on, and we’ve become friends a little bit. I recommended her for one of the Aspen Fellowship, the college president fellowships. So that part has been incredibly rewarding. Not just the outcome, but just the opportunity to meet really fabulous people.”

Littlejohn and Lathrop said they enjoyed working with their fellow board members in a different setting, and learning from each other.

“I think my favorite part was seeing board members come together and work so diligently on finding the perfect person for the position,” Lathrop said. “Board members who had not been extremely active in the past took an interest and were dedicated to the process. I saw a different side to some of them. And I have no hesitation in saying that we made the right choice by not choosing a firm. I observed and I learned from them.”

A novel approach: Umpqua Community College takes search for president in its own hands

If the Board had done this themselves some years ago, instead of farming it out, they would have saved thousands and thousands of dollars, and perhaps not had to axe courses such as Automotive and threaten the much loved and much valued Theater and Music programs that U.C.C. does which are so vital for the overall health of the community.