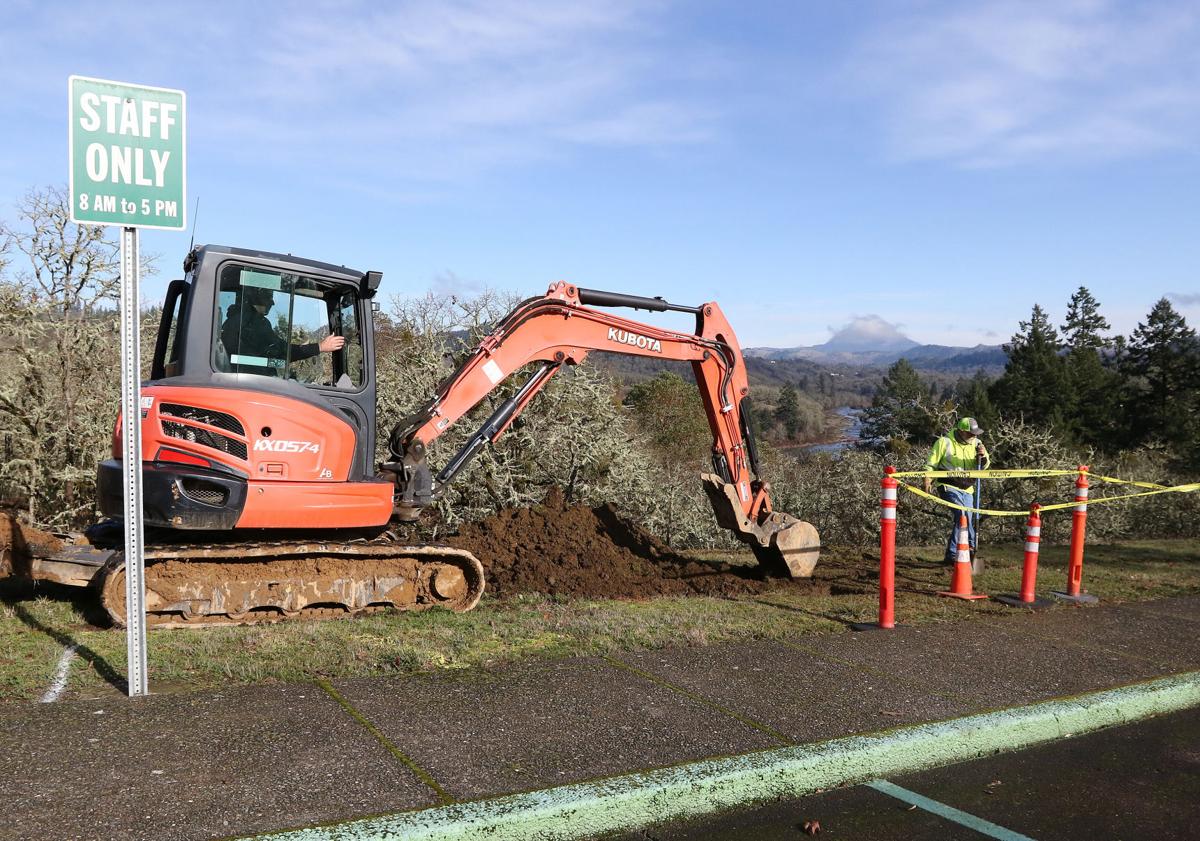 A work crew operates near a landslide at Umpqua Community College on Thursday. 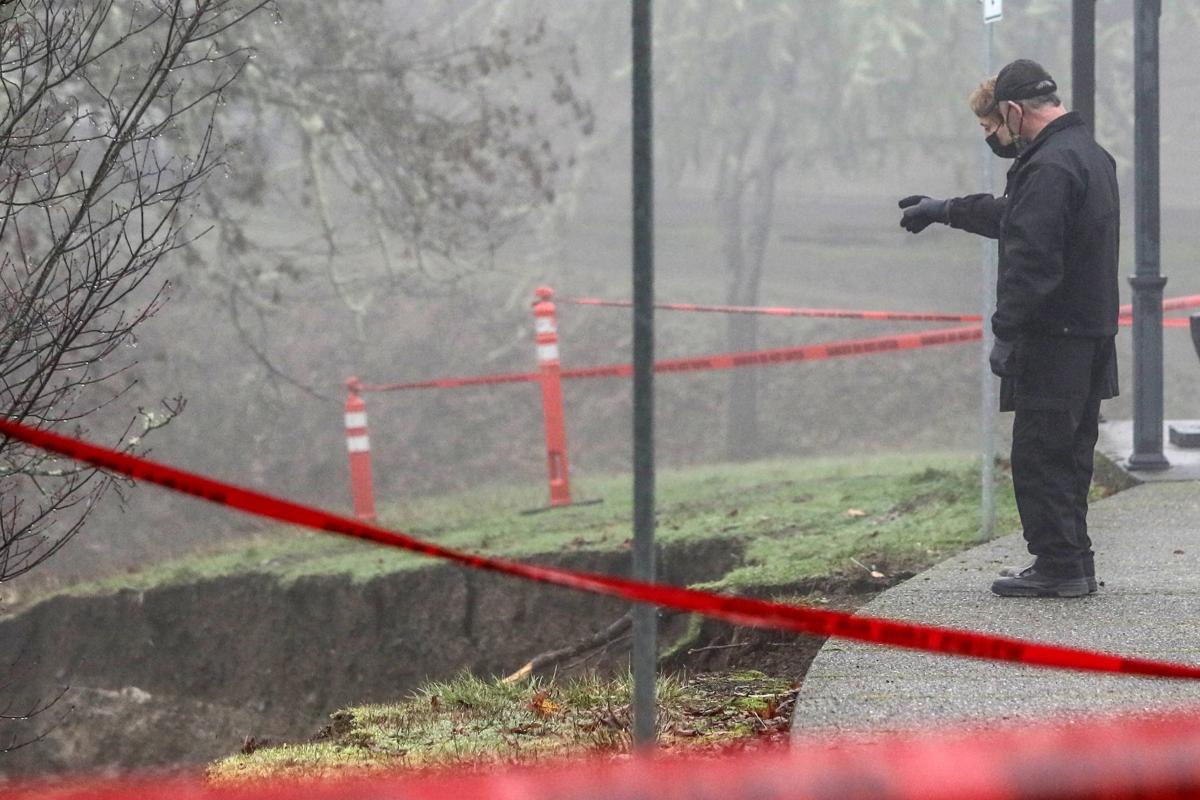 A landslide draws the attention of onlookers at Umpqua Community College in Winchester on Thursday. 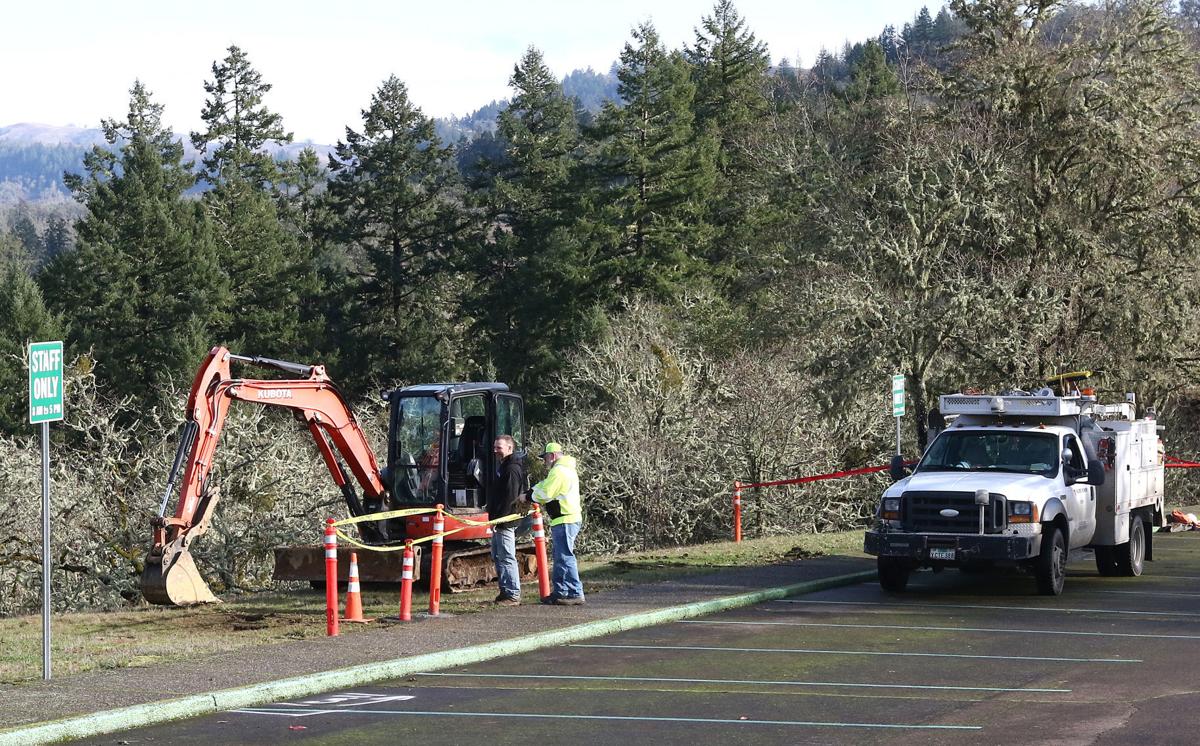 A work crew arrives to work at a landslide at Umpqua Community College on Thursday.

A work crew operates near a landslide at Umpqua Community College on Thursday.

A landslide draws the attention of onlookers at Umpqua Community College in Winchester on Thursday.

A work crew arrives to work at a landslide at Umpqua Community College on Thursday.

WINCHESTER — A leak in a water main caused a landslide on the Umpqua Community Campus that closed four buildings Thursday.

An emergency notification was sent out to the campus community just after 8 a.m. that on-campus classes in the Tech Center, Lang Center, Tower Building and Ford Family Center would be canceled for the day because there was no power to the buildings. There are no classes Friday either, as crews continue to work to restore power to the area.

By Thursday morning social media accounts from the college called it a “moderate landslide.”

Jess Miller, the director of facilities and security, said in an interview with the student newspaper, The Mainstream, that it was security guard Tony Duarte who first made the discovery.

“An inspection determined a 2-inch waterline was broken, leaking underground, and exiting out of the bank down a hill,” Coleman said.

Another waterline break in a different, nearby location, was discovered during a follow-up inspection Thursday night around 9 p.m.

Water was shut off for the night, but maintenance crews were able to dig up the waterline and make repairs early Friday morning.

The landslide at the north end of campus occurred near the parking lot between the Tech Center and the athletic buildings. A waterline and underground power line were damaged.

Miller told The Mainstream that water had been restored to most buildings.

Power should be restored in the area within the next 24 hours, according to Pacific Power spokesperson Drew Hanson. Hanson added that there will be a temporary overhead line, while the bank is rebuilt. Once the bank is rebuilt, a new underground line will be installed.

Most classes at the community college are currently being held virtually, due to COVID-19. However, some classes are held in-person — specifically those that require students to get hands-on experience.

The Ford Family Center currently houses Maple Corner Montessori, which offers child care and elementary school classes. The school did not respond to a voicemail left by The News-Review asking when the school would reopen.

Coleman said the Maple Corner Montessori director was notified before 7:30 a.m. Thursday about the power outage, but that the school is not included in UCC’s emergency notification system because it is independent from the college.

Umpqua Community College’s board of directors officially declared a landslide that occurred on campus as an emergency Wednesday, which will al…

On-campus classes in UCC's Tech Center, Lang Center, Tower Building, and Ford Family Center are canceled today (Jan. 7). A water main leak caused a moderate landslide on the campus' north end. Crews are working to restore power in this area. All other campus areas are unaffected.