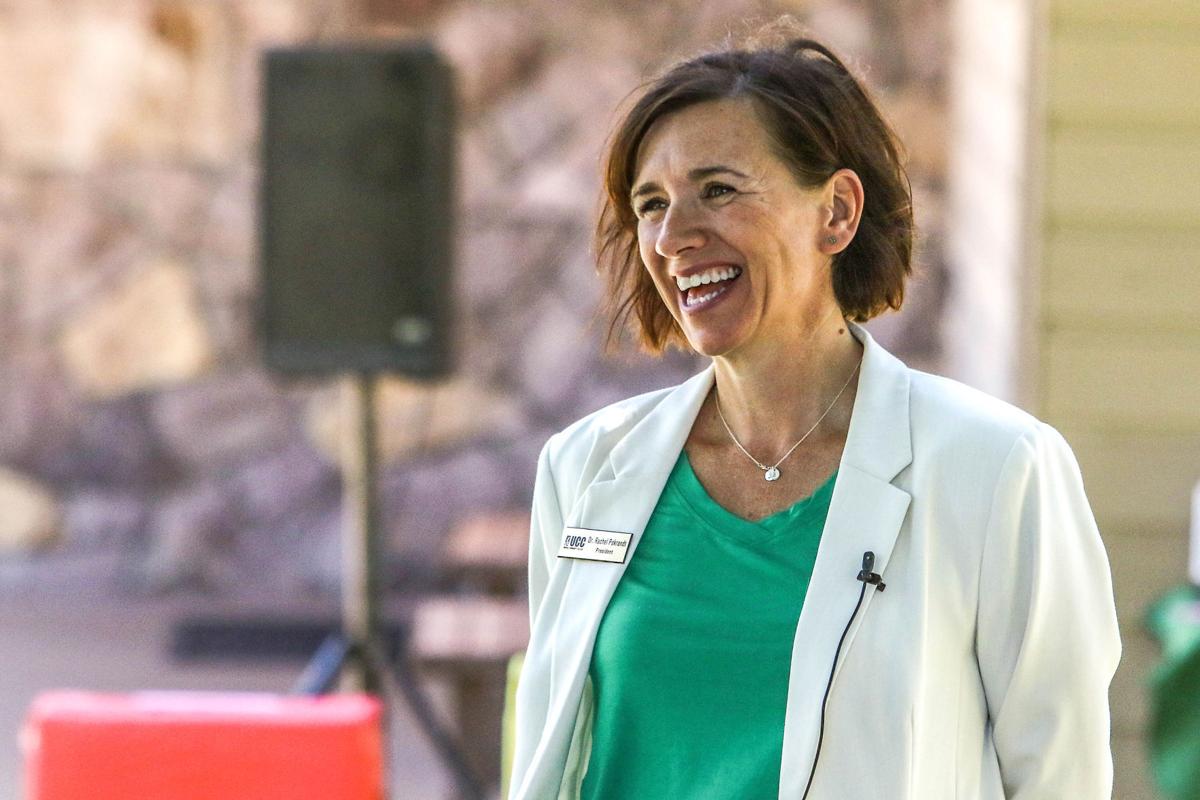 Umpqua Community College President Rachel Pokrandt reacts to a student comment during a picnic on campus on Monday. 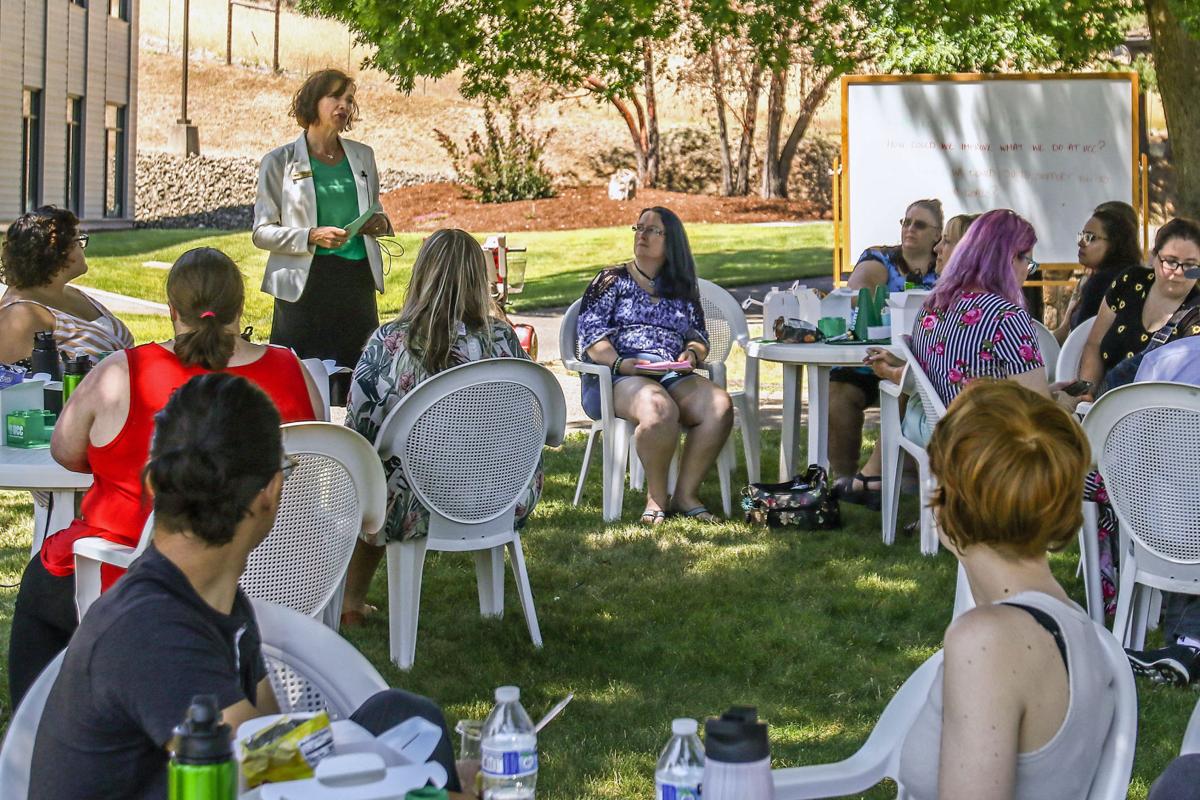 On her first official day as president of Umpqua Community College Monday, Rachel Pokrandt speaks to students during a picnic on campus. 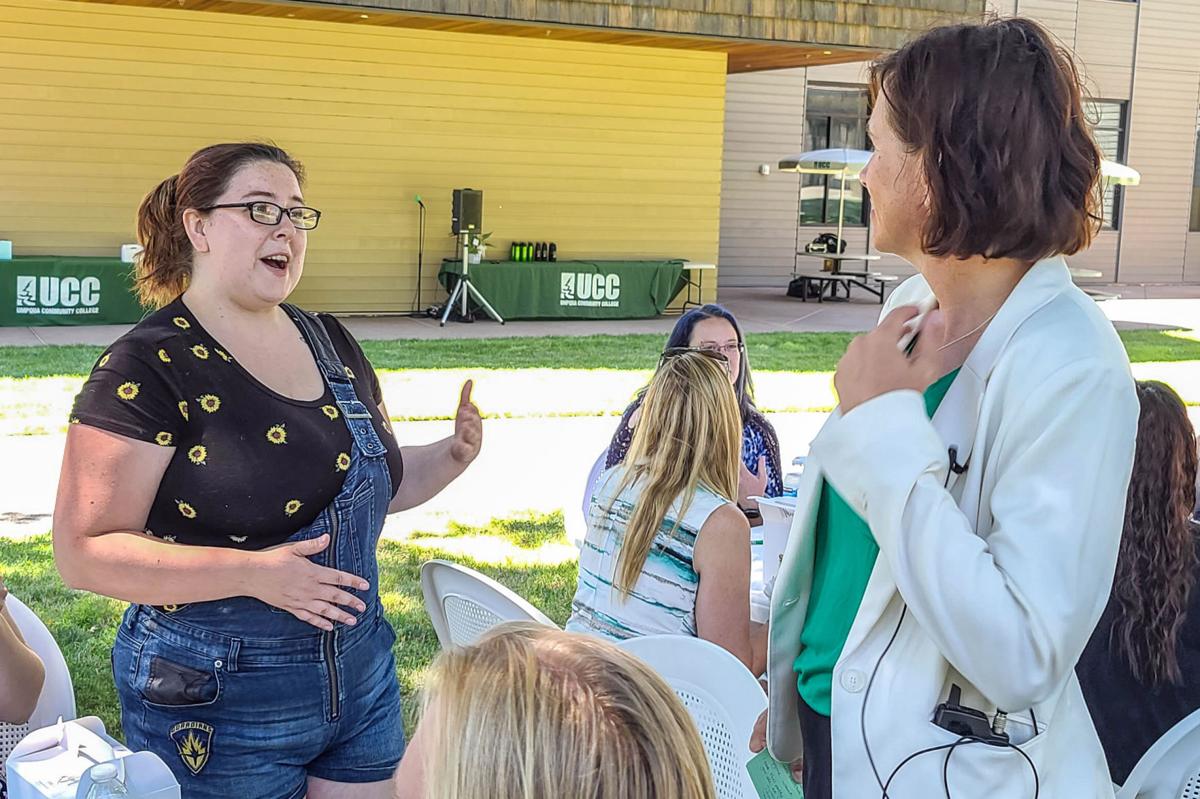 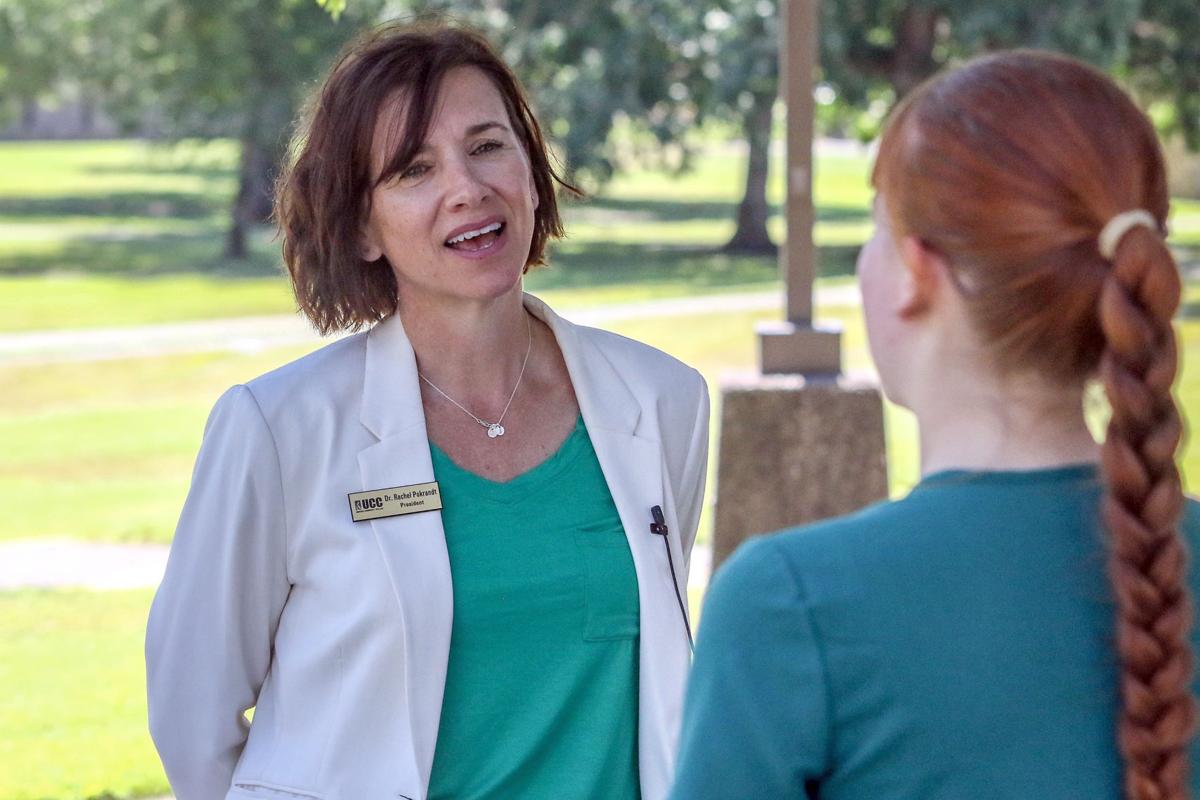 Umpqua Community College President Rachel Pokrandt reacts to a student comment during a picnic on campus on Monday.

On her first official day as president of Umpqua Community College Monday, Rachel Pokrandt speaks to students during a picnic on campus.

WINCHESTER — On her first official day as president of Umpqua Community College Monday, Rachel Pokrandt confessed she hadn’t been a great student in high school.

Pokrandt spoke to a group of students gathered on campus for a picnic with the president.

She told them she got lucky when she went to college, finding faculty members who sat down with her to learn how she was feeling and who tutored her in her hardest subjects.

She said she’s fallen in love with lifelong learning.

“I hope we here at UCC make you feel like the college I went to made me feel, like I belonged and that I mattered and I was smart and important,” she said.

She said what gets her up in the morning is coming to work to serve students.

“What keeps me up at night is are we doing our absolute best for you? Are you getting a return on your investment?” she said.

She told The News-Review she’s found the school and the community incredibly welcoming.

She said it’s lovely to meet some of the students and hear their excitement about their programs and what they’re planning for their future.

Pokrandt was until recently vice president and campus dean for Colorado Mountain College, which has multiple campuses in western Colorado.

It’s a dual mission college, giving out both associate and bachelor’s degrees, she said.

She said she already feels at home because Colorado is similar to Douglas County, with lots of outdoor recreation, and colleges are similar wherever you go.

“Everybody who works at a college works there because they care about the future of students, so a lot of that feels the same,” she said.

One of her undergraduate degrees is in theater and literature.

“I definitely have a heart for the theater department and everything that goes with that, because that is my original background, so when I came here and saw Jacoby Auditorium I was very impressed and excited,” she said.

She said one of the best things about community colleges is the variety of students, with people attending at different times of their lives.

“I just met somebody who just turned 60, who’s starting off on a new career path, all the way to our Sutherlin kids who are on the track team who just got out of high school. So I love that broad spectrum,” she said.

“It makes it a really fun job and place to work,” she said.

Pokrandt describes herself as a lifelong learner, like many of the students.

“There’s always something new to learn,” she said.