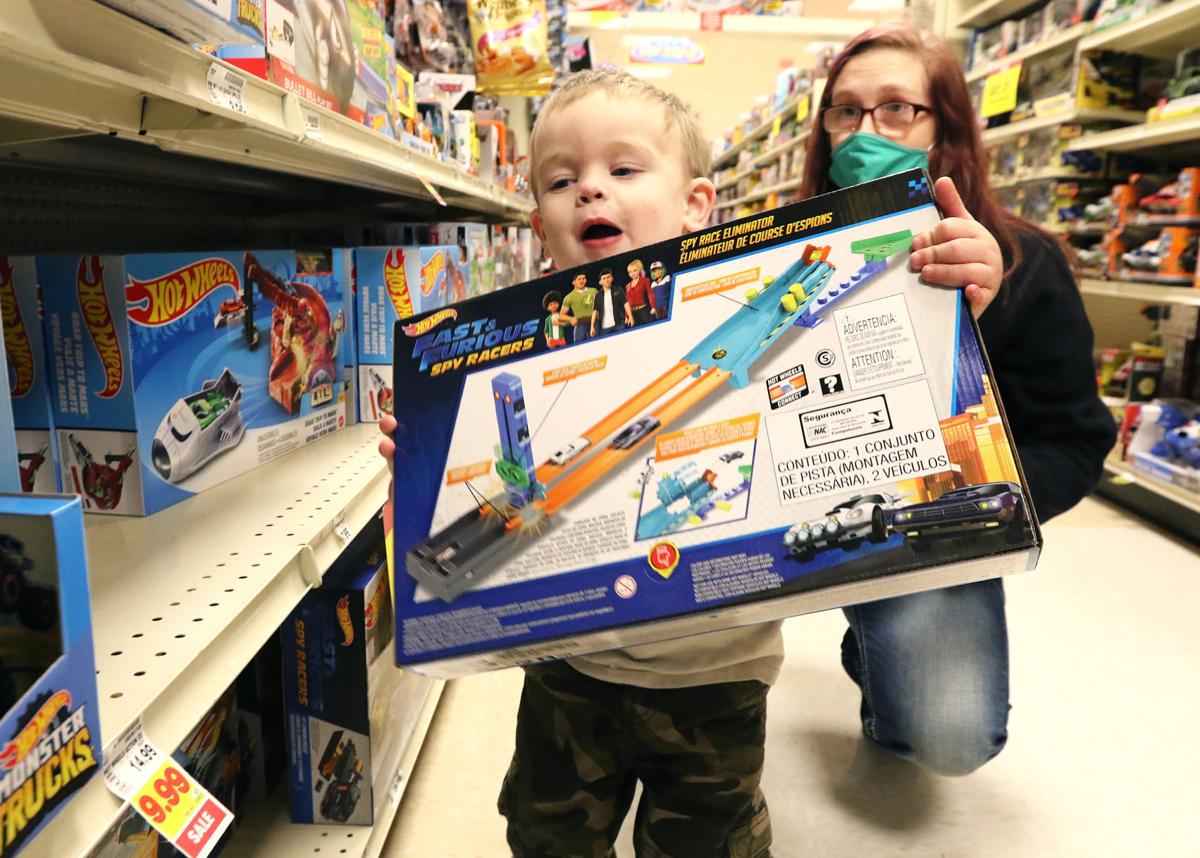 Daesyn Garden-Hover, 2, of Roseburg picks out a gift with his mother Whitney Chitwood at Fred Meyer in Roseburg on Friday. 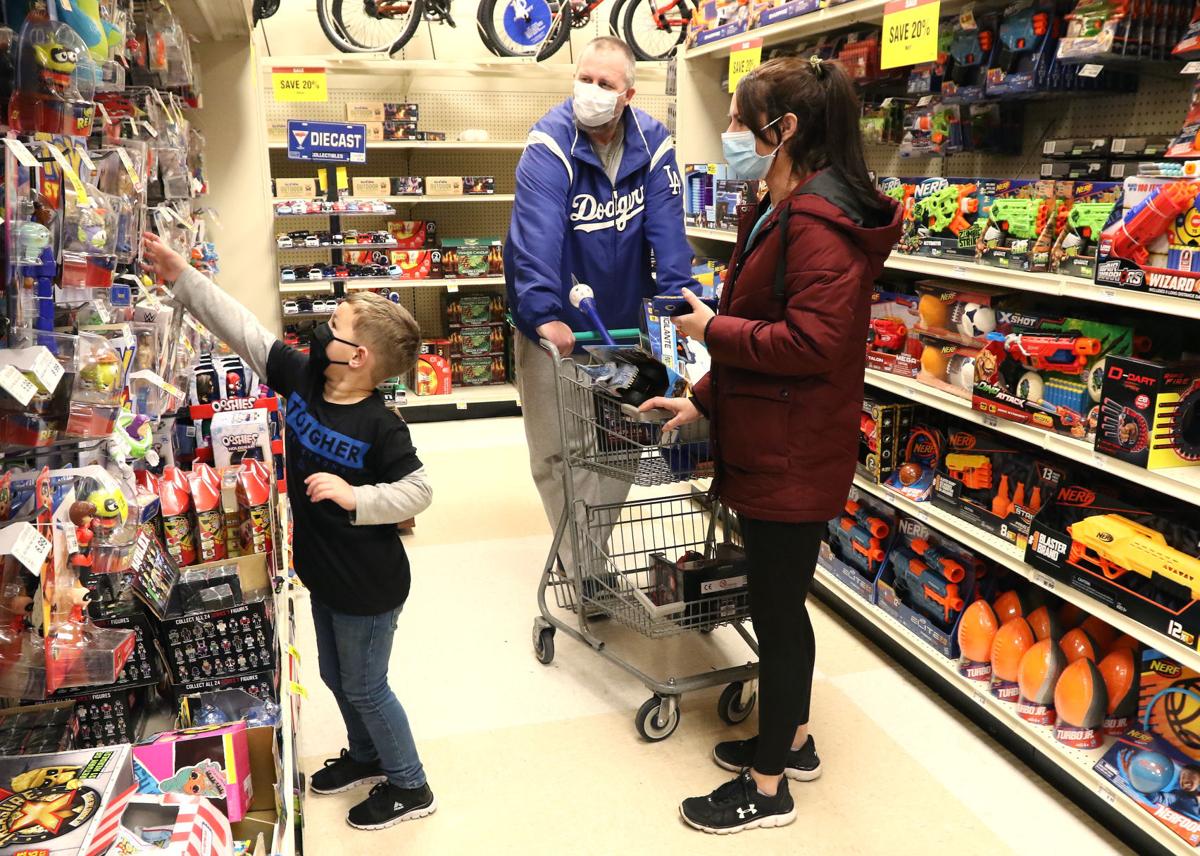 Michael Terry, 5, of Roseburg picks out a gift as his mother Ashley Terry and father Travis Terry look on at Fred Meyer in Roseburg on Friday. 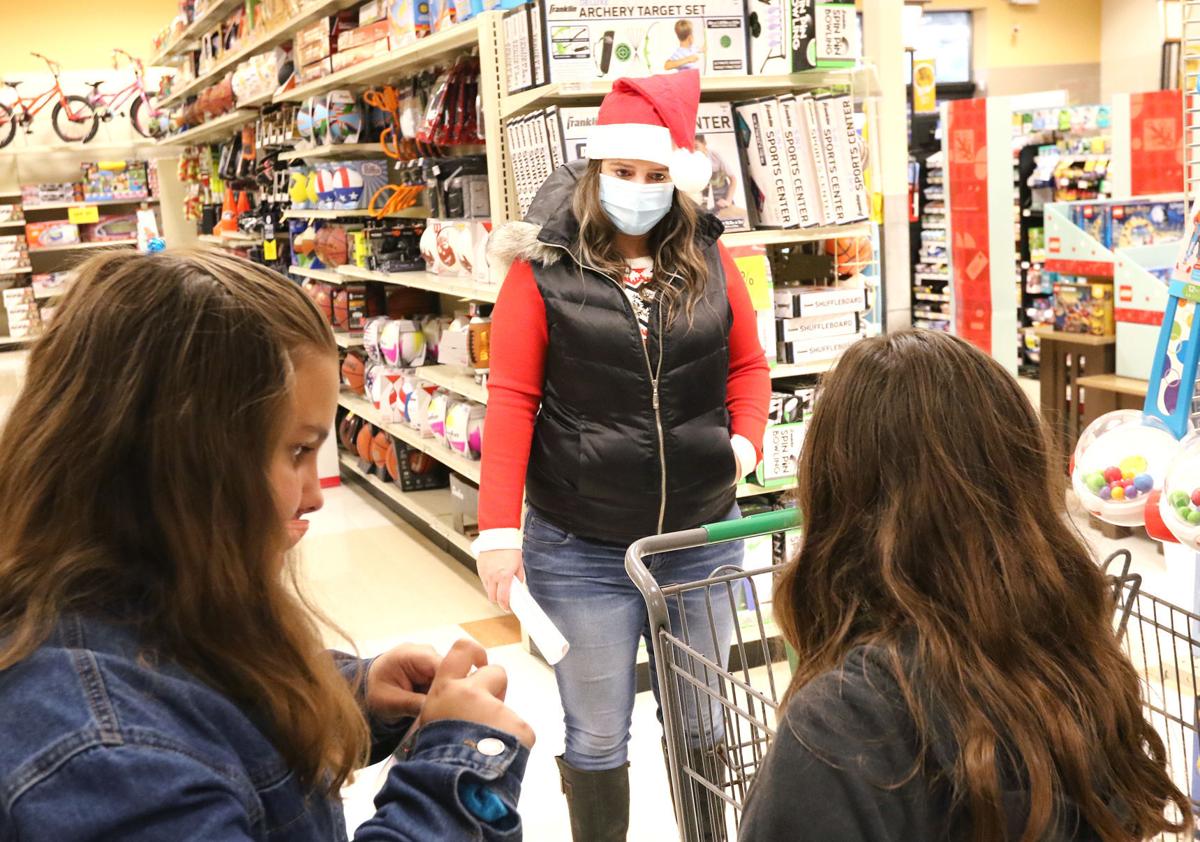 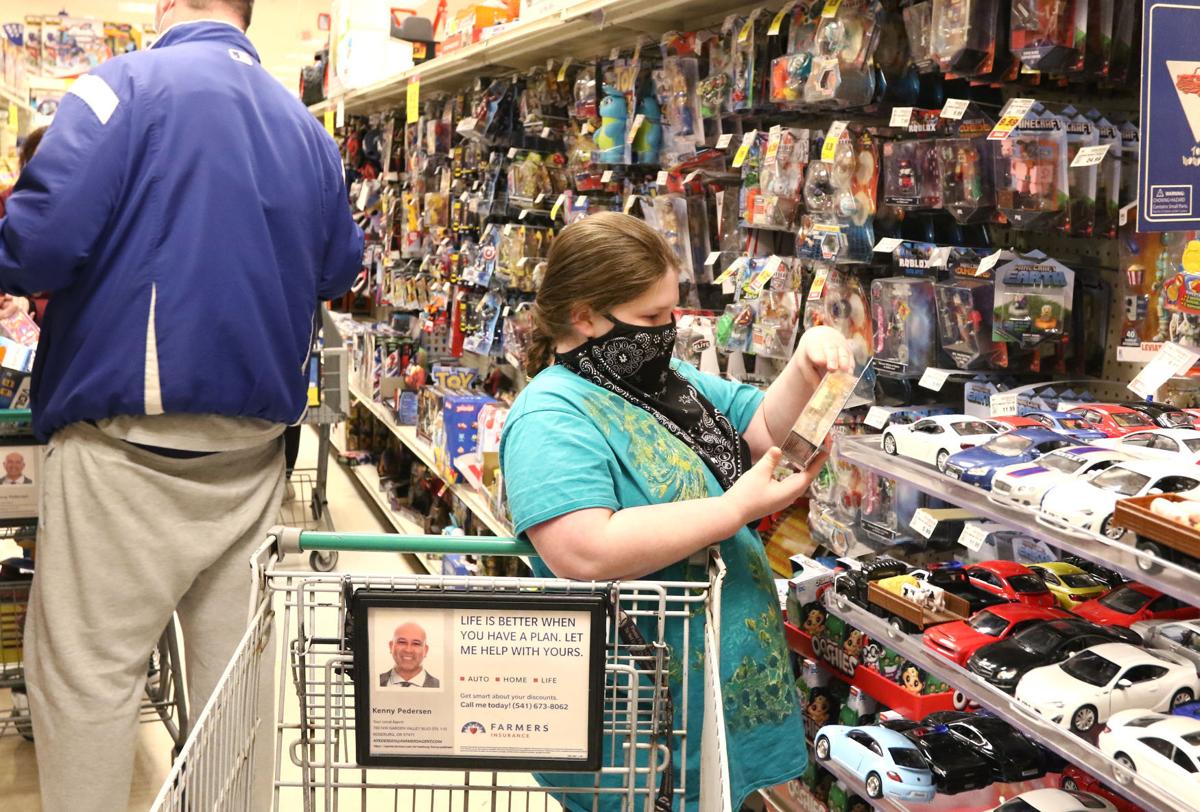 Willow Collins, 10, shops for holiday gifts at Fred Meyer in Roseburg on Friday. 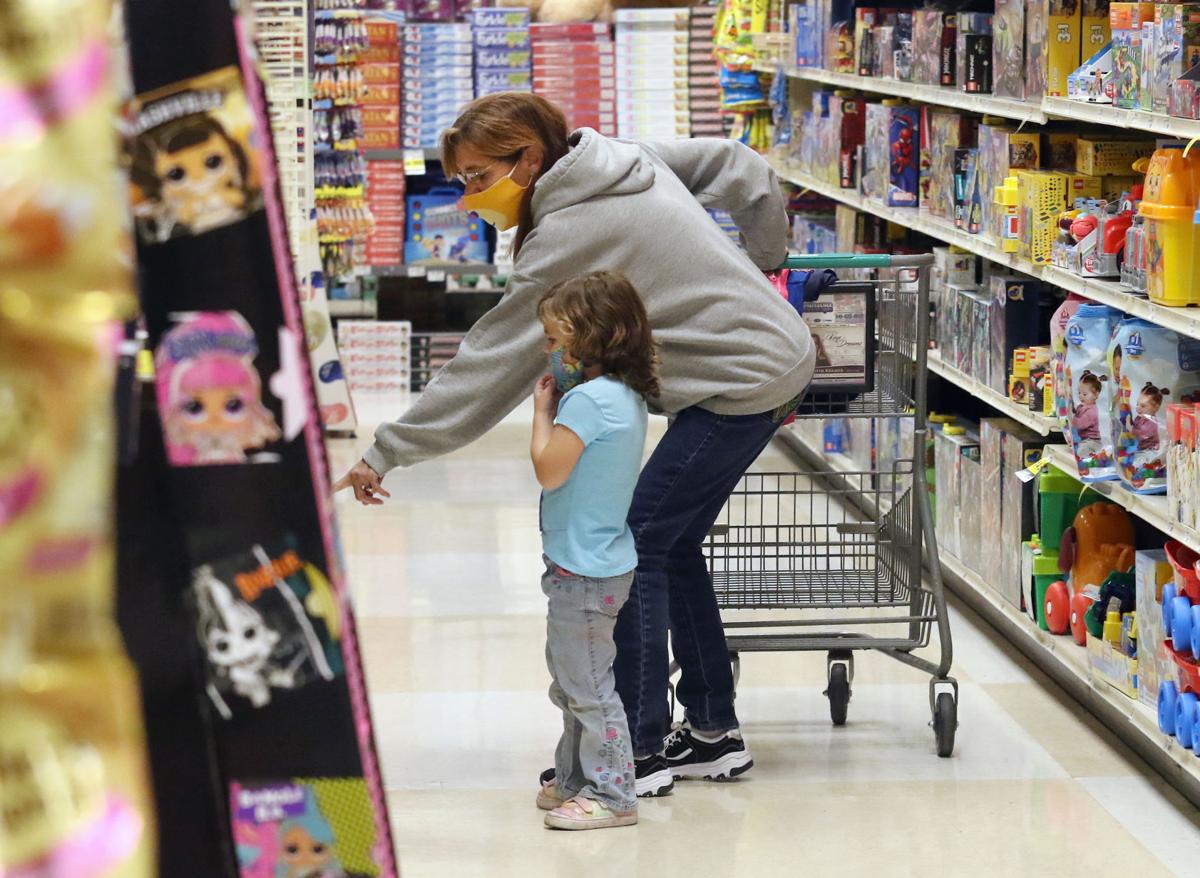 Sandy Simpson of Green helps her granddaughter Aaliyah Garden-Hover, 4, pick out gifts at Fred Meyer in Roseburg on Friday.

Daesyn Garden-Hover, 2, of Roseburg picks out a gift with his mother Whitney Chitwood at Fred Meyer in Roseburg on Friday.

Michael Terry, 5, of Roseburg picks out a gift as his mother Ashley Terry and father Travis Terry look on at Fred Meyer in Roseburg on Friday.

Willow Collins, 10, shops for holiday gifts at Fred Meyer in Roseburg on Friday.

Sandy Simpson of Green helps her granddaughter Aaliyah Garden-Hover, 4, pick out gifts at Fred Meyer in Roseburg on Friday.

Robert Johnson vividly remembers getting $75 to spend on whatever he wanted for Christmas during a particularly tough year in his childhood.

“What I remember most is going home and seeing the sense of relief on mom’s face,” he said. “That even though she couldn’t get a lot, we got something.”

In 2011, Johnson started a community fund through the UCC Foundation to make sure other children would get that same opportunity.

“I wanted to try to recreate some of the things that I benefited from in my past to hope that it had similar effect that it had on me, my mom and my brother,” he said.

Johnson grew up in a single-parent household and money was often tight. After his mother died, Johnson was a 20-year-old living in his car in Northeast Portland.

He played a lot of pickup basketball games and one day was approached to play in college.

Johnson came to Umpqua Community College, where he became a leader on and off the court.

He graduated from the community college in 2008, transferred to Portland State University where he graduated in 2011 and obtained his law degree from the University of Oregon in 2014. He was admitted to the Oregon State Bar in 2016 and is now working as an attorney at Dole Coalwell Attorneys in Roseburg.

Johnson created the Krista Fund in his wife’s name to pay for the annual gift-giving celebration, which is run through the UCC Foundation.

Whitney Chitwood, who studies criminal justice at the community college, brought her four children to the event to pick out presents.

“It’s awesome,” Chitwood said. “I’m working part time and doing distance learning. They know we’re going to wrap the presents when we get home, and put them under the tree. And on Christmas morning they’ll open the gifts knowing they came from UCC.”

“You can collect them,” Kianna said. “They have like a billion kinds.”

About 30 minutes after the first group started shopping, carts were filled with toys while adults were trying to make sure the kids stuck to the $100 per child budget.

Johnson said his employer, Dole Coalwell Attorneys, has also been a great supporter of the project.

Johnson thought last year would be the last of the Christmas project, but decided to keep it going.

“Last year was supposed to be my last year, with a 3 year-old and a 6-month-old, a career and other things I’m doing, I’m stretched thin,” Johnson said. “But with pandemic and obviously our community was impacted by fires. It was appropriate to bring relief to community.”

This year, the program was able to buy present for 26 children, totaling just under $3,000. Johnson said he and Coleman would return to the store next week to purchase holiday meals for all the families.

In past year the program was available to the children of students in the Transfer Opportunity Program, but this year it was expanded to include other students as well. However, due to COVID-19 restrictions the families were unable to meet ahead of the shopping tree for a dinner.

Johnson and his wife, Krista, were both students at Umpqua Community College enrolled in the Transfer Opportunity Program.