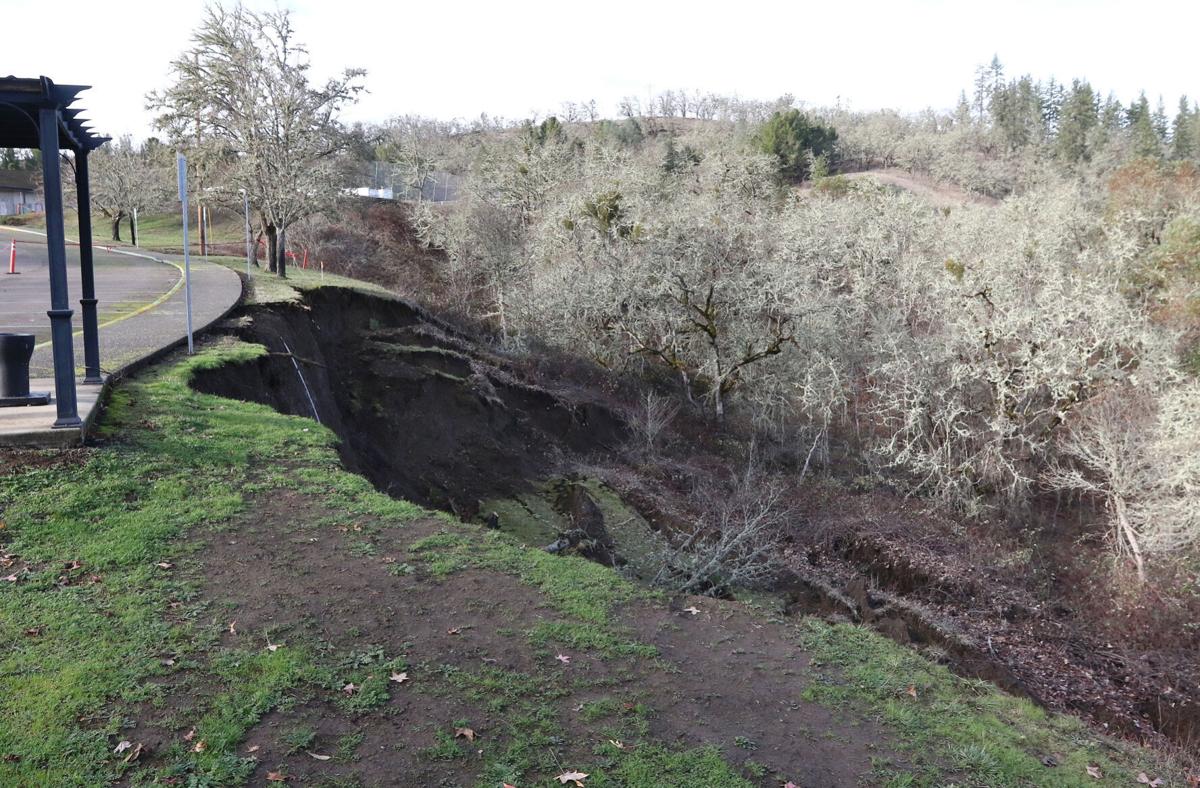 A landslide at Umpqua Community College on Wednesday. 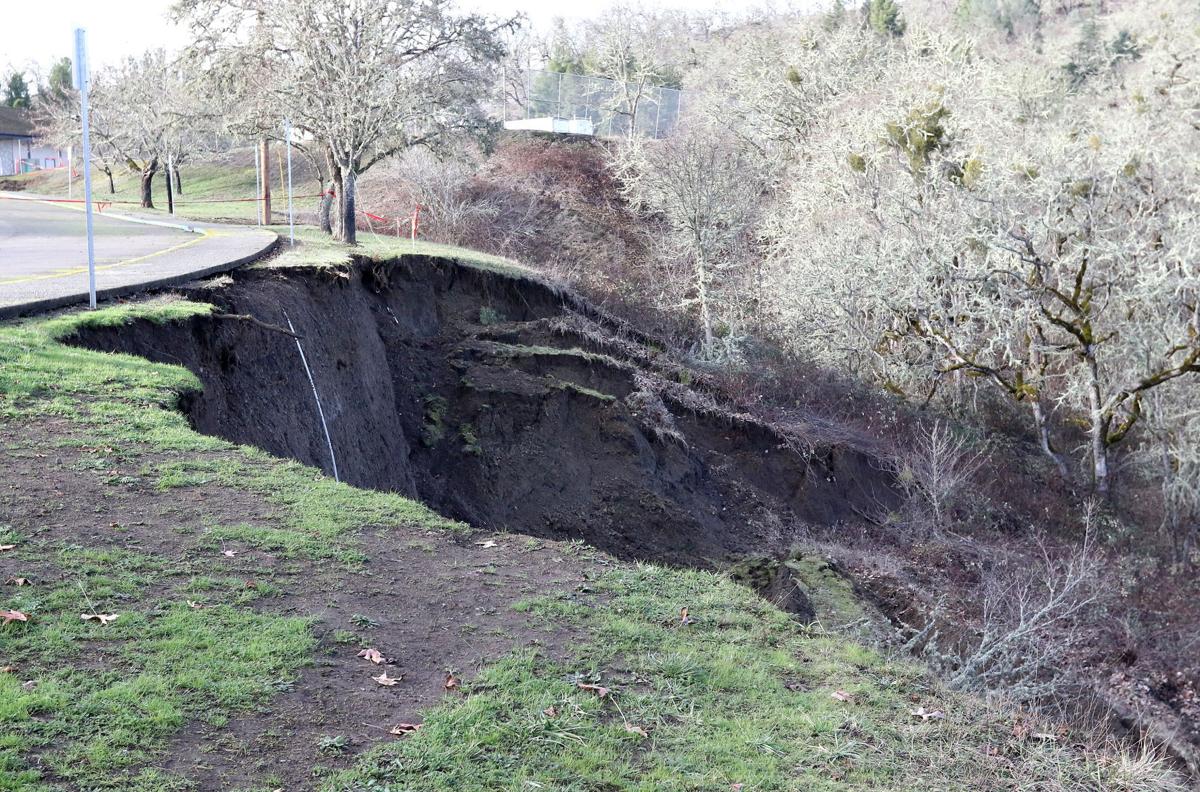 A land slide at Umpqua Community College on Wednesday.

A landslide at Umpqua Community College on Wednesday.

A land slide at Umpqua Community College on Wednesday.

Umpqua Community College’s board of directors officially declared a landslide that occurred on campus as an emergency Wednesday, which will allow the college to expedite the repair process.

Erica Mills was not present for the special board meeting Wednesday, but all other board members voted in favor of the emergency declaration.

A security guard first noticed “the ground separating and dropping” around 1:30 p.m. on Jan. 6. The following day the community college was forced to close several buildings on campus as a “moderate landslide” interrupted the water and power supplies to those buildings.

“An inspection determined a 2-inch waterline was broken, leaking underground, and exiting out of the bank down a hill,” Coleman said.

Another water line break in a different, nearby location, was discovered during a follow-up inspection around 9 p.m. Jan. 7. By the time of Friday’s board meeting the breach was approximately 120 feet long.

According to the emergency declaration the landslide also undermined one the parking lots, causing a severe accident risk.

A temporary fix for water and power has been made and all buildings have reopened to students and staff.

Board member David Littlejohn commended Director of Facilities and Security Jess Miller on the work that had already taken place and the rapid response.

Miller said he had never dealt with a landslide before.

The emergency declaration will allow the administration to bring on companies to help with the repairs without going through a length process. Chief Financial Officer Natalya Brown said the college will still be doing its due diligence.

The landslide also impacted the water and power to Maple Corner Montessori, which is housed in the Ford Family Center on campus.

The landslide at the north end of campus occurred near the parking lot between the Tech Center and the athletic complex.