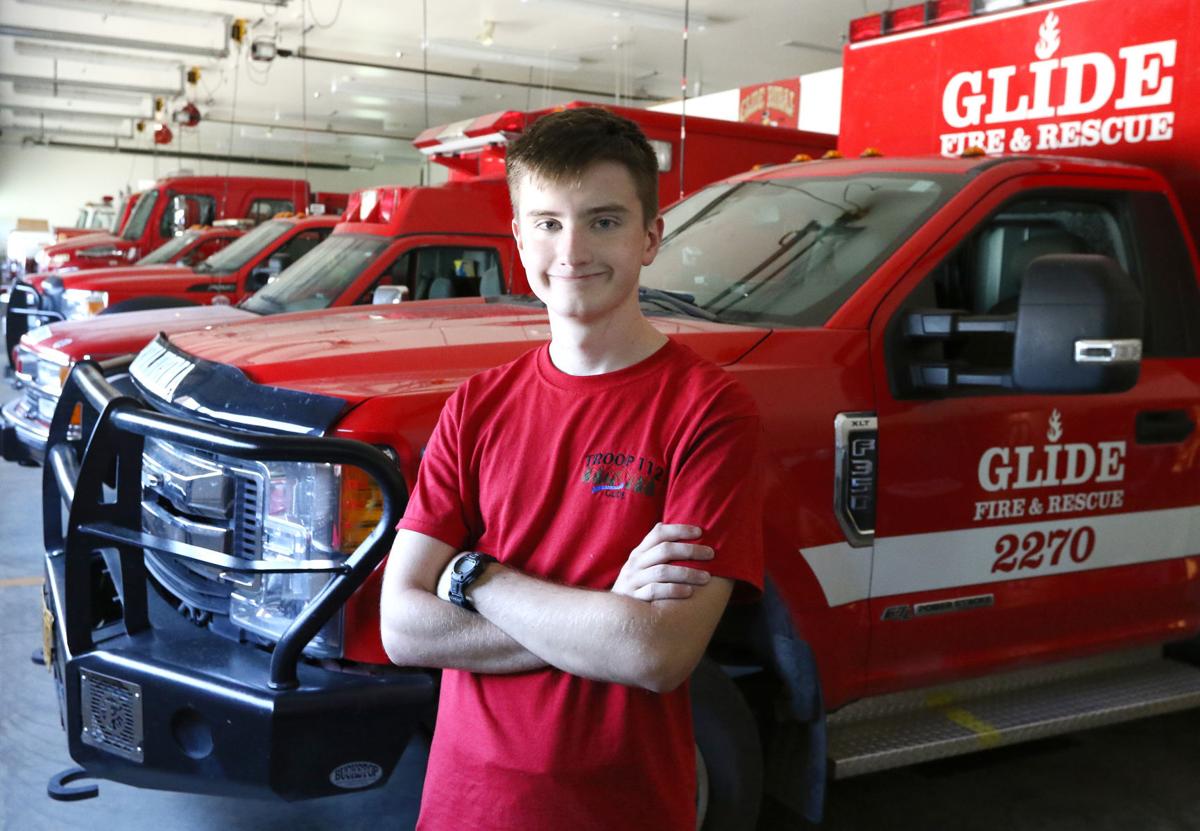 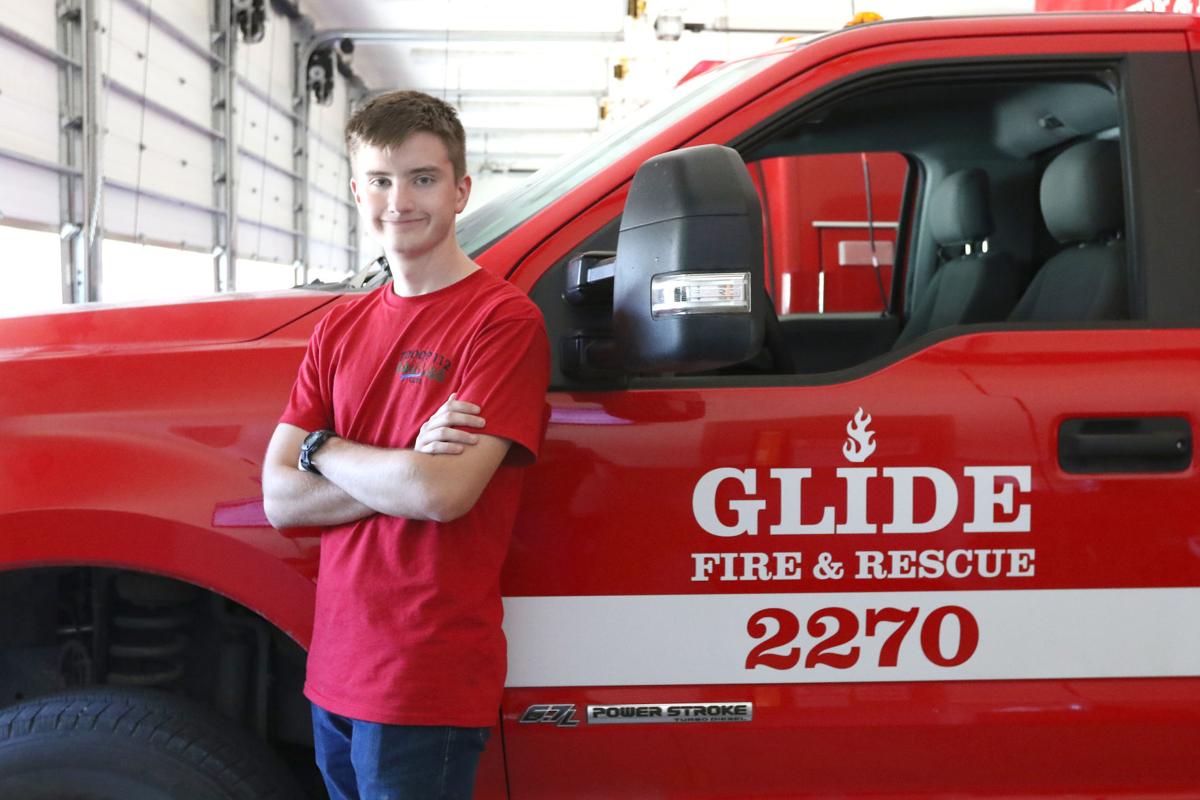 Glide High School senior Eli Metz will be graduating this spring. Among his goals following graduation is to become a full volunteer with the Glide Rural Fire Protection District once he turns 18. 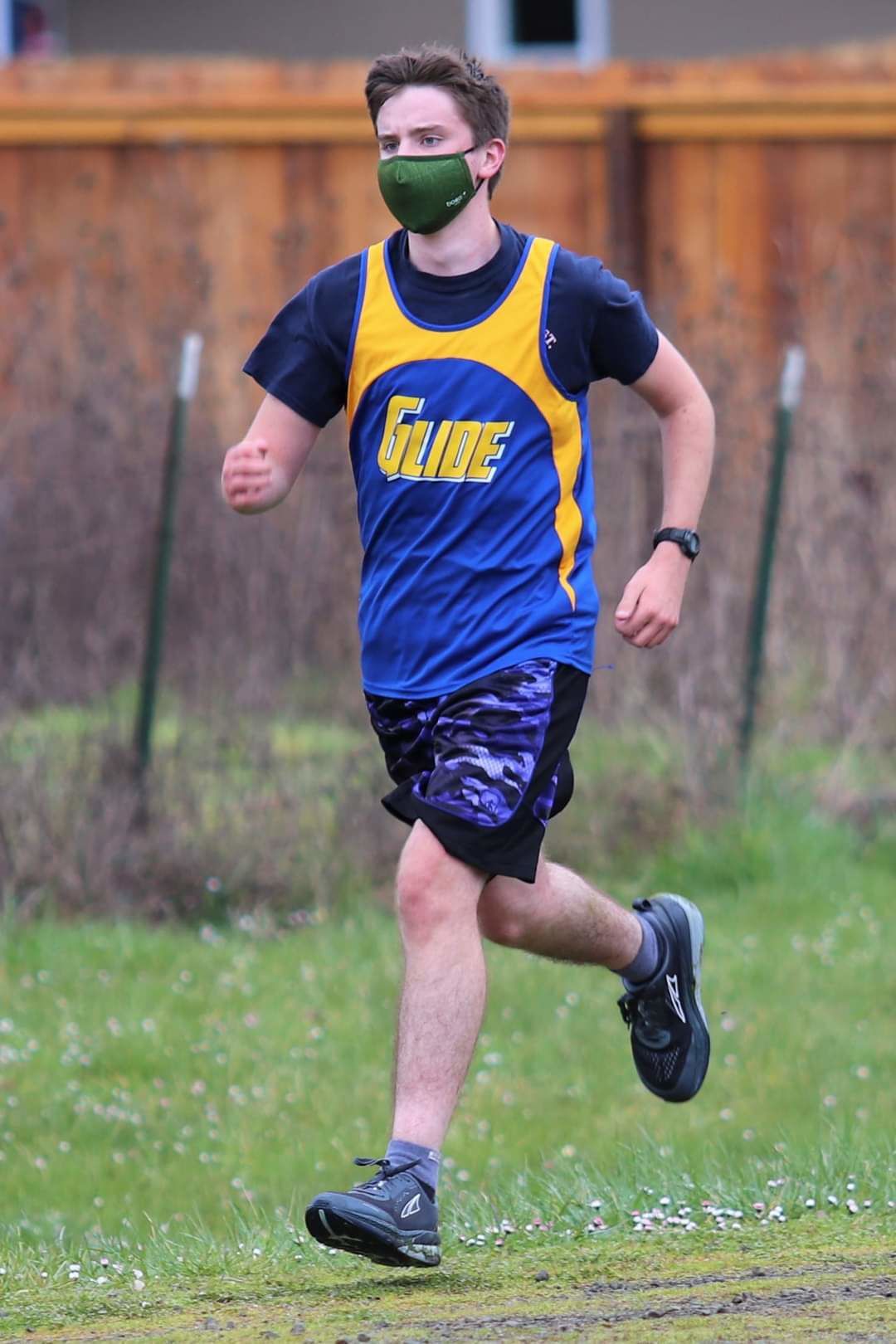 Eli Metz, the lone senior on the Glide boys team, competes in the ‘This Run’s For Maynard’ race on March 18 in Glide.

Glide High School senior Eli Metz will be graduating this spring. Among his goals following graduation is to become a full volunteer with the Glide Rural Fire Protection District once he turns 18.

Eli Metz, the lone senior on the Glide boys team, competes in the ‘This Run’s For Maynard’ race on March 18 in Glide.

An Eagle Scout. A distance runner. A firefighter. A high school graduate. An unofficial youth pastor.

All before his 18th birthday.

Eli Metz has accomplished quite a bit as he prepares to graduate from Glide High School.

He and a few friends — namely Brandon Byrd, Dylan Davis and Nathan Masiel — helped resurrect the Glide High School boys cross country program in the spring of 2019, and that fall, that team finished fifth at the Class 2A state championships at Lane Community College in Eugene. It was the first time Glide had fielded a team at the state meet since 1999.

“This year was pretty weird,” Metz said. “This (spring) has been a little bit more normal. Not as weird as it could be.”

Metz’s parents — Dan and Melissa — moved their family to the Glide area from Shady Cove, north of Medford, when Metz was entering third grade. No stranger to living in a rural community, Metz seemed to fit in right away.

“He’s just a super welcoming kid to others. He cares about the well-being of others,” Glide High School Principal Dr. Kristina Haug said. “It’s something he came here with. It’s always nice to have someone like that here.”

Eli was active in Boy Scouts Troop 112 — under the guidance of then-Troop Master Stu Carlson — was one of six scouts, along with his older brother Calvin, to earn the rank of Eagle this past November. His project was to move a tool shed used by the Troop to the Church on the Rise, a Nazarene church east of Roseburg which was having trouble with equipment theft.

(Author’s Note: at this point in the interview, Lois Mai, the widow of longtime Glide H.S. track and cross country coach Maynard Mai, asked Eli to be an usher at Maynard Mai’s memorial service on May 22. Eli humbly agreed.)

“He’s not big on attention, but he’s the first to jump in and volunteer,” Haug said.

At present, Metz is training to become a fully fledged volunteer firefighter with the Glide Rural Fire Protection District. He started that training as a youth “explorer” two years ago, and the hope is to become a full volunteer on his 18th birthday, July 28.

“You just give him a direction and he goes,” Glide Rural Fire chief Ted Damewood said. “He surprisingly doesn’t take a whole lot of guidance. It’s pretty darn cool. He trains right alongside us as a firefighter. He listens to what you ask and he does it.”

Metz said he plans to attend Umpqua Community College, enrolling in the school’s emergency medical services program with the ambition to eventually earn a spot with the Roseburg Fire Department.