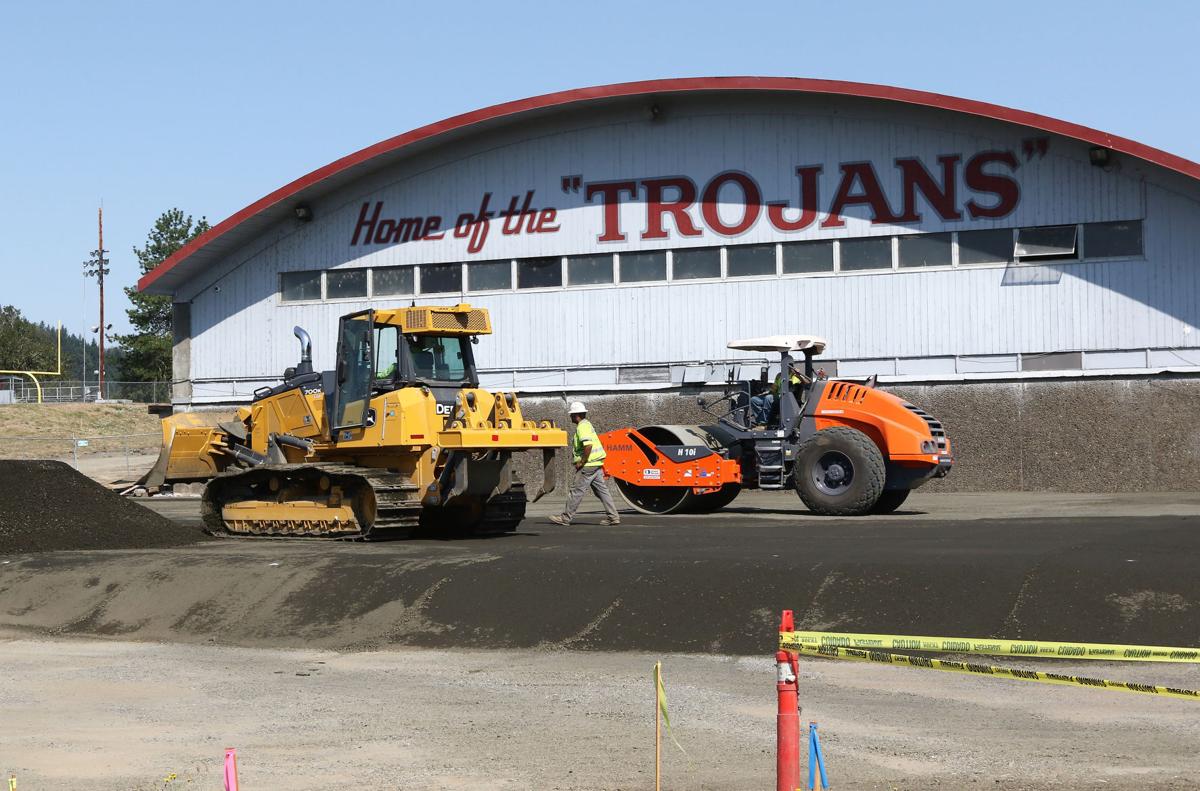 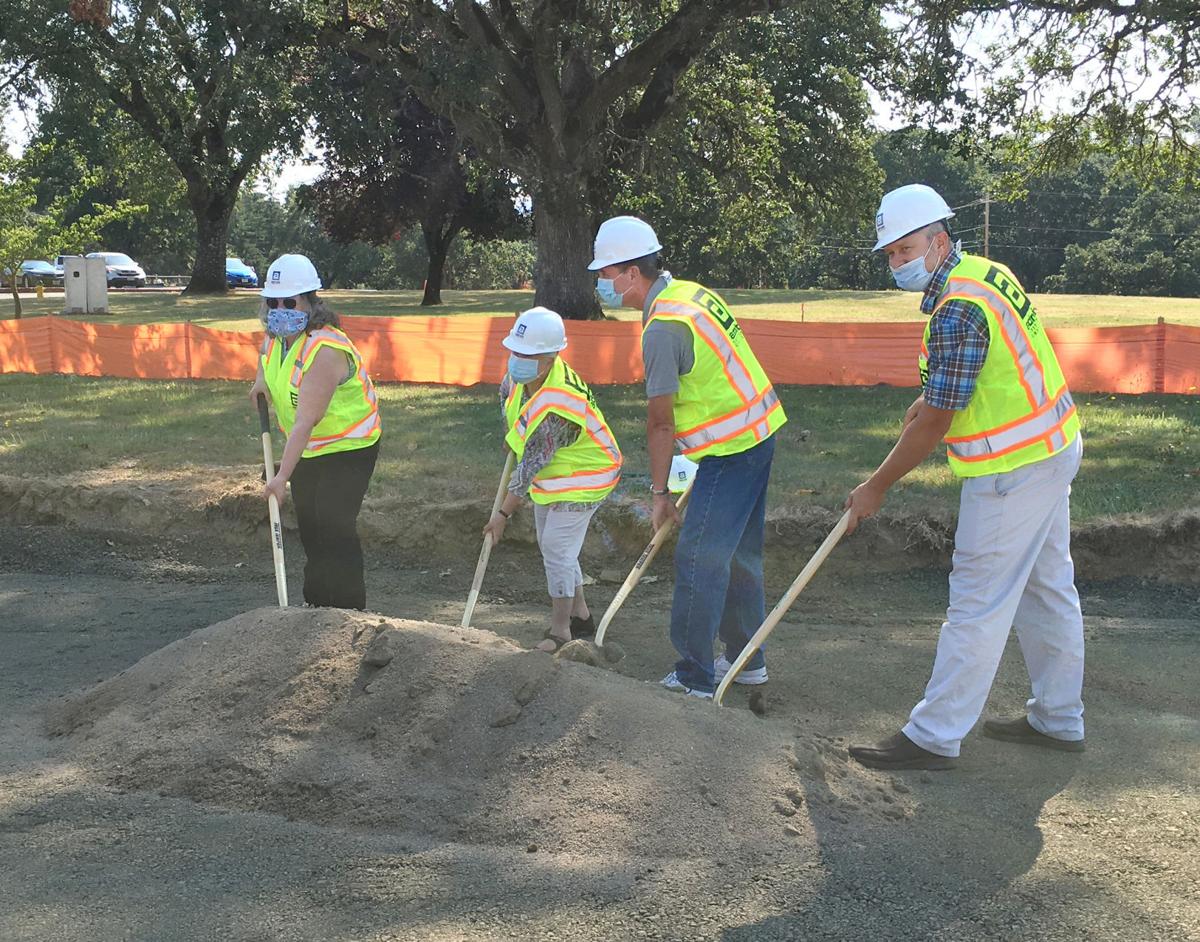 From left, Winston-Dillard School District board member Teresa Clemons, board chair Lorna Quimby, board member Kurt Stookey and board member Brian West participate in a ceremonial groundbreaking event for renovations and new construction at Douglas High School in Winston on Tuesday. 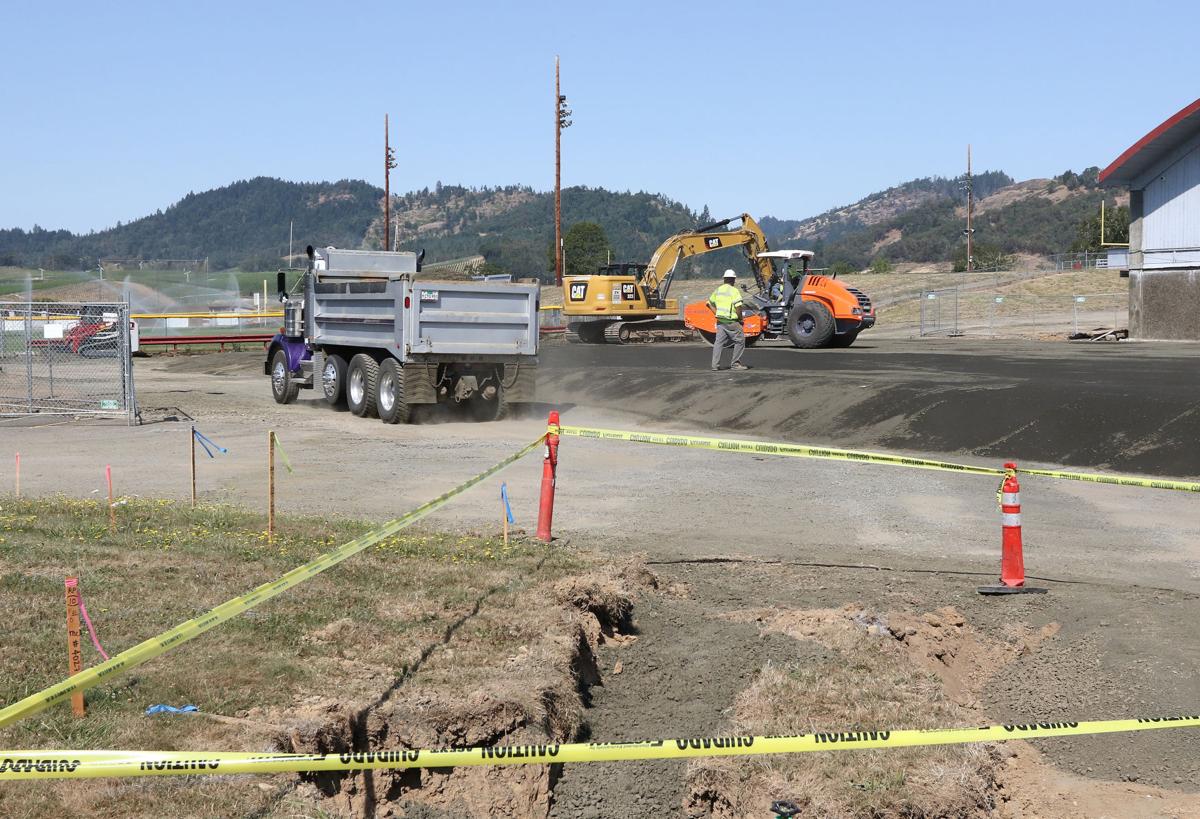 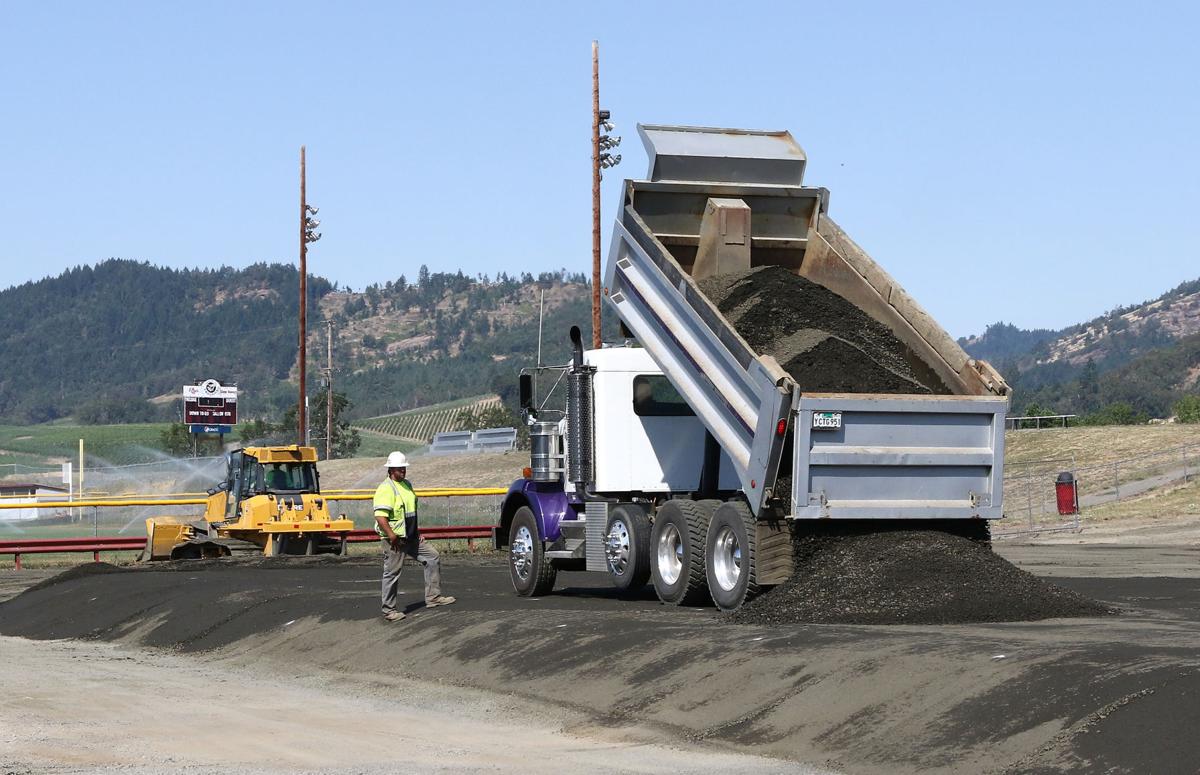 From left, Winston-Dillard School District board member Teresa Clemons, board chair Lorna Quimby, board member Kurt Stookey and board member Brian West participate in a ceremonial groundbreaking event for renovations and new construction at Douglas High School in Winston on Tuesday.

WINSTON — School board members for the Winston-Dillard School District donned hard hats and safety vests Tuesday morning as they dug golden shovels into the sand in front of Douglas High School.

It was all part of the ceremonial groundbreaking for the new school, hosted by Superintendent Kevin Miller.

“We do want to celebrate this auspicious occasion of what we consider the beginning of the new construction, with the new gym going in right there,” Miller said.

Voters approved the $20 million project during the May 2019 election.

Teardown of the upper hall started July 7 and construction crews have since started on laying the foundation for the new gymnasium, which will be in front of the current gymnasium. Those two projects were part of Phase One of the district’s plan.

“The second gym is going to definitely help us,” said Brian West, school board vice-chair. “It’s going to be very huge as far as the sporting side of it.”

West is one of the baseball coaches at the high school and has been the assistant basketball coach. He said the school has had to stagger practice schedules in the past and the junior varsity team sometimes had to use other gyms in the school district for practice.

“I believe when there’s new schools being built and new facilities sometimes it involves people wanting to transfer to new schools,” West said. “So we could see an increase possibly of athletes that’ll want to come out because of facilities that we’re going to have and also a new school.”

At the end of the 2020-2021 school year, teardown will start on the lower hall and start building new parking areas as part of Phase Two in the project.

Due to social gathering restrictions, the groundbreaking ceremony was small and streamed online to the district’s Facebook site.

In total, there were about 20 people in attendance, including Douglas High School Principal Craig Anderson.

“This will enhance our education, bring more positive influence to our school,” Anderson said. “It’s just going to be an amazing, amazing thing for our community.”

Anderson said it was important to still have the meeting to show the community that positive things continue to happen in the school district, despite coronavirus restrictions.

During his speech, Miller thanked all the people who worked to get the bond approved and started work on the project, including students who helped get the bond passed.

“Last year’s juniors and seniors they went out, banged on doors, manned call centers and helped sell this in our community,” Miller said. “They provided great support knowing they would never be able to attend classes in the new building. But they thought of their friends in the future and they knew these buildings would be around a long time and thought it was important for the community, so we just love their support.”

School bond measures in Douglas County get approval from voters