Free
Get Started
You are the owner of this article.
Edit Article Add New Article
You have permission to edit this article.
Edit
Welcome, Guest
N-R
NEWS
Election 2020
SPORTS
OPINION
LIFE
ENTERTAINMENT
BUSINESS
OBITS
CLASSIFIEDS
1 of 3 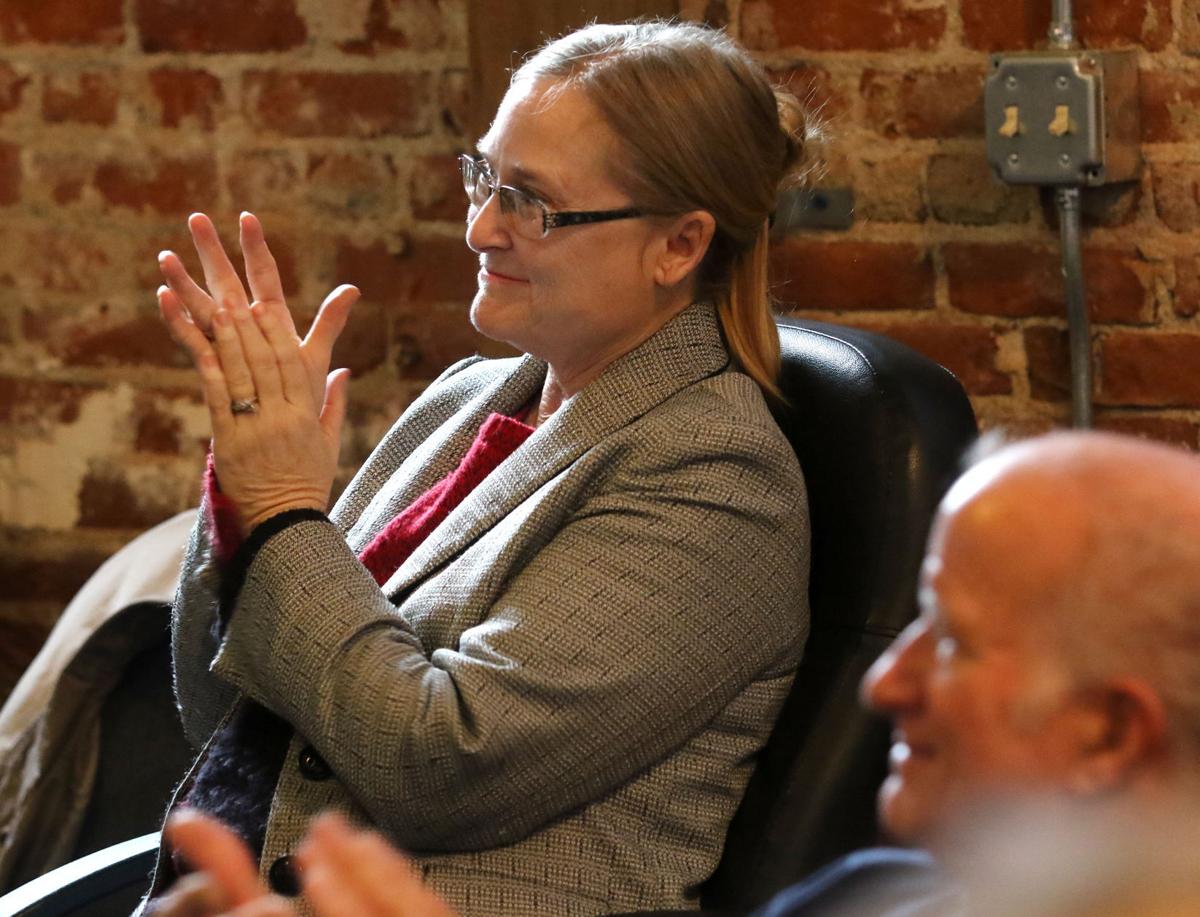 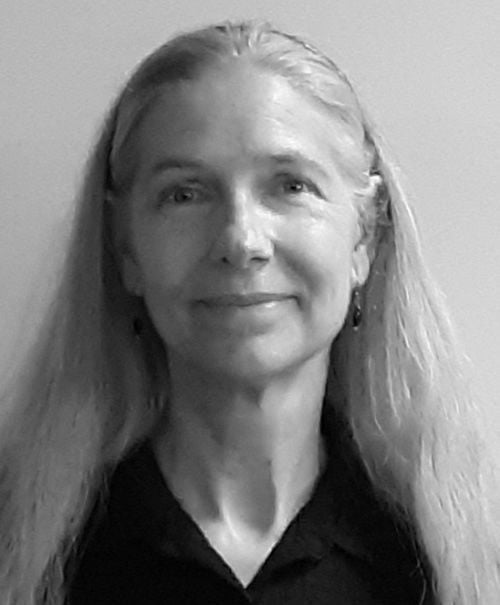 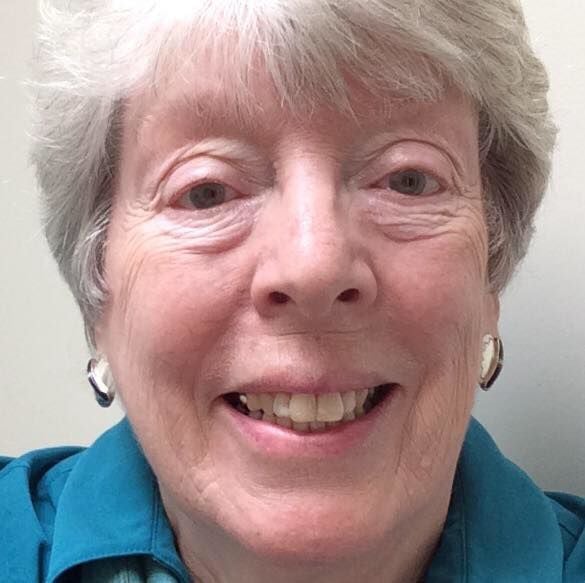 Douglas County Republican Party Chairwoman Valynn Currie has been a Republican since she was a junior high school student in Winston.

That year, 1968, she took part in a mock election at school. When the results came in, she was surprised to find herself in the minority.

Today is the 100th birthday of the ratification of the 19th Amendment to the U.S. Constitution, which gave women the right to vote. The News-Review on Monday asked women involved in local politics to talk about what this moment means to them.

Currie said she can’t imagine what it was like for women before suffrage.

“I’m just thankful that the suffragettes did their work many years ago and so I was able to vote when I turned 18, and I’m thankful that each year that I vote that it’s pretty much regulated and in stone that it’s something that I don’t have to fight for,” Currie said.

There are so many other things to fight for, she said, it’s nice that doesn’t have to be one of them.

“I feel we are treated equally because of the vote and without that, then we would be no more than serfs on the land,” she said.

Umpqua Valley Republican Women President Sue Hyers said when she cast her first presidential vote in 1972, it wasn’t for a Republican.

She was raised a Democrat and cast that vote for the man atop the Democratic party ticket that year, George McGovern, who went on to be defeated in a landslide by Republican Richard Nixon.

Hyers recalls her father saying he’d never vote Republican because those were the big money men.

But ultimately, Hyers thinks she took after her grandmother Wilhemina Gardner, a Bandon farmer who was 30 years old when the 19th Amendment was ratified.

Gardner was one tough pioneer woman. In a time when it would have meant scandal, she gave her husband the boot, divorcing him because she felt he wasn’t keeping up his end of the ranch work.

And unlike the rest of the family, she was a Republican.

Hyers said once women got the vote, their focus was on what was best for the nest and the community where they raised their children.

“It’s protecting and building and saving and making it better where you live. So women have generally had those jobs to do, and that’s something that I think leads us to be more compassionate in the government we build than men,” Hyers said.

Hyers became the first woman field agent for the Oregon Farm Bureau in the 1970s.

She recalled touring three visiting farmers from China around Willamette Valley as part of her job. They had difficulty believing that anyone, even a farmer, could serve in the state Legislature. And they were stunned by the Oregon State University bookstore. One told her he could only read what his government told him to.

“I learned how important the freedoms and liberties we have are, so that’s why I want every person in this country to have the freedom to learn and to grow and to exercise their voice,” Hyers said.

For League of Women Voters of Umpqua Valley President Jenny Carloni, a commitment to promoting voting for women, and men, runs in the family.

“The League of Women Voters was something that my mother was involved in, and my grandmother on my dad’s side, and her sisters, my aunts, so it was definitely something that was talked about, because they were all active in the league,” she said.

The national League of Women Voters was founded in 1920, the same year women won the right to vote.

Carloni was a student at the University of California, Davis, more focused on studies than politics when she cast her first presidential election vote for Democrat Jimmy Carter. It’s a vote she’s still proud of today.

“He is someone who has continued working to improve the lives of others, not just here but around the world,” she said.

She said the 2016 presidential election, which for the first time featured a woman, Democrat Hillary Clinton, at the top of a major party ticket, was a particularly exciting moment in politics for her.

It’s difficult for Carloni to imagine what it must have been like for women before suffrage.

“It must have been very frustrating to be affected by policies and not have any say in them,” she said.

Since they began voting, women have often focused on kitchen table issues. That started with a push for temperance, which they hoped would prevent their husbands drinking up their paychecks at the local bar, Carloni said. They also pushed for social welfare of children, income equality, and other issues that impact the family.

Today, many women are interested in the environment and campaign finance reform, Carloni said.

“Well-implemented policy changes can make important changes to the quality of life, and I think what we’re all looking for is a better quality of life for everyone,” Carloni said.

The women we spoke to all said it’s critical that women, and men, vote in 2020 and beyond.

The presidential election isn’t the only important decision that lies ahead.

Carloni said that given the challenges the country will face post-COVID-19 pandemic, new ideas will be needed.

“We’re having to face the fact that a lot of what we’ve been doing hasn’t made us as resilient a society as we need to be. So maybe if more people get involved and bring their ideas to the table and the voting booth we can make things work better for everybody,” she said.

Here's who donated to the legislative campaigns this year

Here's who donated to the legislative campaigns this year

91% of Republicans were in favor of the 19th Amendment compared to only 60% of Democrats.

The Bill was originally introduced by CA Republican Senator, Aaron A. Sargent, in 1878. Inexcusably, it took nearly 42 years to become law. It finally passed when Republicans took control of the 66th Congress in 1919. The 19th Amendment was ratified on August 18th, 1920.

That 91% claim is bogus; it is utterly unverifiable.

It is the case that Southern Democrats largely opposed the 19th Amendment. This was in the bad old days when Southern Democrats were the reactionary derriere-garde of slavery and secession; those people became Republicans thanks to Nixon (for whom Currie "voted"), Atwater, etc. In the North and in the West, Democrats favored the 19th. It passed while a Democrat was president--but he was a racist. And there was considerable racism even in the suffrage movement. Sargent, whom you cite, was a virulent racist. So, it's complicated.