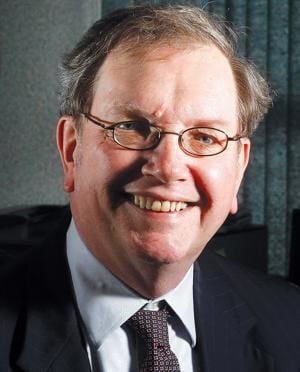 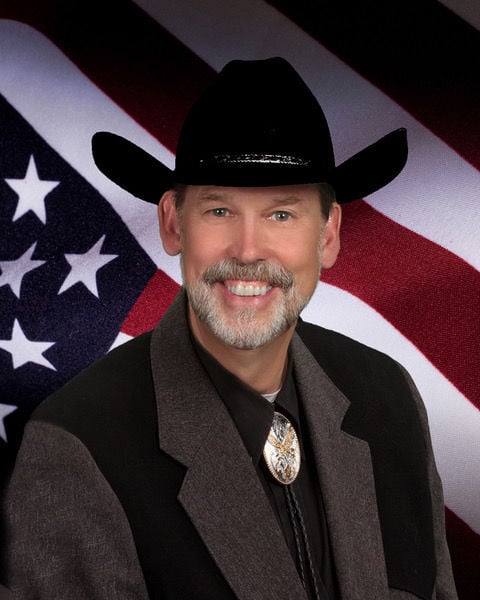 Republican Rep. Gary Leif of Roseburg faces a challenger in the 2020 election who isn’t mounting much of a campaign.

But Democrat Charles Lee said he’s running because he believes voters in the district should have a choice and that they would be better served by a member of the party that’s in the majority in Salem.

Leif was first appointed to the seat to replace Dallas Heard, who had been tapped to replace Jeff Kruse as District 1 senator. Leif was reelected in 2018 in a district that’s as deep a shade of Republican red as the current Legislature is a Democratic hue of blue.

He believes rural Oregon is best served by a Republican.

“In fact, I would argue that a reduction in the current super majority would benefit Rural Oregon,” he said in an email.

Despite being in the minority, he said he enjoys great committee assignments and strives to be a political moderate who works across the aisle. It’s an approach he said has served House District 2 well.

Lee acknowledges he’s unlikely to win the race. If he did, he said, he “would be extremely surprised.”

He doesn’t have the kind of political action committee or fundraising effort that winning candidates usually have.

But he said when he saw that no one else from his party had signed up, he decided to do it.

“I do think it’s important that somebody should be on the ballot to represent the Democrats and just to keep elective democracy in place,” he said.

House District 2 includes Roseburg and much of South County.

The candidates for Oregon House District 2, which covers Roseburg and most of South County, …

Lee, 71, has been a Roseburg attorney for 45 years and spent 12 of them as deputy district attorney. He’s also a member of the Roseburg Public Schools Board.

Lee said one thing he’d do to address the COVID-19 pandemic is speak clearly about the need to follow medical and scientific advice without any fear of contradicting President Donald Trump.

If the Trump administration succeeds in its court challenge against the Affordable Care Act, Lee said he’d like the state to ensure reasonable access to care. That’s a value that he thinks “the people of the state should treasure and support.”

He said he’s noticed as an attorney he has fewer people in his office who have been devastated by medical bills. It’s been good for medical providers, too, because they have had to do less charity work, he said.

He attributed this year’s wildfires to a century of fire suppression and of logging and forest development which left fire-prone small growth, slash and reprod in the woods instead of fire-resistant large trees.

He said those who own private timberlands or process wood products from federal timberlands have the obligation to maintain and restore those lands to be fire resistant.

Lee opposes what he said is the Republican tendency to badmouth the government.

“I think part of the curse that Douglas County’s had is that it has been a working strategy for the Republican party to say, ‘We’re treated badly by those in Salem, they’re against us, we’re their enemy and they’re our enemy, and we have to band together to protect ourselves from those bad people up there,’” he said.

He opposed the Republican legislators’ walkouts over the carbon bill.

“In today’s polarized political situation Republicans walk out of the legislature instead of honoring it as a body that is to make decisions, whether individual members of the body like the decisions or not. That is not good for having Douglas County’s unique interests represented in a meaningful way,” he said.

Lee said he wants to champion local control of schools over statewide mandates. Other priorities include protecting air and water quality, fishing and hunting and outdoor recreation.

He said he wants to see more openness and accuracy in the criminal justice system. He said the Black Lives Matter movement has impressed on him that there are “large segments of the population that are really dissatisfied with the way that the law has been enforced in their lives.”

“I think it really is an obligation of law enforcement to both be fair, and to be able to keep the public satisfied that they are fair,” he said.

He said he wants to improve the economy by supporting education and by bolstering the county’s recreational and tourist attractions.

Leif, 64, of Roseburg served as a Douglas County commissioner prior to joining the Legislature.

He is a past recipient of the Winston First Citizen award, and was the longtime owner of a Roseburg photography studio.

That small business experience, he said, “provides a fantastic point of view for understanding the current economic challenges.”

Though he’s running as a Republican, he said for him there is no opposing party.

“All of Rural Oregon must come together in a bipartisan way to reverse and amend many of the legislative priorities that have benefited the large metropolitan areas but done real damage to Rural Oregon,” he said.

Leif said the governor has taken control of the COVID-19 response and insisted the pandemic be handled through executive orders.

“I am on the record opposing this approach, but to no avail, the Governor is keeping sole control of this pandemic response and the economic challenges. Unless the Governor changes her mind, there is no current role for the legislature in this pandemic,” he said.

The unemployment system is failing Oregon citizens, he said, but he placed the blame for that squarely on the governor as well. He pointed to the $80 million that had been earmarked for a new computer system, saying the governor never made the needed system upgrade a priority.

Leif said the way to prevent future wildfires is to return to a policy of active forest management.

“It really does not matter whether the fires were started by lighting, humans, or arson; the challenge is that our years of forest health neglect have resulted in an overburden of fuels in the forest. We must begin to thin and manage the forests or we are going to have these extreme fires,” he said.

Leif said his top priority is to achieve a balanced budget, and he said funding will be critical and in short supply over the next five years due to the costs of the pandemic and the wildfires.

Other priorities include creating kindergarten through community college programs in career and technical education and STEM/STEAM education.

He also wants to work on child welfare and family security.

And he hopes to expand Douglas County’s economic base.

“While I would like to see an aggressive return to timber and agriculture, I recognize that many in the county want to move toward a more tourism-based economy,” he said.

He also said he will continue to work on bringing the proposed medical education college to Roseburg.

Ballots on their way to Douglas County voters

On the ballot: Douglas County's opinion sought on joining Idaho

On the ballot: Heard to square off against Stone in race for Senate District 1

On the ballot: Leif, Lee square off in race for state House District 2

Ballots on their way to Douglas County voters

Gary Leif voted no on HB 4204 to prevent mortgage companies from foreclosing on your house during the coronavirus pandemic.

State Rep. Gary Leif, said, “he has not taken a position on Greater Idaho, but acknowledged a copy of the Greater Idaho map hangs in his office."

State Rep. Gary Leif blocks you from his Facebook page if you disagree with him.

State Rep. Gary Leif refused to attend League of Women Voters Forums throughout his district to answer questions from the public.

Gary Leif is sued by son for misusing funds in trust set up by his grandfather.

*That* is quite a rap sheet. It's utterly disqualifying.

I have known Charles Lee for about 45 years--he is smart, possesses great integrity and one should never question his honesty--I urge a vote for Mr Lee

Leif should submit a new picture. This one is very old.

Charles Lee has my vote. He's very smart, thoughtful and cares about how legislation impacts us. I lost respect for Gary when he took it upon himself to support lawbreakers who just happened to have similar political beliefs to his own.

I'm going with the law and order candidate: Charles Lee.

The other guy has demonstrated sympathies for those who defy the law and conducted armed takeovers of federal facilities--and committed massive damage to those facilities.

Hmm. Time to pay attention to local politics I guess. Leif is majorly unappealing with background of what he supports. Thx for article. Hopefully Lee will be better.