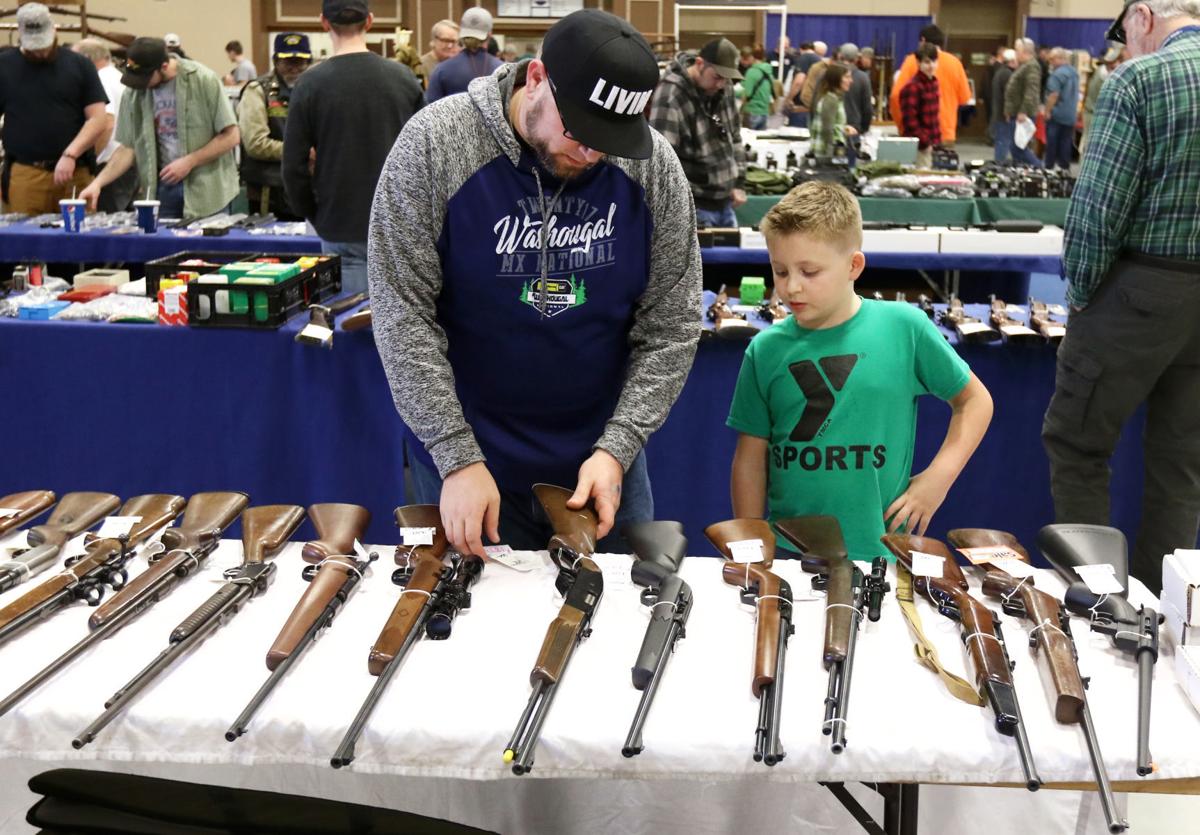 Cody Southworth of Roseburg and his son Jhett Southworth, 7, check out a display of rifles for sale at The Roseburg Rod and Gun Club Gun and Knife Show in February 2018. 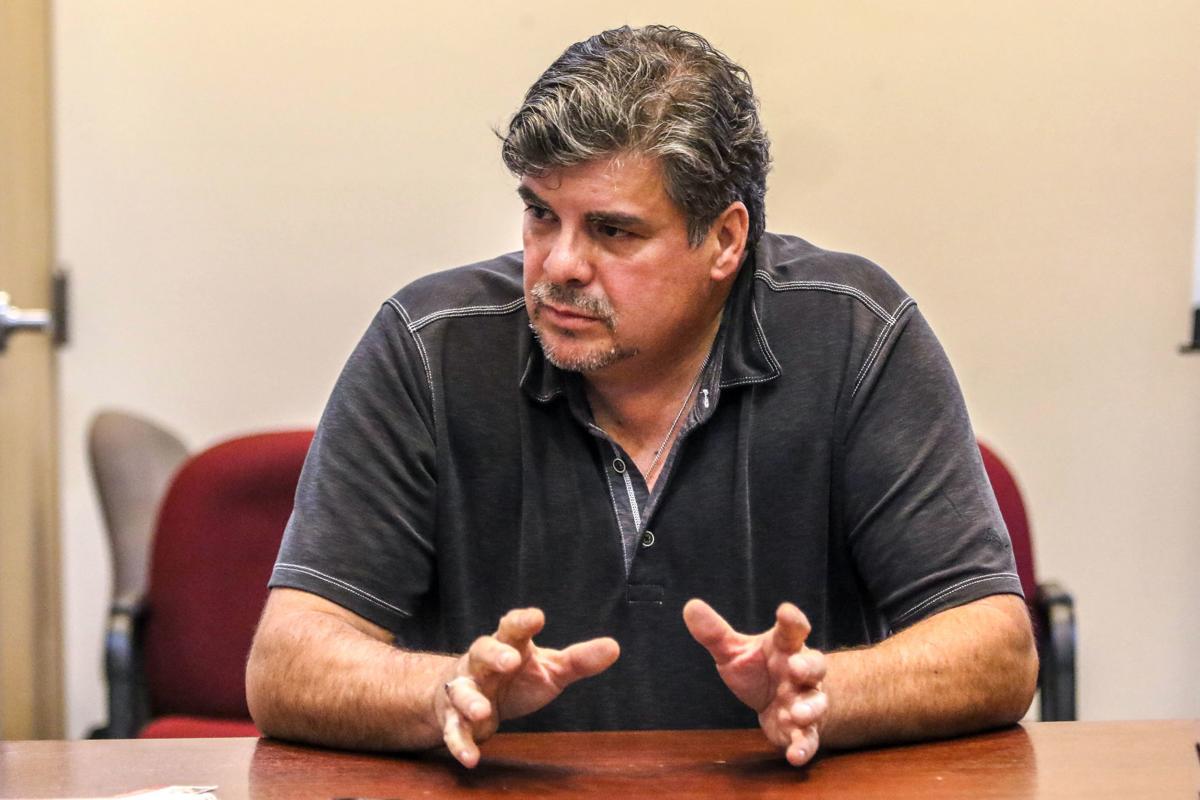 Cody Southworth of Roseburg and his son Jhett Southworth, 7, check out a display of rifles for sale at The Roseburg Rod and Gun Club Gun and Knife Show in February 2018.

Douglas County officials would be forbidden to enforce gun registration or semi-automatic firearm bans under a new countywide measure that could appear on the November ballot.

The chief petitioners are Republican U.S. Senate candidate Paul J. Romero of Roseburg and Teresa McKirgan of Camas Valley. McKirgan is the wife of the late Tom McKirgan, who had pushed for the similar Second Amendment Preservation Ordinance approved by Douglas County voters in 2018.

Romero said the sanctuary ordinance doesn’t do that. He said he trusts current Sheriff John Hanlin to uphold constitutional rights, but he doesn’t know what the views of the next sheriff might be. In the wrong hands, he said, giving the sheriff the authority to decide what’s constitutional and what’s not could be a problem.

“If you have a constitutional sheriff you’re good to go, which we currently have in Douglas County. However, if you end up with a sheriff that’s less than that, then it opens up the door for restrictions and limitations. With a SASO, basically it just reinforces and nobody gets to make that call. It’s done by the Constitution more or less, you see. So the difference is one kind of leaves a crack in the door. This one shuts that crack,” he said.

The sheriff’s provision created controversy in 2018. Some SAPO opponents pointed out that it’s the court system, and not a local sheriff, that is authorized to determine what is or is not constitutional, while others voiced concern that a sheriff might interpret the Constitution in a way that infringed on their Second Amendment rights.

The text of the sanctuary ordinance says the right to keep and bear arms is fundamental and any local, state or federal laws or regulations regarding firearms or ammunition are illegal.

“Local governments have the legal authority to refuse to cooperate with state and federal firearm laws that violate those rights and to proclaim a Second Amendment Sanctuary for law-abiding citizens in their cities and counties,” it says.

It forbids county officials from using any funds to “engage in any activity that aids in the enforcement or investigation relating to personal firearms, firearm accessories, or ammunition.” But it clarifies that authorities could prosecute independent crimes in which using a gun is a part of that crime, and felons would not be protected by the sanctuary ordinance.

Anyone violating the ordinance could become a defendant in a civil lawsuit under the proposed ordinance. Individuals could be fined $2,000 and corporations $4,000.

Romero believes voters will enthusiastically approve the measure. In 2018, county voters approved SAPO with 74% in favor. He predicted that once the petition is approved for signature gathering, they’ll need only one day to obtain the necessary signatures to get it on the ballot.

The sanctuary ordinance aims to block enforcement if gun control legislation is approved in Salem. Romero said the issue needs to go to the voters because state legislators are making decisions contrary to what voters want.

“The truth is we shouldn’t have to do this. If we had representative government that’s actually following our Constitution, unless we change our Constitution that’s supposed to be enforced,” Romero said.

Romero said the sanctuary ordinance is important enough to him that it was worth taking on even though he’s already campaigning for a Senate seat.

“Sometimes you gotta juggle a few fiery balls,” he said.