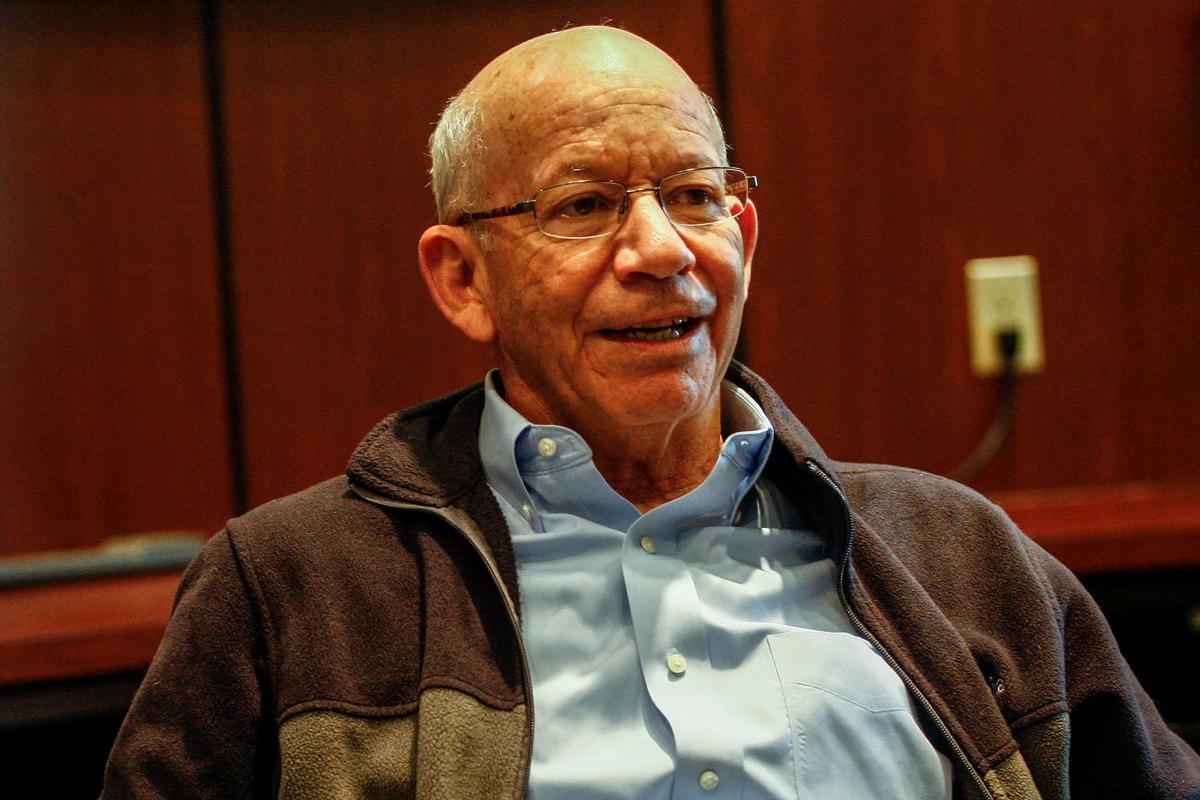 Rep. Peter DeFazio speaks with News-Review reporters in April 2017 in Roseburg. DeFazio made the stop during a town hall tour through Southern Oregon to discuss transportation, health care and timber issues. 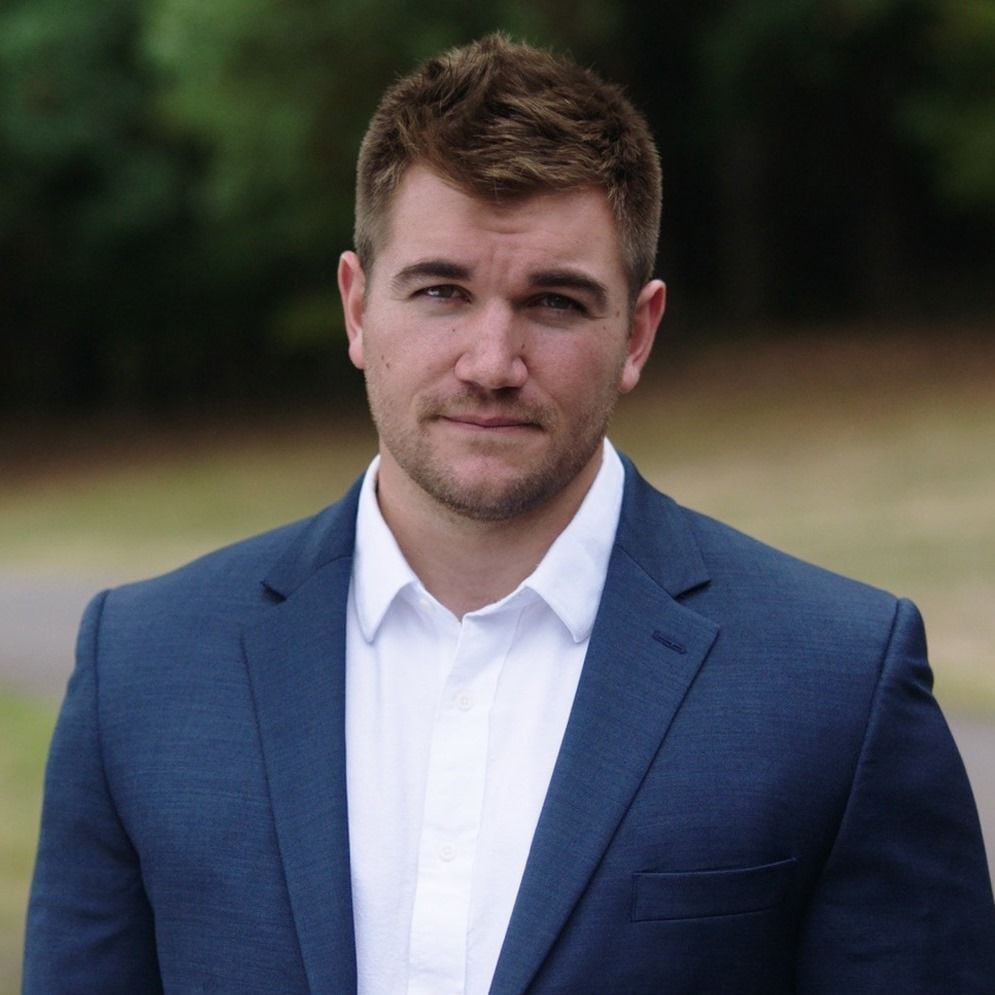 Skarlatos received 46% of the vote to DeFazio’s 52% as of results late Tuesday evening.

DeFazio, speaking via Facebook Live at 10 p.m. Tuesday, thanked the volunteers who helped him win.

“Oregonians believe in me and believe in the future. So this is a reflection of who we are, who we can be and how we can all do better together,” he said. “I’m looking forward so much to going back to Washington, D.C. again to represent you all.”

He said he hoped for passage of a 21st Century transportation and infrastructure bill he said would deal with climate change and provide millions of good paying jobs for Americans in every sector of the economy.

He said he also hopes for a government that will defeat COVID-19 and provide relief to Americans who are suffering economically.

Skarlatos could not be reached by phone for comment Tuesday. Shortly before midnight, he issued a written statement congratulating DeFazio. Skarlatos also thanked supporters and his campaign team.

“Together we created the most exciting campaign this district has ever seen, and while it is incredibly heart breaking to see the results tonight, I am so proud of the work that my team has done, and I am very thankful for the time and sacrifice they have given over the past 18 months. This has been the most rewarding experience of my life, and I am incredibly humbled for having the opportunity to run for office and bring attention to the needs of the citizens of this district,” he said.

It was a hard-fought campaign in a purple district where DeFazio has held his seat for 33 years. DeFazio had handily defeated Cave Junction chemist Art Robinson five times in a row for the seat.

But Skarlatos, propelled by fame following his role in blocking a would-be terrorist on a Paris-bound train in 2015, received national attention from high profile Republicans and contributions from ordinary Republicans around the country.

DeFazio’s long experience has put him in the powerful role of chair of the House Committee on Transportation and Infrastructure, which has led to benefits for his district ranging from port dredging to bridge repair.

DeFazio argued that Skarlatos would have little impact for his district as a new member of the Repubican Party, which is expected to remain in the minority in the House. He also pointed to Skarlatos’ lack of government experience. Skarlatos made an unsuccessful run for Douglas County commissioner in 2018, but has not held any political office.

Not surprisingly, Douglas County voters went for Skarlatos this year, just as they’d voted for Robinson in previous elections. He won the county by a margin of 65% to 33%.

Anyone who thinks things are worse now would benefit from watching this 5 minute video of a children's story written by Ruby Bridges, describing her experiences as a child in 1961. This was normal life back then.

Yes, the video is about a little girl in New Orleans 60 years ago. But a mere 18 years ago, 30 percent of Oregon voters wanted to keep racist language in the state's constitution. Oregon was founded as a state for White people, with a Black Exclusion Clause to keep Black people out. Things today are not worse. Not by a long shot.

34 years in our government. things are worse now then ever...maybe we could actually use some change? Nah lets just keep doing what is NOT working. what a joke we are. Hey! lets have Larry Rich be mayor forever too! I bet that will help our community.

"Things are worse than ever," is the mantra of conservatives, who long for a golden age that was never was, as they stand athwart history, yelling STOP. (See Buckley, Wm. F., Jr.). Meanwhile, progressives get out there and work, building things, changing things for the better, but are often distracted by that whining sound, as irritating as a mosquito's: Things are worse than ever.

😓 It is relief that OR is once again in the hands of Peter DeFazio and not a young man with 0-ZERO experience. If Alek is serious about his political career it might be beneficial to start with baby steps and learn the laws & process.

Alek was picked by a Political party as a Poster Boy and the amount of $$$ that was spent towards his campaign only led myself and others to believe he had been bought & paid for by the GOP. This statement “Skarlatos, propelled by fame following his role in blocking a would-be terrorist on a Paris-bound train in 2015, received national attention from high profile Republicans and contributions from ordinary Republicans around the country” is so true. While there is no doubt he did a courageous act with his buddies on the train to Paris (👍) the only other public profile that can be found is his stint on a dance show. Work hard Alek, pay your dues and maybe your time will come to serve Oregon.

I really don't think most people grasped how much of a bullet we dogged by Alek loosing. As I said in other articles about him, Alek HIGHLY revered and worshiped Dallas Heard as some type of god. I'm sure with what he thought was an infinite money pool starting to dry up, he was inspired by Heard who had a job that paid lots with having to do very little to earn it. In Heard's case especially where if you don't like something, simply just don't do it and not show up to work. I have no doubt what so ever Alek would have been a Heard Jr.

I would have loved to see the look on Alek's face when he lost, for months he was bragging on social media about how much more campaign money he had than Defazio as if he won the election already solely over that. He had the most money during the county commissioner race and lost, why would this be any different?

The mentality of his supporters in Douglas County I found to be amusing as well. I saw several facebook comments where people had it in their head that beings Douglas County consisted almost entirely of Republican voters, that Alek's victory was pretty much a given. While it may be true thats the case, anyone running for a high state position thats a Republican typically already lost the battle once the people in the Portland and Salem areas start voting that are almost all Democrats. The voters in Douglas County are a mere spec compared to those 2 areas.

I'm not saying Defazio is perfect, but Alek would have been a disaster in a position of power like that. I'm curious to see now if he tries to go back to having a real job or even a common person's job beings he apparently doesn't want to ever mention he used to work for Costco when hes asked about his work experience. He usually just says his jobs consist of "Actor and Public Speaker".

Concur. Skarlatos is way too green. He needs to get some experience and education, to *maybe* get qualified to run in a much lower tier of candidates. A US representative represents hundreds of thousands of citizens (in our case, over 800,000), as their sole representative in the US House of Representatives, with all of the Article 1 constitutional duties, including war and peace, budgeting, etc. etc. I'm pretty certain that Skarlatos had no concept of the magnitude of the job; no respect for the gravity of that position, and no respect for the interests of his would-be constituents. That in itself is utterly disqualifying.

Yeah to Oregonians we have dodged a bullet. Yea for Peter DeFazio 👍