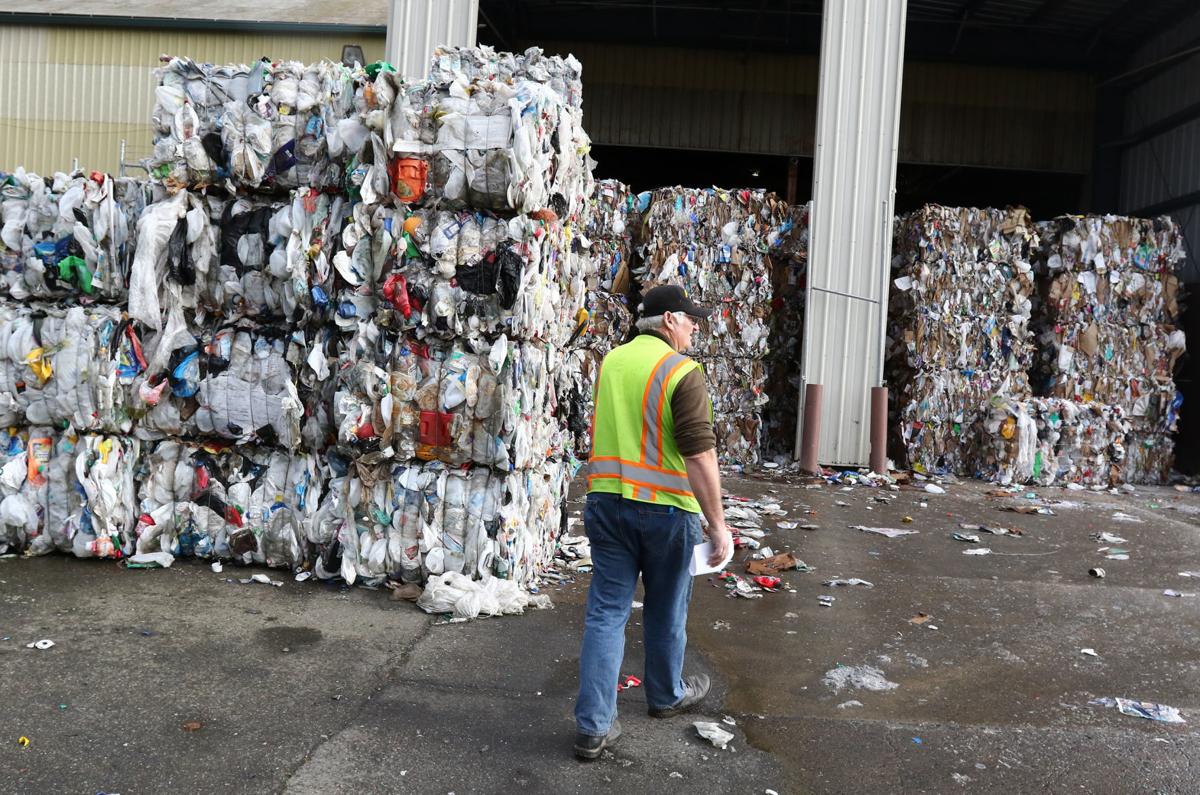 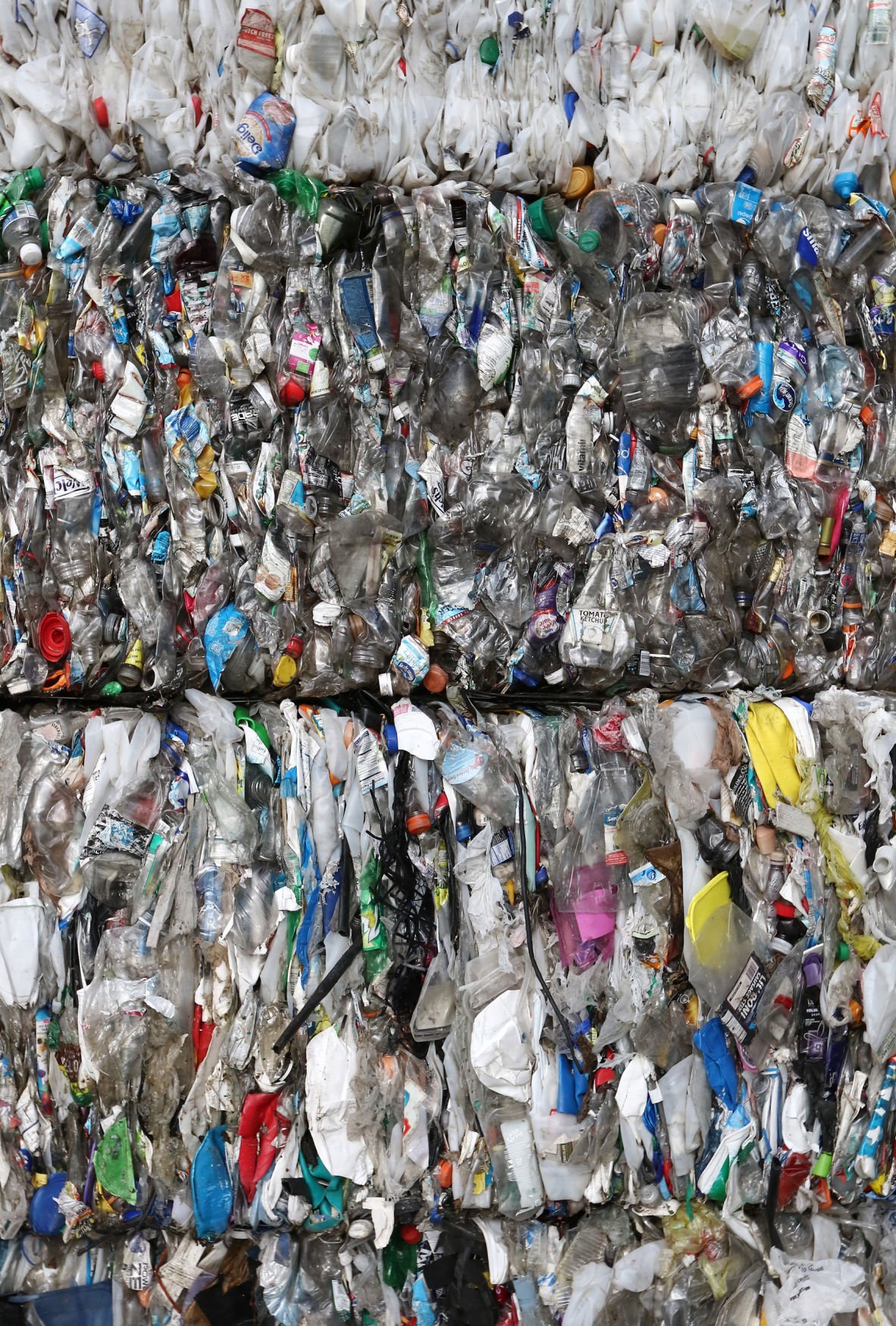 Bundled plastics waiting to be transported at Sunrise Enterprises in Green on Friday. 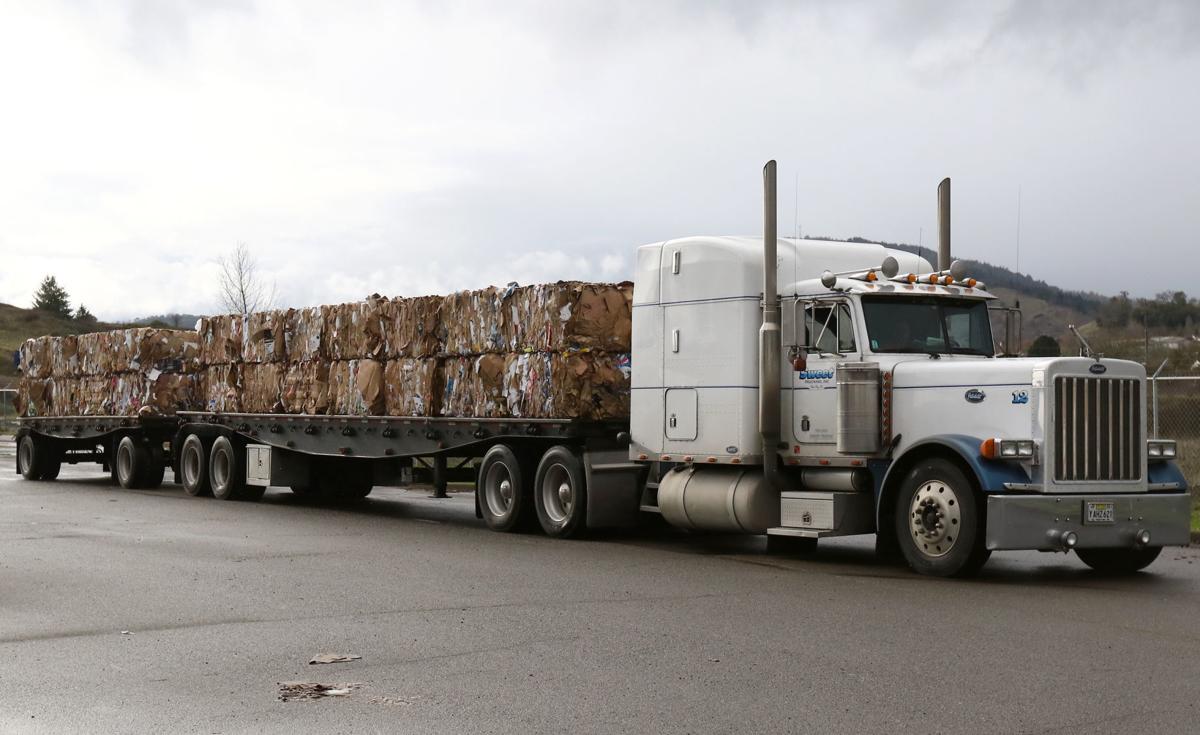 A truck leaves Sunrise Enterprises in Green in January loaded with corrugated cardboard.

Bundled plastics waiting to be transported at Sunrise Enterprises in Green on Friday.

A truck leaves Sunrise Enterprises in Green in January loaded with corrugated cardboard.

But as the cost of recycling rises due to tighter restrictions, those items might be headed for a landfill in the near future. As of now, the local disposal companies are just paying more to be able to keep recycling.

Roseburg Disposal Co., Sutherlin Sanitary Service and other companies collect recycling from residents throughout the county and bring it to Sunrise Enterprises. Sunrise then ships it to processors in Portland and Washington that sort the material. These processors sell some of the materials domestically, like paper and cardboard, while they ship most of them to China.

However, China recently banned imports of 24 kinds of solid wastes it deems hazardous. The country has begun turning away entire shipments of recyclables because too many non-recyclable materials are mixed in.

“It’s really a crisis because we’re running into no way to get rid of the recycling once it’s collected,” John said. “Right now we’re paying considerably more per ton to have materials recycled than we are to landfill it, which we can only sustain for a short amount of time.”

Over the last two months, Sunrise Enterprises has had to pay a great deal to ship the same materials that were once cost-neutral, according to CEO Shane Kalar.

Kalar said that’s because the facilities that sort the recycling have had to slow down their sorting process to meet the new standards, which takes more labor and time.

Kalar said so far Sunrise’s recycling program hasn’t changed, but changes will definitely come in the next six months.

Grant Fahey, operations manager at Sutherlin Sanitary Service, said customers will be notified as soon as there is a change, whether it’s passing the higher costs on to them, sending recyclables to the landfill or restricting the types of materials they can recycle.

“Ultimately it will be a dollars and cents issue, because we can get rid of the material but it’s just at a rate that is so much higher than just dumping it in the landfill,” Fahey said. “By that standard, the DEQ no longer considers it a recyclable material if it costs more to collect it and reuse it than just to dump it in a landfill.”

In November, the Oregon Department of Environmental Quality announced it will allow for recyclable materials to be thrown in landfills if at least three processors were asked to buy them, if the materials cost more to collect and sell than to landfill them, and if local governments have been informed.

Fahey said by that standard, he thinks only a couple items — corrugated cardboard and aluminum cans — would still be considered recyclables, and everything else might become too expensive.

He said it’s a hard decision to make.

“You don’t want to dump all this material in the landfill because that’s bad for the environment, but a lot of people can’t afford to recycle, so it’s going to be a long, drawn-out process for how we get to the best solution for the most amount of people, and it’s going to be a lose-lose situation,” Fahey said.

A common problem is wishful recycling, like when people aren’t sure of whether or not a No. 5 plastic yogurt container can be recycled, but they throw it in the curbside bin anyway, or when they try to recycle a pasta sauce container without cleaning it out.

“China is accepting 0.5 percent contamination and if they find contamination they summarily will reject an entire load,” John said. That means if there are a few bottle caps mixed in, or a few dirty containers, the Chinese market will not accept any of it and will send the shipment back to the U.S.

John wants people to remember, “if in doubt, throw it out.”

She said her company has tried for many years to encourage people to recycle, and everyone involved in the industry is having a hard time with the looming changes.

“The thought of putting recyclables into the landfill, it may eventually have to be done but it sickens every person talking about it,” John said. The issue is personal for John, as she’s the third generation in her family to run Roseburg Disposal since her grandfather started it in 1932. When John was in college, she came home to Roseburg the summer of 1992 to set up the curbside recycling program, and after moving away for a different career she returned to the family business six years ago.

“Whatever the public can do to clean up and stop the wishful recycling would be an enormous help to everybody because we’re all in the same boat,” John said.

Scott Adams, Douglas County public works director, said the county has been working with the disposal companies and Sunrise Enterprises to gather information and find a solution, though it’s too early to report any specific plans.

“It is pretty scary, the picture that’s being painted,” Adams said. “We’re working on that and trying to find what’s best for the county, the residents and the markets we can work with on recycling.”

Kalar said the U.S. recycling industry is currently working on finding new markets with companies in Malaysia and Vietnam, though the recycling systems there do not necessarily have the capacity to take the amount of recyclables coming from the U.S.

“As a community we are going to have to refine our recycling skills but we expect we will continue to have recycling programs,” Kalar said.

John said recycling programs have to be done in bulk, and she doesn’t think it’s feasible for only some community members to pay extra to be able to keep recycling if the rest of the county is not on board.

What can currently be recycled?

Cardboard— Broken down and flattened, without any wire or plastic. Brown paper bags can be recycled with cardboard. Place at curb side. Waxed cardboard cannot be recycled.

Paper— Anything that comes in newspaper or mail, as well as office paper. Place in the bottom of recycling bin.

Plastics— Only rinsed and cleaned plastics with 1 or 2 on the container, and without the lids.

Glass— Rinsed bottles and jars only, without the lids. Labels do not need to be removed. Place in separate bin.

Recyclables that are not prepared and separated properly become garbage.