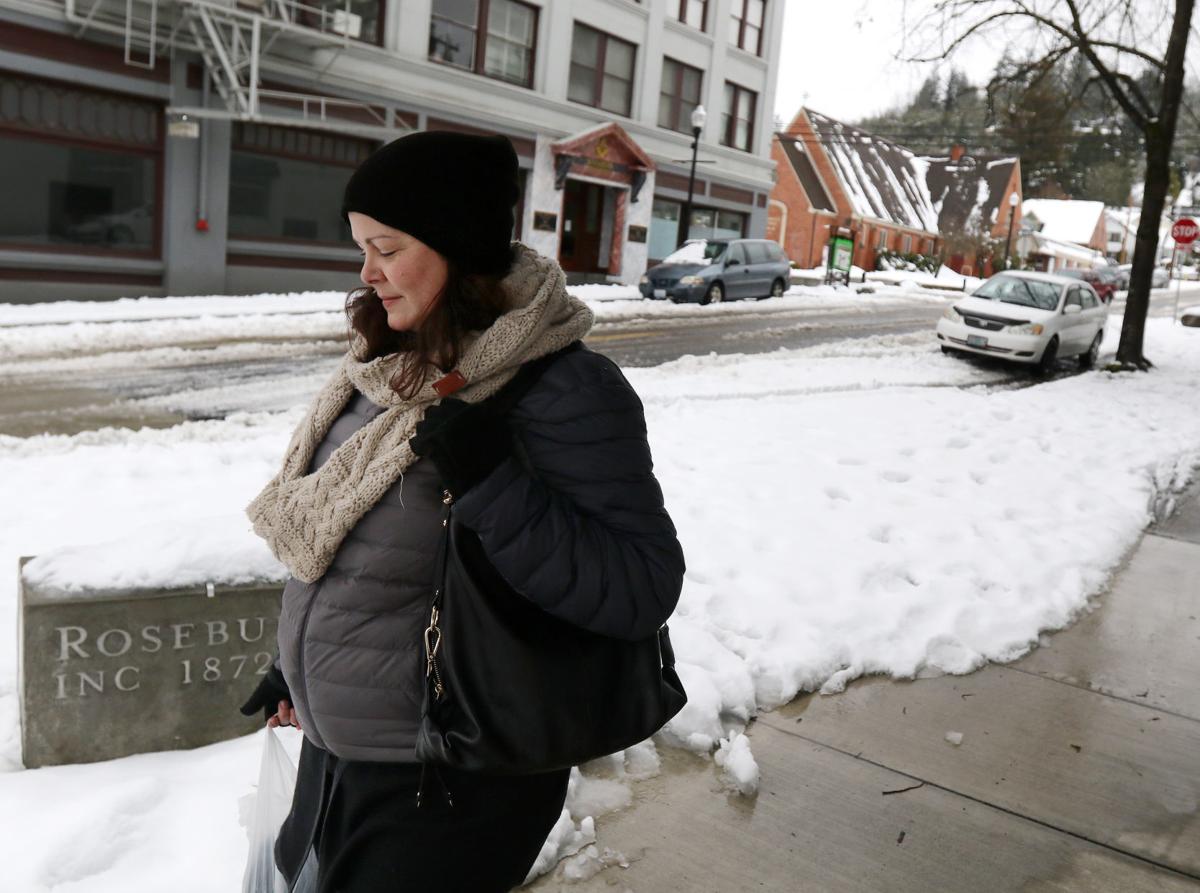 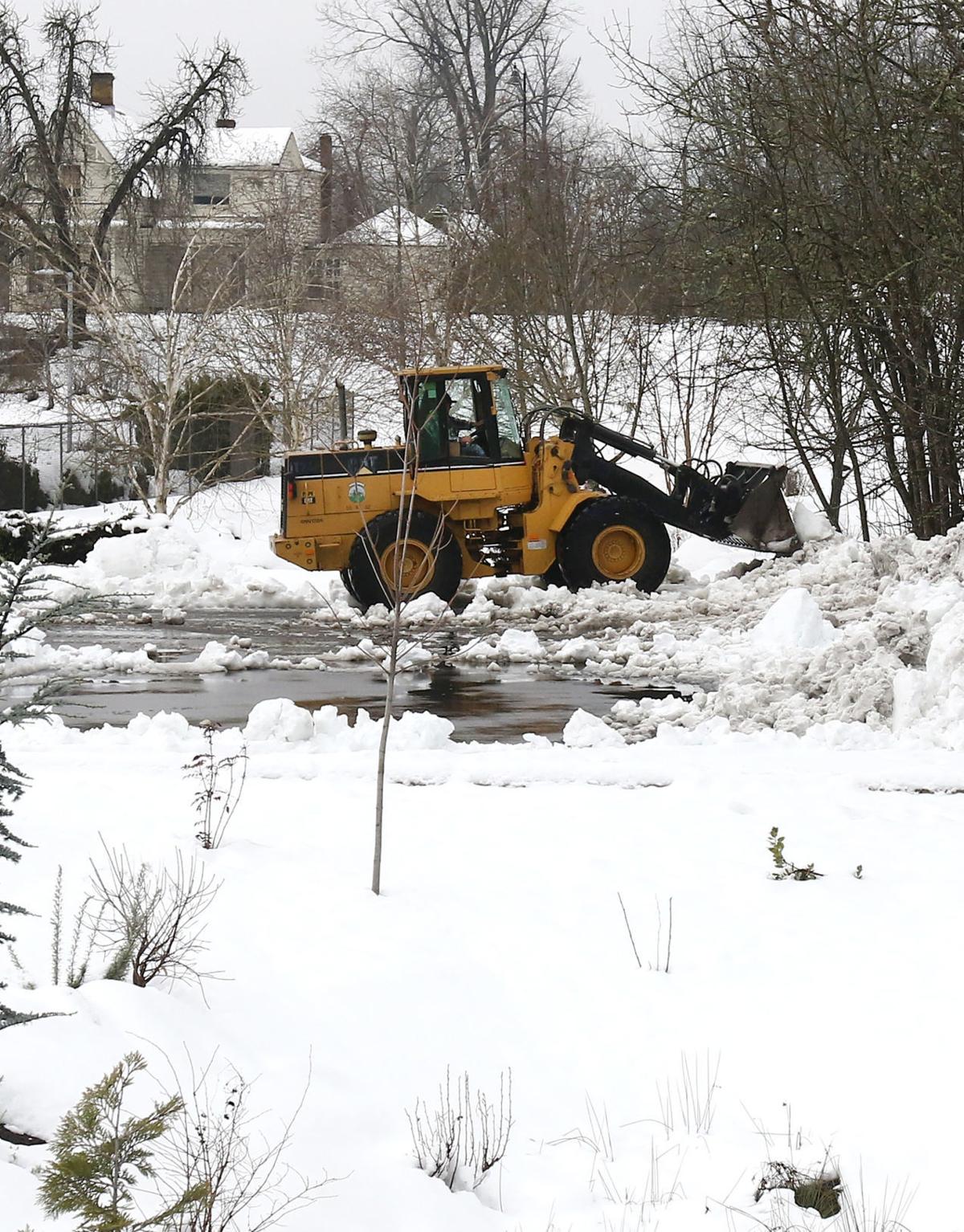 A Roseburg Public Works vehicle clears a parking lot of snow in downtown Roseburg on Wednesday.

A Roseburg Public Works vehicle clears a parking lot of snow in downtown Roseburg on Wednesday.

After the biggest snowstorm in decades hit Douglas County this week, the one upside may be drought relief.

Recent rain and snow helped bring a portion of the county out of drought for the first time since spring 2018 last week. But the county’s need for water isn’t totally satisfied, according to Susan Douthit, watermaster for the county.

“We got a big dose and that’s great,” Douthit said. “Unfortunately, an extended period of dryness it not necessarily solved by a week of super great moisture.”

Snow pack in the Umpqua and Rogue basins is at 115 percent of normal compared to the 30-year median as of March 1, according to the Natural Resources and Conservation Service. Additionally, streamflows in the basin are as much as 150 percent of normal this week.

But after almost nine months of drought conditions, it will take many more weeks of rain and snow in the mountains — preferably late into spring — to meet the county’s water needs ahead of summer, Douthit said.

“It’s all about timing,” Douthit said. “Ask me on my birthday how the water is. My birthday is in April. Then we will have a better sense. Again, this could all be gone. Next week we get 60 degrees, we’re done.”

“We need water in the heat of the summer,” Douthit said. “So how do we retain the water or store the water until then. Thankfully, folks in Douglas County along Cow Creek and South Umpqua have access to the Galesville Reservoir.”

The recent storms brought the reservoir up a couple feet, Douthit said. But she added “we are 12 feet below where we want to be” at the Galesville Reservoir. “We need six or seven times more of this before we’re even average,” she said.

It’s almost inevitable that water usage regulations will be imposed on areas of the county this summer, according to Douthit.

“We’re still going to have our folks on the Calapooya that see me every year on their doorstep this year, despite 15 inches of snow at my house,” Douthit said.

“I’m cautiously optimistic,” Douthit said about how the recent storms will help the county’s water resources.

Stop with the fake news....I keep a hydrologic record and since October 1, 2018 we have had a little under 48" so far in the Roseburg area...I really don't know where these "untruths" are coming from...

Thank you for engaging with my story. Despite the amount of precipitation the Roseburg area has received since the fall, more than 60 percent of the county is still considered to be in a "moderate" drought by the federal U.S. Drought Monitor as of last week. The drought monitor determines an area is in a drought by comparing historic climatologic, agricultural and hydrologic data with current data and reports from local sources and experts. Susan Douthit, southwest Oregon watermaster for the Water Resources Department, reinforced the assessment of the drought monitor with comments included in the story.