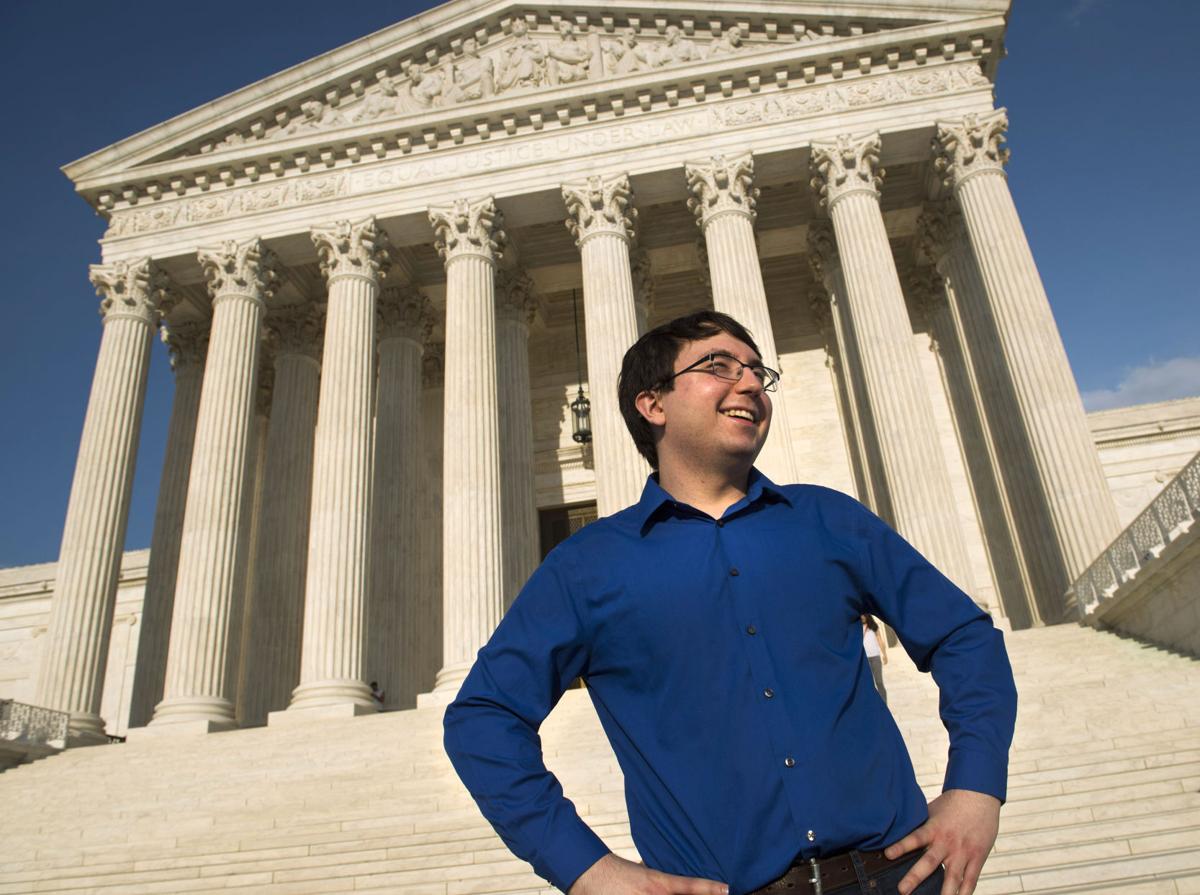 In this photo from April 22, Alex Loznak, one of the youth plaintiffs, stands outside the U.S. Supreme Court. 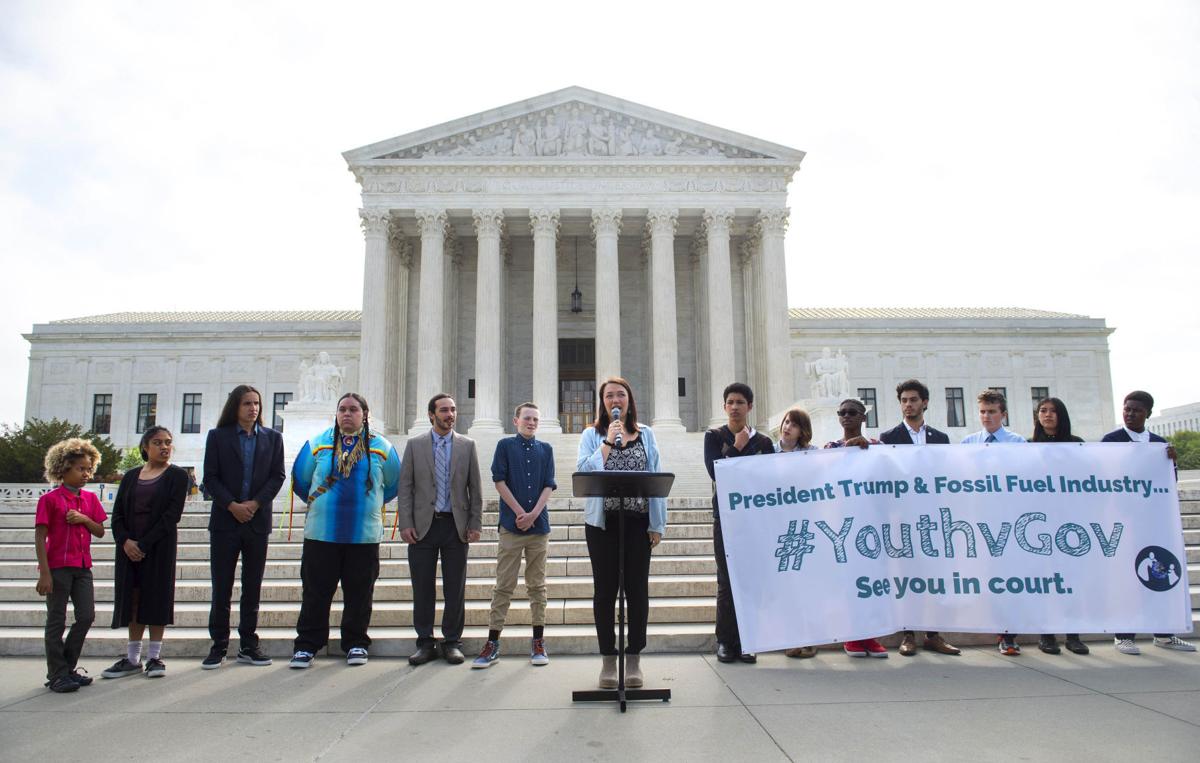 Several of the youth plaintiffs stand outside the U.S. Supreme Court during a press conference attended by both Oregon senators. Jacob Lebel of Douglas County, fifth from left, is one of the 21 plaintiffs.

In this photo from April 22, Alex Loznak, one of the youth plaintiffs, stands outside the U.S. Supreme Court.

Several of the youth plaintiffs stand outside the U.S. Supreme Court during a press conference attended by both Oregon senators. Jacob Lebel of Douglas County, fifth from left, is one of the 21 plaintiffs.

The case is one of several brought forth by youth across the country who are suing the federal government for violating their constitutional rights by knowingly contributing to climate change.

“This is a great victory for our team and the youth of Oregon and across the country,” said Alex Loznak of Douglas County, one of the 21 youth plaintiffs and a student at Columbia University in New York.

In Judge Coffin’s findings and recommendation, he wrote, “The court may make findings that define the contours of plaintiffs’ constitutional rights to life and a habitable atmosphere and climate, declare the levels of atmospheric CO2 which will violate their rights, determine whether certain government actions in the past and now have and are contributing to or causing the constitutional harm to plaintiffs, and direct the federal defendants to prepare and implement a national plan which would stabilize the climate system and remedy the violation of plaintiffs rights.”

Loznak said Judge Coffin restated many of the conclusions he and Honorable District Judge Ann Aiken have already reached on the case. Though the defendants argued climate change is not an issue for the courts, Coffin’s ruling reiterates that the constitution does not delegate climate change to any one branch of government.

Coffin compared the climate trial, which is set for late summer or early fall, to other famous cases that tested science in court, like Copernicus’ heliocentric theory or the teaching of evolution in the Scopes trial.

“He’s saying this is going to be a major trial putting scientific research on trial,” Loznak said. “It’s also going to deal with the factual record of decisions the federal government has made knowingly to increase carbon emissions that lead to climate change, even though they knew it was going to kill U.S. citizens and damage property.”

“Defendants and Intervenors...underestimate the nature of the danger allegedly created by their actions,” Coffin wrote in his recommendation. “The taking of evidence will flesh out those critical issues. The current posture of the case is such that any appeal would be premature.”

The youth’s case also asks the court to block the Jordan Cove LNG project and pipeline in southwestern Oregon. Though the Federal Energy Regulatory Commission previously denied the project, it’s back on the table. Trump is planning to appoint new members of FERC and Trump’s economic advisor, Garry Cohn, has publicly said he favors the pipeline. In that context, Loznak said Coffin’s recommendation is a ray of hope for the community and for young people in Oregon and across the country.

The Trump administration and fossil fuel industry defendants have until May 15 to file written objections to Judge Coffin’s recommendations with the court. The youth’s attorneys will have 14 days from when those objections are filed to respond.

“This is a well-reasoned opinion and it will now go to Judge Aiken for approval. There’s really nothing more for the Trump administration and fossil fuel defendants to argue at this point,” said Professor Mary Wood, of the University of Oregon School of Law. “They should just get ready for trial.”

“It’s time for the defendants to accept they are going to trial and not try to continue bending the rule of law to delay a judgment in this case,” said Julia Olson, plaintiffs’ counsel and Our Children’s Trust’s executive director, in a statement. “President Trump must accept that the courts do not do his bidding, and in a court of law, ‘alternative facts’ are considered perjury.”

Several of the plaintiffs joined the People’s March for Climate in Washington, D.C., Saturday and held a press conference at the U.S. Supreme Court, where four U.S. senators were in attendance.