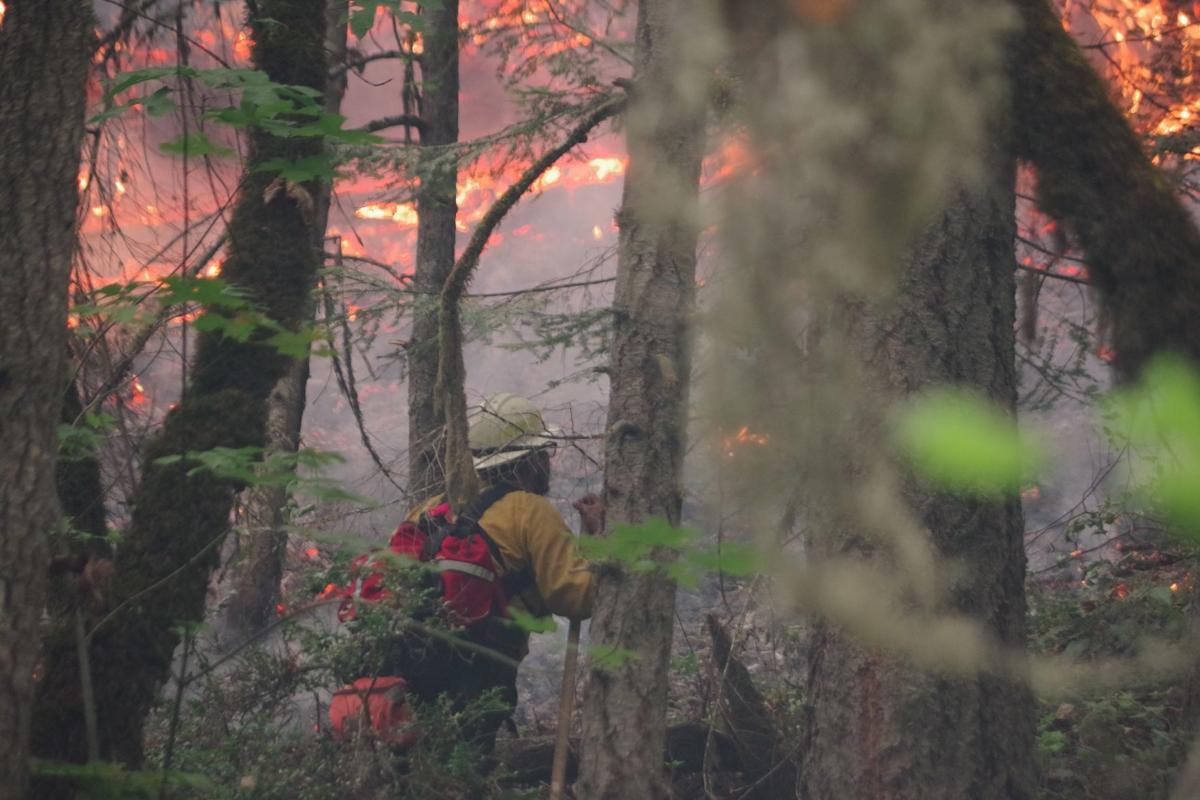 Firefighters with the Oregon Department of Forestry incident management team assigned to the Milepost 97 Fire looked to make progress on the largest fire on the contiguous West Coast on Monday. 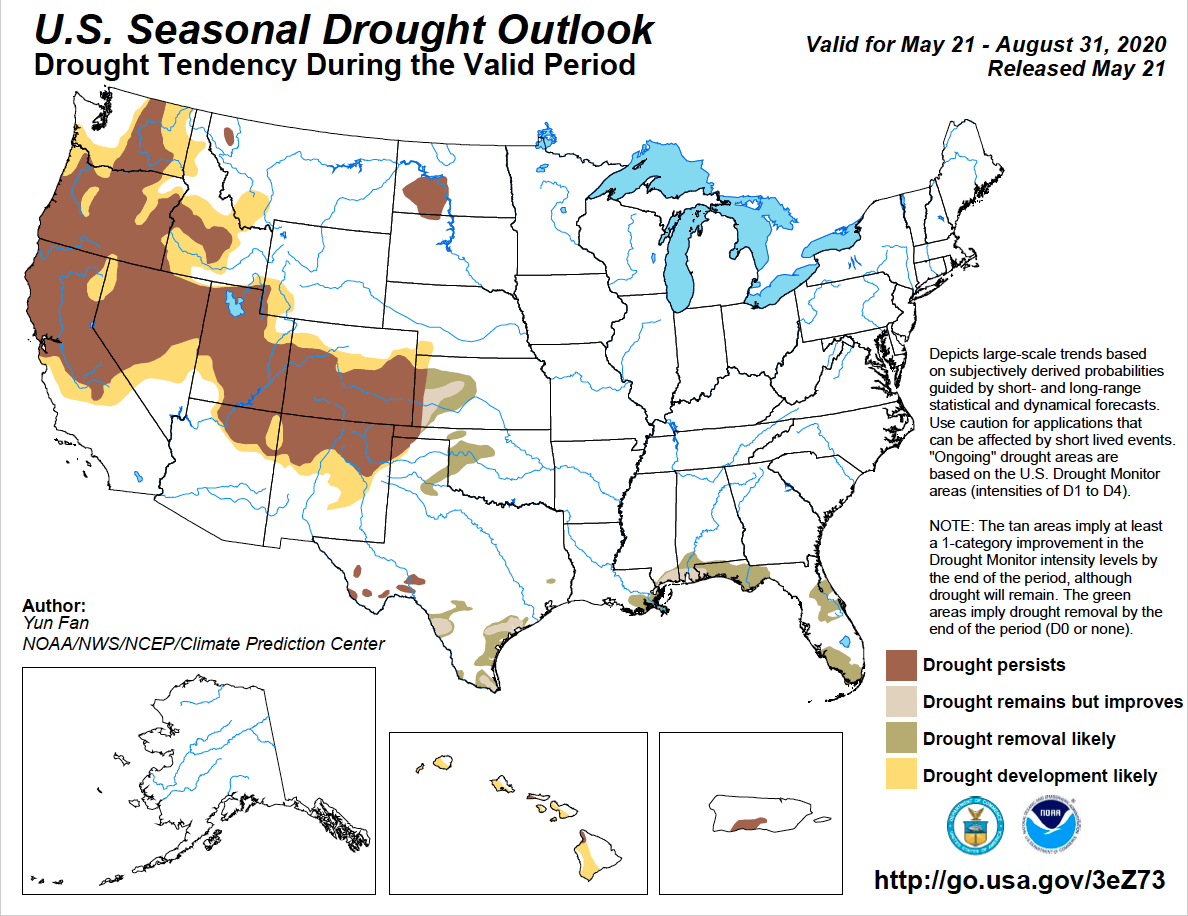 Forecasts provided by the National Oceanic and Atmospheric Administration that run through the end of August show Oregon as the only state in the United States likely to be consumed by drought.

Firefighters with the Oregon Department of Forestry incident management team assigned to the Milepost 97 Fire looked to make progress on the largest fire on the contiguous West Coast on Monday.

Forecasts provided by the National Oceanic and Atmospheric Administration that run through the end of August show Oregon as the only state in the United States likely to be consumed by drought.

Above-normal rainfall for May in Douglas County hasn’t quenched the area’s need for more moisture on the eve of fire season, set to begin Monday.

The Douglas Forest Protective Association this week announced its official start to fire season this year as June 15. The agency has also been aided by Mother Nature in initial fire-prevention tactics, as rainfall for the month of May finished an inch above average.

But Kyle Reed, spokesman for the DFPA, is still stressing caution for the summer, noting how recent moisture accumulation doesn’t necessarily mean this year’s fire season will be a boring one.

“We’re still nearly 12 inches short of where Roseburg typically is for rainfall levels at this time of year,” Reed said. “We considered moving fire season up earlier before some of those showers we got this past month.

“In the short term, all of that rain definitely helped,” he said. “But in the long term, the rainfall deficit we face right now probably means this summer will shape up to be a busy summer.”

Forecasts from the National Oceanic and Atmospheric Administration show drought conditions that will persist or start across almost all of Oregon through at least the end of August. For the Roseburg area, rainfall measurements through Thursday were at 22.03 inches for the rain year, which starts at the beginning of October each year.

That total, however, is well behind the average rainfall of 34 inches through June 11 of each calendar year. That means, per usual, prevention will be emphasized since most of the fires DFPA puts manpower up against are human-caused.

“The worst kind of thing we can have happen are multiple lightning strikes,” he said. “Those are a real mess and things that you don’t have any control over.”

He said that’s the reason why the agency stresses prevention as a way to limit exposure of firefighters while keeping resources available in case, for example, calls on multiple smaller fires come while resources are diverted to bigger blazes.

Last fire season was mild compared to standards set in previous years. The Milepost 97 Fire south of Canyonville, which burned more than 13,000 acres, was the season’s biggest fire and caused no casualties or threatened structures. That’s in stark contrast to the year before when close to 70,000 acres burned and fires of up to 5,000 acres were reported as late as November.

Last year, however, the state was hammered with winter moisture levels that, in some places, were 120% above normal.

Regardless, Reed said firefighters will begin training for the upcoming season on Monday, and he expects an estimated 110 firefighters to be on hand for the summer.

In case you didn't out the window, our area just got another 1/2 inch of rain...and it's going to rain for the next couple of days. How about postponing the burn season for another week?