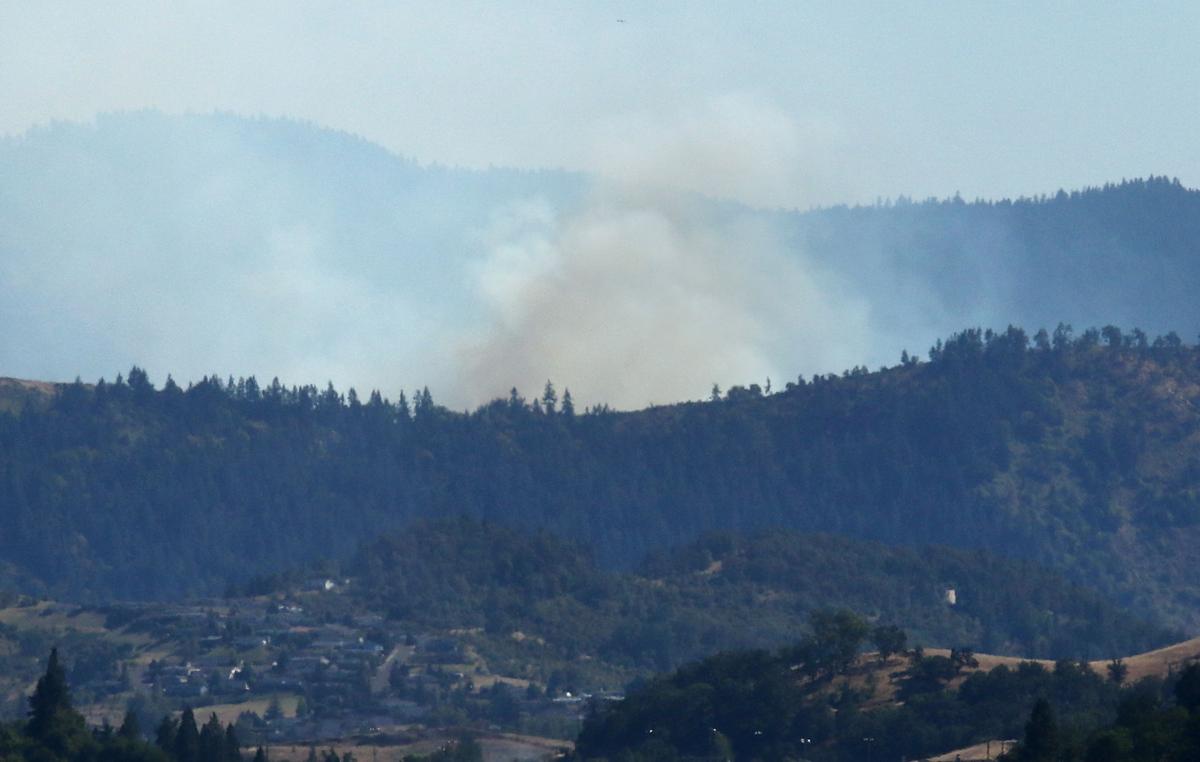 A plume of smoke rises from the Rice Creek Fire south of Roseburg on Thursday afternoon. 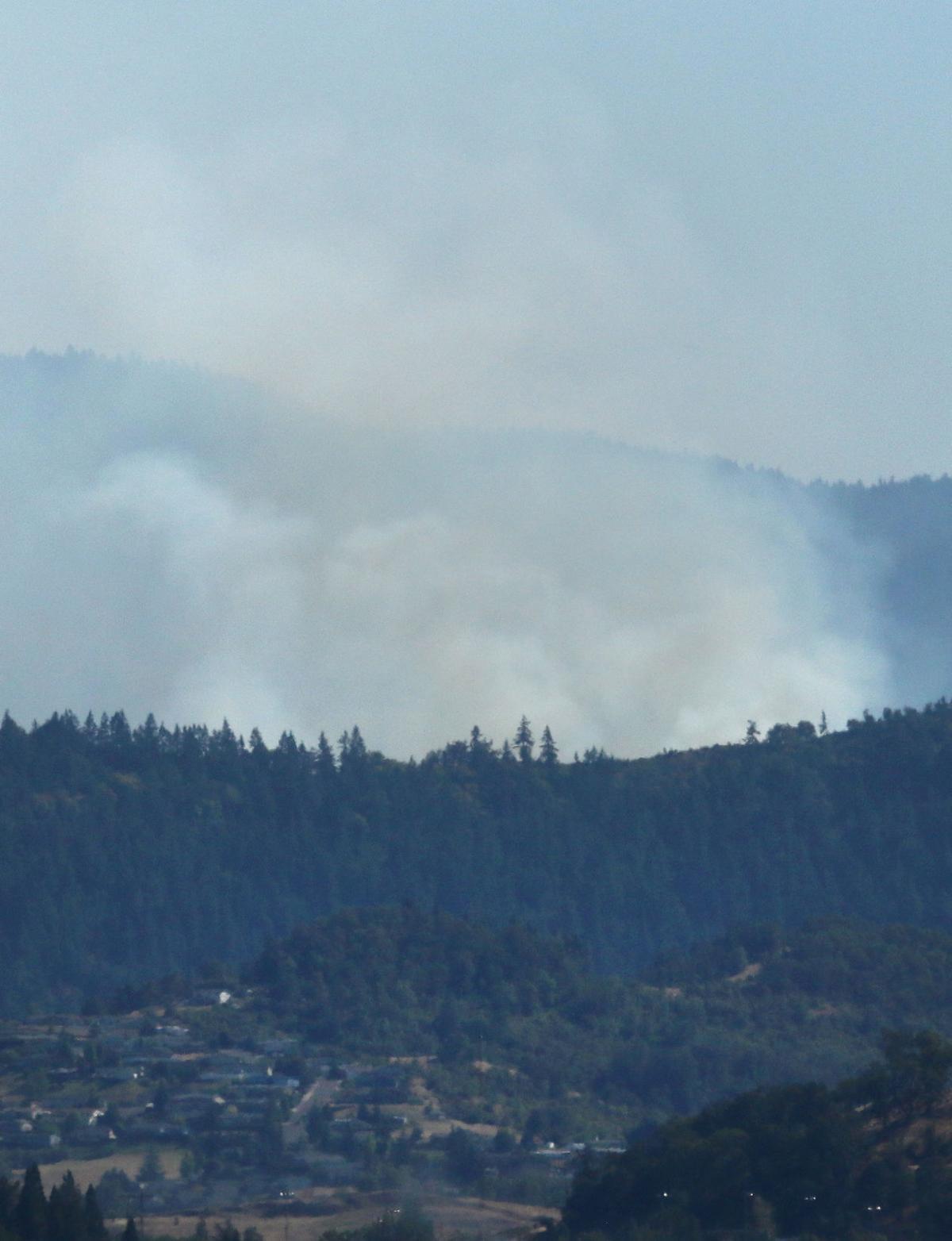 A plume of smoke rises from the Rice Creek fire south of Roseburg on Thursday. 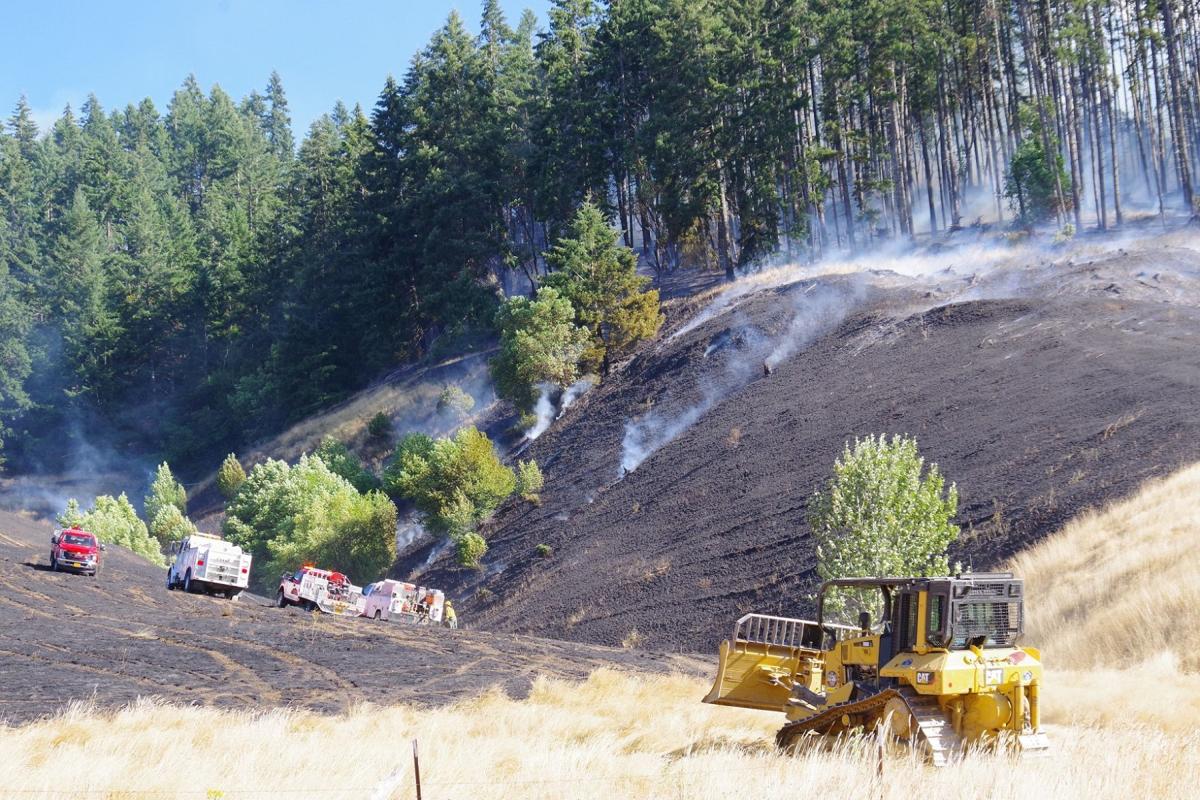 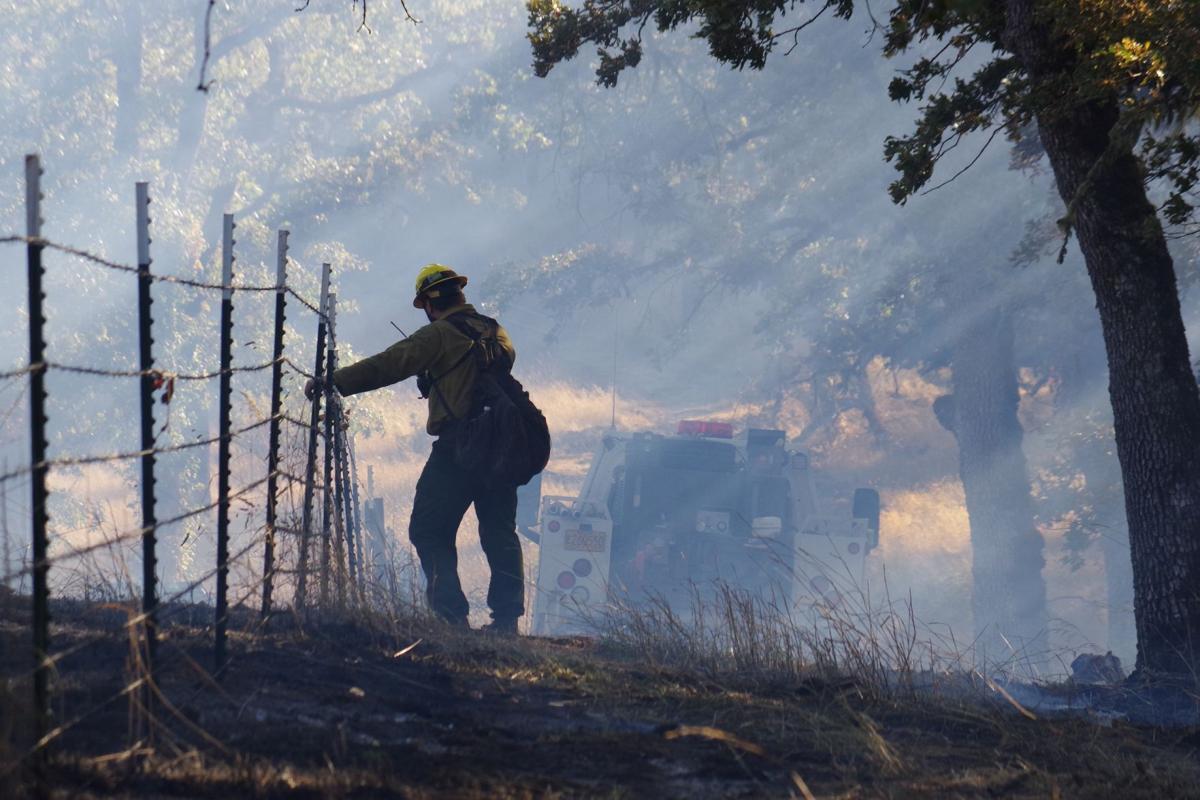 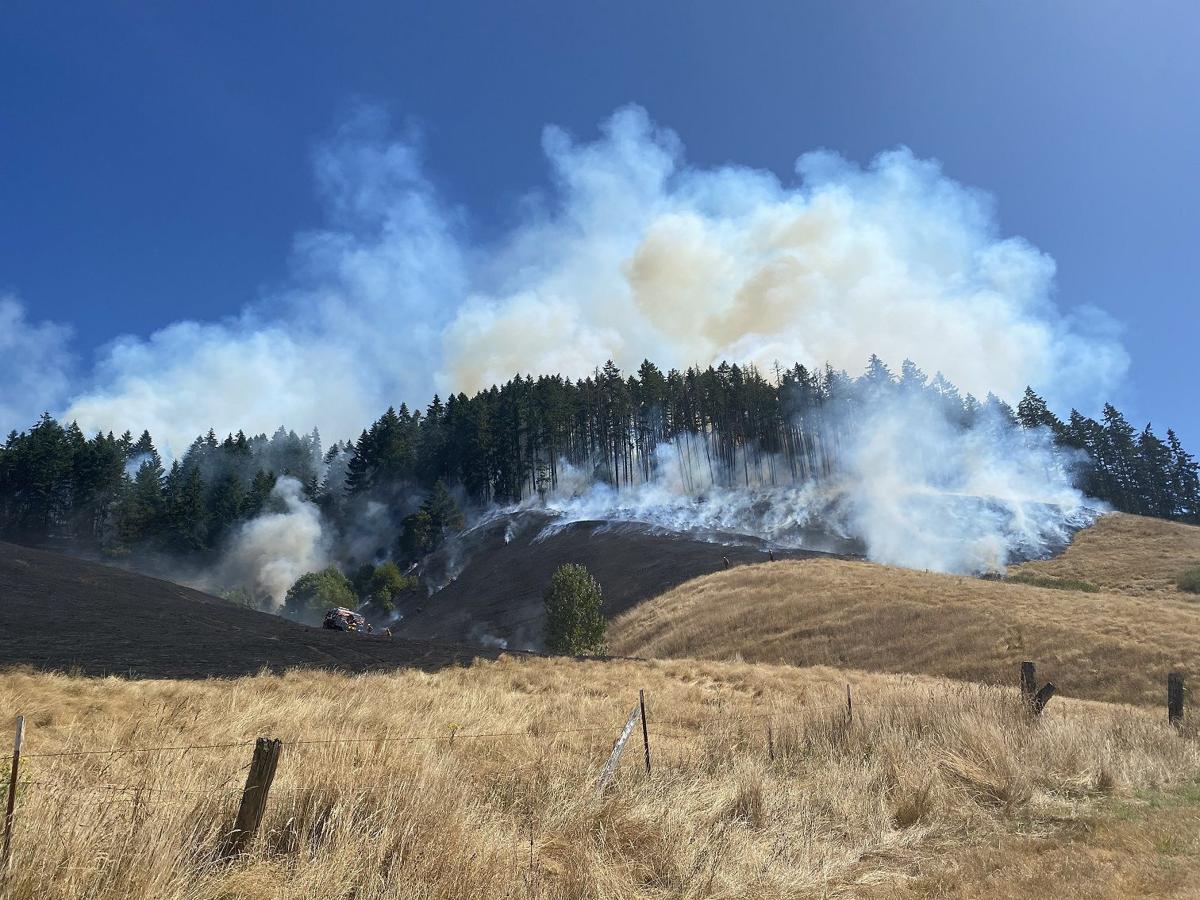 A fire at Rice Creek on Thursday afternoon sends a plume of smoke into the air.

A plume of smoke rises from the Rice Creek Fire south of Roseburg on Thursday afternoon.

A plume of smoke rises from the Rice Creek fire south of Roseburg on Thursday.

A fire at Rice Creek on Thursday afternoon sends a plume of smoke into the air.

After a full week spent fighting fires, The Douglas Forest Protective Association announced it will increase fire danger in the Douglas District to “HIGH,” effective today. On Thursday, the same day as the announcement, crews contained four more fires that broke out in Douglas County.

“We need everybody to be careful right now,” Reed said.

Around 11 a.m., crews from the DFPA and North Douglas County Fire responded to two fires located near the intersection of Coffee Crossing Lane and Eagle Valley Road between Drain and Yoncalla.

When working to take out those fires, another fire was reported about one mile north near the Drain curves. Reed said responders quickly contained all three fires by 1:30 p.m.

That afternoon, around 3:40 p.m., crews from the DFPA, the Winston-Dillard Fire Department and Douglas County Fire District No. 2 responded to a fourth fire, on Rice Creek Road 4 miles south of Winston, which sent a visible plume of smoke into the air.

Upon arrival, the DFPA reported that the grass fire was an acre in size and climbing the hillside toward a stand of timber. Responders slowed the fire using three helicopters, two bulldozers and nine fire engines. Battling strong winds, they reportedly contained most of it by 6:15 p.m., after it burned 15 acres of wildland. Its cause is under investigation.

On Wednesday afternoon, crews from the DFPA, the Azalea Rural Fire Department, Canyonville-South Umpqua Fire Department and Oregon Department of Transportation put out a fire that burned a quarter acre of wildland near milepost 92 in the southbound lanes of Interstate 5.

And before the other fires had started this week, emergency crews were already working through Thursday to contain the Days Creek Road Fire, which the DFPA reported to be 35 acres on Monday and Tuesday but reduced it to 25 Wednesday. It is now fully contained and being monitored, according to the DFPA.

The “HIGH” danger level applies to all land within the Douglas District, including private, county, state, Bureau of Land Management and Bureau of Indian Affairs land.

All other Public Use Restrictions, available at www.dfpa.net, remain in effect and unchanged. The DFPA also has a 24-hour information line at 541-672-0379.