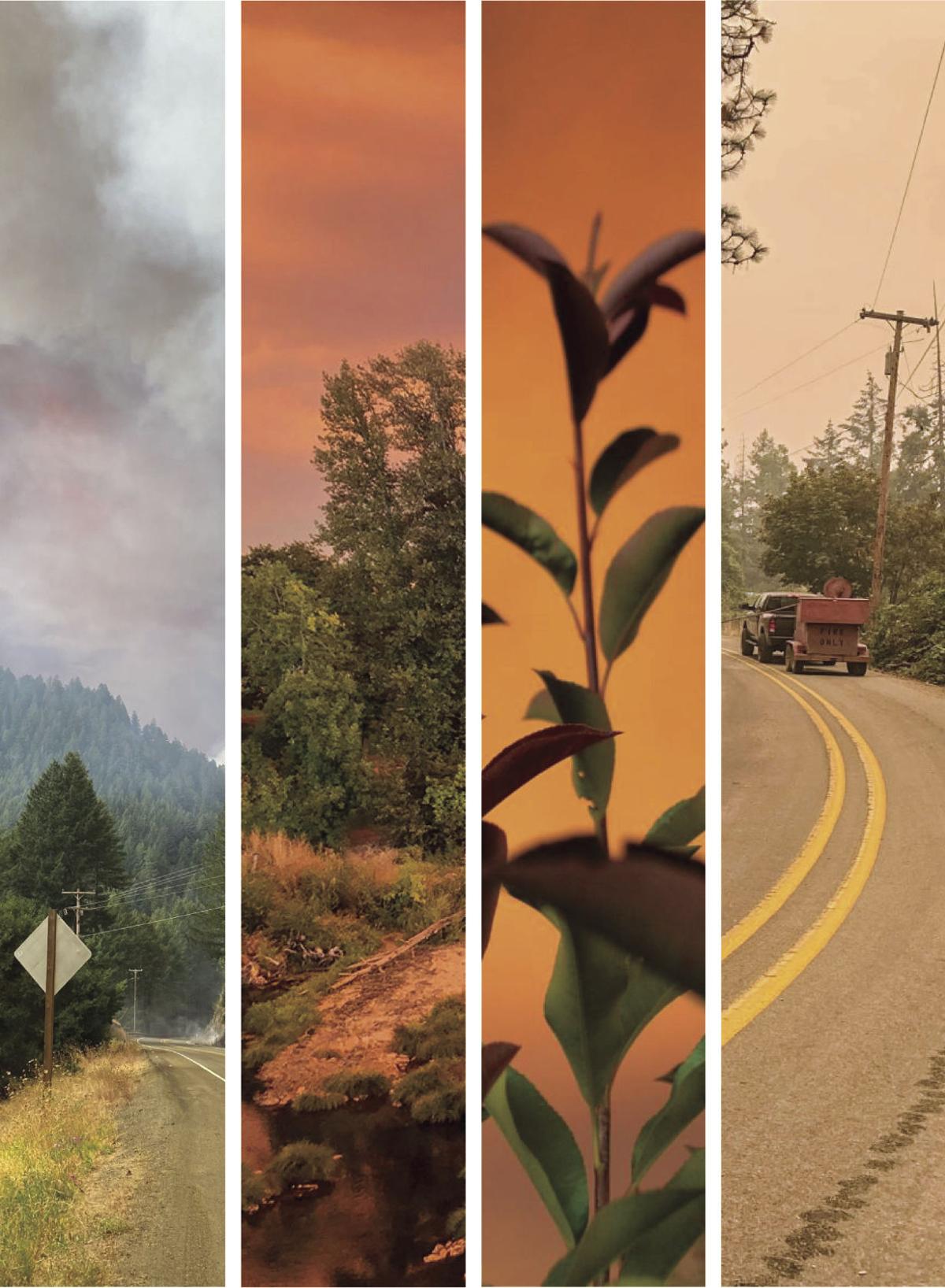 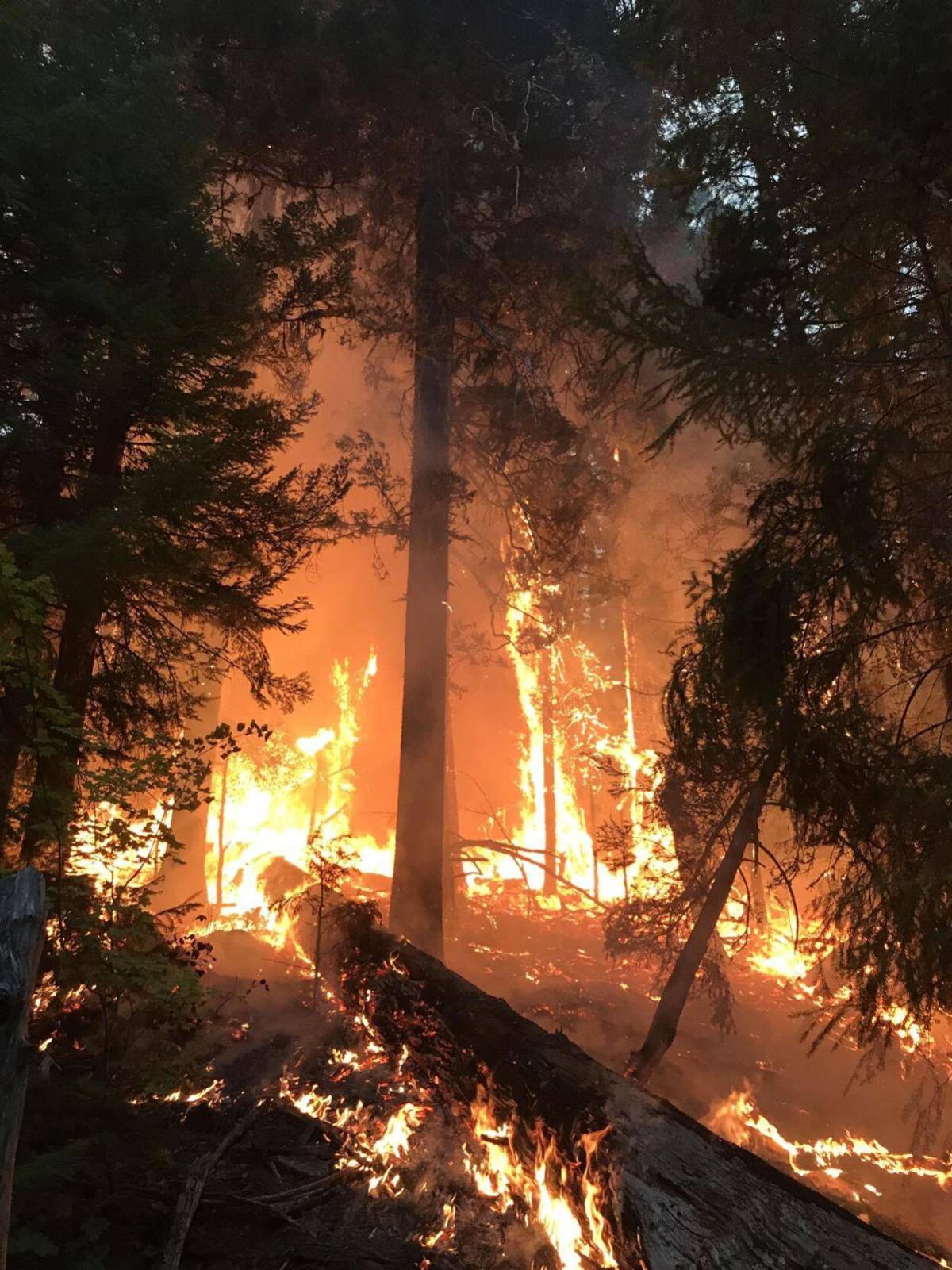 A scene from the eastern flank of the Archie Creek Fire last Monday. 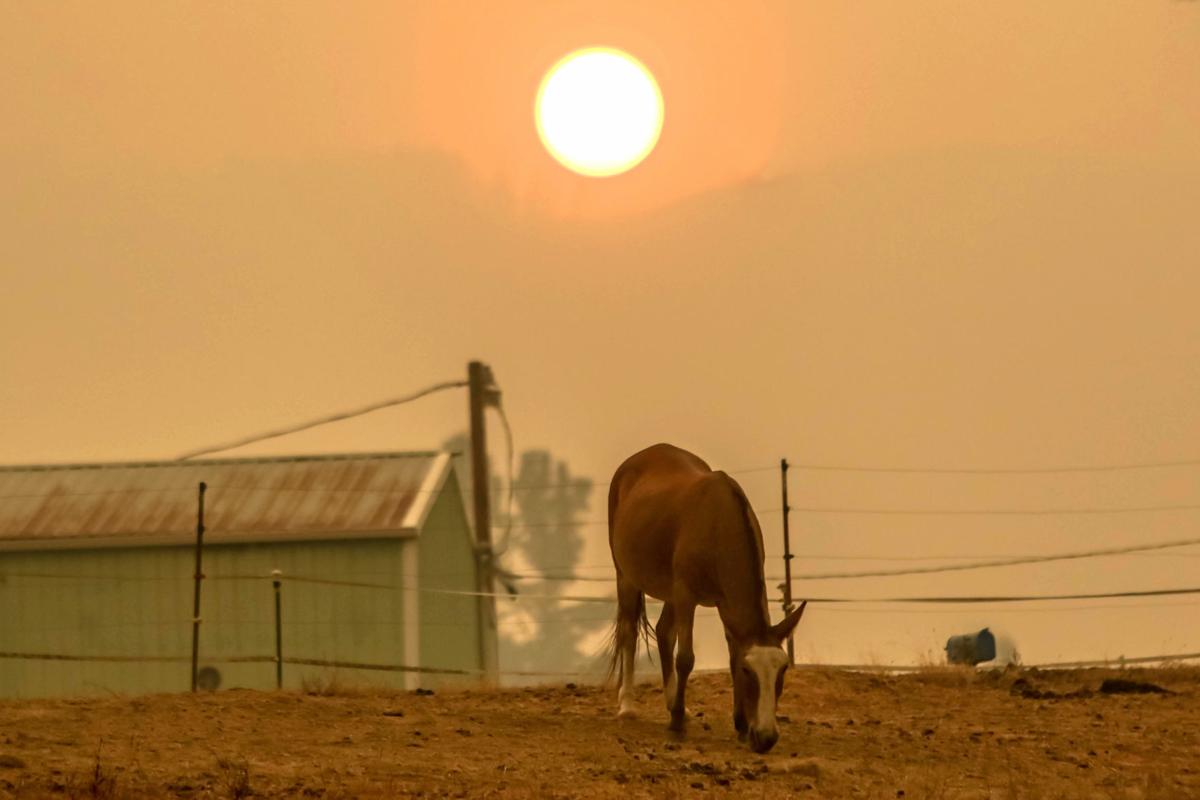 In this image from Thursday, Sept. 10, thick smoke from the Archie Creek Fire creates an orange glow for the setting sun and this horse on Doerner Road.

A scene from the eastern flank of the Archie Creek Fire last Monday.

In this image from Thursday, Sept. 10, thick smoke from the Archie Creek Fire creates an orange glow for the setting sun and this horse on Doerner Road.

For decades, there have been warnings.

Some pointed to climate change, others to a buildup of fuels — the trees and underbrush that fire burns through — in federal forests. But many agreed on this: the forests that cover much of Douglas County, and the West more generally, are at risk of devastating wildfires.

This month, communities across Oregon, Washington and California have experienced that devastation firsthand. In our own backyard, the Archie Creek Fire continues burning on more than 130,000 acres and 109 homes have been lost.

The News-Review spoke to a timber industry representative and two Oregon State University scientists about the problems that led up to this month’s wildfires.

What we learned is that it doesn’t come down to a contest between one or the other of these factors leading to bigger, hotter wildfires across the state. It’s not fuels versus climate at all.

That’s because fire needs fuel to burn, and climate change leads to longer, hotter fire seasons and drought conditions that have made excess fuel very, very dry — just the way fire likes it.

Add to those factors a source of ignition and unfavorable winds and the result is disaster.

Erica Fleishman, director of the Oregon Climate Change Research Institute and professor at the Oregon State University College of Earth, Ocean, and Atmospheric Sciences, said the average annual temperature in the Pacific Northwest has warmed about 2 degrees since 1900. By 2100, Oregon is projected to warm between 4 and 9 degrees.

But the biggest problem for trees and other plants, Fleishman said, isn’t the averages. It’s the stressors that come from those small degrees of warming that occur at critical points of the year — making fire season a little longer, a little hotter, and a whole lot drier.

Rain isn’t as valuable as snow in preventing drought, even if the same amount falls from the sky. Freezing temperatures can ensure the snowpack necessary to prevent drought, and a warmer climate means fewer days when the mercury dips below 32.

“For some organisms, it may not matter that much whether it’s 72 degrees or 74 degrees, but it might make a big difference whether it’s 31 degrees or 33 degrees,” she said.

As the climate warms overall, the potential for extreme heat also increases.

The number of days with highs above 86 degrees is likely to double in much of the state by the middle of the century, Fleishman said.

Unfortunately, the devastating forest fires that have raged across our state this month came as no surprise to climate scientists. Even without the buildup of fuels on federal forests, Fleishman said the increasing temperatures would cause more wildfires.

“What’s happening now is what scientists have been projecting for several decades. We would all rather have been wrong. No one wants to say we told you so because we live in these communities, we are affected ourselves. Our friends our families our communities are affected and it’s a really crummy way to find out that professionally we were right,” Fleishman said.

Matt Hill, executive director of Douglas Timber Operators, said the Archie Creek Fire burned about 60,000 acres of private timberland, and about 15 billion board feet of timber has been killed by fires in Oregon this year. That’s three times the annual timber harvest on publicly owned and private forestlands across the state.

The loggers and others who work on private timberlands were key to helping contain the Archie Creek Fire east of Glide. They had the equipment and manpower to help create containment lines.

Hill argued that fires like these lead to significant carbon release that contributes to climate change.

Fleishman said the smoke from wildfires doesn’t add a significant amount of carbon to the atmosphere. However, Hill said most of the carbon release comes after the fire. That’s because massive amounts of carbon-eating vegetation, now dead, will be emitting carbon instead of sequestering it.

“Modern forest management has to play a role in any reduction in greenhouse gas emissions. And loggers need to be put to work toward that end rather than being put out of work,” Hill said.

Hill doesn’t deny that climate change has an impact, but he said fuel rather than climate change is the primary issue in modeling how fires behave. He believes good forest management can help reduce the risk.

“The consequences of inaction are staggering, and that has to be part of the consideration. I would urge my counterparts at other organizations to really take in what’s happening here and I think there can be common ground,” he said.

Fuels, climate and winds created a “perfect storm” this month, leading to the wildfires, he said.

“But in some sense, wildfire can be a preventable hurricane. It’s something we can do something about, and I think the lesson from all of this is that we all need to be doing more on the landscape, not doing less,” he said.

OSU Professor of Silviculture and Fire Management John Bailey said forest conditions like those on the ground today haven’t been seen in a very long time.

“Most of our forested acres have more fuel on them than they have ever had. We have created forest types and structural conditions that have probably not existed at least since the last glaciation 12,000 years ago,” he said.

In Bailey’s view, it is the interplay of both climate change and fuels buildup that leads to wildfires, and he finds it “odd how people construct these strange divides” in the political arena.

Even without climate change as a factor, though, he said the buildup of fuels would “still catch up with us.”

One big factor in fuels buildup has been four decades of active fire suppression on federal lands. As the natural fires that would have cleared away some of the vegetation on a smaller scale were prevented from doing so, the fuels have built up.

“Those damn trees have been growing every year. Every day, every week, every month, every year the vegetation is growing and accumulating biomass,” Bailey said.

At the same time, changes in forest management have led to only about one tenth of what used to be removed being logged or cleared away.

“So then we match up that landscape-level fuel accumulation with drying climatic patterns. I did not need a crystal ball 10, 15, 20 years ago when I started saying this is going to be a problem,” Bailey said.

Bailey said he’d never say it’s possible to log our way out of the problem. Bad logging practices can make the fuels picture worse, he said.

Prescribed burning is one of the solutions. Intelligent logging practices can be another, he said.

Bailey said old growth trees are more resilient to fire, at least as individuals. Their bark is thick and crowns high up off the surface.

“400 and 4,000 years ago, the vast majority of older, larger trees survived low and big severity fires because they were resistant as individuals and that tended to make the stand resilient,” Bailey said.

As smaller vegetation was killed, making space for regeneration, old-growth forests would bounce back.

“Fire under those terms is probably as important for creating old growth as for destroying old growth,” Bailey said.

Prescribed burns are a great way to reduce the risk of out of control fires that threaten the places where people live, Bailey said. They are a very old tool, a method that was actively practiced by some Native American tribes to clear land before white settlers arrived in Oregon.

But he said increasing prescribed burns may require some changes to the laws on air quality.

Bailey argues it’s better to have a little bit of extra smoke in the air during prescribed burns than the off-the-charts air quality hazards that communities across Oregon have faced from this month’s conflagrations.

Smart logging to remove excess fuels doesn’t involve clear-cutting, but rather removing trees and underbrush in a pattern that mimics the impact of a smaller fire.

“You’re taking them out in a clumpy, groupy pattern and creating small regeneration areas, emulating smaller scale disturbances rather than the big fire or big clear-cut style clearing,” he said.

On the other end of the spectrum, private timberland owners will want to manage the forests as tree farms, he said, with plantings of staggered age, grown to harvest in rotation. There the best bet is to clear as much fuel off the site before planting as possible, he said.

For now, the climate continues to warm and the fuels continue to grow. Fleishman said all other things being equal, scientists project the wildfire situation will only get worse.

“There is some level to which it depends on how people respond, how people respond in the short term in terms of adapting to that increase in fire risk, and over the long term to try to minimize emissions of greenhouse gases,” she said.

“I think science suggests that doing both has the greatest likelihood of over the long term reducing fire danger, reducing the size and number of fires, but either one is going to help to some extent,” she said.

Bailey said it’s time for an end to political division and to move on to solutions, including reducing fuels.

“Hopefully people get the message now that it is here, it is real, we have got to come together and address this. Maybe 2020 is the year,” he said.

Remember when climate change was a hoax invented by the chinese?

Nice article. Thank you. A couple of concerns: the use of the word degrees begs for further explanation – – do you mean centigrade or Fahrenheit? I'm certain you mean Fahrenheit, and I certainly hope so. The assertion that only 10% of the amount of material is removed from the forest as used to be removed is a bit suspect, in my opinion. Documentation of this would be useful. Finally, I would add that forest fuels could be chipped and incorporated into soil, and could also be used to create biochar, which would sequester carbon for many hundreds of years, and promote the health of growing plants, and the entire community of bacteria, fungi, invertebrates and vertebrates.