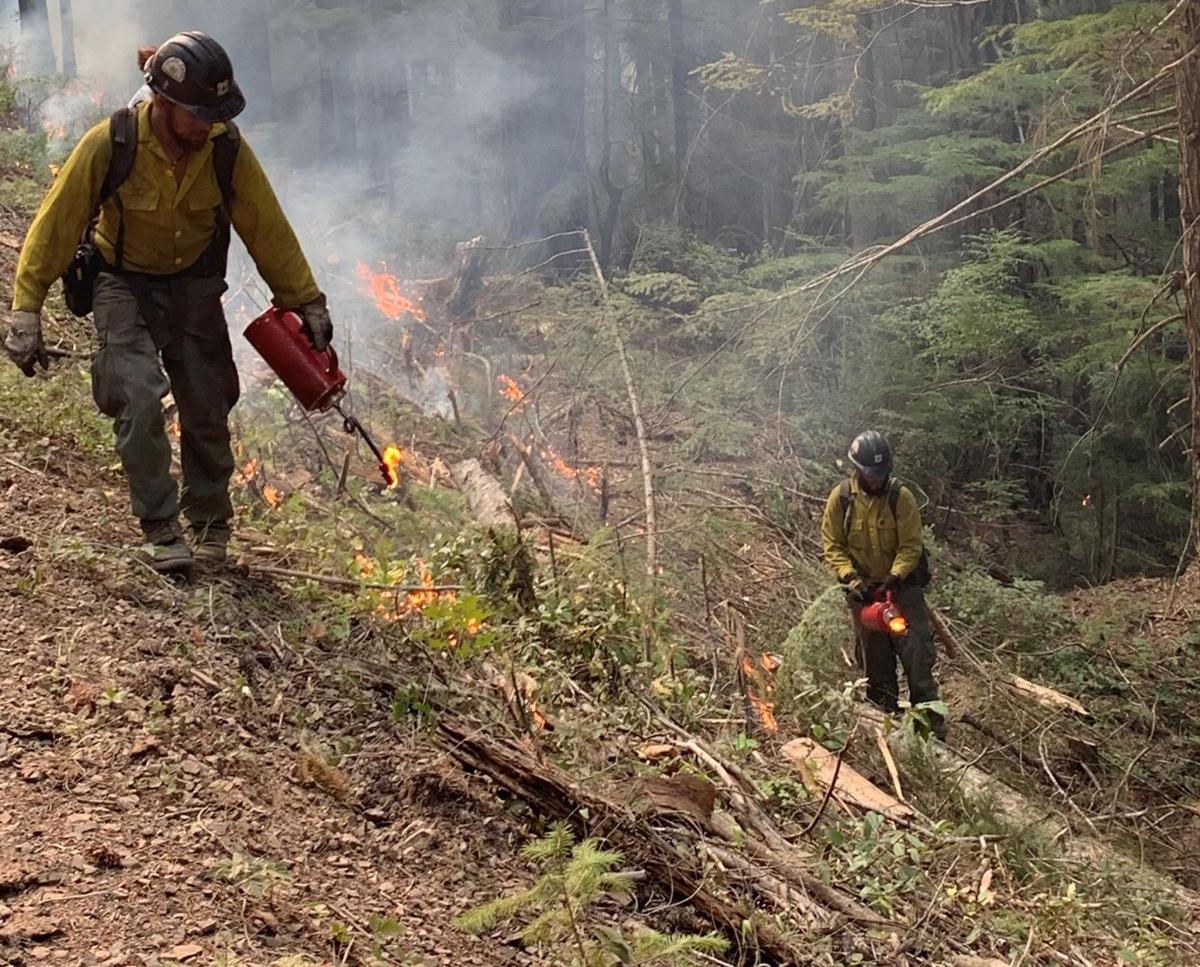 Firefighters use drip torches to perform burnout operations on one of the fires in the Devil’s Knob Complex near Tiller. 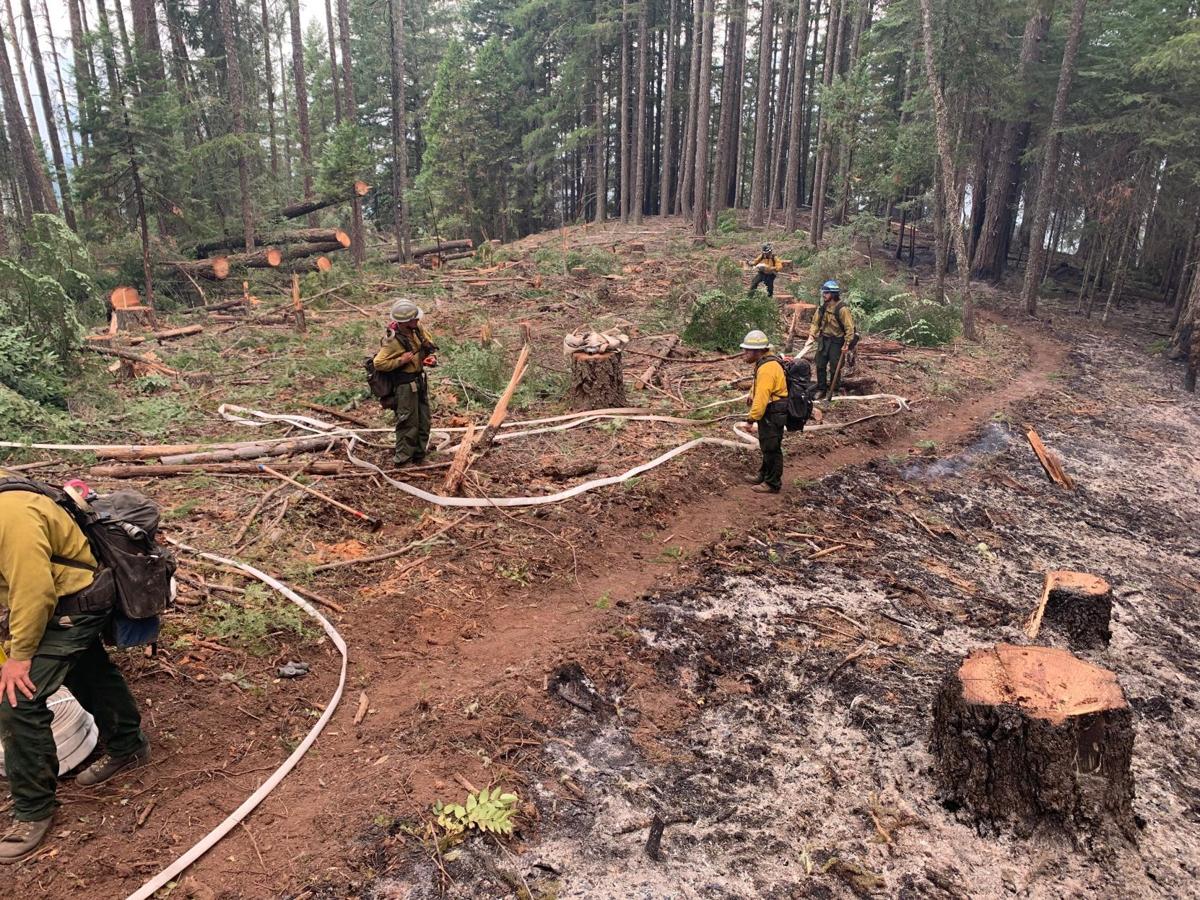 Firefighters use drip torches to perform burnout operations on one of the fires in the Devil’s Knob Complex near Tiller.

The Smith Fire on the Devil’s Knob Complex burning north of Tiller has more than doubled in size since Friday and remained on the move to the north and east Wednesday.

Estimated at 4,964 acres Friday, the Smith Fire has grown to 11,157 acres and is moving close to the southern boundary of the Jack Fire burning between Steamboat and Dry Creek east of Glide.

Crews have been using United States Forest Service Road 28 as a primary containment line for the Smith Fire, but that blaze has posed multiple challenges to break that containment line over the past two days.

“(Smith) passed our primary control lines Sunday and continued to push east toward Ash Valley,” Jaques said. “Our people are dealing with difficult terrain and trying to get to the fire.”

While overnight temperatures have remained in the high 40s and lower 50s and relative humidities have been high, the rapid change to higher temperatures, lower humidities and gusting winds have ramped up activity on the Smith Fire over the past several days.

Two task forces of fire engines from Douglas and Linn counties, as well as crews from the Douglas Forest Protective Association, have been dispatched to Ash Valley to protect homes in the area.

There are a total of 674 firefighters assigned to the Devil’s Knob Complex, which as a whole had grown to 25,136 acres and was at 25% containment.

The Big Hamlin Fire, which has grown to 12,470 acres largely as a result of burnout operations, was largely in mop-up status as of Wednesday morning. The remaining smaller fires are on patrol status.

East of Canyonville, the Skyline Ridge Complex has not seen additional growth since Thursday, remaining at 5,760 acres with 95% containment. The largest fire on the complex, the Poole Creek Fire, burned 5,291 acres.

Further north, the Rough Patch Complex continues to give firefighters problems. Burning 10 miles north of the Jack Fire, the complex had grown to 25,711 acres while remaining at just 3% containment.

The two most problematic fires on the Rough Patch Complex, the Chaos and Little Bend fires, still had no completed containment lines as of Wednesday.

There are a total of 704 firefighters assigned to the Jack Fire and Rough Patch Complex.

The Swiftwater Fire was contained to 1/100th of an acre.