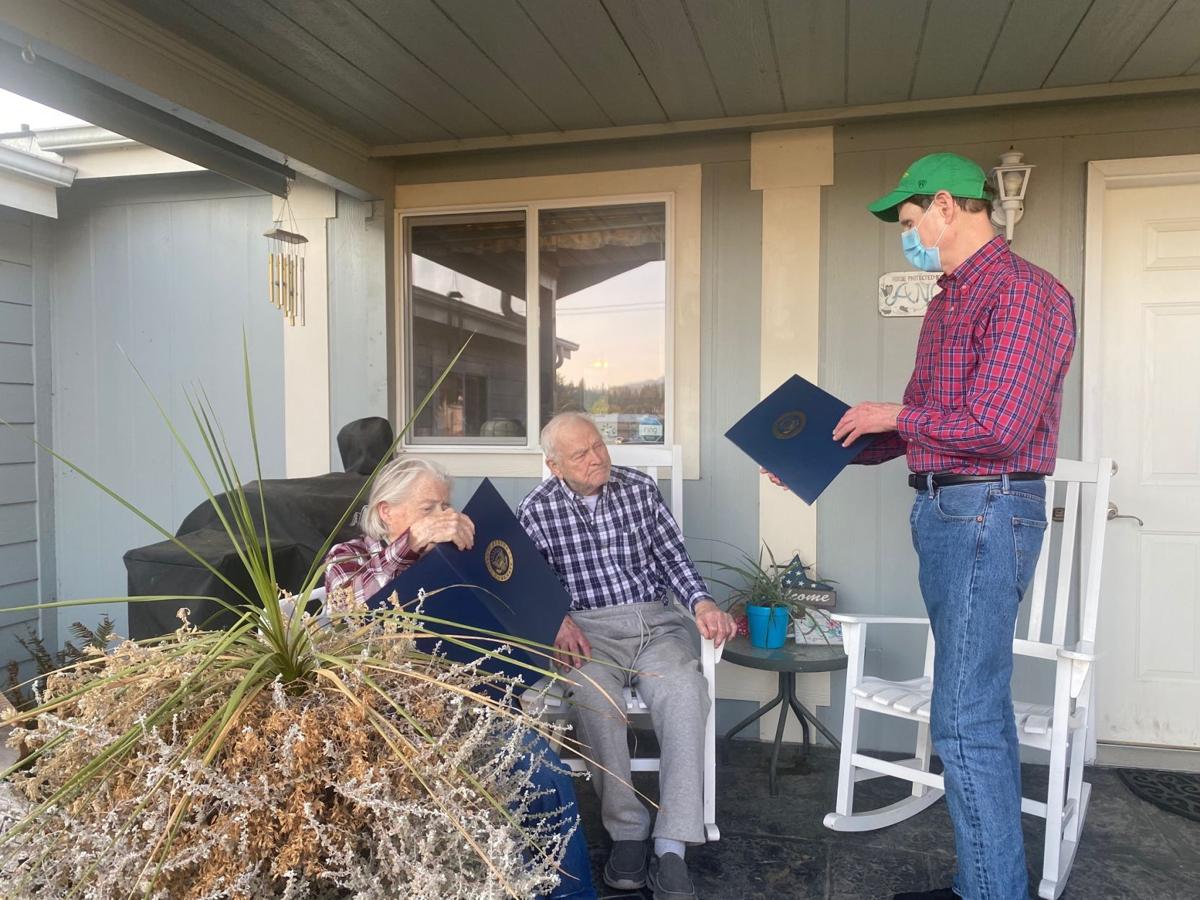 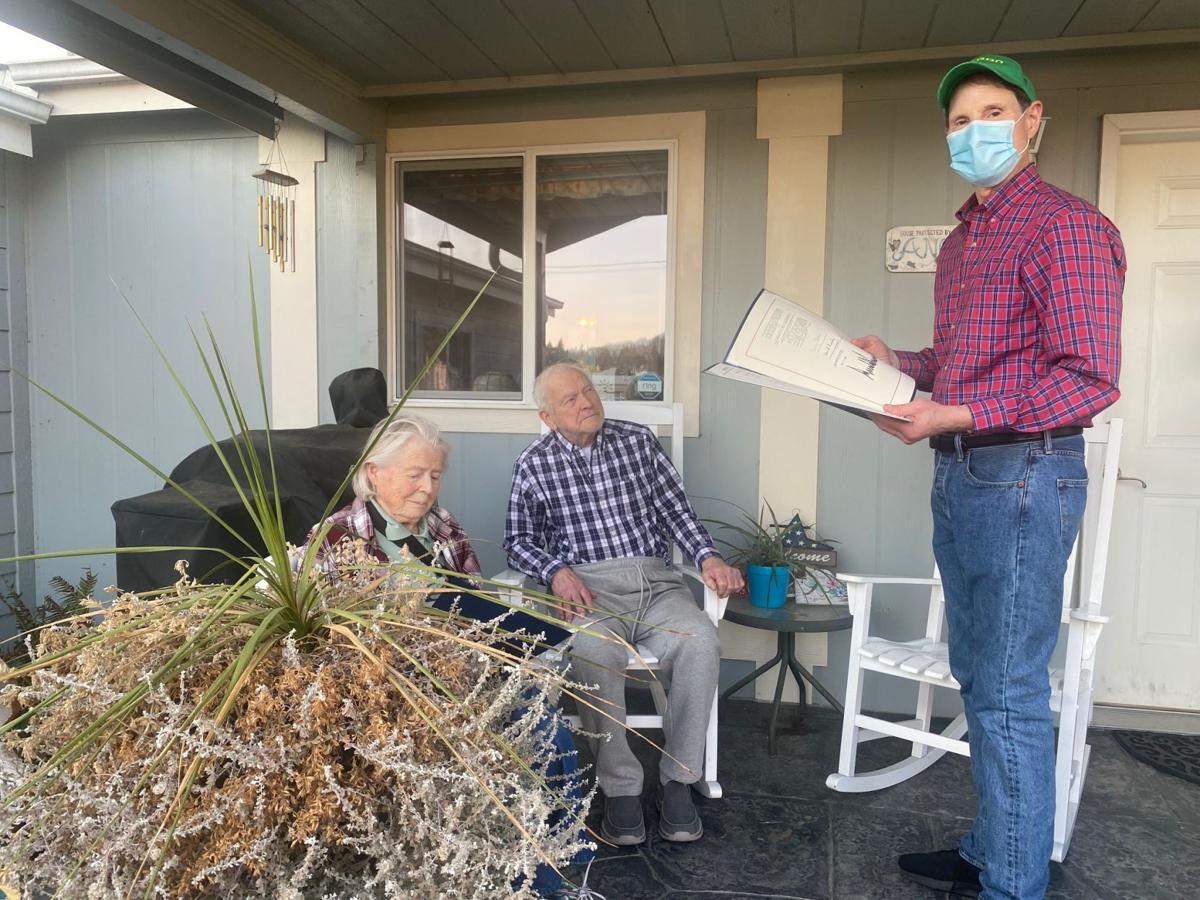 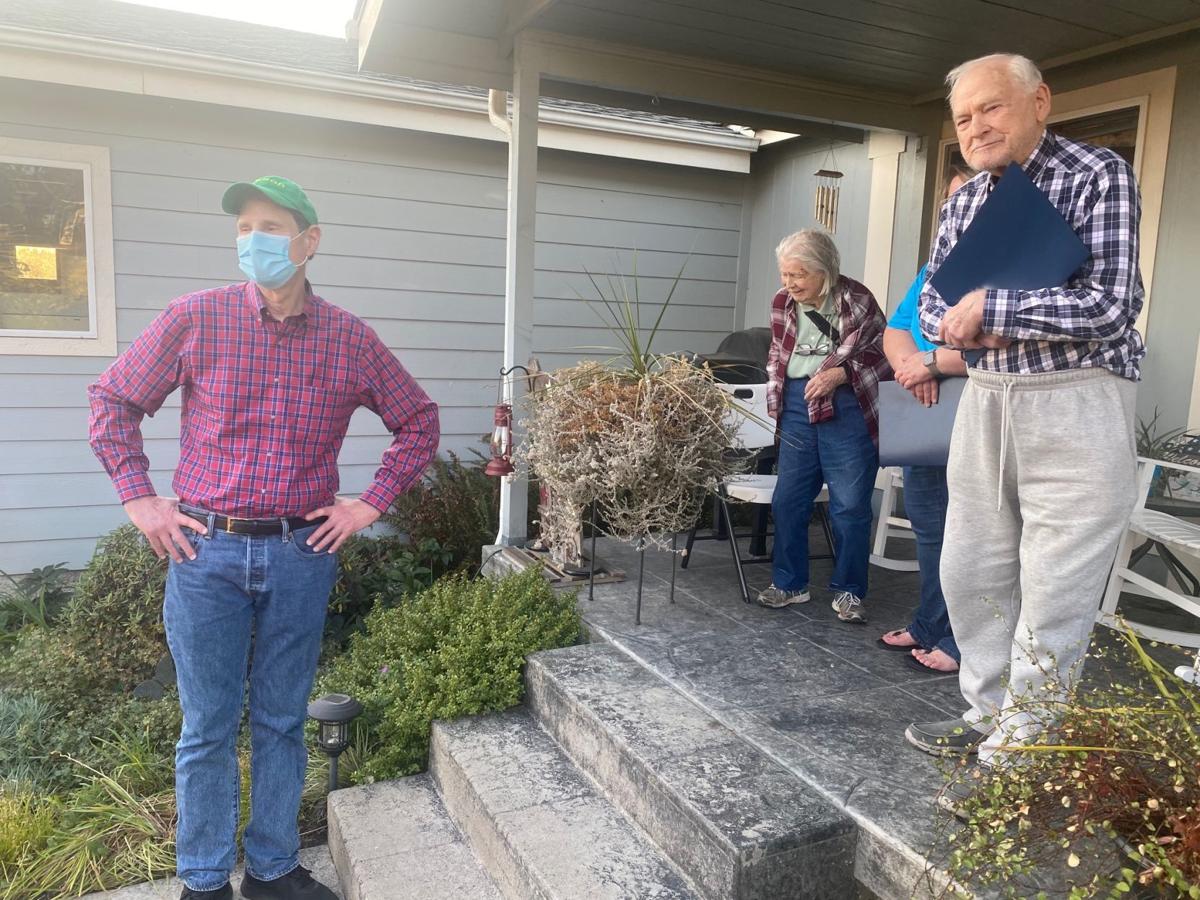 U.S. Sen. Ron Wyden, D-Oregon, visited Frank and Jeanne Moore on Saturday to present them with one of the items they lost when the Archie Creek Fire burned their Idleyld Park home to the ground.

The Moores are longtime conservationists whose efforts led to a 100,000-acre stretch along the North Umpqua River being set aside as the Frank and Jeanne Moore Wild Steelhead Special Management Area.

Their copy of the bill that created that sanctuary was lost in the fire. But Wyden — who was the bill’s sponsor — brought them a replacement. The Moores are now both in their 90s, and the bill recounts their conservation efforts.

While the Moores lost their home, a spokesperson for Umpqua National Forest said in an email the fire did not reach the steelhead management area.

Wyden visited the couple at the Glide home of their daughter Colleen Bechtel and her husband, Tim Bechtel.

In an interview with The News-Review on Thursday, Wyden said Frank Moore was “his usual effervescent self” on Saturday.

The pair, he said, are “vintage Oregonians.”

“You know folks in Southern Oregon have taken yet another big wallop and so many have lost their homes and they’ve lost their possessions, but I’ll tell you they sure haven’t lost their spirit. That’s the Oregon way and that’s the Moore way,” he said.

He said Frank Moore, a World War II veteran, told stories about the war and about Jeanne Moore.

Wyden said the Moores have guided generations on the river and in the community.

“As soon as we learned that they’d lost everything in Archie Creek, we said we’ve got to get out there,” he said.

Frank and Jeanne Moore could not be reached for comment on Thursday.

Wyden also spoke about the recent approval of the request from himself and U.S. Rep. Peter DeFazio for Federal Emergency Management Agency funding for local cleanup of hazardous debris that was burned in the Oregon wildfires.

Without cleanup efforts, the materials could reach the rivers and the water supplies of Oregon communities.

Douglas is among the counties that will receive the funding, which would come in the form of reimbursement for most of the cost of cleanup efforts.