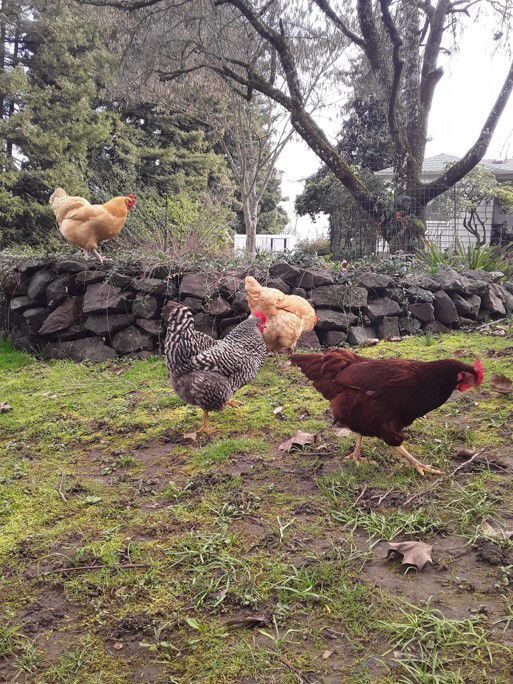 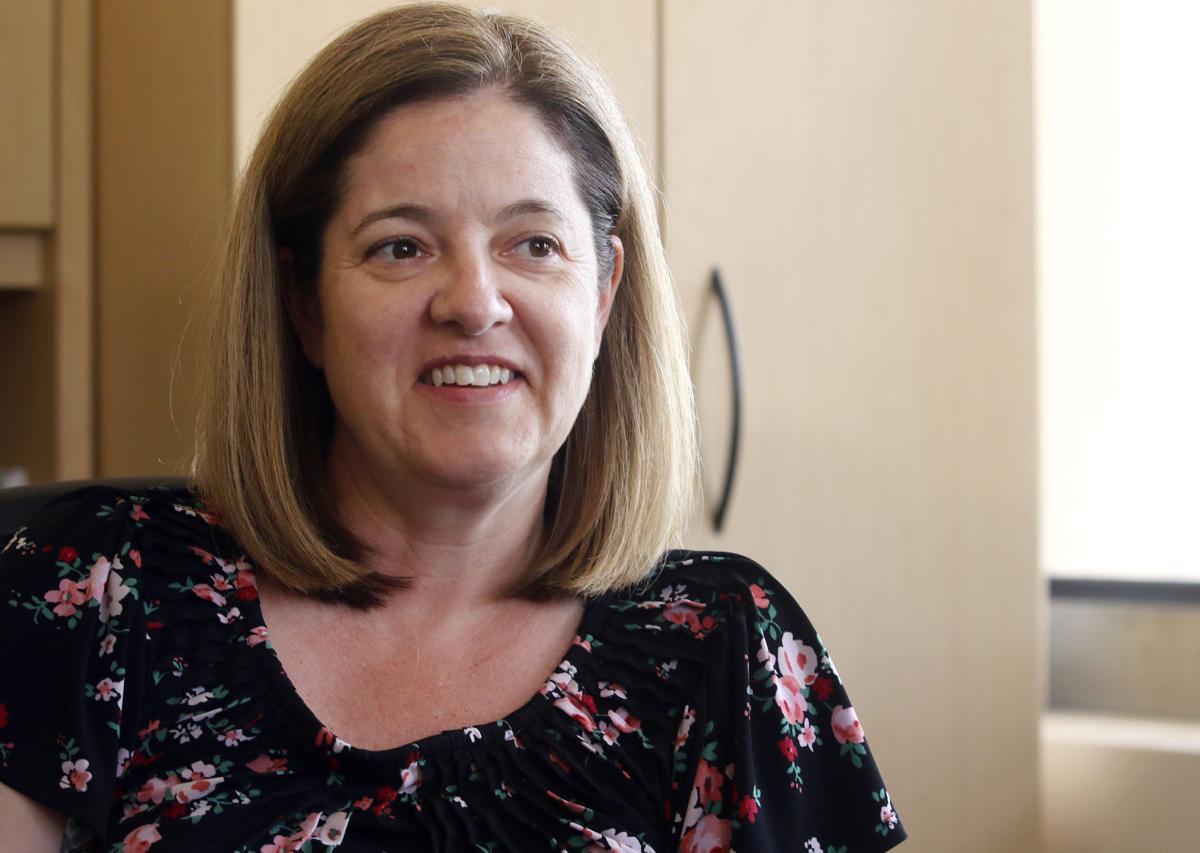 Nikki Messenger became city manager in Roseburg history in 2019. She’s facing allegations from Ashley Hicks that she doesn’t reside within the city limits, which is a condition of her employment. 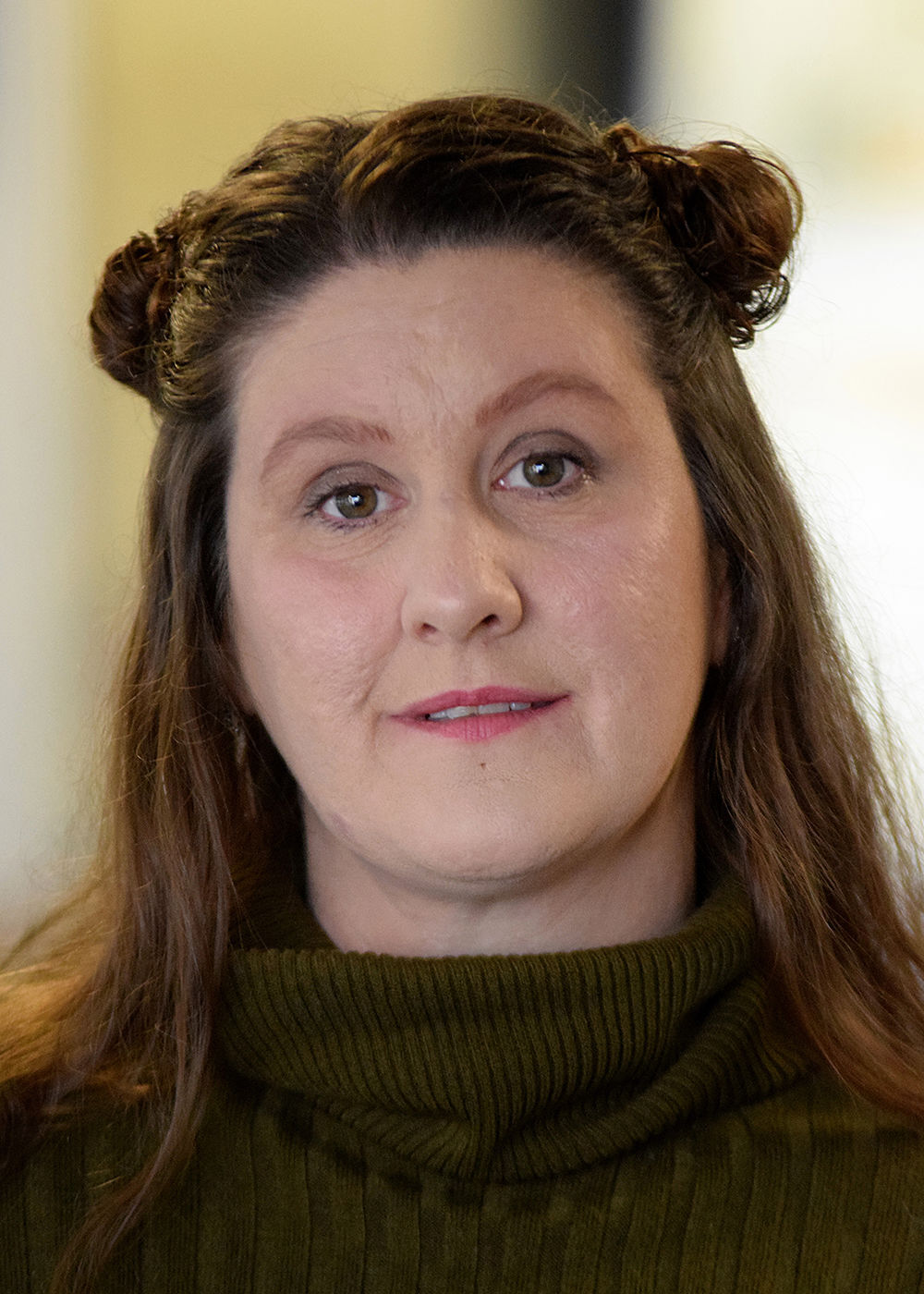 Nikki Messenger became city manager in Roseburg history in 2019. She’s facing allegations from Ashley Hicks that she doesn’t reside within the city limits, which is a condition of her employment.

It looks like Ashley Hicks is going to have to get rid of her pet chickens after all.

Hicks, a former Roseburg city councilor, took a novel approach in her efforts to keep the four birds after city officials revoked a permit she had been granted to have them: Hicks claimed she needed the chickens as emotional support animals to help her cope with some mental health issues she was dealing with.

In her formal appeal to the city to keep her farm animal permit, Hicks included a note from her doctor verifying her need for the chickens. City Manager Nikki Messenger denied Hicks’ appeal.

“The Roseburg Municipal Code defines staff’s authority in this matter,” Messenger wrote in a letter stating her decision. “There is no evidence to suggest the police chief made an error in his determination to revoke the permit. As such, I uphold the police chief’s decision and the permit revocation. Ms. Hicks has 10 days from the date of this decision to either remove the livestock from her property or petition the City Council to review the decision.”

The letter was dated April 26, which means Hicks has until Thursday to remove the chickens or appeal to the City Council. Hicks declined to comment on the denial of her appeal or what she plans to do next.

Hicks lives on Southeast Flint Street, a few blocks west of downtown Roseburg. Her home backs up to the South Umpqua River. Last summer, Hicks got a permit for her chickens and ducks. She said she went door-to-door to get the 23 signatures of neighbors that were needed and paid the $50 permit fee.

Hicks said it is those incidents that prompted Osborn to take action to have Hicks’ chickens removed. Osborn herself served a total of 10 years on the City Council, from January 1991 to December 1998, then again from January 2007 to December 2008.

Hicks said Blevens is elderly and didn’t understand the proceedings, a fact that Messenger and Roseburg Police Chief Gary Klopfenstein dispute. Messenger said Klopfenstein reached out to Blevens initially to see how she felt about the chickens, and then as a courtesy to Blevens went to her residence personally to pick up her letter objecting to them.

At the bottom of the letter, Blevens scrawled “I don’t want chickens.”

The hearing on Hicks’ appeal of her permit revocation was held via Zoom on April 6. During the hearing, Hicks listed a dozen reasons that she should be allowed to keep the chickens, including:

This is not the first time Hicks has butted heads with Messenger and other city officials. Her four-year tenure on the City Council was rife with controversy before she was defeated in her bid for re-election in November.

In February 2020, Hicks was sanctioned by the City Council for comments she made on social media in support of a homeless camp near the airport. Later that year, Hicks filed a formal complaint against Messenger, accusing her of violating the city charter by not living within city limits. The City Council dismissed Hicks’ complaint, calling it unfounded.

In a brief comment Tuesday, Hicks said she continues to have problems with her neighbor’s dogs, that she believes were in her yard again last week, going after her chickens. Hicks said when she got home three hens were gone and the one remaining bird was limping. A few hours later the others returned, except for one. A few days later Hicks said she found the bird floating in the water.

“I am down to three chickens as of today,” she said. “Two of the three are injured.”

In the past I had chickens, ducks and geese on the edge of town, near wooded areas and fields. Ashley lives on the river. It's highly irresponsible to keep these animals in such a setting unless you provide secure fencing to protect them not only from roaming dogs, but from the many wild predators that are natural to the river and woods.

Susie was wrong for letting her dogs run loose and Ashley was wrong for not protecting her chickens and ducks from urban wildlife and loose dogs. This whole thing smacks of a petty neighborhood squabble with everyone doing the wrong thing.

In my experience the local police were extremely cooperative and helpful about permits as long as you were providing a properly safe environment for your feathered friends. Without secure fencing, your city chickens and ducks are in danger.

Hicks is in the right here. Any lawyer could easily win this. I suggest she find one out of the area and make the City pay for her lawyer fees. The neighbors dog should be put down. I would suggest Hicks read ORS 609.140. She is entitled to receive the cost she has invested into those chickens to raise them.

It appears to me that Hicks is mostly in the right here. She got the signatures and the permit; a neighbor's dog repeatedly came onto her property and killed and maimed her chickens and ducks, and the dog's owner poses as the aggrieved party.

People who are often irritating and unappealing can also be in the right. Dogs--and I love dogs--can be deadly; humans --and the jury is still out, on humans--are responsible for their dogs' actions.

I agree with Joe. 23 signatures to get a permit, and only 2 signatures to get the permit revoked? And one of the 2 has an obvious conflict in that it it is her dogs, not the chickens and ducks, that are the cause of the problem.

Citizen Joe: Why are you taking at face value that what Ashley Hicks alleges, is in fact the truth? You base your defense of her predicated on what the NR reports she said -- the NR never said they validated her allegations. I think there is plenty of reasons to question Hicks' credibility. With that said, I also can't believe that Messenger didn't bring in a neutral third party to preside over the hearing. She acted as the hearing officer over an appeal being made by someone whom had filed previously official complaints against her -- and who was the impetus behind Messenger suing the City. Messenger acting as the hearings officer may be legal, but it sure doesn't look good.

Ms. Hicks has mental health issues she is dealing with, she said so herself. Publishing stories about her struggles is feeding into her need for attention and sympathy, and isn't helpful to anyone. I'm guessing Ms. Hicks is the only one involved that enjoys the publicity.